Beinn Alligin in the mist

Beinn Alligin in the mist


We had just about recovered from our Buachaille Etive Mor walk two days earlier, so my daughter Hannah and I, driven by my wife Mary, moved up to Torridon to tackle Beinn Alligin.
Maps and photographs had been scrutinised and everything looked ok until we arrived in Torridon at the same time as the mist, the rain and the midges.

The two of us set off in fine spirits, but didn't see 'Tom' for some time. Conditions didn't improve as we progressed up the path and into the Coire nan Laogh. The path was steep and the sound of my daughter shouting 'Slow down Dad' echoed round the gully. (She would get her revenge later.) 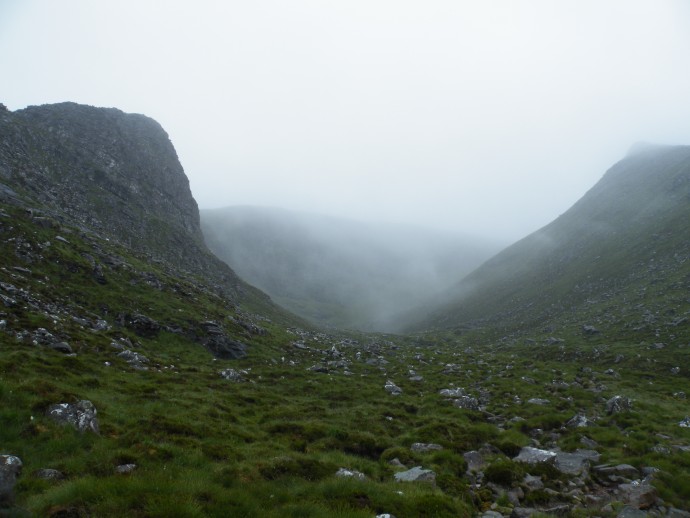 We got to the summit of Tom na Gruagaich in 2 hrs 20 mins which we were quite pleased with, unfortunately there were no views and the route to Sgurr Mhor was not obvious. 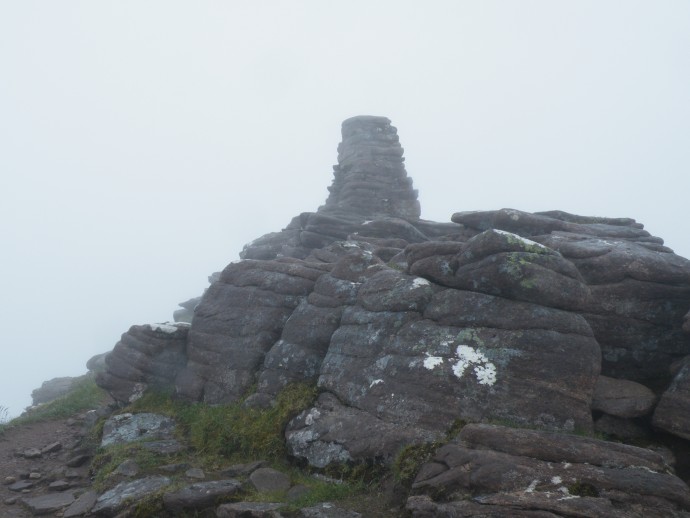 Out came the Harvey map and we headed off towards Sgurr Mhor although the poor visibility meant we took some poor options coming off the summit. Dropped my stick and had to 'de-bag' to get off a narrow ledge I'd found myself on.
Arrived at the Eag Dhubh in the rain and mist, it was a great sight. 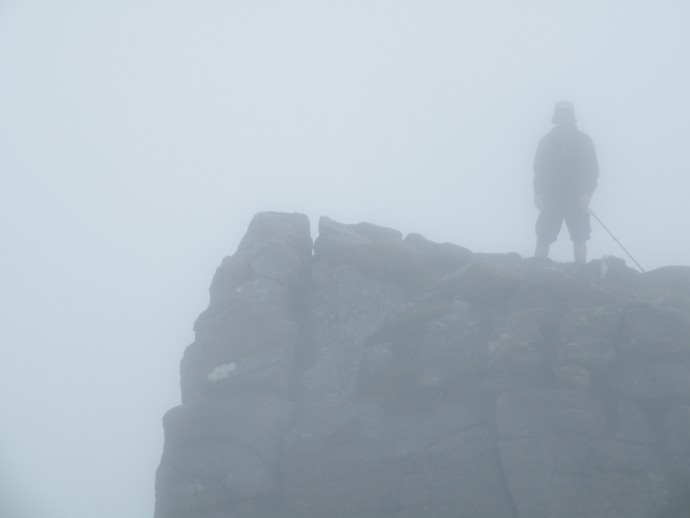 Got up to the summit of Sgurr Mhor in about 4 hours.
I was hoping for a view of the Horns so I could make a decison whether I could get over them, but no such luck.
We scrambled up and down for about 30 mins and it was difficult to tell if we had actually climbed any of them yet.
It soon became 'clear' that we hadn't when a ghostly shape appeared in front of us....it was Horn 1. 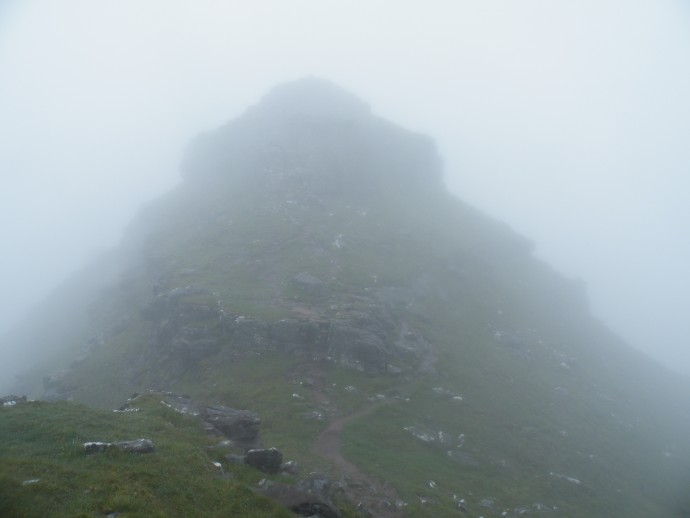 We couldn't see an obvious way up so we took the easy option of the path round the right side.
What a mistake.
This was probably the scariest thing I have ever done. The combination of poor visibility, slippery rock and grass and a huge drop to my right made the next 20 minutes seem like a lifetime. It seemed to take me ages to get passed the first horn via the side path. Hannah did it much quicker and guided me over the parts where I was having difficulty. She reminded me of this several times. She also climbed back up the 1st horn on to the top and found it wouldn't have been too difficult to have gone that way. Hannah coming down from the top of the 1st Horn

We then decided that we would go over the top of the second two Horns and found it reasonably easy and enjoyable. Top of the 2nd Horn Text reads..Hi Mum, can you pick us up a hour later than we arranged?

The climb down and return to the car park took quite some time but conditions were improving and we did get to see a bit more of 'Tom' and the bottom of the Horns. Had a great day, just wish we'd scrambled up Horn 1 and save me all the agony of the slippy path.
Did learn one thing, the easy way is not necessarily the easiest way.