I set off with my brother from Bearsden late in the morning thinking that I could bag the hill and be home in time for dinner, parked the car at the Inn in Inverarnan, geared up and set-off along the A82 towards the bridge over to the campsite. 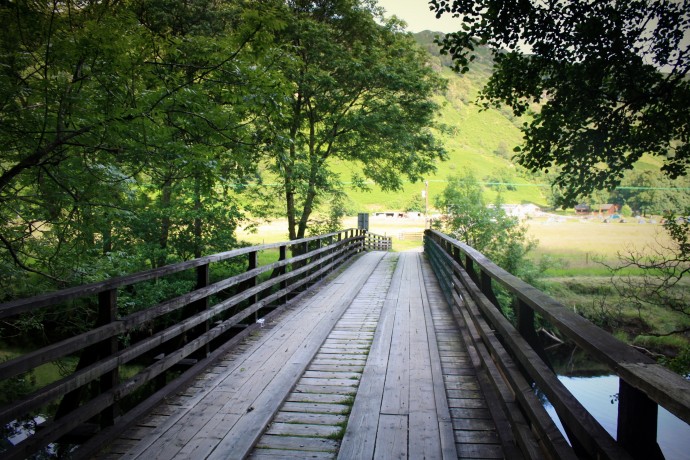 I took some advice from the walk description and cut through the field rather than going through the campsite which was nice, I thought of those walking the west highland way and their long route all the way along the east side of Loch Lomond, a walk I hope to do soon myself.

It was here that I would make a slight error of judgment, taking a wrong turn I crossed the bridge and followed a trail through thick bracken away from the falls, It wasn’t till I couldn’t go any further that I realised I had taken a wrong turn, I retraced my steps and for a few moments was considering calling it a day to research the route a little further and return another time, but on the way back I caught a glimpse of a path on the other side of the falls and decided to go for it, this one mistake added 1.25 hours to my journey!

On a plus note I wouldn’t have gotten as close to the falls as I did had I not taken a wrong turn; 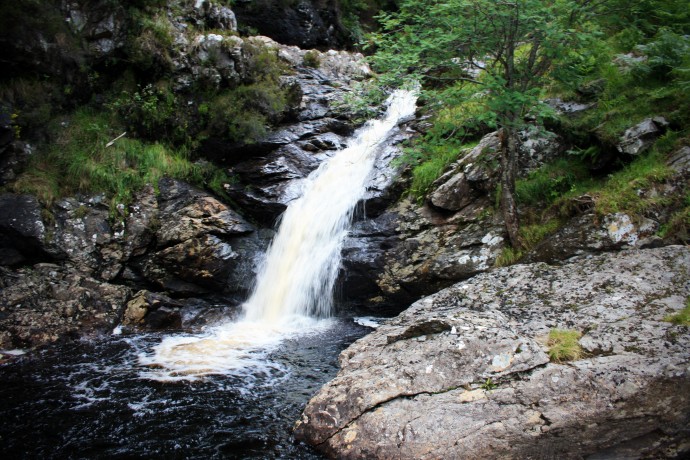 The initial ascent was very steep and it was nice to reach the top above the falls when we did, the path over the moors was very boggy and quite unclear at times but we pushed on alongside Ben Glas Burn to the ridge. 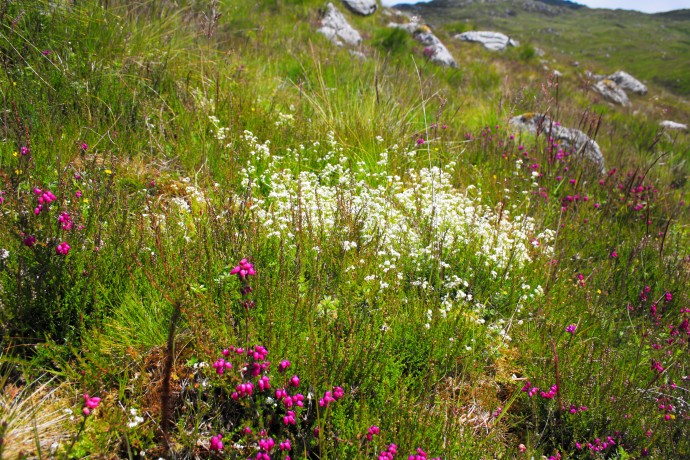 My brothers sharp eye spotted this little guy on our way; 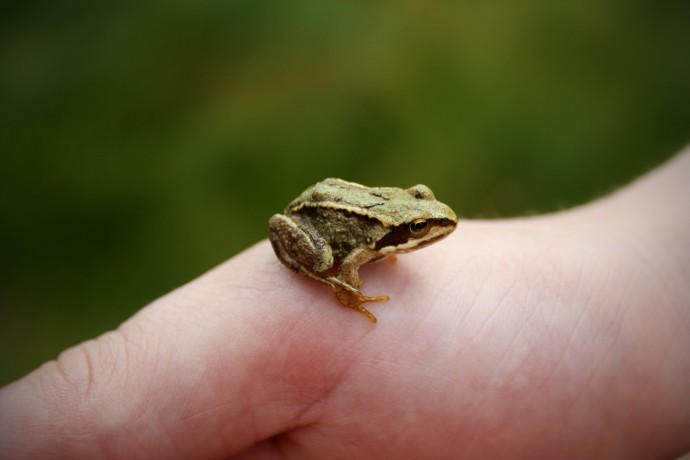 After a hard slog over the boggy moors we came to Lochan Beinn Chabhair and began our ascent onto the ridge. 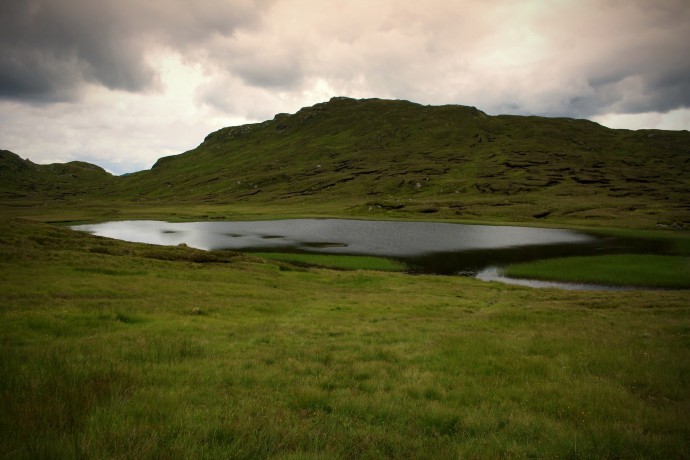 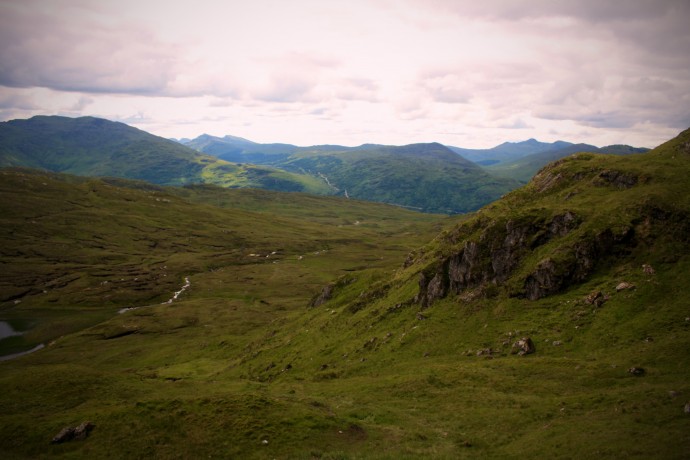 Looking west over the moors we had just crossed, Ben Vorlich looking prominent on the left

Once on the ridge we were gaining height quickly and some fantastic views began to open up, the path was faint at first but after a few hundred feet became very clear and our walk was very enjoyable. 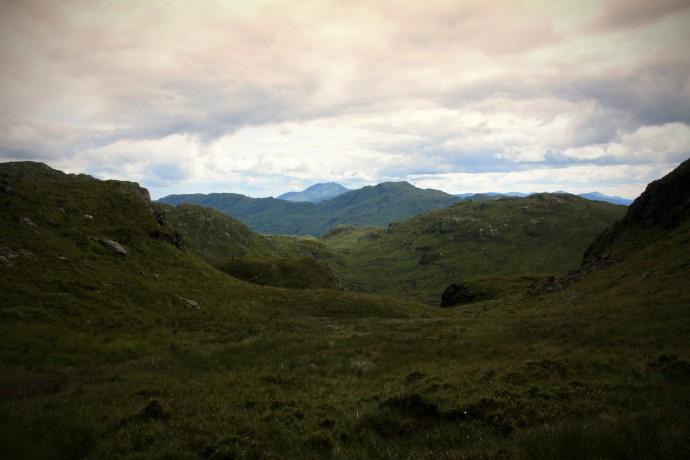 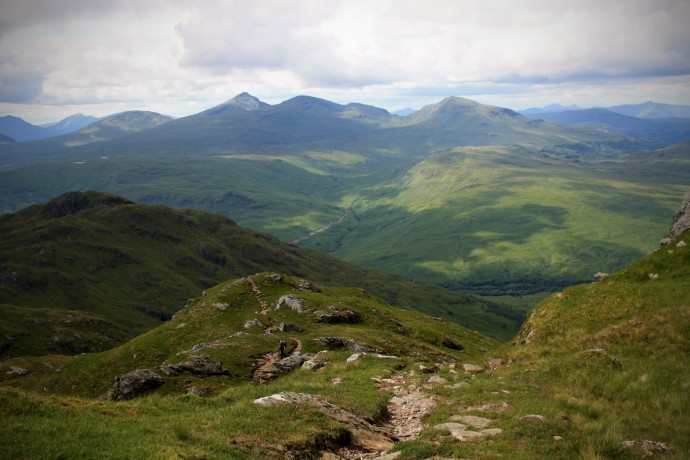 We knew we were almost there when we could see An Caisteal and Beinn a'Chroin, a lovely wee shower cooled us down a bit and gave us this magnificent picture; 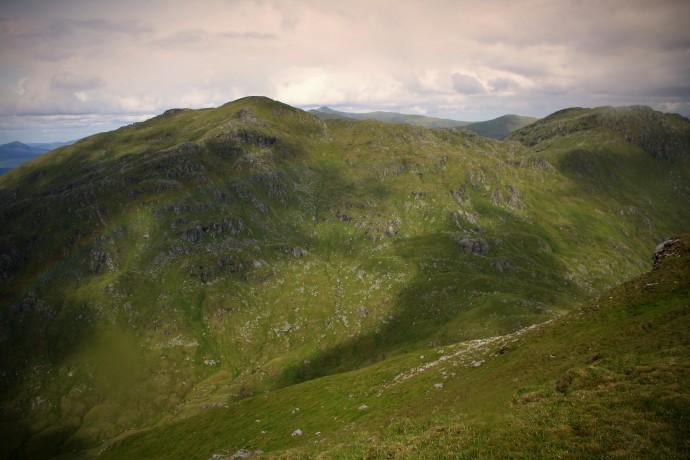 Rainbow in the valley, An Caisteal and Beinn a'Chroin from Beinn Chabhair

The summit's in sight! 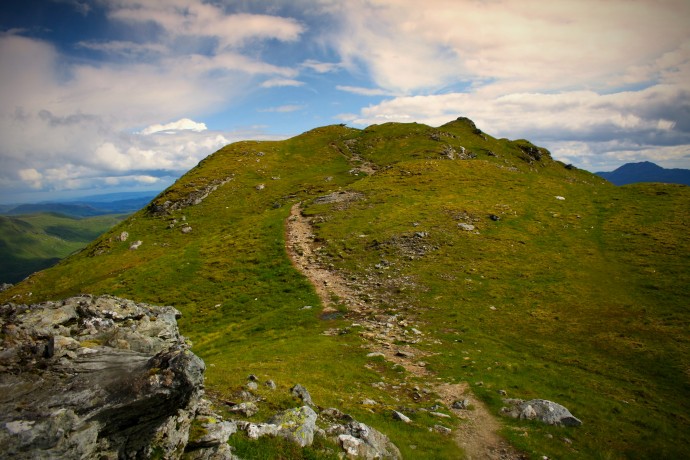 After 5 hours, bog and midges on the moors and a challenging ascent, we made it to the summit and it was definitely worth it, the views were fantastic and we really lucked out with the weather, we even had an appearance from Mr sun which gave me the opportunity to snap some excellent pics. 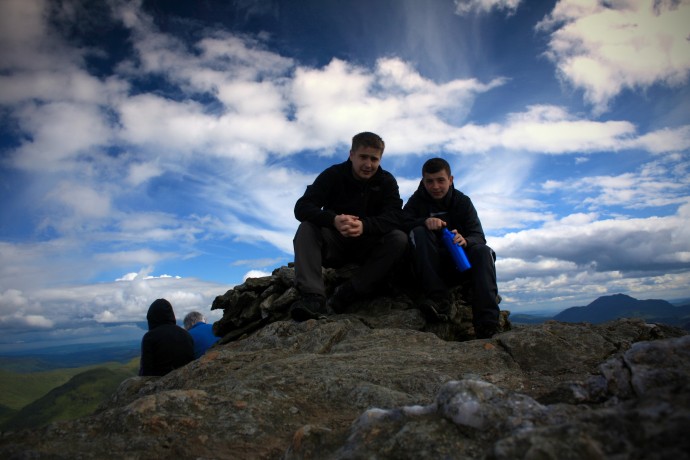 We found a wee spot out of the wind to enjoy a victory sandwich and enjoy the views.

Some photos from the summit; 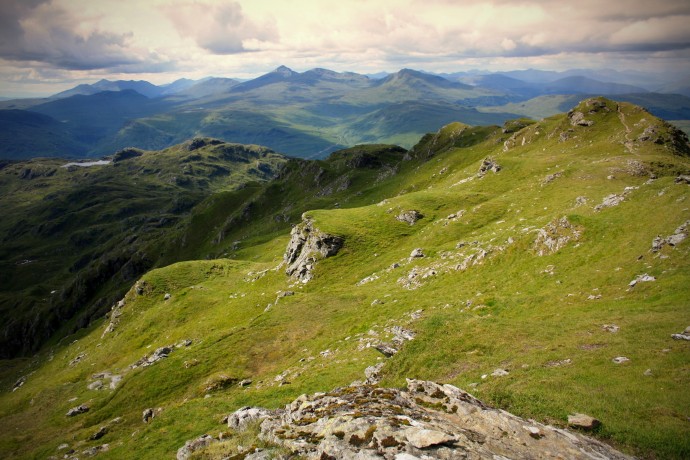 Looking down the ridge from the summit 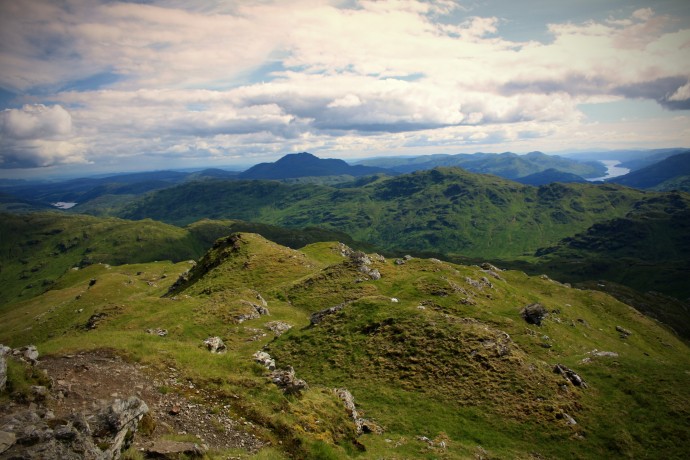 I'm not going to get into too much detail of our descent, the path was much clearer on the way back and we followed it all the way back to the car, here’s some great pictures I got on the way; 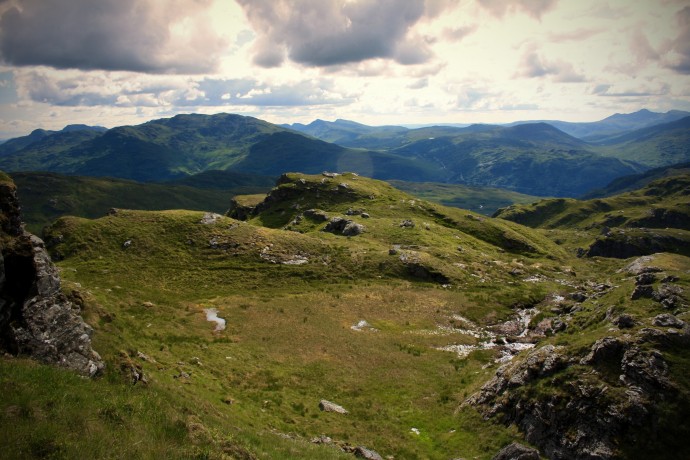 Back down the falls to the stile and over it to descend the final 150 meters or so and the end of a wonderful day; 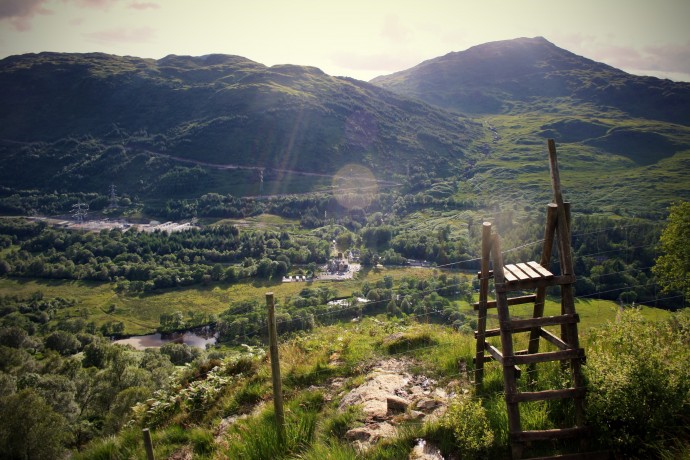 Arrived back at the car bang on 7pm, what a day! The only thing that let me down was my Scarpa boots, my feet were soaked through! I'll put that down to experience.

Aye, it's a bonny part of the world, and you got a bonny day for it.. Lovely photos

Excellent report and pics planning to do this myself later in the month hope I get as good weather!

At least you've done it now though and dare I say, like me, won't be hurrying back anytime soon

5 of us did this yesterday and we didn't get as clear a day as this. On the up side, given the dry spell recently, we encountered very little boggy ground. We could see where it could be very wet. I guess we just lucked out.

We had been putting this off for so long so I'm glad we eventually did it. I thought it was a cracking walk.

I'm also intrigued as to what is on a victory sandwich

Gavin Canavan wrote:It was here that I would make a slight error of judgment, taking a wrong turn I crossed the bridge and followed a trail through thick bracken away from the falls

Beinn Chabhair arrived early in my Hillwalking ventures.From Drovers Inn through the campsite and up the lovely falls is something of an early signal of how tough this walk can be.It`s very wet indeed on the walk up to Lochan Chabhair so best choose this one when there has been a dry spell.

Did this one last Wednesday in the heat and I also made the same mistake going up the right hand side and into the triffid like ferns. But at least I also got some cracking pics of the waterfalls. Then I made a 2nd error and went off the path up a gully thinking it would be faster. Big mistake indeed. Had to go up and down several hillocks to get back to the path. But at least I had a view of Lochan an Chaisteill; that's how far I'd veered off. Sure was glad to eventually find the path............... Was tempted to go for a dip on the way down but I was kinda running late, took me about 8 hrs for the round trip but I was taking plenty breaks for drink and photos...... honest.