This was the best weather we've had this year - really too hot for comfortable walking, but it would seem rude to complain! And I got a decent tan out of it, in places at least...

I had an early start to get the train down from Edinburgh, with just enough time in Carlisle to buy breakfast, then more shopping in Windermere - food, sunscreen and water! I could quite happily just wander down lanes all day, and the Dubbs road was very nice - flowers, birds and shade. The Garburn road is a bit stony, but the views are good. Then onto Sour Howes and Sallows, which apart from being a bit steep to start with were better than I expected. They're still hills, after all, and the views were still improving. 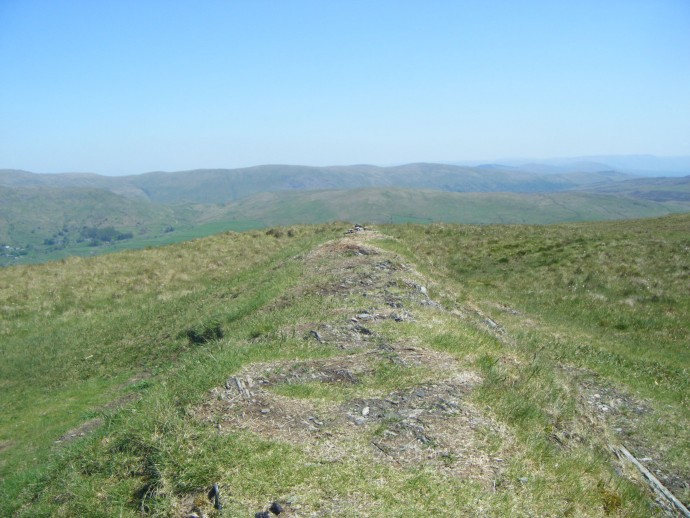 Yoke and the Garburn Pass I stopped at the foot of Yoke for lunch - by this point all I wanted was some shade, but there was none to be found. The view of Kentmere reservoir this time was not quite as exciting as the first time I saw it, climbing Thornthwaite Crag in February, but with no hailstorms there was more time for identifying the hills on the other side! The wind was trying pretty hard to blow me off the ridge, but not quite hard enough - and that just about cooled it down enough for comfortable walking. Ill Bell and Froswick, one hill cut in two

Rather than veering off for the High Street, I kept going in a straight line over Thornthwaite Crag and onto Gray Crag. 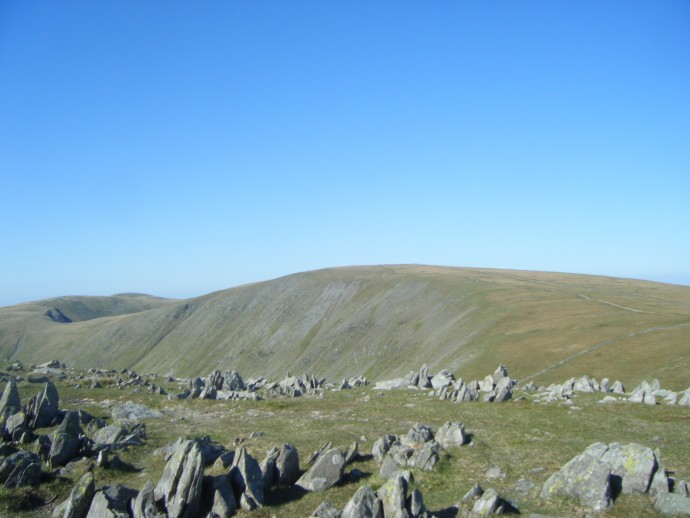 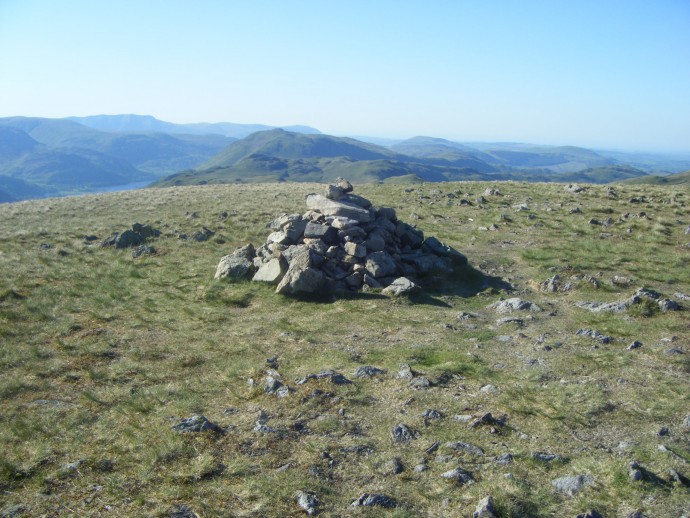 Easy walking as far as the summit, but the descent to Hartsop wasn't much fun - so steep that what I was about to walk over was always hidden behind the curve of the slope. I went down a lot of it on my bottom, sheep droppings not withstanding - and at one point found myself going down something a bit steeper than I intended. The crag I climbed down by mistake

Slow, slow going, but I made it to the bottom in the end, to walk on to Patterdale and the youth hostel and a 9pm-ish dinner! Good to read a description of the "whole" ridge being done - having been on Sour Howes and Sallows myself recently I realised how much fuller such a day is rather than starting up Yoke et. al. from the Garburn Pass.

And you certainly got some belting weather.

Another beauty, two consecutive sunny days in the UK....that must be a record for this year. Great shots again and good to see you had the place to yourself...hiking is always better that way