Cat Bells - A Loop around Dale Head – and Hindscarth

The day started with an early alarm call in order to get across to the Lakes in time before all the car parks filled up. 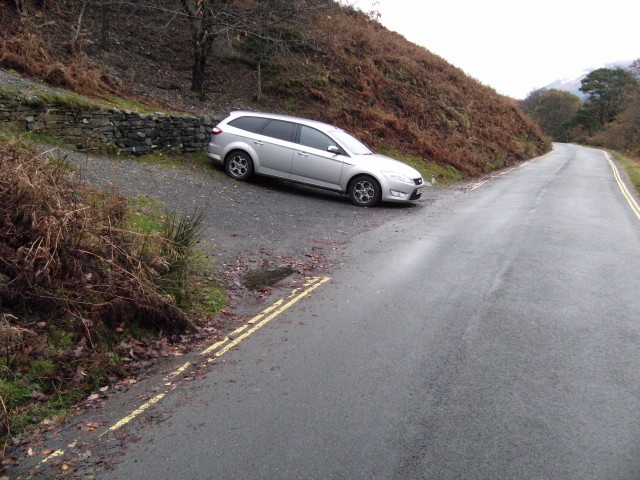 Car parking is tight at the start - early bird catches the worm!

The forecast was for brightening weather, but when I was going across the A66 from Teesside to the Lakes it was absolutely pouring down! I started to question why I had got up early on a Sunday morning and left my lovely wife tucked up in bed if all that was about to happen was I’d get soaked and trudge around my proposed route in waterproofs – not a prospect I was looking forwards to! 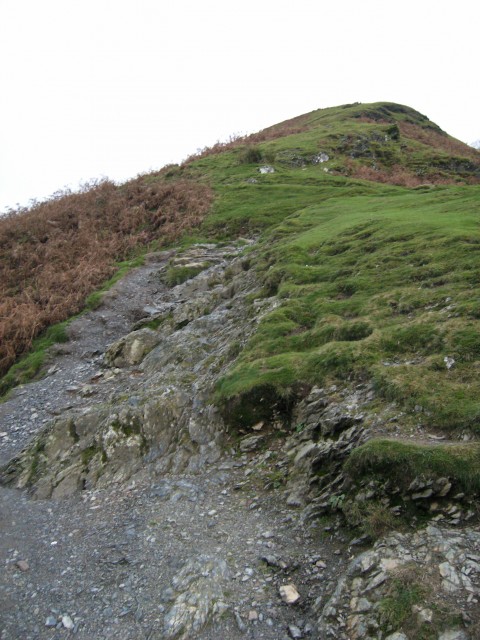 The base of cat bells

When I arrived at the base of Cat Bells it had stopped raining and the cloud cover was surprisingly high. I set of around 0800 and started the climb up Skelgill Bank – This felt steeper than it was I’m sure, being the first ascent early on a Sunday didn’t help much either. 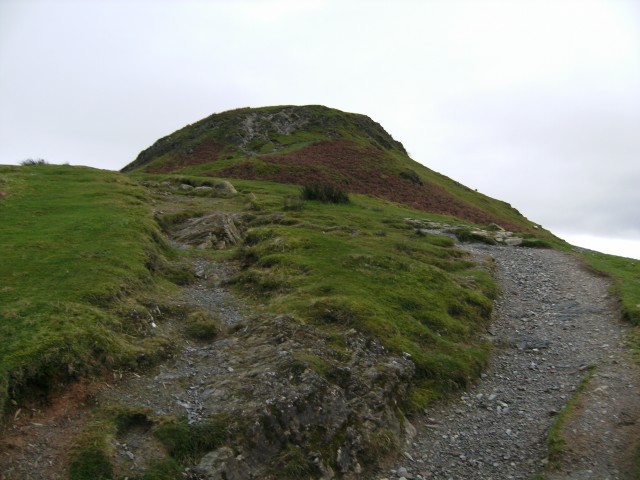 I quickly reached the plateau and could see Cat bells up ahead. The short but steep climb soon had me atop the Bell and the views back down the ascent route and across Keswick were worth the early effort. 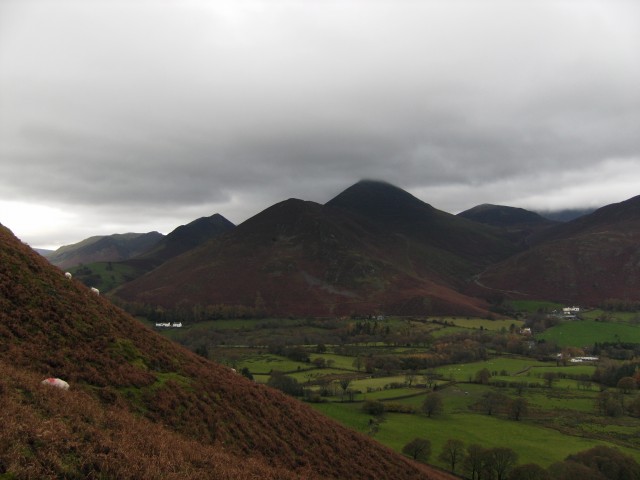 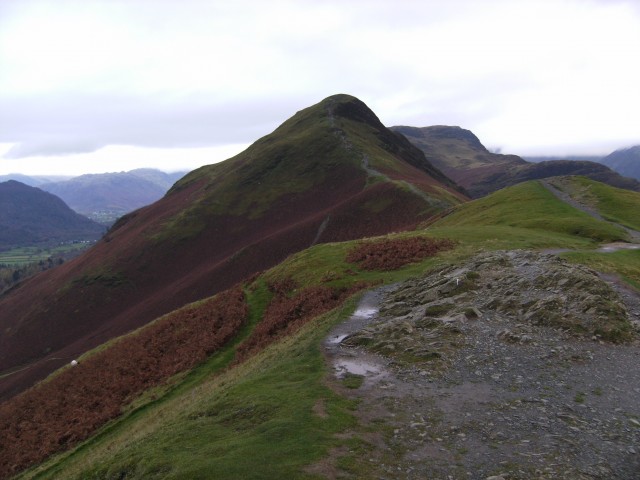 1st look at the Summit

From Cat Bells I could see the path clearly dip down and climb again onto Maiden Moor. I could also see sheets of rain cascading down the valley and heading towards me! I was also approaching the lower cloud limit which was around 560m today. 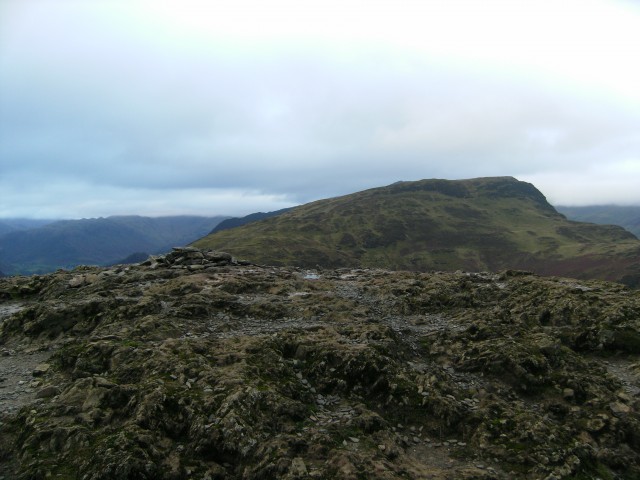 None the less I pushed on passed the dip and then up onto Maiden Moor. The summit cairn came quicker than I expected but so had the mist, so I didn’t get a very good view from Maiden’s summit. I also decided to push on to High Spy in the vein hope that the cloud cover would lift and give me the views I was looking for. 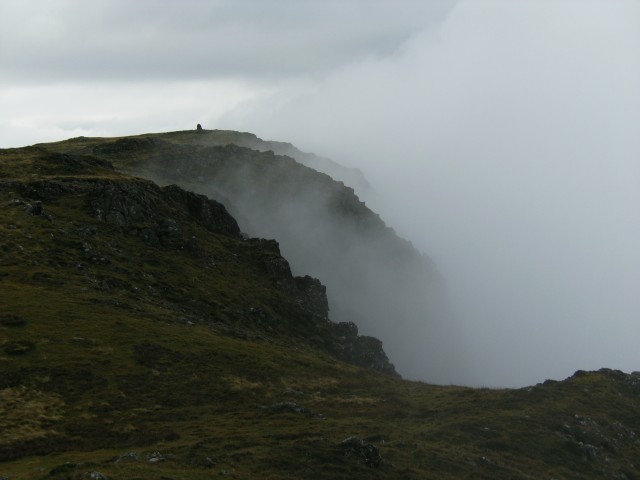 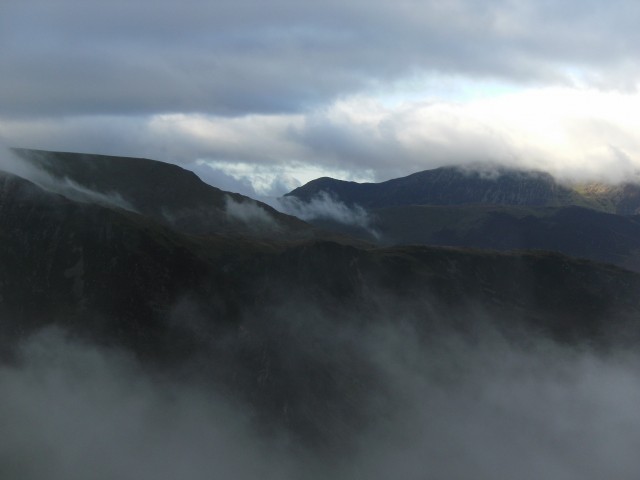 As I walked across Narrow Moor I could see glints of blue sky wielding overhead. Shortly after I this the cloud rose and I was rewarded with some cracking views back down the ascent route and into the valley below. 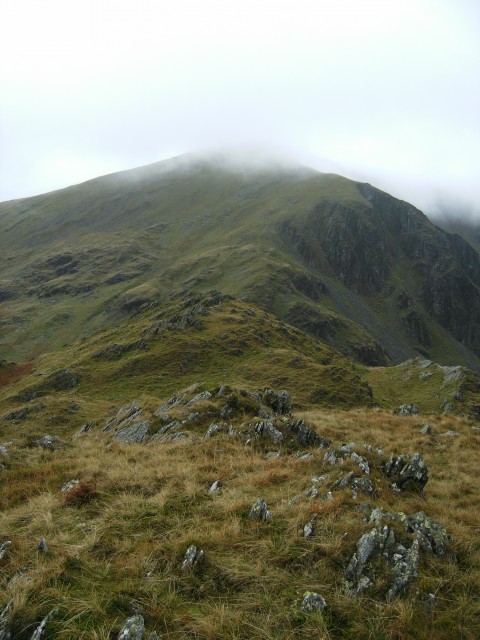 From High Spy the path descended sharply down to Dale Head tarn, where I opted to stop for a bite to eat and enjoy another short spell of early morning sun breaking through the low cloud. I was quietly optimistic that the cloud would eventually clear as I was looking forwards to the views from Dale Head which I had seen on the internet. 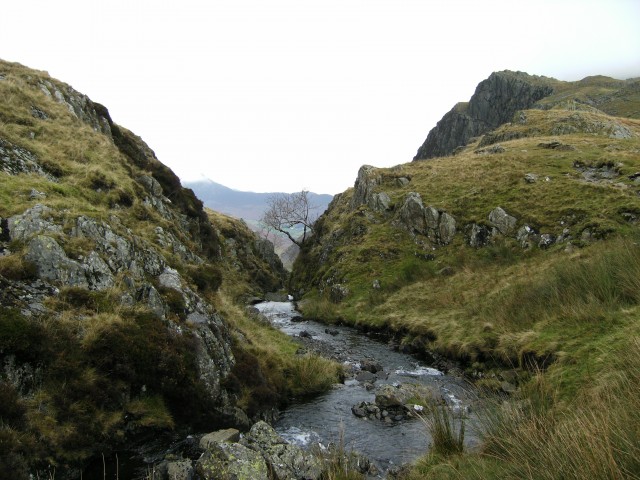 I pressed ‘on and up’ as they say with a steep climb up the Eastern side of Dale Head – I can only imagine how stunning the views must have been to the North into the valley below, as I climbed into ever thickening cloud. Having said that, the mist was a distraction from the climb, which at times, was surprisingly steep. As with High Spy the summit cairn was reached with minimal fuss but alas the low cloud had not lifted! I took the obligatory summit cairn shot non the less and marched on as it was quite cold and damp stood atop Dale Head.

Following the descending path away to the North West it took me across Hindscarth Edge, the going was very easy and quickly despatched. I then made a right turn and headed out across the top of Hindscarth Crags to the name sake summit – which was an innocuous cairn made into a circular shelter. A lonely hiker was ensconced within sipping on a hot beverage of some kind – I bid him a cheery ‘Good morning’ and continued on my way down off the summit. 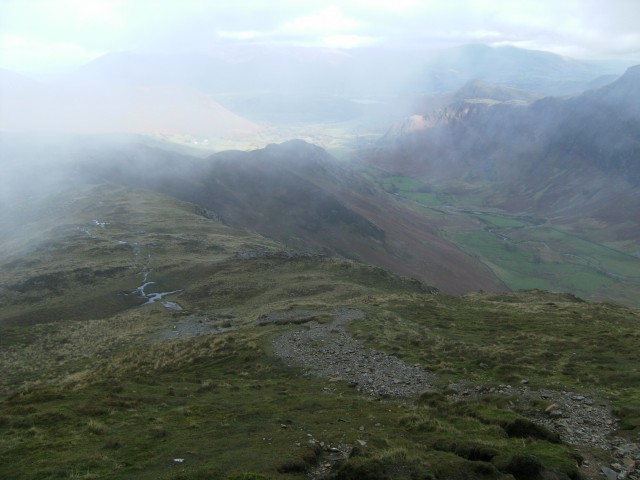 The route off Hindscarth through the mist

The path quickly fell across High Crags and Scope End but still had a few challenges in store as much of the path over Scope End is on exposed/worn rock which has been polished by countless pairs of boots trudging up and down this popular route. I reached the bottom of the fell at Low Snab farm and walked across the foot bridge which took me around the base of High Crag and Knott End just above Little town. I followed this path around the base of Cat Bells and back to the car. All in all I had walked 11 miles and covered 5 Wainwrights in some spectacular scenery. I have vowed to return at the next opportunity that arise which co-insides with a high pressure and as such (I hope) no cloud capped peaks!

Enjoyable non the less and I would recommend this walk to anyone who has a love of the Northern Lakes and 5 hours to spare.

I love those first few cloudy/wispy shots as well. Scope End can be really tricky on damp rock (which you would have had in those conditions) - Richard and I often try to descend it without use of hands - very difficult when it's wet - you have to have superb balance!

, it looks an excellent round. Although its disappointing when the cloud doesn’t lift the cloud does make for good photo’s as your shots Misty conditons looking up at High Spy and Looking West to Crag Hill and Grass Moor through the swirling mist show, just beautiful.

Thanks Sue - I try my best but its not always easy to get out and about as our son keeps me ocupied and we're expecting another at the end of Feb next year! Best make the most of what freedom I have whislt I can

canisp wrote:Although its disappointing when the cloud doesn’t lift

Crispin - the picture below is the one I was referring to that I had seen on the 'tinternet' shame I didnt get views like these but like you and mountain coward have said, swirling cloud and misty crags make for some very moody pictures. It goes without saying that a pocket camera never does the 'actual' scene any justice - I surpose thats what we have memories for. 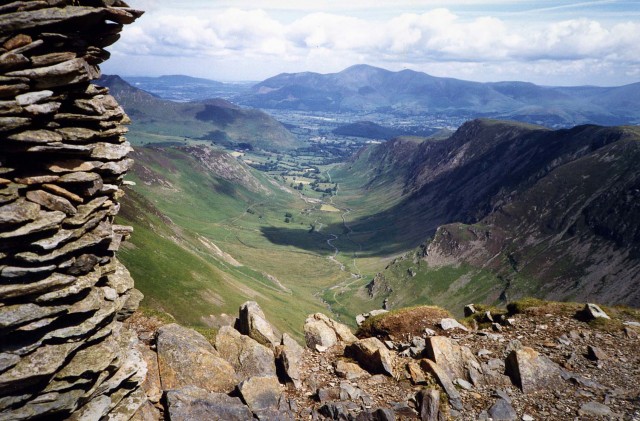 I'm planning on doing the Coledale round the next time I can get across to the Lakes - I did the valley walk a few years back, ironicaly with my wife when she was carrying our now 2 year old son! Not sure she or he would be up for the upper 'round' I'm planning

Ah, The Coledale Round - one of the best walks in the Lakes. Wouldn't be surprised if we unknowingly bumped into each other as I spend an awful lot of time on some bit or another of it - mainly Grisedale Pike (my fave Lakes fell).