Does it get any better than this?
Alarm went off at 4am, pouring rain outside and low wet horrible cloud

Anyway had cleared up by the time we started walking
We decided after loads of different route options to start at Loch a' Bhraoin and get high quick on to Drun Reidh to A' Chailleach, which clouded over before we got to the summit!

Then on to Sgurr Breac which was clear, giving good views to Slioch, BeinnEighe ect
It's a fair drop to the bealach and back up towards Sgurr nan Each, and we both decided if we had walked it the other way we would've settled for seven and walked out back to the car!
From Sgurr nan Each we could see the route ahead of us WOW looking good

The pull up to Sgurr nan Clach Geala was a sore one, but at least that was the hardest part of the walk over
Unfortunately it was under the cloud, which would've gave us a view of the whole route

we still had a long way to go, so off we set to Meall a' Chrasgaidh which i have to say, has THE most spectacular viewpoint of any hill iv'e been on yet!
I will go back and sit on that hill all day sometime

We set off for Sgurr Mor the highest of the day at 1110m legs were getting tired by this stage, and was dropping a bit behind Iain going up this one, but once on the summit we knew it'd be downhill all the way from here

Beinn Liath Mhor Fannich the seventh munro was a bale out option, but since we dumped the bags where the paths joined at the bottom of Sgurr Mor it was no longer an option

on our way back to get the bags, we met a nice man who asked if we were only doing the 3 munros

we wished him well and set off again

Meall Gorm we had been informed by my pal spiderwebb was easy as there was'nt much of a climb, thankfully he was right as my legs were feeling the pain now, did'nt stop here as the wind was really picking up by this time (considerable buffiting) i think they call it

We stopped at the bealach under An Coileachan for the last of the food we had, and a quick discussion of the route out from here, we dumped the bags again to summit An Coileachan
All that was left now was the long walk out, LONG LONG WALK OUT!

All 5 miles of it, over pretty crappy ground not to wet, but it's been dry up north but wet enough
On autopilot by this stage we plodded on as fast as we could, trying to ignore any pain " and there was pain" and my poor feet! boo hoo think iain suffered more than me in that department

After some choice words about what we were walking through, we came to a track through the woods
More uphill ! if there was a smilie for a sobbing man it would've been well used by now

Looking back, i should've just walked down the side of the river, or in it, my feet were on fire!
We both decided we hald walked it the right direction for us getting the climbing out the way early in the day

A day of mixed emotions, LOTS of them, most of them good

A day never to be forgotten, goodish weather and great company
Thanks again Iain 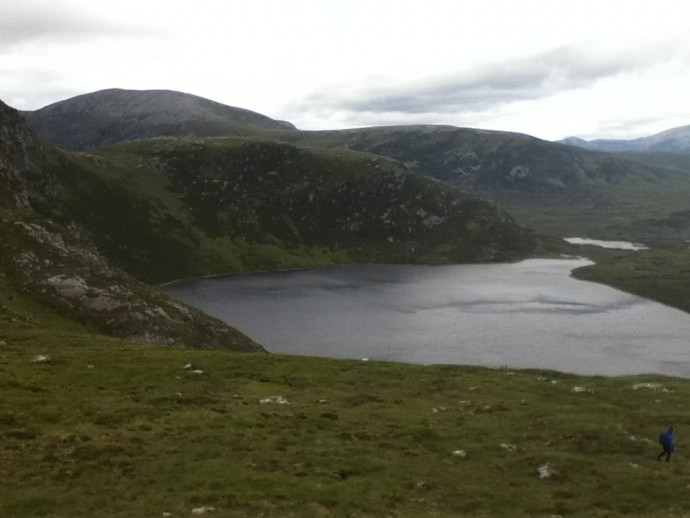 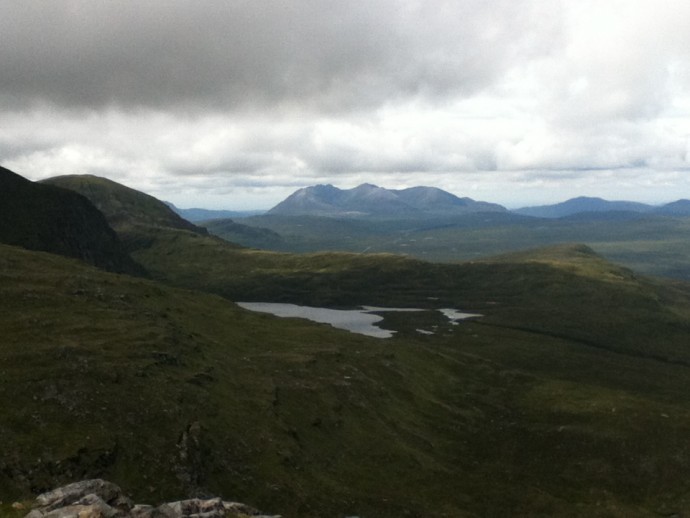 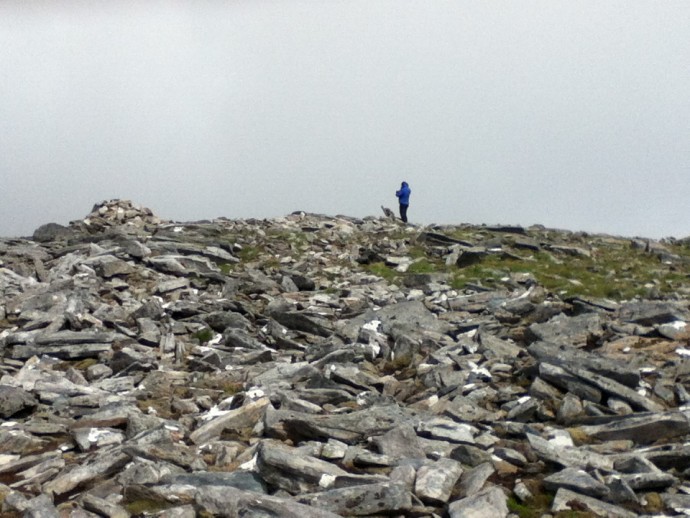 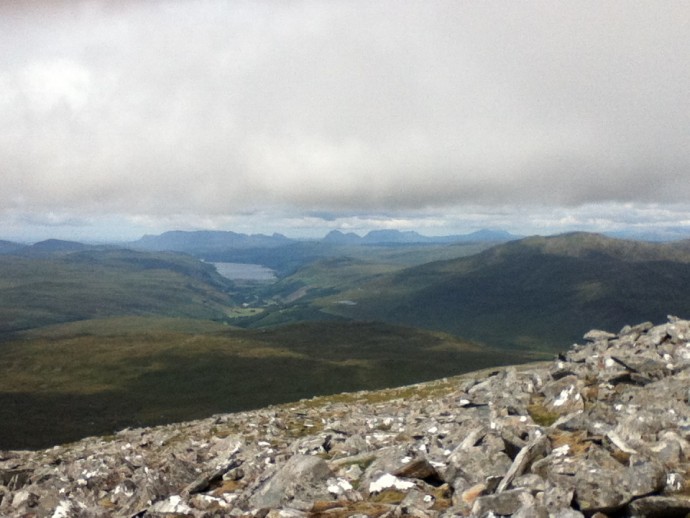 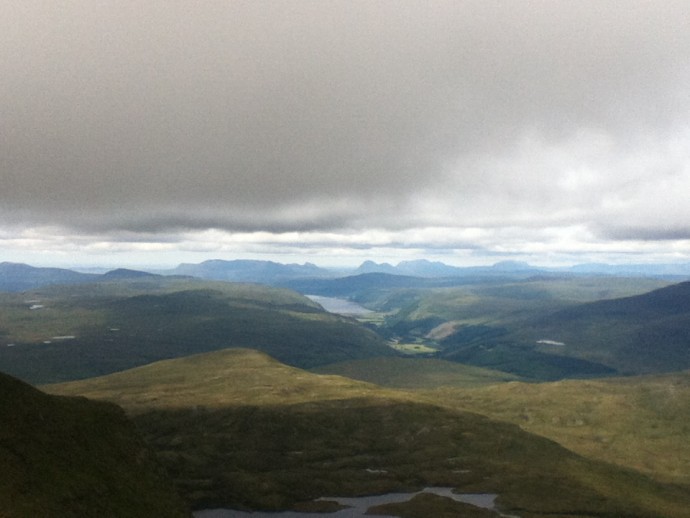 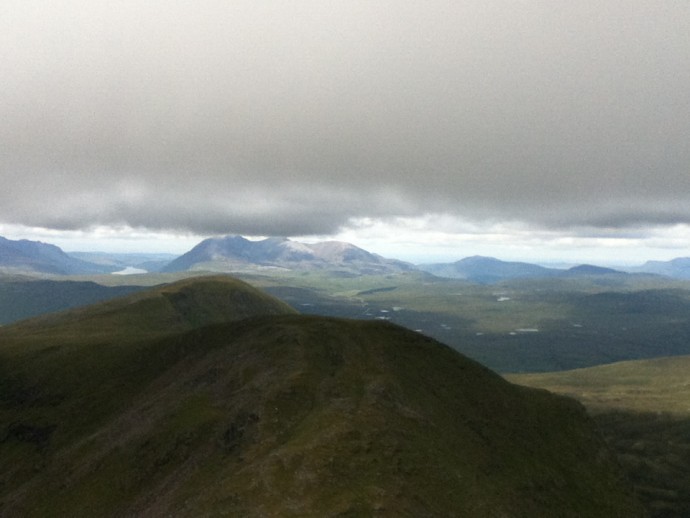 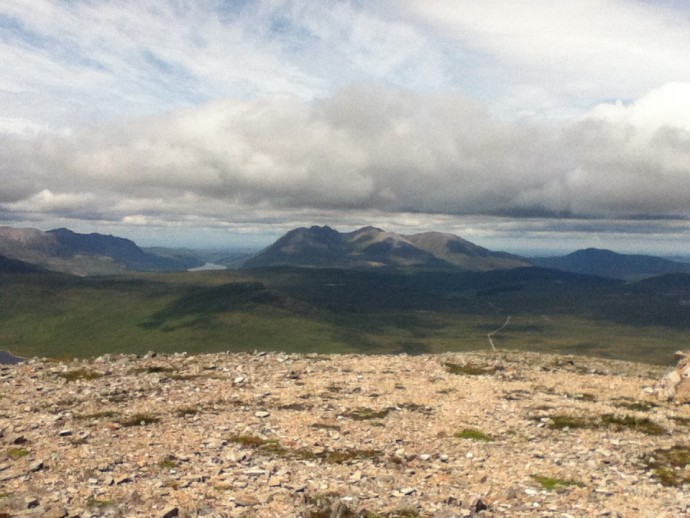 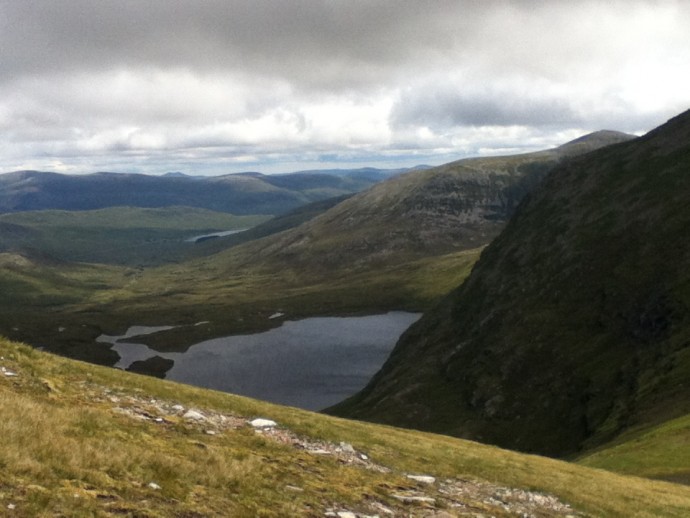 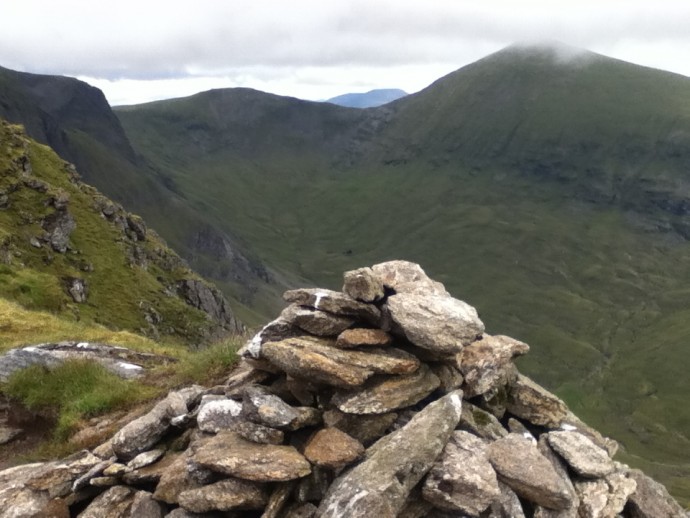 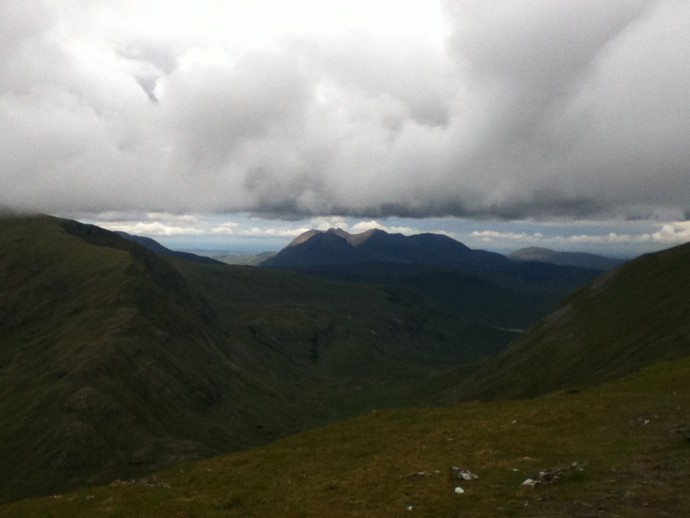 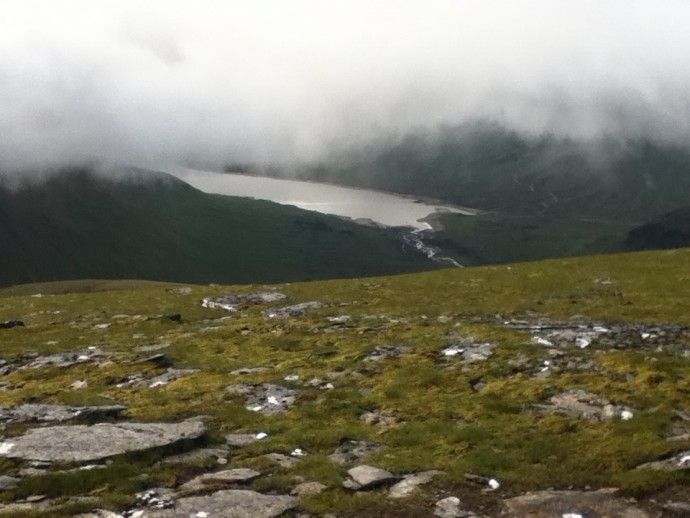 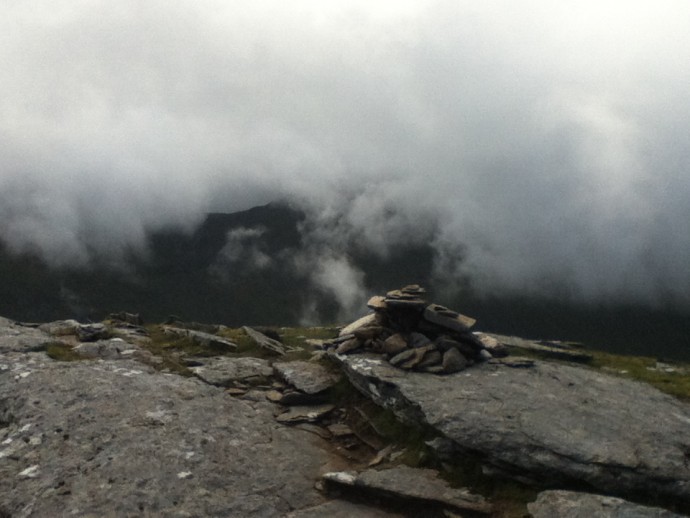 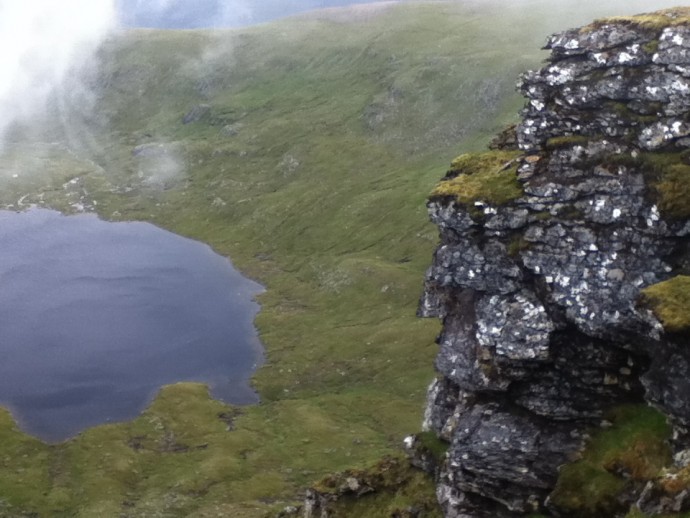 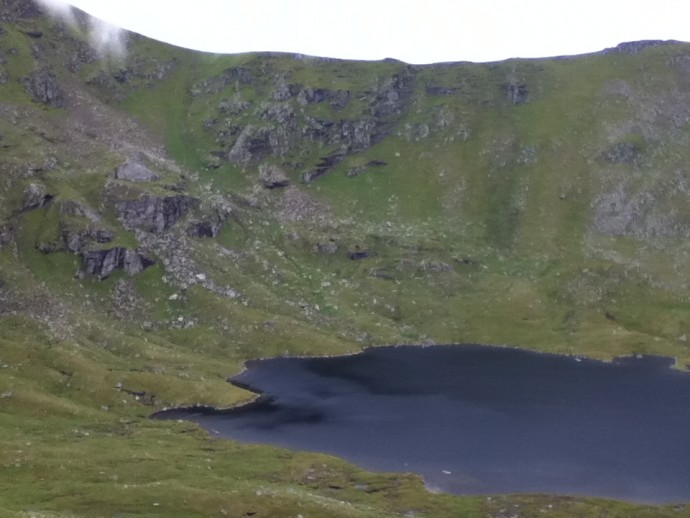 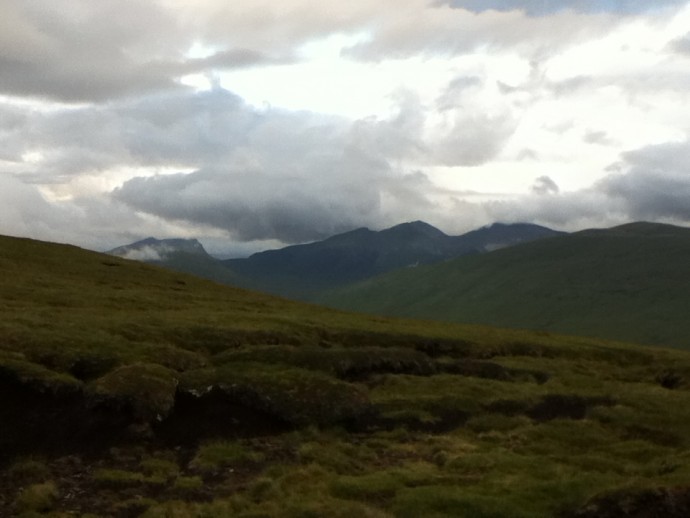 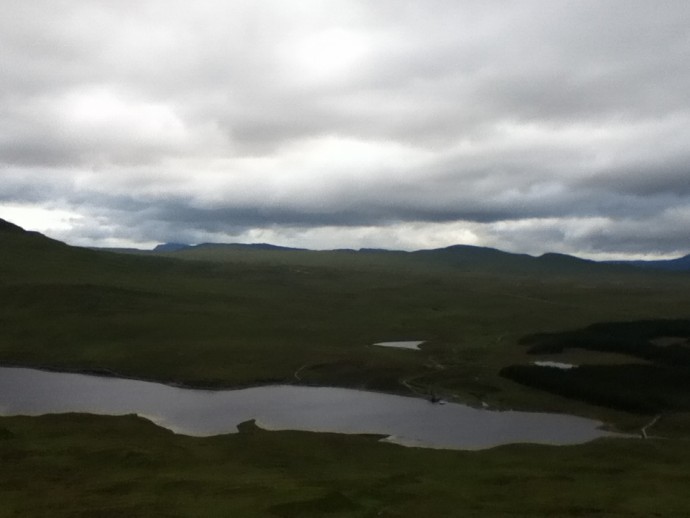 Great stuff! what an epic

what a day! absolutely fabulous! an amazing set of hills and the view to An Teallach and the fisherfields is stunning!

feet just about recovered now,lol but that walk will never be forgotten,cheers for the company Stuart,a grand day out indeed! :0)

oh and the walkout/walk in from the north should never,ever be suggested as a route-its dreadful!

Suoerb Stuart and Ian, Another big walk under your boots.

Wow what a day...getting up at 4 urgh! But good on you

Well done guys what an effort

Wonderful day for it! Superb effort

An epic effort scoob - folks like you (along with the Dogett and Monty) keep on upping the ante and throwing down challenges we mere mortals struggle to emulate.

old danensian wrote:An epic effort scoob - folks like you (along with the Dogett and Monty) keep on upping the ante and throwing down challenges we mere mortals struggle to emulate.

It's funny but, a year ago when i got hooked, i thought the same
Andrew Doggett, Monty, Iain Watson and Dooterbang to name but a few, were people i saw as way out of my league, super fit human beings!
And here i am, an old man doing mental routes!

helps that i'm out every week i suppose, and i like a challenge
A mere mortal i am too, if you were in my body today you'd know what i mean

Thanks for all the kind comments
Much appreciated
S

Users browsing this forum: marcegie, the bearded wanderer and 59 guests