Participants: Isabel and Joe
Weather: Sunny periods, clouding over then dull. Windy and cool on Ben Chonzie
Route: along track, worn path.
Wildlife: Might have been an osprey carrying fish back to nest, young golden eagle.
Special Interest: large chuckie boulders and veins of quartz in cliff face of Ben Chonzie.

our_route.gpx Open full screen  NB: Walkhighlands is not responsible for the accuracy of gpx files in users posts
Parked at parking beside dam and walked to the end of the track at Lochan Uaine, then over very wet but grassy area to fence line and over to scramble up to the bealach. Needed care going up the rocky parts, being wet and loose rocks etc covering steps. Then a walk to the top. The loch and Ben Chonzie from the dam 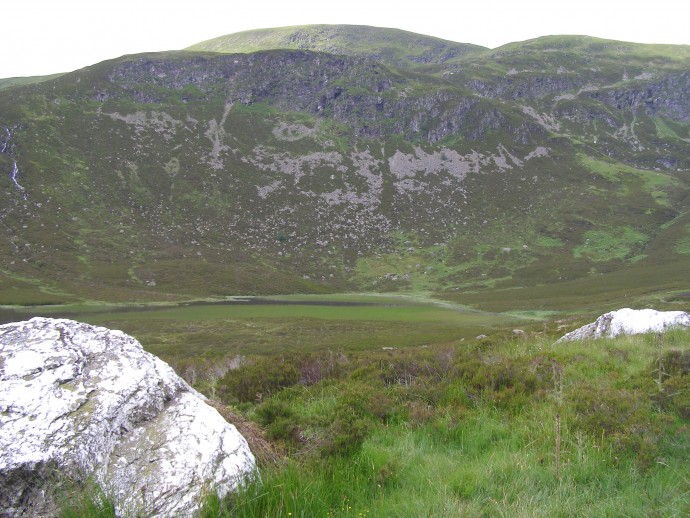 End of the track, the big chuckie boulders, Lochan Uaine and Ben Chonzie above. 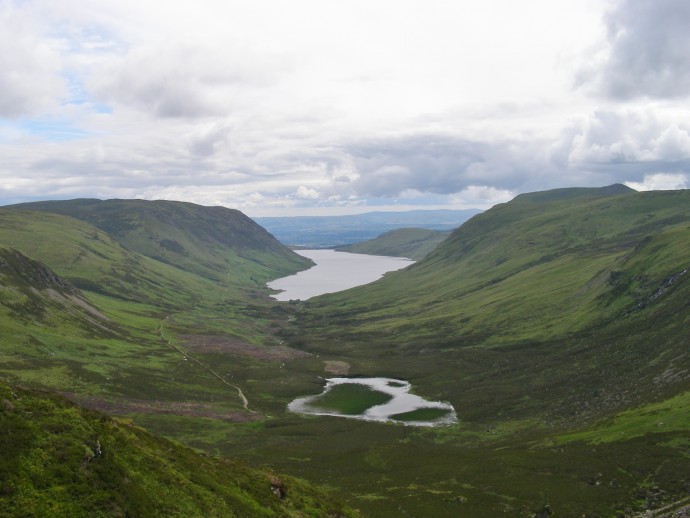 The view from the bealach after the scramble up

Had lunch in the shelter at top with another couple, then they left and we were joined by another two walkers. Then we were off, but more were arriving by the minute. 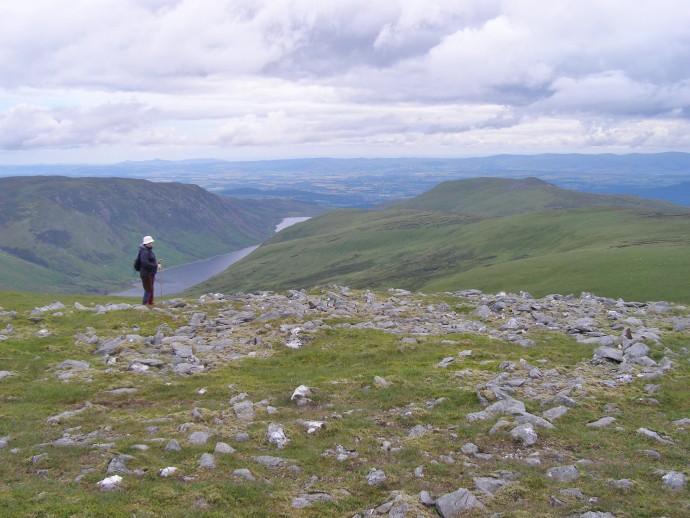 Heading off the top, Carn Chois in background, The next top.

Walked down the fence line, then cut corner over to fence going down to Meall na Seide. You can see the path going over its top quite clearly. The drop down behind it leaves you in a peat bog but again some careful steps and we were through it and up the other side to Carn Chois, a nice little peak. A scramble up the scree, lots of it for such a small point and a welcome seat beside the trig point. Great view down to the loch from here. 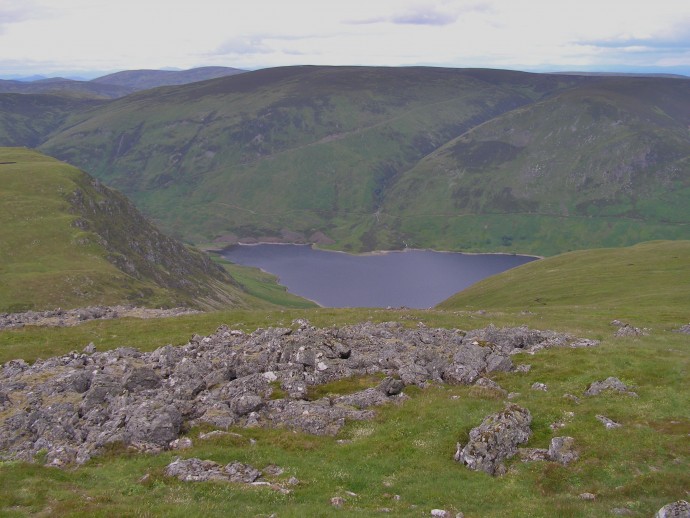 The loch from Carn Chois View out over to Ochils

Walked over to the side of the hill and round the top of crags for more views then path drops down steeply to go through a gate in a fence and on down to a track at loch side. Bit wet going over this just now. Followed the track back to dam and the car park. Looking towards the dam from the top of the drop down to loch side. 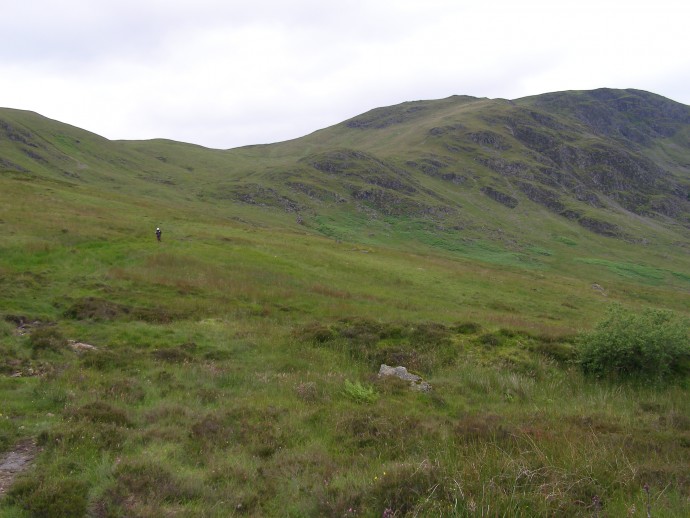 Looking back up to top of crags from the loch side.

We took our time as we had all day and weather was hot going along the loch side on way up.