A look at the map tempted Dan and I to try a longer but more varied alternative to the 'normal' route up these hills. The map shows our route - reconstructed using Quo when we got back since I've still not got myself one of those GPS thingummybobs to record my every move

Drumochter.gpx Open full screen  NB: Walkhighlands is not responsible for the accuracy of gpx files in users posts

The car thermometer read minus 5 when we arrived at Dalnaspidal but there was hardly a breath of wind. We parked in the layby just before the end of the dual carriageway section of the A9 and, once we had negotiated a barbed wire fence low down, headed up Craig Chaorach. The weather was so good that even Drumochter looked attractive 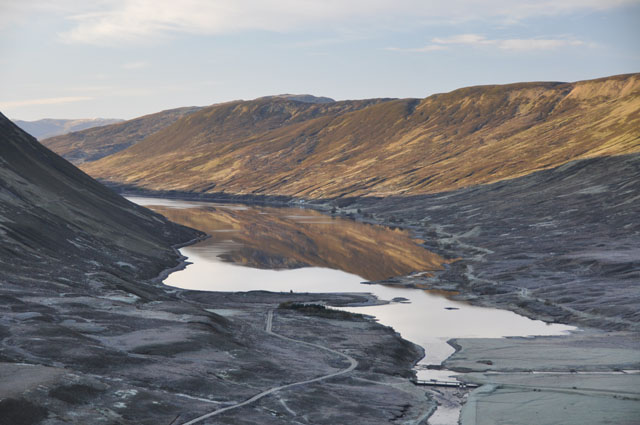 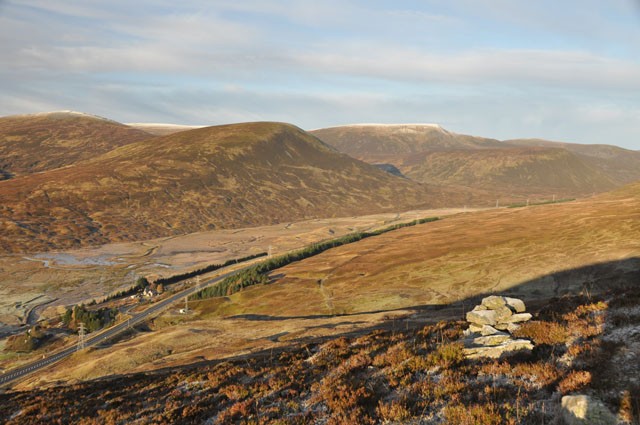 The long ridge over Druim Coire Mhic-sith gave very easy going with just one or two frozen peat hags to negotiate and we reached the summit of Glas Mheall Mor in time for elevensies! 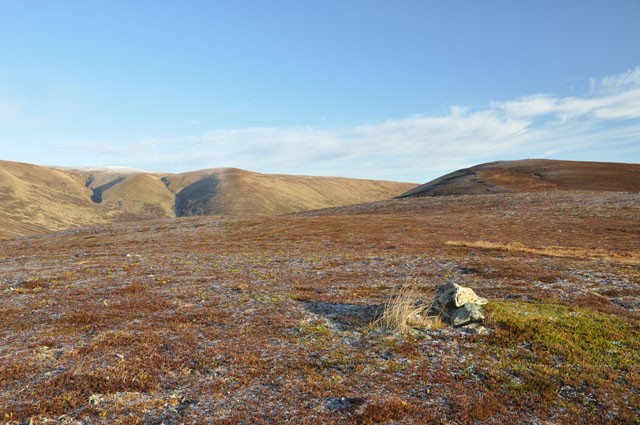 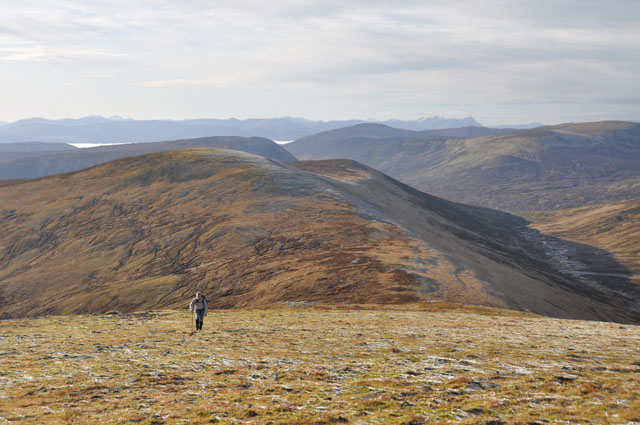 A dusting of snow on the highest Cairngorms looked superb, the view of the next part of our walk over to Carn na Caim made us glad that the temperature was still well below freezing. The frozen peat hags gave some fairly easy walking. 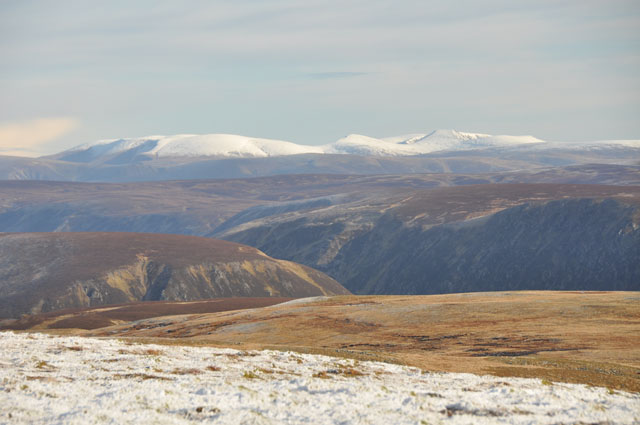 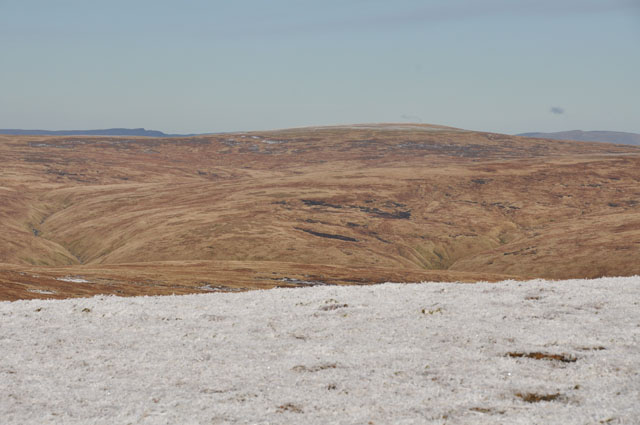 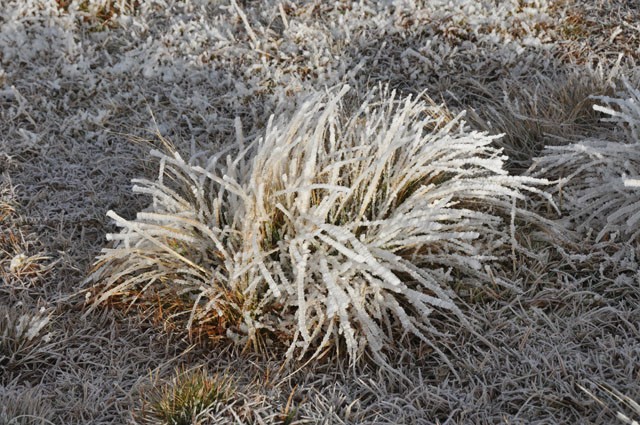 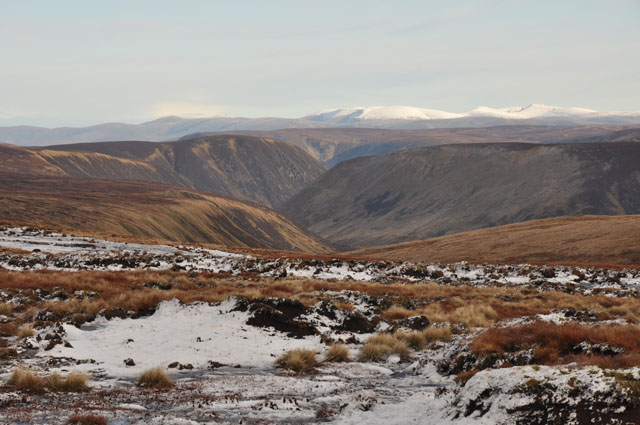 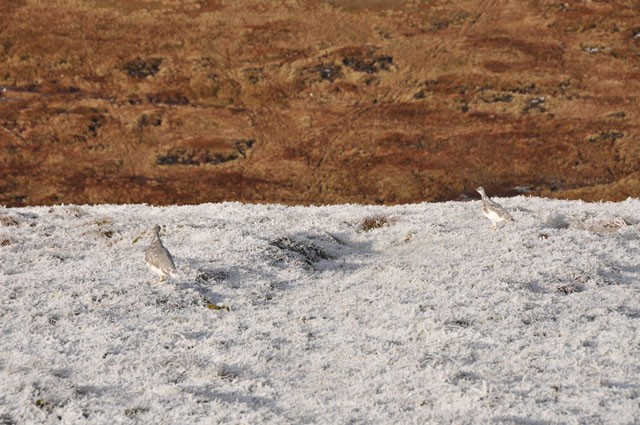 We crossed the Allt a'Chama Choire at the point where the Allt Bhuidheanach and Caochan Tarsuinn meet it. The slopes near the burn were steep and loose but presented no real problems and we were soon on our way up the short, narrow ridge above the Caochan Tarsuinn. 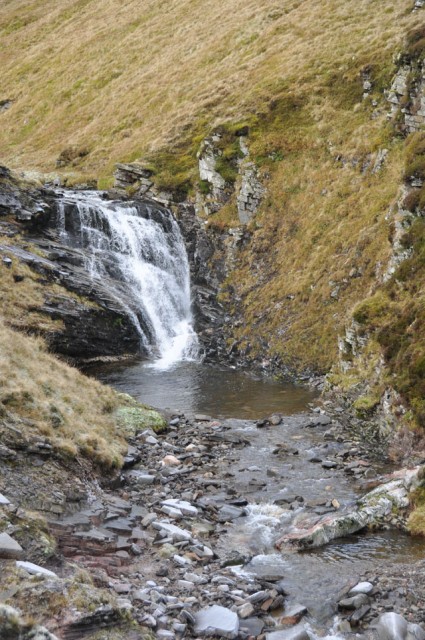 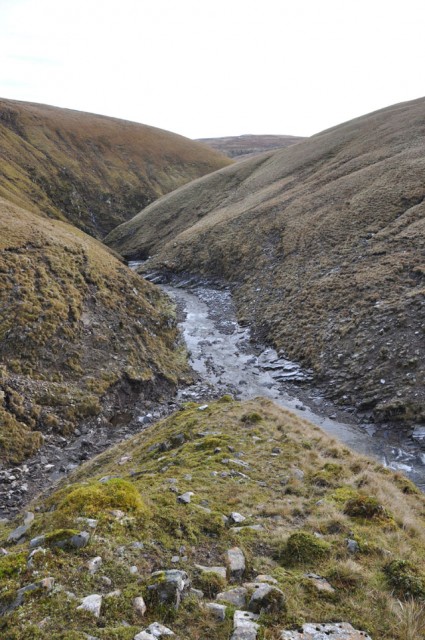 We wandered on and eventually arrived at the summit of Carn na Caim. The fence posts give up and miss out the highest point which has a decent size cairn. Sitting on it Dan seemed to be doing a fair impression of Rodin's thinker 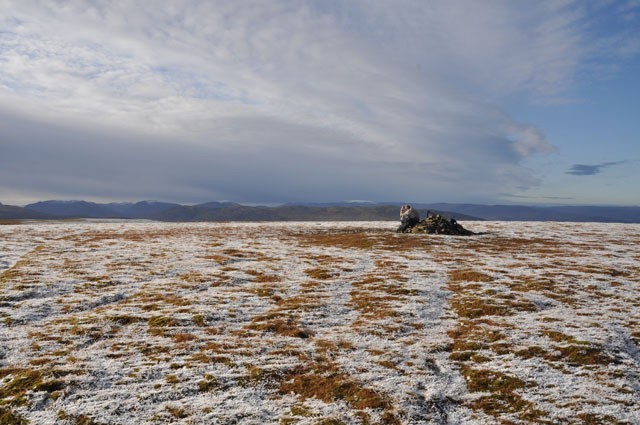 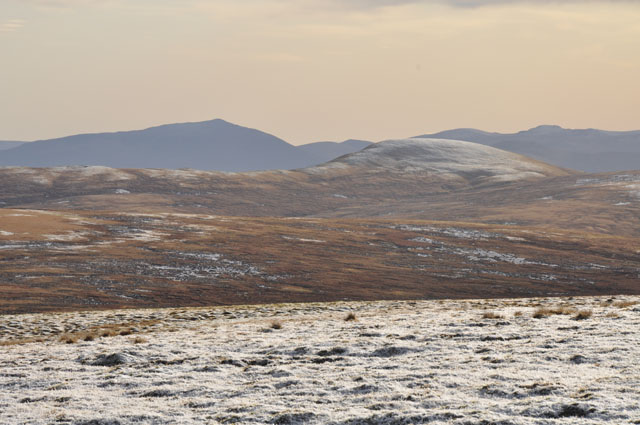 We met several groups on the way across to A'Bhuidheanach Bheag but had the top to ourselves. The Sun was now, unfortunately, hiding behind clouds on the other side of Drumochter but there were still some cracking views of distant hills. 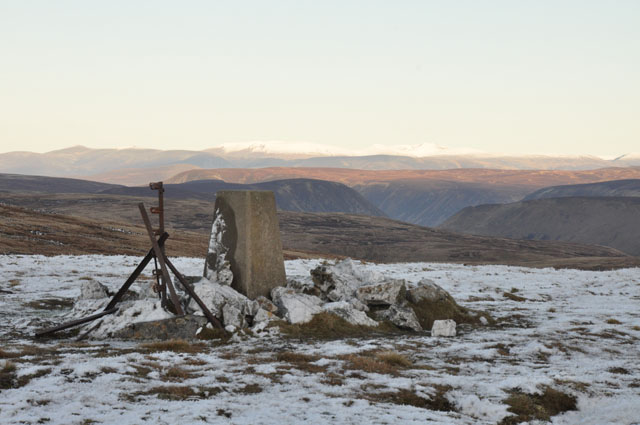 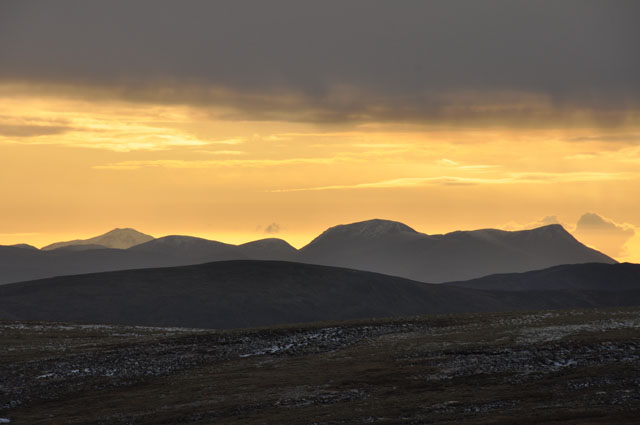 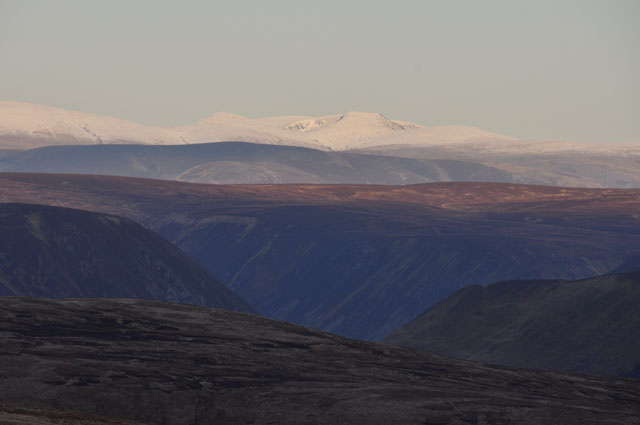 There was still time left for a detour out to Meall a'Chaorainn and a view of the late evening sun on the Monadhliath. 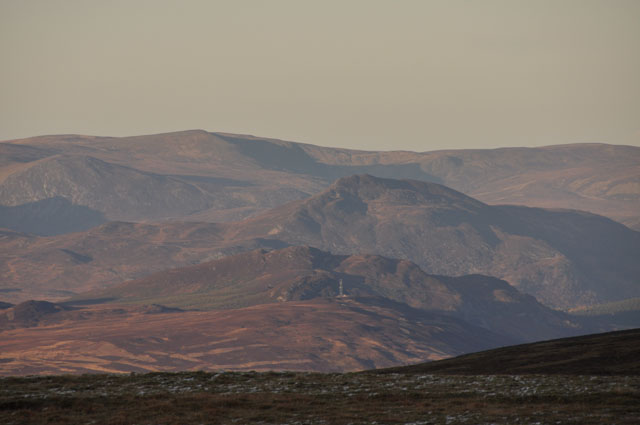 The ridge down over Fuar Mhonadh gave easy walking until the last kilometre or so when it became rather tussocky and boggy. The Sun was down before we returned to the car. 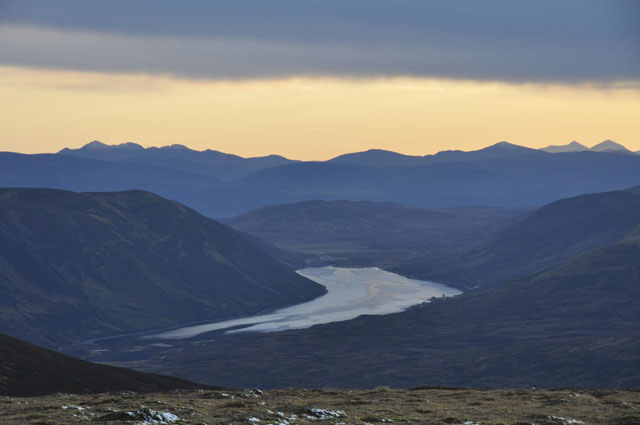 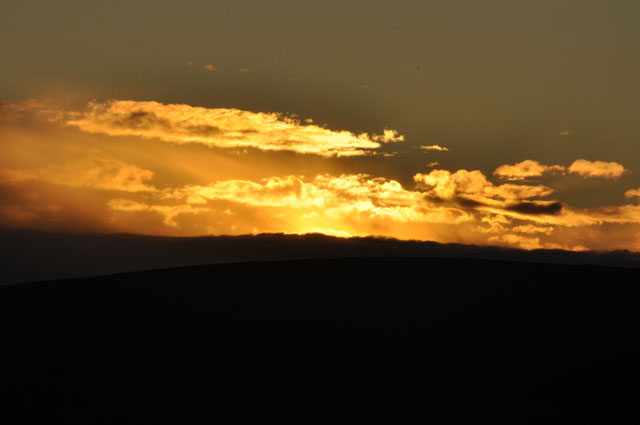 I Guess we could see you John

I like the Drumochter hills - even more so in winter. We only saw 1 ptarmigan on Braeriach

A fantastic report John- light on words and lets the amazing photos do most of the talking!

Yup, great pics - looks like you had some fabulous clear air

. I love that area to the east of the A9. Particularly like the shots of the plateau looking to the Cairngorms over the steep glacial glens of the mounth - really capture the feeling of wilderness.

Also, that looks a good route for these hills - far more interesting than the route from the Dalwhinnie turn-off. I rather rushed them one day last year because I had a golf tie in the evening. In the end the heavens opened that afternoon to give us the wettest August on record and I had to forfeit my tie

I think Kinley had the best of the weather - we could see the Cairngorms in Sun all day. Just hope for some days like that for the Tarf Hotel trip Graeme!