I just realised the other day that it had been 4 months since i did a Munro. So with the weather looking good i asked my regular walking partner jogilv16 if he fancied to do Beinn Dubhcraig and Ben Oss. I`ve attempted this walk twice already and due to weather and tiredness Oss has been left out, so i was hoping for third time lucky. This would also let Jim catch up on some Munros that i`ve done so that when we go out together in future there won`t be much repeating of hills without an added bonus of a new Munro being bagged. He says "Ok, but we might as well do the other two" I should have known better

As we`ve both done Ben Lui already we could get Beinn a`Chleibh bagged as well. So the plan was 2 new munros for me , 3 for Jim and 4 for his daughter Louise, whom he had taken up the CMD arete last week (without me @*@!). With the way the hills are situated there was no point in missing out the ones i`ve already done for the sake of a couple of hundred feet or so, or should that be for a couple of sore,bruised and battered feet ?! 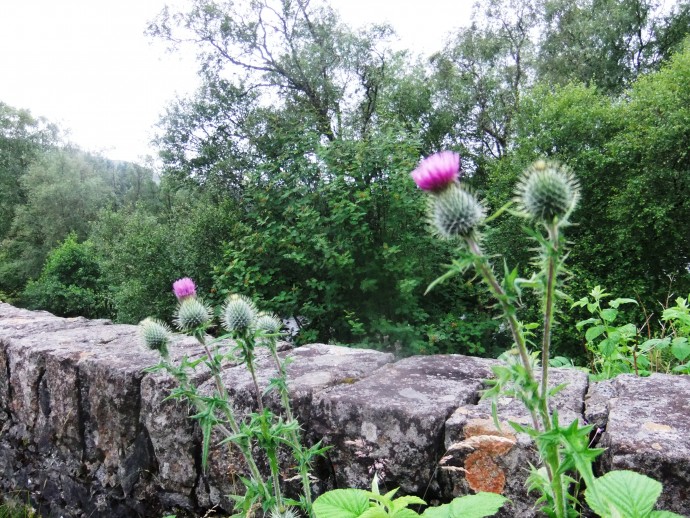 Having checked the weather we had expected drizzle and the cloudy skies above did well to hold it in all day. We set off from the car park in Dalrigh at 8am, giving the early morning midges some unexpected breakie, across the bridge and followed the track around to the railway crossing (bridge) and turned off the path into the boggy marsh from the little cairn marker on the right. I told them they were in for a treat at the river crossing. They both gasped at the "bridge" across the fast flowing river. It`s in a much worst state than before and what is left of it is very dodgy. The planks are rotten through and hopefully someone will repair this soon, but we got across it ok, even if Louise did have a bit of the jitters. We walked through the wet grass and through the pine forest instead of following the path by the river which is a bit boggy but soon got back onto the main route on higher ground, although it was still boggy much of the way. I stopped to put my gaiters on and caught sight of a woodpecker( i think) in the treetop above me, but as usual the fly bird got away before i got my camera out. By now Jim and Louise were a good bit ahead of me and as i cut through the huge ferns i did start to wonder if i`d lost them, but i found them waiting for me at the huge stile over the wrecked deer fence at the edge of the woods. much of the talk on the day was of how well we were doing at the olympics and wondering if Andy Murray could get 2 gold medals. Which also brought in talk of the local gold mine and we wondered if we might discover some ourselves amongst the stones in the streams and rivers. We continued up through the bog, passing by the waterfalls of the Allt Coire Dubhcraig and followed the path all the way up to the ridge just by the 3 lochans and where a handy cairn, in this fog, marks the final scent up to dubhcraig`s summit. On my two previous visits up here i wandered from the path early to hit the ridge which was a killer on the legs both times and for the life of me can`t think why i did so, idiot, especially when the path is so clear. (maybe it was covered in snow

)
Anyway as we walked along, the hilltops still covered in cloud, we discovered we were being watched, from both sides. At first to our right we could see a heard of deer peering over at us and then a couple of minutes later from our left this time some more deer on the brow of the hill. This already made Louise`s day and we had plenty more deer sightings as the day went on. As we neared the ridge and the stream got narrower we broke away from it to get up higher quicker, and we were lucky as the fog came in around us that we popped up just beside that marker cairn and sat for a break. As we ate, the clouds did clear for a bit to show the summit for the first time, i did contemplate leaving it as i`d already bagged it twice but went up anyway. So we set off to find Ben Oss, which flitted in and out behind the clouds, whereas Ben Lui was completely out of sight. As we crossed the beallach the clouds did begin to clear a bit to the west and Oss was in clear view and the sun shone on our backs.
We decided to go up towards the ridge to the right in the hope that visibility would get better for views towards Lui but it seemed that she was hiding until we got there. We quickly got to the summit and it was my first new munro of the day We sat for a while plotting our way down and hoping for some views but again we were pretty much covered in clag, but we could see a`Cleibh sunbathing behind the clouds. With the flys and midges swarming around us, not for the first time, we headed down the other side which at first looked quite short but it took quite a while to get over onto Lui to cross over to a`Cleibh. Crossing the back og Lui`s grassy slopes was difficult as there is no path and it was sore on our ankles and souls of our feet. We were also playing a game of cat and mouse with many deer. They were popping up everywhere and we tried our best to keep quiet to get close but they kept darting off or appearing behind us. 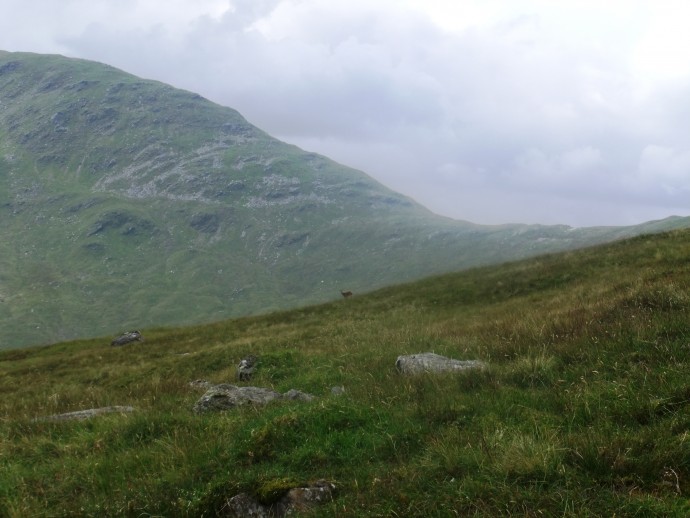 deer in front of a`cleibh

When we finally reached the beallach between Lui and a`Cleibh we all collapsed to the grass and lay there for a while. I changed my wet socks and let the wind blow into my boots and it was here we met the first(and last) people of the day. We lay and watched as the two men came down Ben Lui and passed on their way up to Ben a`Cleibh. 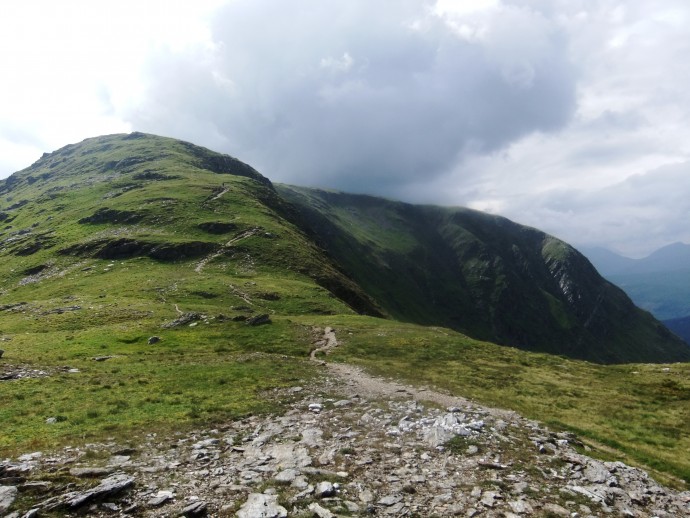 We picked up some nice white stones to take home, i mean up to the summit,

and when we got there we noticed a cairn further over, so we checked heights at both and it was the first one with the larger cairn that is the true summit. This was our only clear summit of the day. 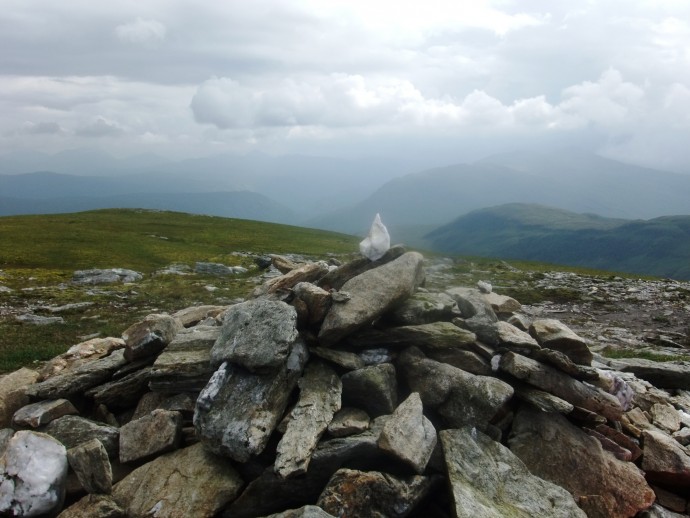 Halfway down the hill whilst we were chatting about something or other i suddenly got quite excited as, with the sun high at our backs, some clouds drifted in below us giving perfect conditions for a broken spectre, "Jim, quick" i squealed. As he wondered what i was on about , the moment was gone as clouds high up blocked out the sun and it didn`t happen. So we got on with it down and back up again onto Ben Lui for our final and highest summit of the day. It was tough going and we slowly made our way up, with Louise making her first real moans of the day. She had been brilliant all day and i know her dad is real proud of her. We were hoping to make the summit which looked clear of cloud before the clag engulfed us again, but it was beginning to look unlikely as it was forming everywhere, probably smoke coming from that great big volcano behind us. We got to the summit for a view up the glen before we were covered in cloud. We waited a while to see if it would clear and to give ourselves a good rest, and to find out Murray did win at least one gold. 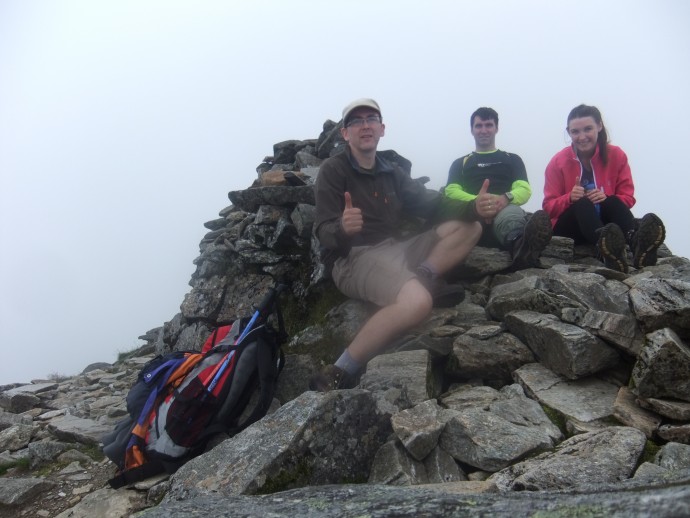 Suitably rested we headed down, but before we got to the bottom we would try and find the wreckage of a RAF Lockheed Hudson which crashed here in 1941 killing all on board. It a poignant moment as we found it and we wondered which could have caused this disaster. 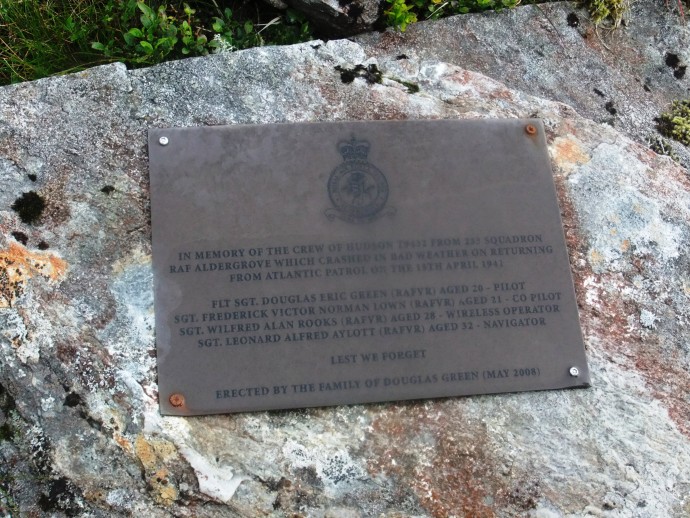 From here it was to be a simple (aye right) walk down. With aching legs and throbbing feet we slowly descended and once out of the corrie and onto the path i had to stop for a rest. Lying on my back chewing on a life saving boost bar,thanks Jim, i could have honestly just fallen asleep. But we had to get on and we trudged on to the bottom of the hill, across the river and onto the smooth tarmac of the landrover track. Well that`s what it looked like from high up

We met a cool wee dude hanging out here in the grass. It was to be a torturous walk back with sore feet hobbling over the stony ground for me & Louise, whereas Jim wasn`t too bad. Halfway along it started to rain for the first time and it didn`t miss us. Huge, heavy rain drops pelted us from above and Jim had to take shelter. 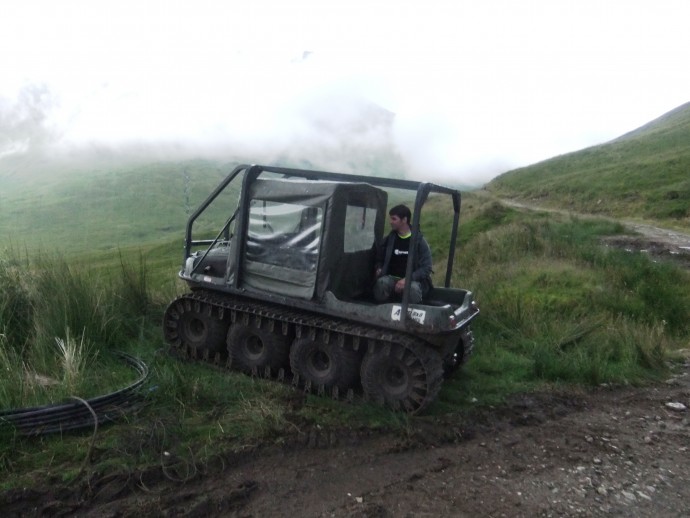 We got back to the car about half eight, completely spent but happy

And a big well done to Louise . 4 munros in one day

last look back to Ben Lui Thats a long walk after 4 months without a munro mate well done.

What is it about that group of hills that a lot of walkers have to go back to bag a missing summit???

I still have Oss to summit

thanks gammy, it was a long walk out on sore feet, bucket of ice sorted that today
thanks polly, Oss is really quite short and easy from dubhcraig, just a pain in the ass gettin there, as for those pics, Jim might add some picture for polly with tommys gaitors 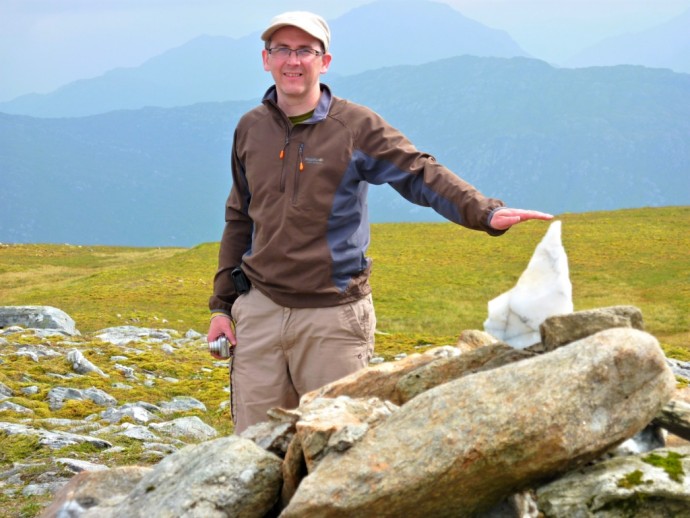 deer saw us and bolted 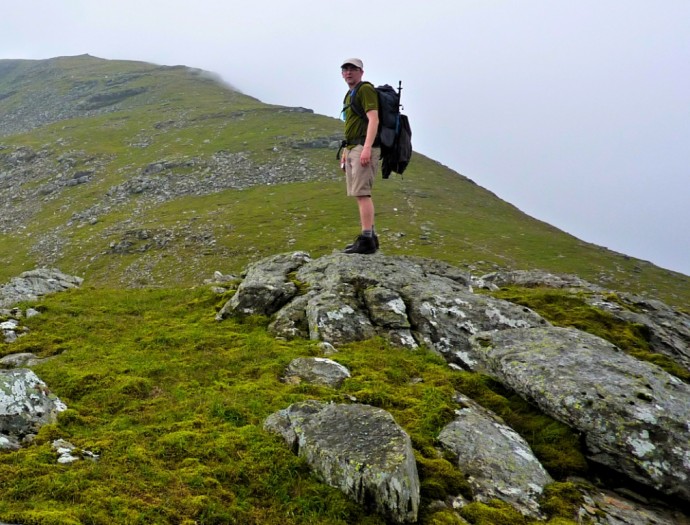 Cheers for that Jim


cheers Johnny, forgot to say we were thinking of you whenever we walked through a boggy area !