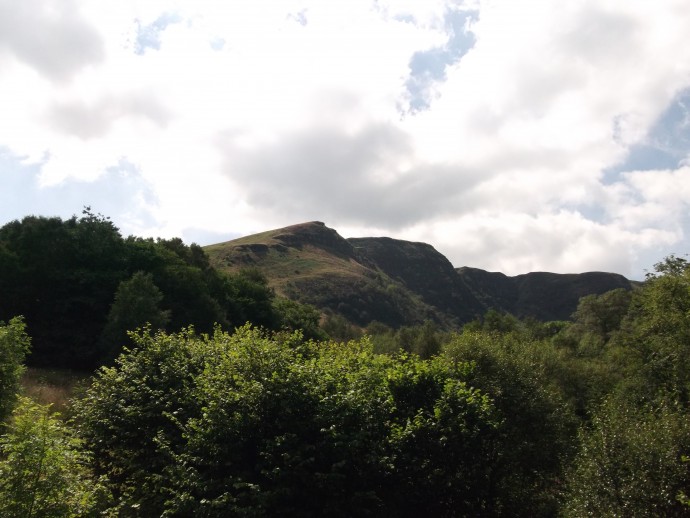 Craig Cerrig-gleisiad from the layby.

I got the idea for this short walk after reading John923`s report Parking in the layby about 1/2 a mile north of the Storey Arms grid ref SN964224. As i sorted myself out i looked up at Craig Cerrig-gleisiad I thought to myself the cliff face is always in shadow. I continued along the path until I came to another gate there I picked up a broad track, following the track to the left and up to the summit of Fan Frynych. As I neared the summit I could see the trig point to my right. I sat there having a coffee and a snack, counting how many hewitts i could see (I counted nine). I was joined a short while later by another walker, he introduced himself as Duncan. He was in between jobs and was working as a volunteer warden in the nearby youth hostel. We swaped stories for about an hour. After wishing each other well we went our separate ways. I now head off to Craig Cerrig-gleisiad. There is a small cairn marking the high point just to the right. 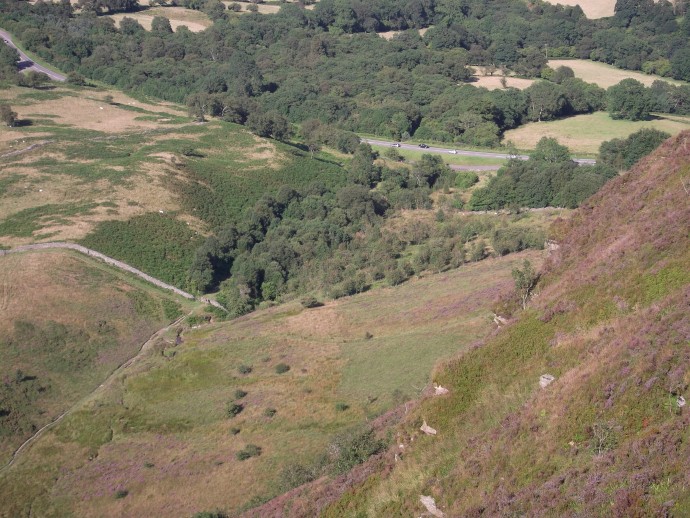 Looking down to the start point.

I had planned to make my way across and up Fan Fawr, but changed my mind, I knew there was a path that went all along Craig Cerrig-gleisiad and back down to the start point. I decided to follow that. i knew it was going to be steep, but boy was it steep in a few places,its the kind of path you go up and not down. Had it been wet it would have been to dangerous to go down it. The path was dry so i just took my time and made good use of my walking poles and at times my hands and my butt. Its the steepest decent i have made so far. I`m not going to make a habit of it! Nice report Chris......I bet if anyone was on the summit they would have thought a steam train was coming hearing you puff up that climb!! Well Done!