I followed the trade/WH route to Bynack More summit, passing the stunning green Lochan Uaine and taking lots of photos stops along the way - the sun was beating down and some of the scenery meant this just didn't feel like a day in Scotland! There's a good path all the way up Bynack More, but as I neared the final ascent I thought I could see icebergs

...that turned out to be large canvas sacks of huge heavy boulders for building a path. Impressed at how these got all the way up here I was disappointed not to see Hercules, Samson, Arnie and a few of their mates who might have taken one of the 4 handles each to carry these loads. [was later pointed out to me that these are of course helicoptered in, DOH! 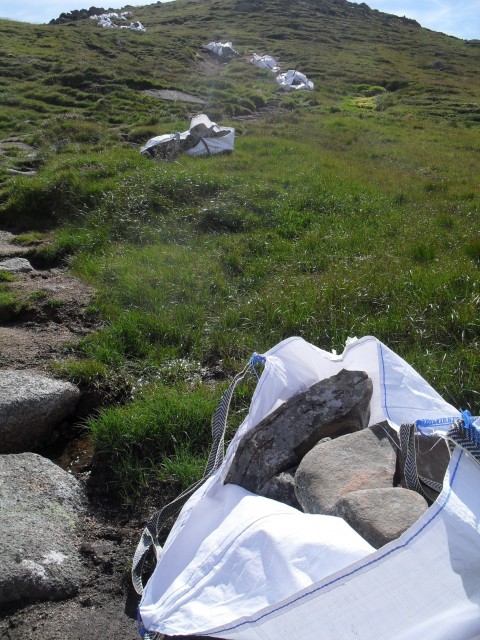 Final pull up to the summit and it's all rocks on the top. Finding the summit cairn was made a little easier when I could hear voices, so I climbed up to join 3 others there. the whole top's a pile of rocks!

The others were all heading back down the same way but I was heading off for Cairn Gorm via A'Choinneach. The couple asked which hills were which so, having checked my map, I confidently pointed out my next 2 summits. I set off and went to check out the cool stone formations before dropping down but it didn't quite feel right

so I checked the map again and realised that was Beinn Mheadhoin I had been pointing out, not A'Choinneach [more DOH!

] Good job they were returning on the same route they'd gone up by, so I hadn't set them off on a wrong path! rock stacks on south side of Bynack More flat top of A'Choinneach with Beinn Mheadhoin in the background :D 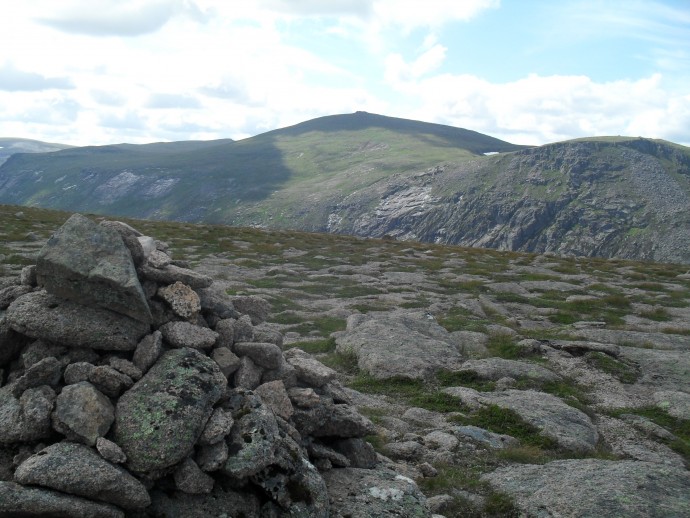 heading for Cairn Gorm next

The path came and went from here as I was heading for The Saddle. I dropped down too soon after losing the path (again), so didn't cross exactly at The Saddle but took more of a direct route down over rocks then straight up Cairn Gorm in between the crags. Of course part way up I looked over to see a clear path all the way up from The Saddle.

Happy to take a break from the near vertical ascent I followed it across the hill but again it seemed to disappear over rocks so I was back to just heading up! 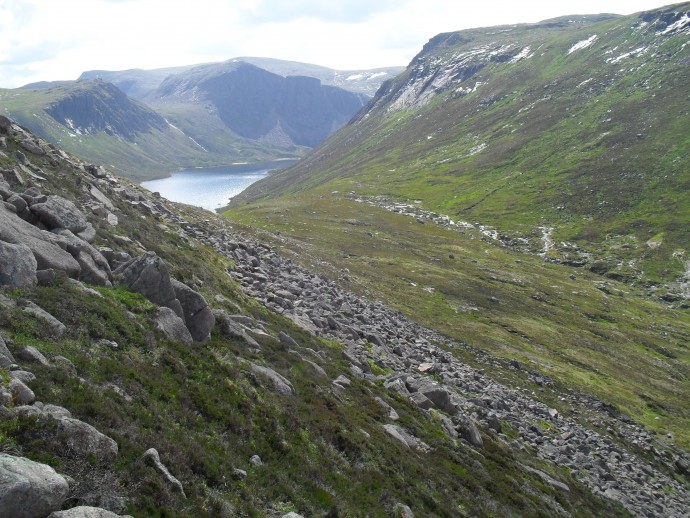 Loch Avon and The Saddle 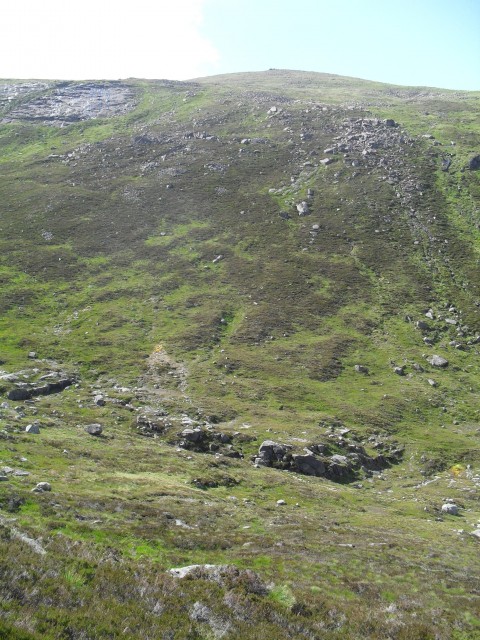 cutting the corner a little, going down then straight up :) 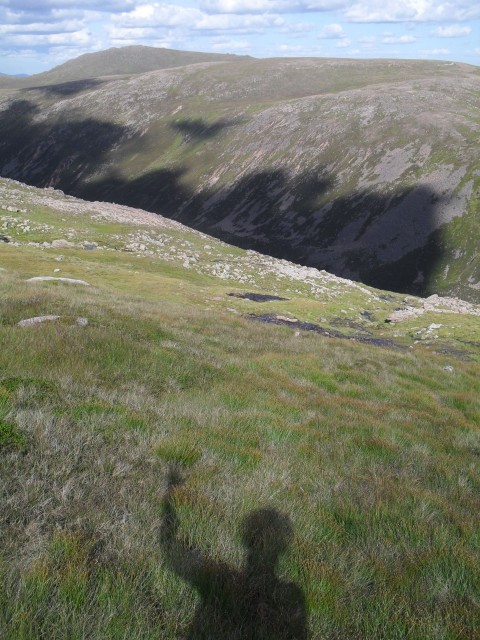 alien's view back to my first 2 hills :D 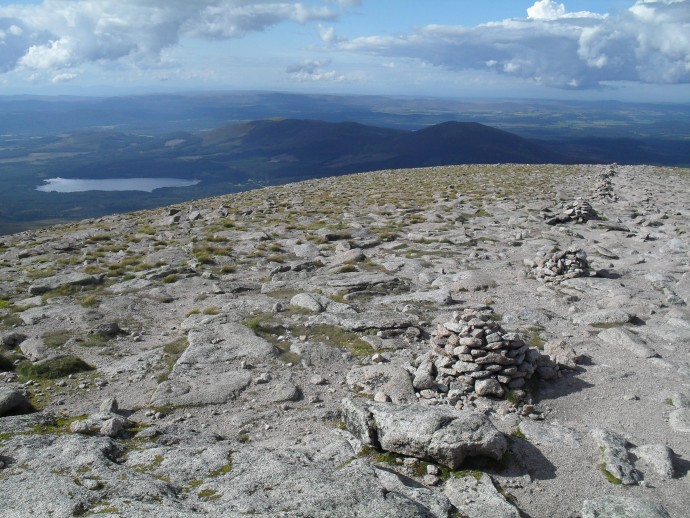 cairns mark the way (followed by blue rope chains after this!)

Re: Bynack More to Cairn Gorm

A very fine walk that is Fi, nice to link up these two

Re: Bynack More to Cairn Gorm

Hi Fi - nice report. Agree with Bod. Good to join these two and a fine set of pics with it