Having rested by ITBS (Runners knee) for 2 weeks (well apart from Moncreiff Hil last week) and having more torture, i mean Physio I thought i would be ok to get back up a hill.

Saw the weather was going to be good this weekend and decided to go for another Corbett to test my metal ahead of getting back to Munroes. Ben Donich it was then.

Drove up through Arrachor stopping for coffee and a roll and sausage and the really nice guy who runs the wee Arrachor Tea Rooms made us up some amazing sandwiches and even wrapped them up in foil and chilled them for us!

Anyway the walk... parked just beyond Rest and Be thankful at the start of the forestry trail and headed up the fairly step initial ascent, mix of rough track (easy) then winding boggy hillside (bit more messy but fun), the rock makes for some great tracks and also some lovely geology! Sun was out and smiles were wide. 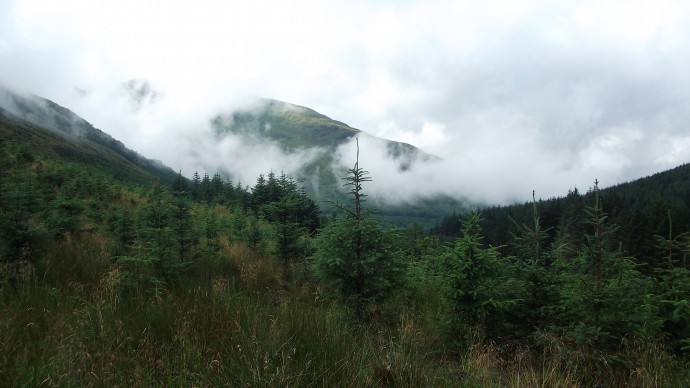 Mists all around the base

As we were around 300m the mist came in fast and thick, temperature dropped and the pull-on waterproofs came out! truly reminds you how fast weather can change even at this height! 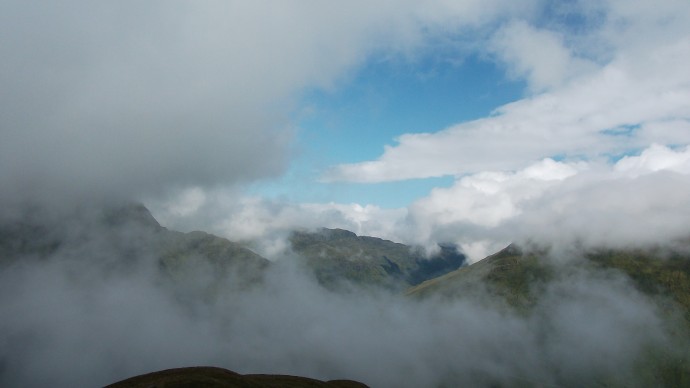 More mist with hints of beauty

Within 20 mins of moving on the sky's split again to reveal amazing views - this pattern continued most of the ascent.

We reached the crevasses and as mentioned in walk reports they make interesting features in summer but look like potential deathtraps if covered in snow!

pushing on through this area we reached the short scramble down into a craggy area which provided some great fun and photo's - The scramble is fairly easy but as with any take care. 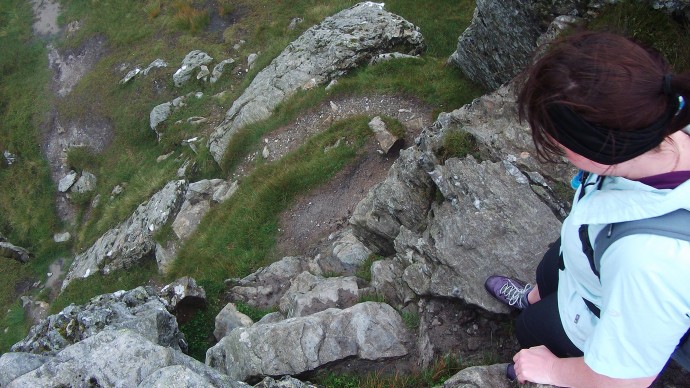 The scamble down - easier than it looks

We crossed through this region stopping to get a few great shots of the interesting and bizarre rock formations before heading on. 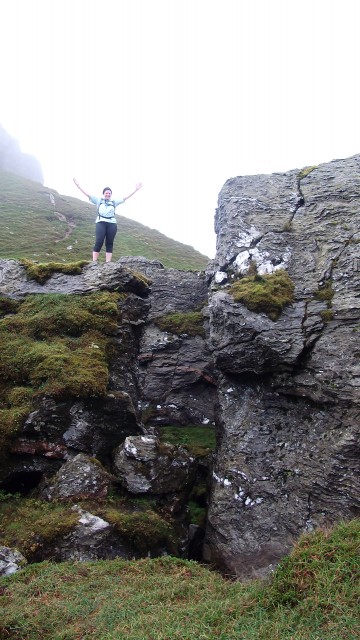 About 15 mins from the summit we used the shelter of some great rocks to devour our much anticipated sandwiches - delicious! I highly recommend the Arrachor Tea Rooms! (Hi Sam , say cheese - sandwiches) 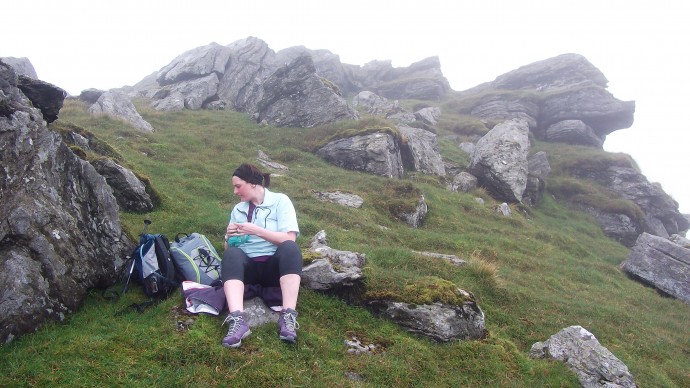 Following the at times indistinct final trail we summited in mist and howling wind (is it August??). 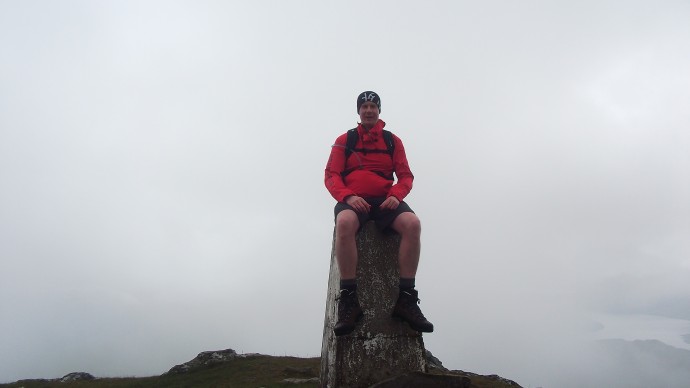 Short photo stops, tightened out laces for descent then started to make back.. just then... 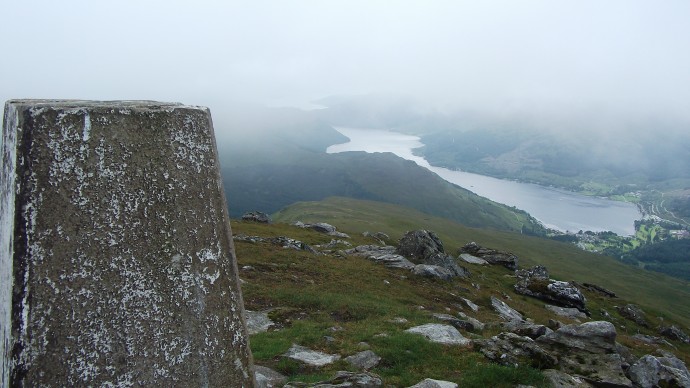 The mist clear to reveal a view!

The clouds and mist parted to reveal truly stunning views all around!
Perfect summit moment!

Few snaps and we made for descent.. then it happened.. my knee (well my IT band) had quietly made it all the way up but as soon as I started to descend the pain began, within 500 yards every step was like a knife in my knee

Anyway working sideways most of the way and walking like "Jake the peg" i made it back in about 1.5 hours.. limping but trying not to moan TOO much.

The summit pics and the terrain of Donich made it a great climb/walk and the weather for descent was great, blue skys and sun so not all bad!

Oh well , will be quiet from me for a bit - happy walking folks see you in October!

Haven't done this one so good to read. The scrambling looks fun.

I can empathise about the knee

and find using poles and taking Ibuprofen makes a huge difference on the descent. Hope it improves with rest.

Cheers Dogplodder - its the dreaded "runners knee" (ITBS) but getting physio and excercising it to sort it.. going stir crazy not walking/climbing!

Enjoy when you do it, im planning Ben Narnain and Ime soon

Ouch! did Donich today but your ITBS reminded me of my first encounter with the condition on Ben Vane, 2 yrs ago,,,Excrutiating pain and a very slow descent down rocks then weeks of physio...thankfully,,it paid off and had no repeats in over a year now,,, Well done though,,