Steep from Glen Finnan or is it Streap?

Steep from Glen Finnan or is it Streap?


This was our third day of walking in this area and Mountain Thyme joined us at the campsite the previous evening as she was going to be walking Streap on her own so i suggested Kim and i would join her. Monty had arrived at Glenfinnan just after us so we all had a quick chat before he was swiftly off in his quest for Munro glory, he was hanging about to be told of the joys of Corbett bagging. We left shortly after him with Mountain Thyme dawdling along on her Mary Poppins bike, arriving at the Bothy in no time at all. We left the bikes here and started climbing the steep slopes of Streap. We were initially going to go straight up to the Col and get onto the ridge but decided to cut across and eventually joining the ridge at Bealach Coire nan Cearc. Once on the ridge the walk became very enjoyable after the steep climb up and we continued to the point where the ridge narrows considerably. Here we stopped for lunch and i suggested leaving the rucksacks as we would return to this point to head back down. It was only about a ten / fifteen minute walk to the summit from here. Kim however took two steps along the narrow ridge and did not like it and turned back to wait for us at the lunch spot. Mountain Thyme and i continued to the summit before returning back to Kim. The ridge is slightly intimidating with drops either side, with also a few wee scrambles before you get to the summit but Kim has a fear of heights so quite rightly gave it a miss. We returned to just before Stob Coire nan Cearc, where we left the ridge to make our way down Gleann Cuirnean and the track back to the bothy. All that was left to do now was the easy cycle back to the cars. Just under 6hrs for this walk. 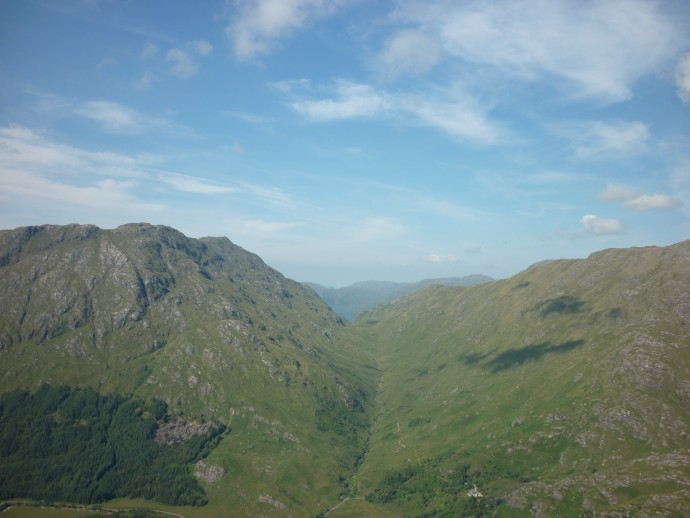 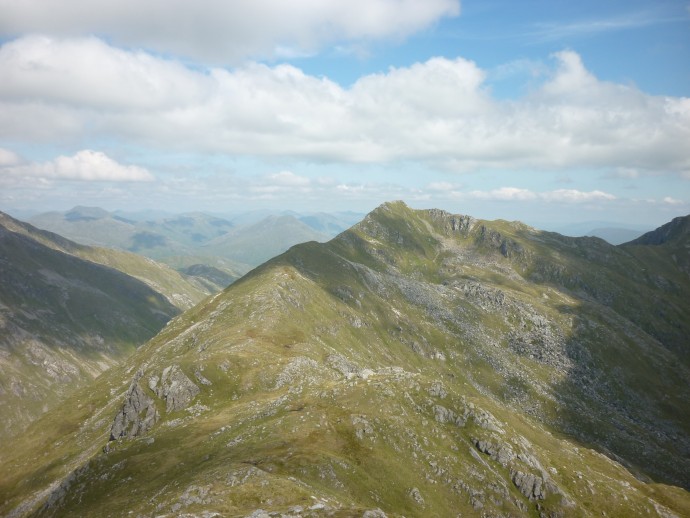 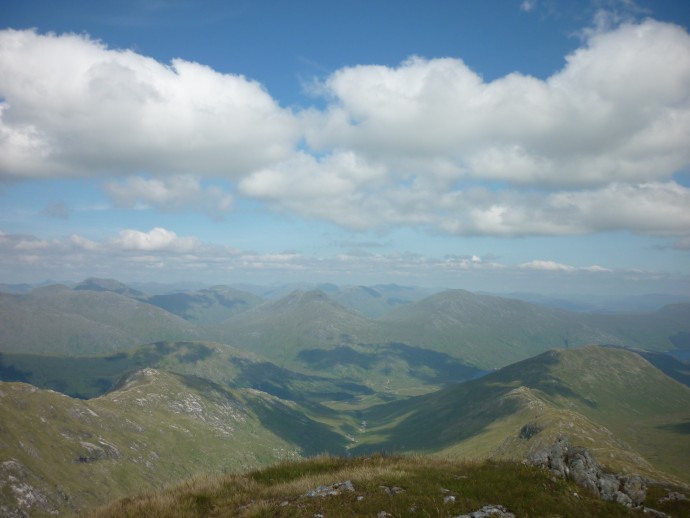 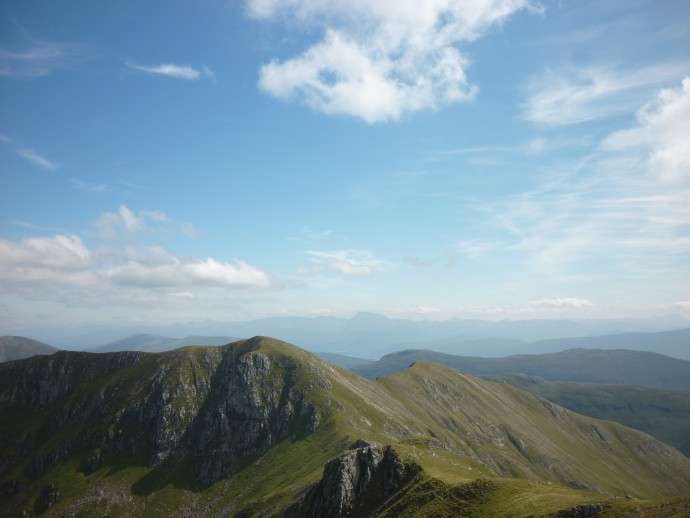 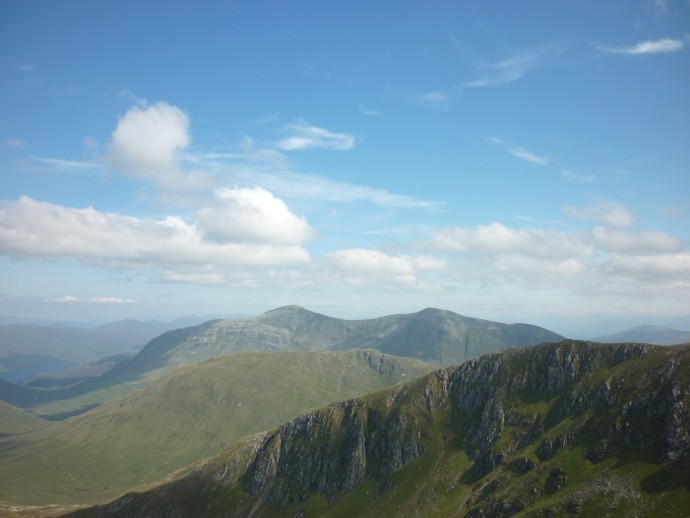 I love the corbetts JC these just add to that feeling, beautiful photos of what looks to be a cracking hike

nice pics JC .. pity you were too far behind to see the big snake ))