as the the title says a nice wee walk up walk up ben vane on Sunday with a friend Adam we arrived at inveruglas about 9.30am park up at inveruglas visitor centre which was full and a couple of coach parties just setting off popular place by the looks of things.
so we stopped in for a cupa and bacon roll was feeling a little hungry after driving for for 2 1/2 hrs and needed to stretch the legs but soon retreated back to the car sharpish as the midge where out in force got a cracker of a bite on my wrist

never mind.
we suited and booted up and headed of along the road past the power station and found the gate at the railway bridge which did make us chuckle at the security we set off up the tarmac road met a few walkers on the way busy little hill indeed about a mile or two we reached the bridge and turned left had a little stop for a few snaps. we stayed about taking in the views when we met a very nice couple from Dunbartonshire after chatting for a bit we decided to tag along as we enjoyed there stories and walking tips, so we set off up a well trodden path about 400m from the bridge off the tarmac road right off a small shoulder hill. took a few minutes to pick a jumping spot found one and landed right in the bog typical, quick moan and laugh and set off again.

we where promised a sunny day but looks like another climb in the clouds ow well some nice views below the cloud tho we reached a large rock face with a small cave below decide to stop for a drink and bite to eat may as well take in some views. 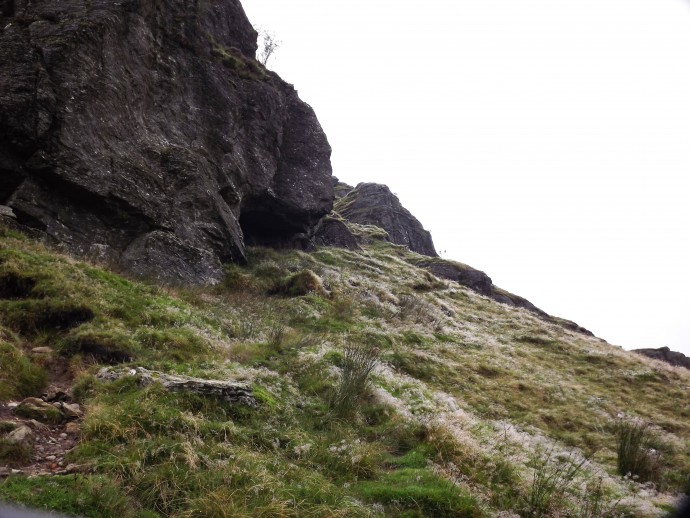 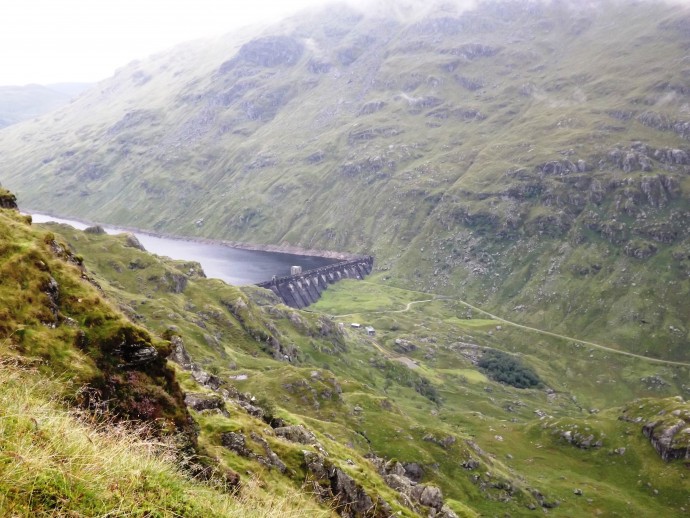 after 20mins or so headed off up the hill again found the path well trodden and steep could feel the legs working now after our stop no pain no gain by this time we were in the mist which aye make every thing slow down and everything looks alot steeper and further away. 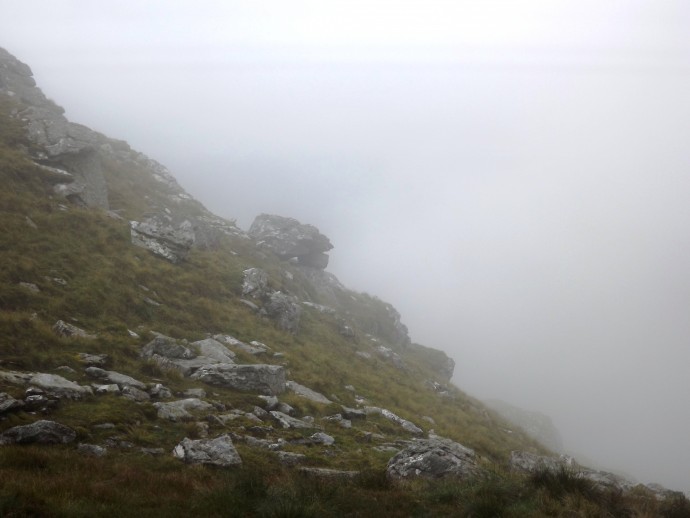 after some small scrambles and passing some great rock formations and the deception of false summits we made it to the summit and cairn no views for the second weekend in a row just wasn't ment to be a think. we hung about on the summit for lunch meeting a few other walker reaching the summit after a while the couple that we tagged along with parted and left on headed off for there decent, we hung around for a while longer in the hope the cloud would lift but luck but hey ho, we pulled our self's together and set off on the decent.
found the decent not to bad a little slippery but over all pretty good and making good time we had a little stop just below the cloud line for a few more snaps. 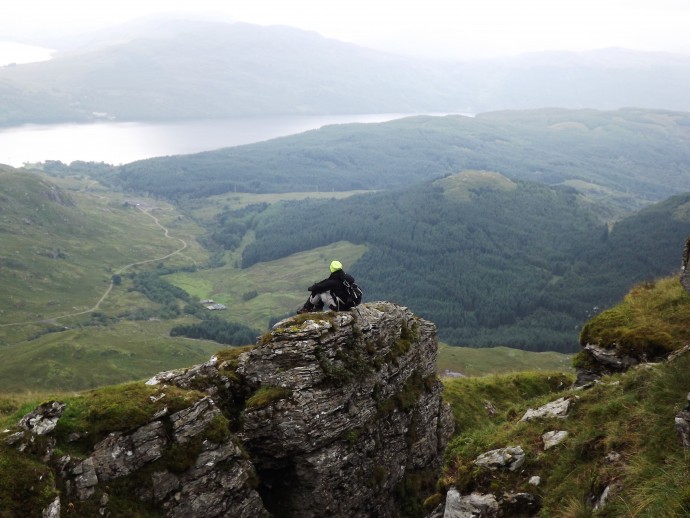 off we went again as we where passing the small cave we stopped at on the way up we meet an old boy heading up got chatting and he pointed out to us a path that lead off down the right hand side of the small shoulder that we came past on the way up, telling us that to take this route as it wasn't as boggy and is marked in the books as an original route.result pays to stop and chat eh after a little while we reached a stoney path an set of back toward the tarmac road. 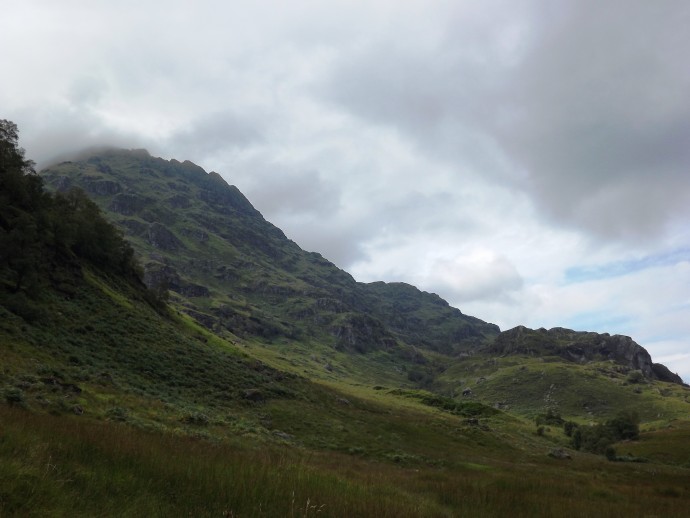 nice stroll down the tarmac road turned left along the A82 back towards the car park past the power station. all in all a good day real nice walk shame about the cloud but least it never rained happy days thanks for reading folks.