I started from a layby near Leck Fell House, which is 3 miles down a narrow lane from Cowan Bridge on the A65.From here I headed straight up the hill to the Three Men of Gragareth. There's a boggy path from the Three Men which goes up to the trig point at the summit. The next few miles were following a wall along the ridge to the summits of Great Coum and Crag Hill.The weather today was good but it was raining yesterday and the ground was wet.The path was boggy and difficult in places.It was useful to have a walking pole so I could poke the ground before standing on it. 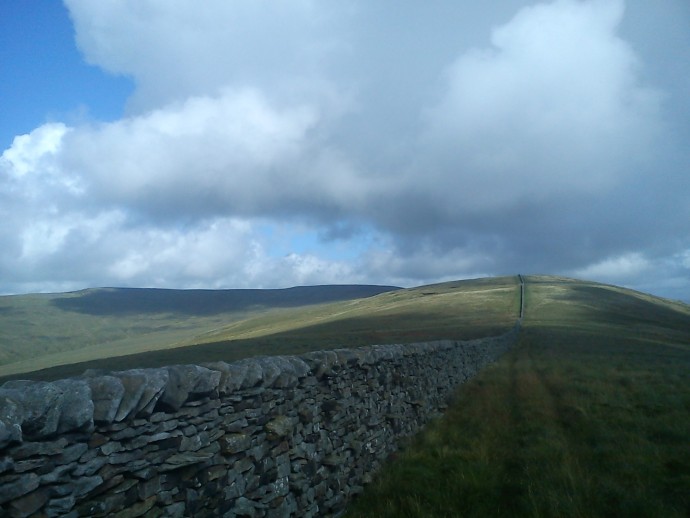 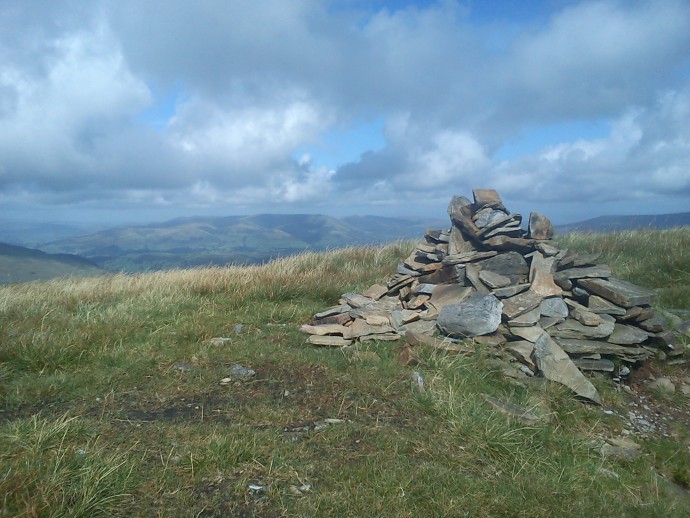 Summit of Great Coum.Howgill Fells in the distance 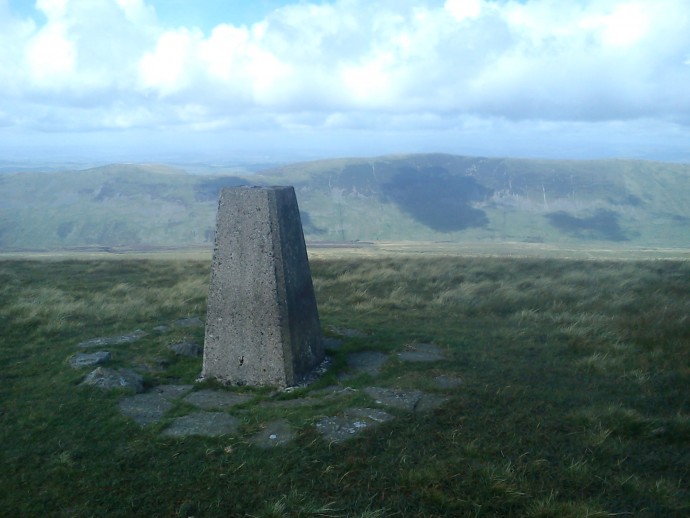 After Crag Hill the route continues along the fence for a while, and then the indistinct path goes down to the left, eventually joining another fence further down hill.Then there's a left turn to follow a wall heading south towards Leck Fell House which you can see in the distance.
This wall goes down to a bridge over Ease Gill. Ease Gill from the bridge

You then go over a stile and down toward the river bed,where you can see a cave with a waterfall. The next half mile is along the dry river bed, 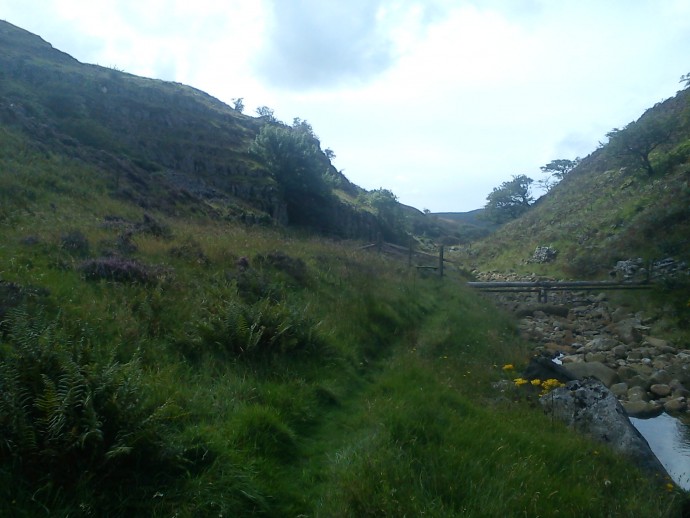 and then there's a fence/wall which rises steeply from the river and leads back up to Leck Fell House. 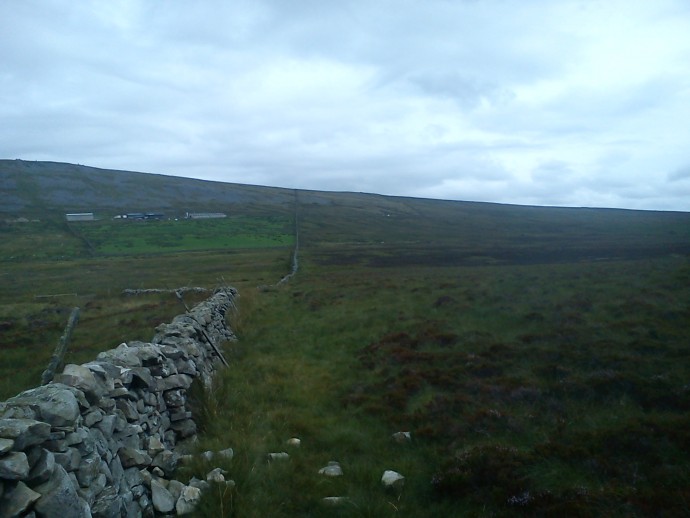 If you don't mind getting wet it's an enjoyable walk with some good views.

Great report of a fine wander Andy, good to see some sunshine even if it was boggy underfoot, I love the shot of Ease Gill from the bridge and the wavy wear patterns along the rock

Enjoyed the report Andy and brought back some fond memories of my student years and time spent staying (Well mostly drinking) at the Sheffiled Uni caving hut behind the Hill Inn, Breakfast at Bernies in Ingleton (Is it still there I wonder), a quick visit to Inglesport (Or Ingleswindle as it became known!) and then a trip down one of the caves in Kingsdale! Nice to see what I was missing whilst underground!

Did this one yesterday and enjoyed it, albeit that the cloud decided to close in so everything from the Three Men to somewhat after Crag Hill was white-out! So I was grateful for your helpful GPX track. From the views that finally did emerge on the way down, I suspect that on a clear day it would be rather scenic!

Very small suggestion: at the start of the walk it's easier to pass through the two gates on the road immediately up from the layby before striking off up the hill towards the Three Men, as it avoids crossing a couple of fences/walls.

Thanks Andy, I used your route as a starting point for my own. The visibility was poor today but the frozen ground made walking across the boggy bits much easier than it otherwise would have been. I dropped down to Ease Gill sooner than you had and was fascinated by the way the river just disappears underground and yet there is a very well defined river bed so it must run sometimes.
Cheers.