Another quick report and some photos from a recent trip back onto Beinn a'Bheithir.

I had a walking companion for this one, in the shape of Stuart, a colleague from work who was keen to get out in the hills. He’s no novice himself, but hasn’t been out as regularly as myself. I’d made a few suggestions, and we decided on Beinn a'Bheithir as he hadn’t done this hill himself before. So, with the Olympics coming to an end all talk of Oosain “Lightening” Bolt was replaced with talk of the Thunderbolt

Weather wise it was a perfect day, as we had warm sunshine all day, with enough breeze from time to time to cool us down. Really don’t need many words, as hopefully the pictures tell the story 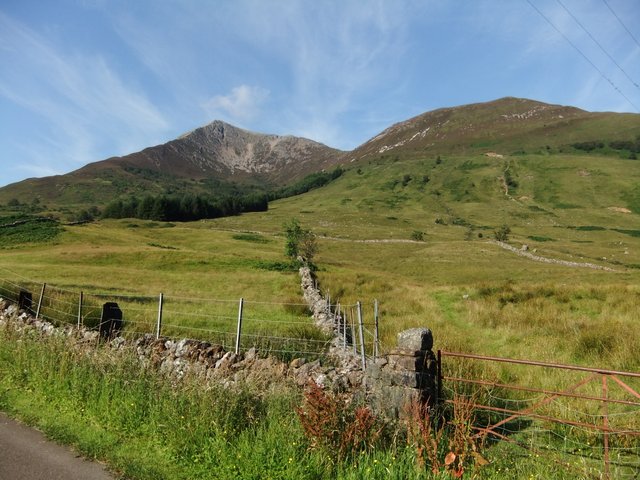 Beinn a'Bheithir from the start of the walk

I’d chosen to include Sgorr Bhan as well as the two Munros, to make a proper circuit of the walk and also because the view from that top up to Sgorr Dhearg is (in my opinion) breathtaking

Got some great views back toward the Loch Leven and the Glencoe and surrounding hills on the way up. I had warned Stuart that the trek up the flank of Sgorr Bhan was steep, pathless and involved a lovely section of heather and bracken before we eventually located the path. I’d forgotten just how steep and just how lovely the heather and bracken was

A tough introduction to the hill, that’s for sure. 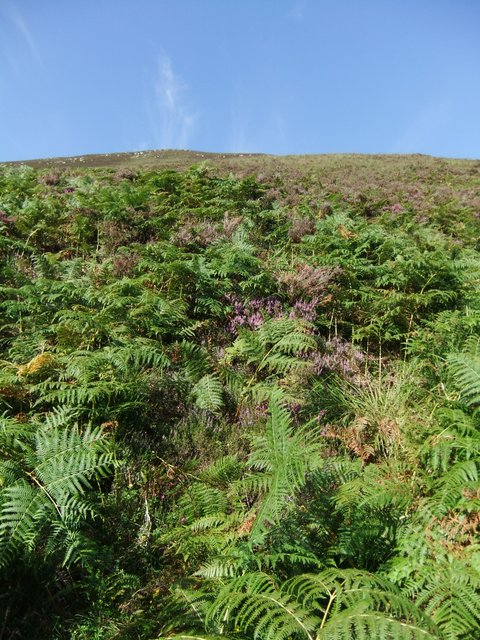 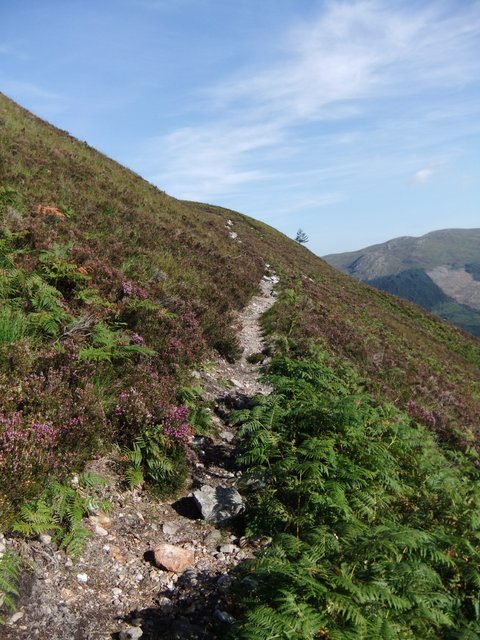 And the at last, the path 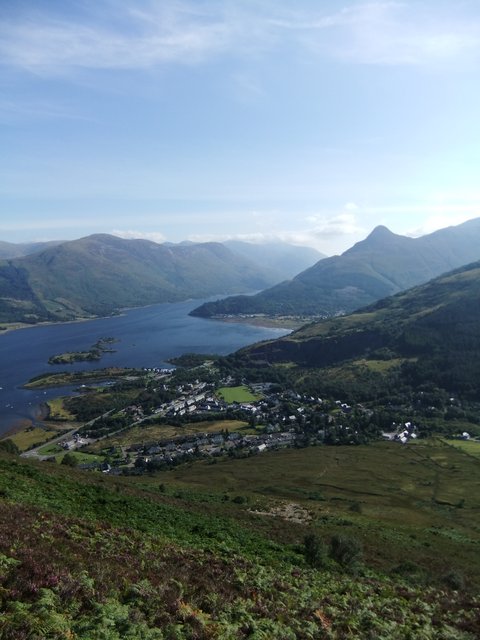 The "Pap" and Loch Leven 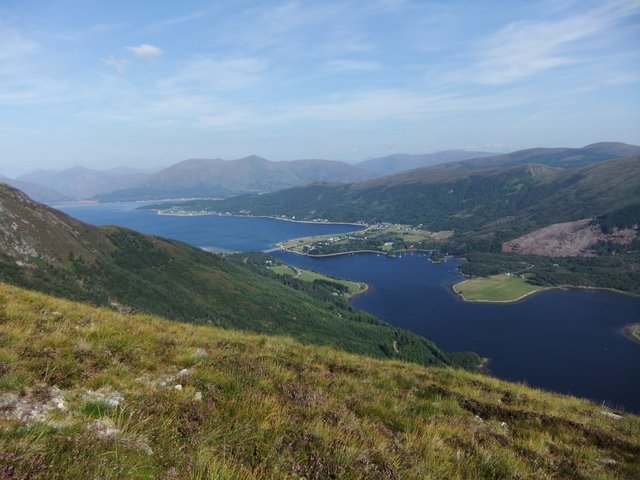 Down to the bridge and Loch Leven

Once on the path the rest of the route is a sheer pleasure (well, except for one section that Stuart was not at all keen on later in the day 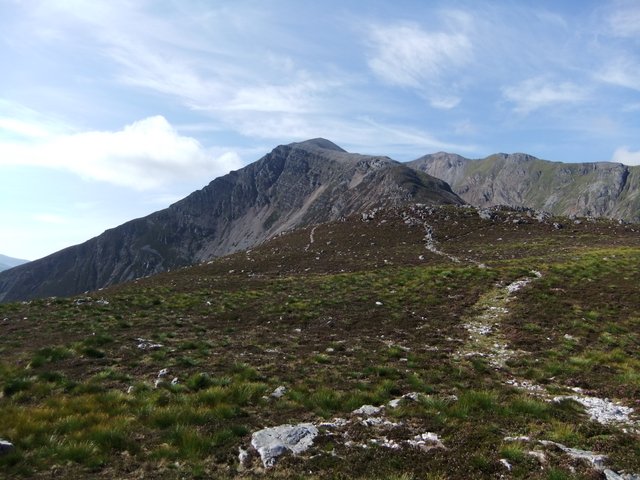 On the route up Beinn Bhan 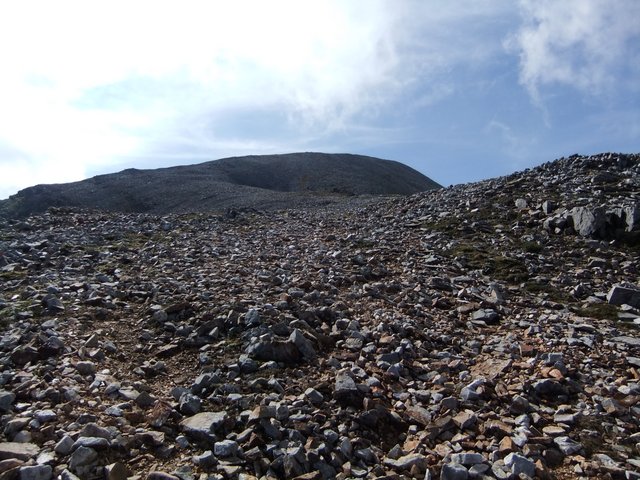 Beinn Bhan ridge higher up toward the summit 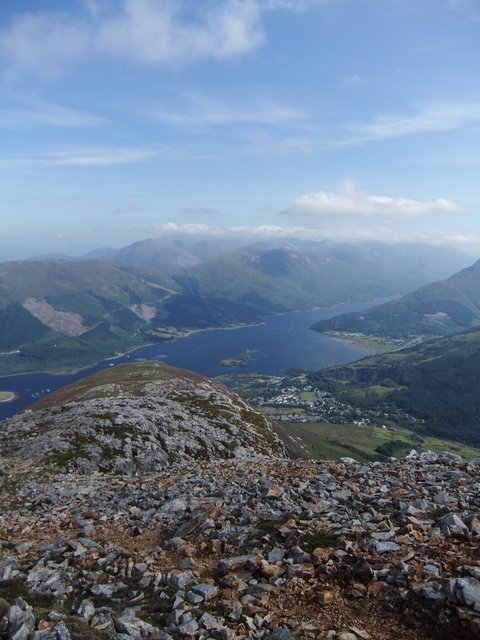 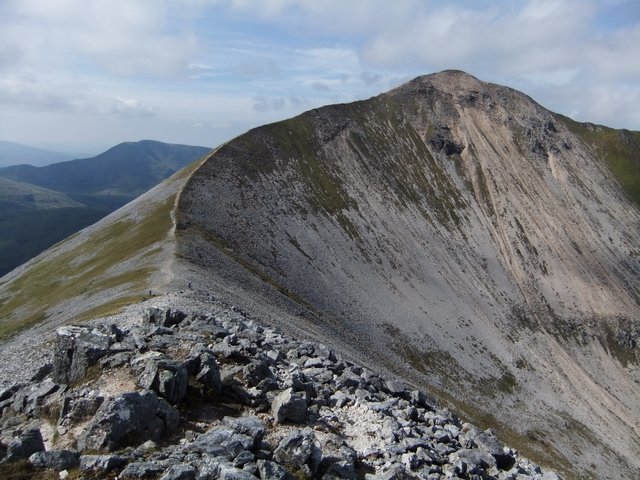 The view from Beinn Bhan to Sgorr Dhearg

Walking to Sgurr Bhan and then onto the two Munros of Sgorr Bhan and Sgorr Dhonuill is on a good path and any steepness doesn’t really feel that bad. Had great views from all three summits 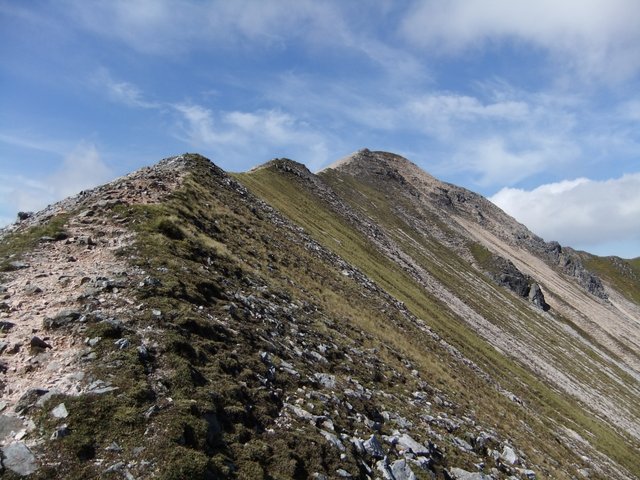 On the way up Sgorr Dhearg View back from Sgorr Dhearg to Beinn Bhan 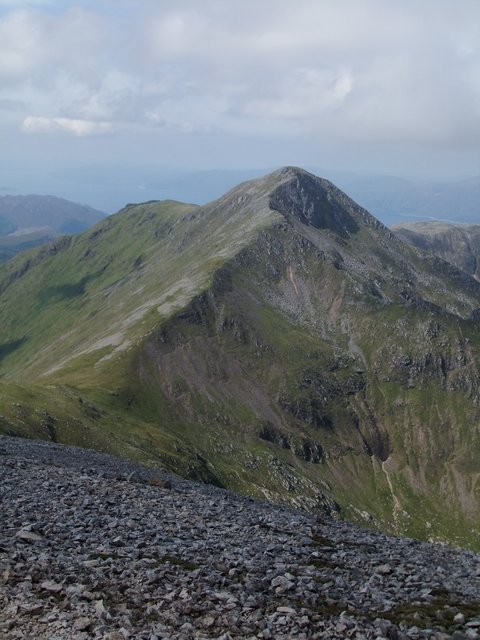 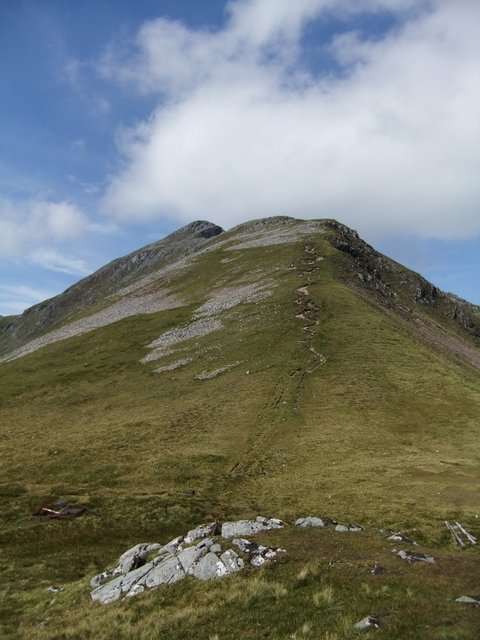 The route up Sgurr Dhonuill 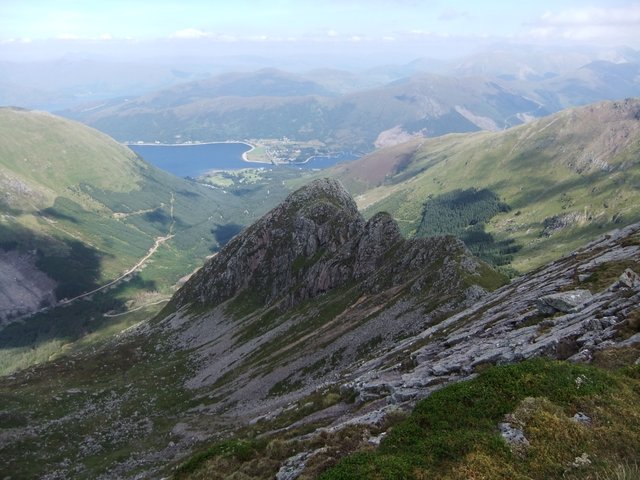 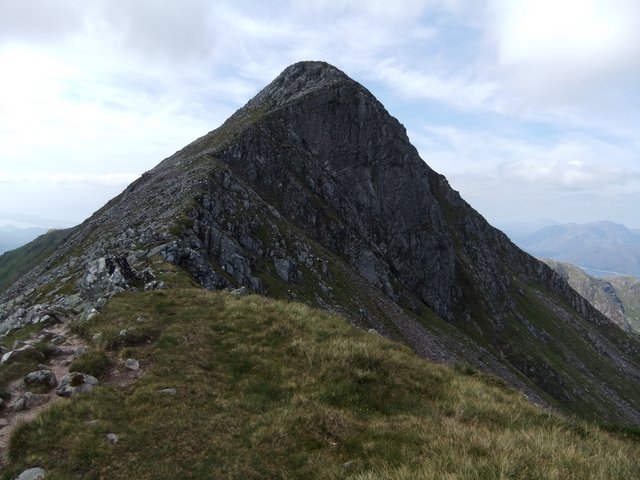 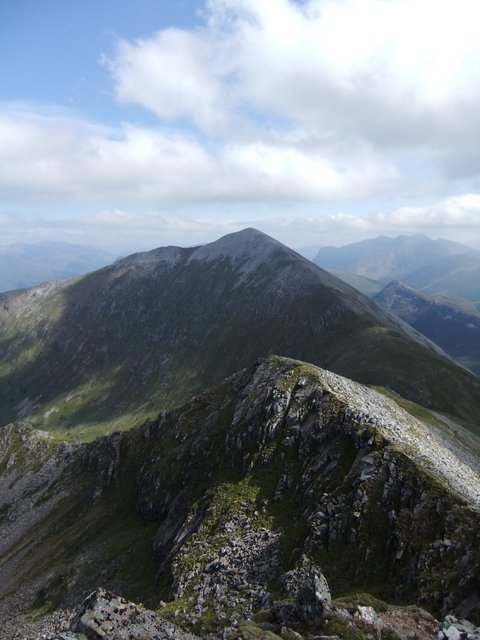 And then the descent

I’d chosen to drop down off Sgorr Dhonuill and work our way round Coire Dearg. Here there is a steep, scree filled gully

I should have taken a picture of Stuart’s face, but it would have been cruel

I don’t think he realised we were going down that

He definitely didn’t enjoy it, that’s for sure. 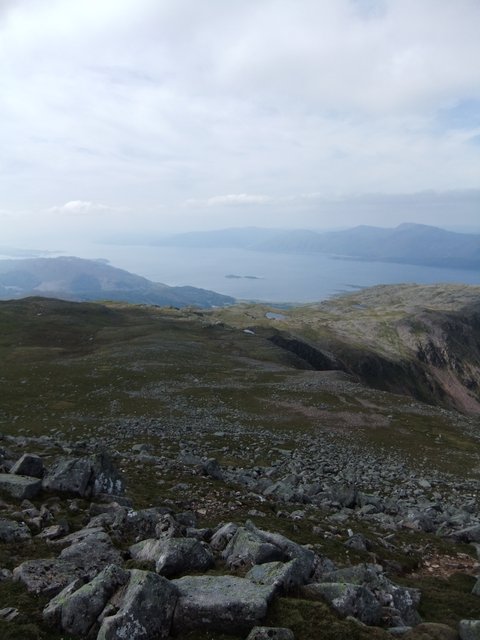 View out to sea coming down of Sgurr Dhonuill 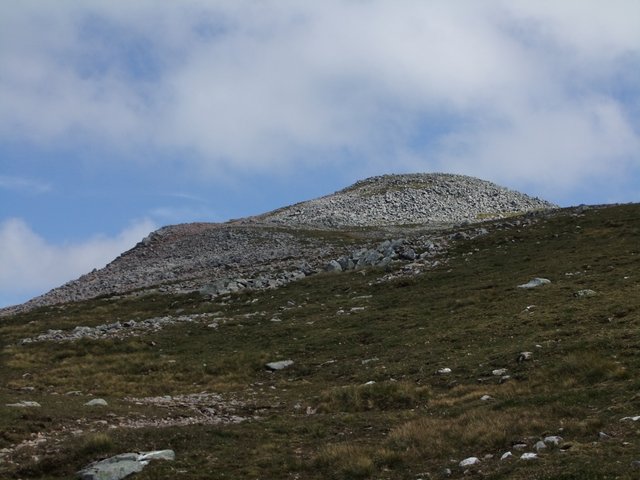 The "other" side of Sgurr Dhonuill as we descended Yes Stuart, that is the way down... 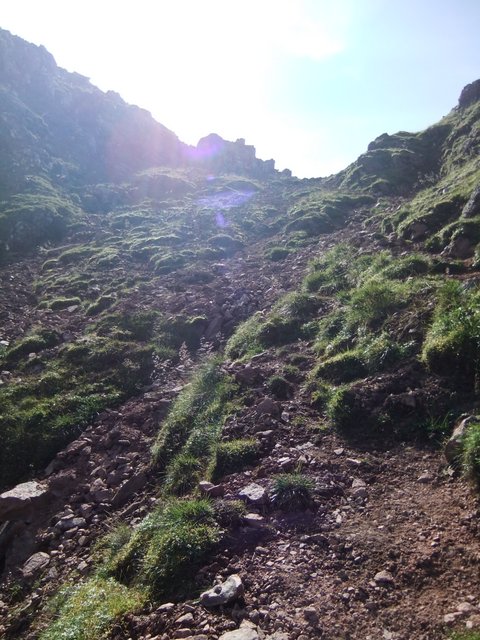 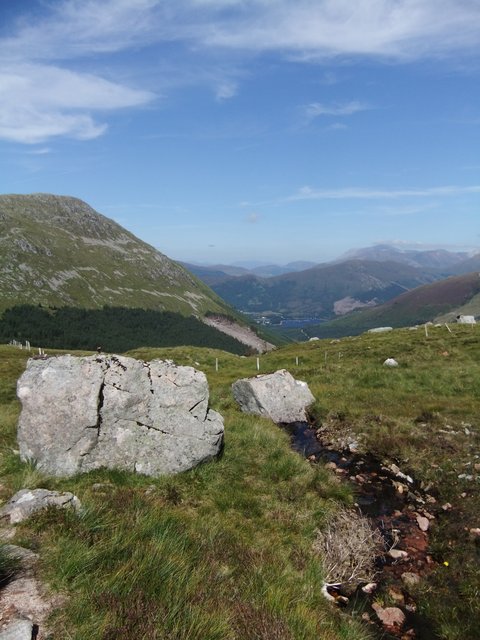 Route heading into the forest back to the road

We made it down safely though, but not before some young female whipper-snapper jogged down past us like she was out for a quick stroll to the shops

After the gully we picked up a path through the forestry and onto the land rover tracks. We turned right here and made our way to the roadside close to the old church and the short walk back to Ballachulish. 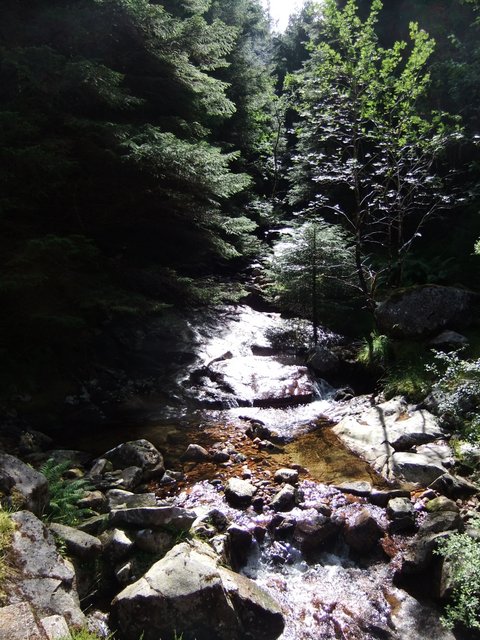 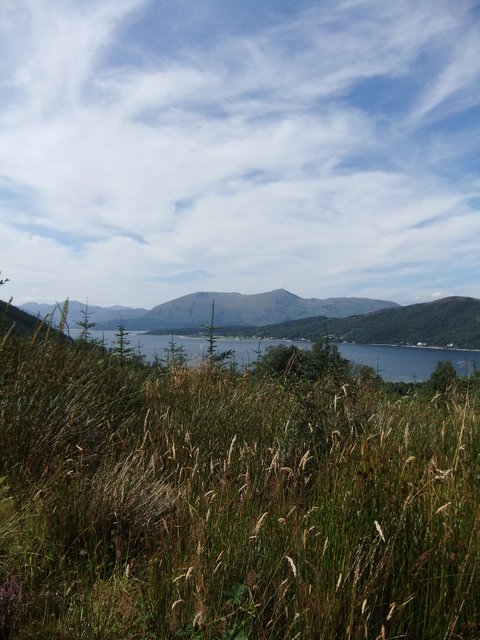 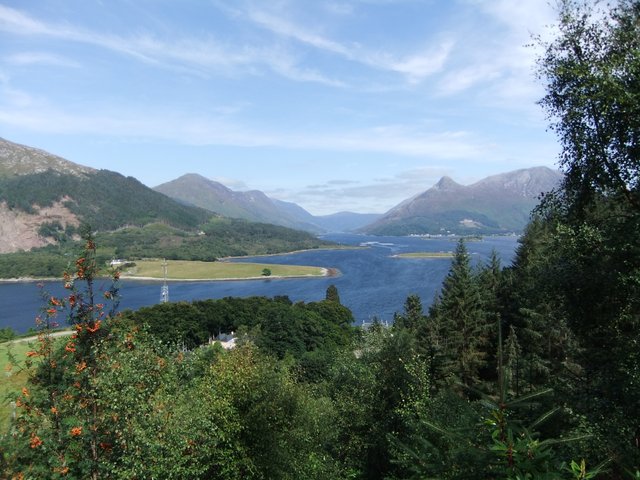 A last view of the Pap and Loch Leven

Love your photo of the view back from Sgorr Dhearg.

Nice one pete,brings back memories of the climb up through the heather of Sgurr Ban

dogplodder wrote:Love your photo of the view back from Sgorr Dhearg.

Thanks dogplodder. A good hill this one. Stuart is still complaining about that scree

I take all as part of the fun of the hills.

pigeon wrote:Nice one pete,brings back memories of the climb up through the heather of Sgurr Ban

Thanks pigeon. Couldn't have asked for better weather than this. I agree about this route too. Much preferable than the baggers route

Great stuff Pete, wish you'd got a pic of your mates face at teh top of that descent....we wouldn't have laughed

Your photos throughout this one are stunning mate, absolutely love em

I know how he felt! I didn't like the look of that scree gully either, getting onto it was the hardest part, but once on, it was fine, great walk back through the forest. Good report and photos thanks for sharing

Nice report Pete. I did exactly the same route on exactly the same day and have almost exactly the same photos! Judging by the shadows you left a little later than me. I wasn't going to go down the scree, but a guy I met at the summit of Sgorr Dhonuill had just come up it and suggested it was nae problem, so I headed off that way.

What a cracker of a day it was! Attached another couple of pics. 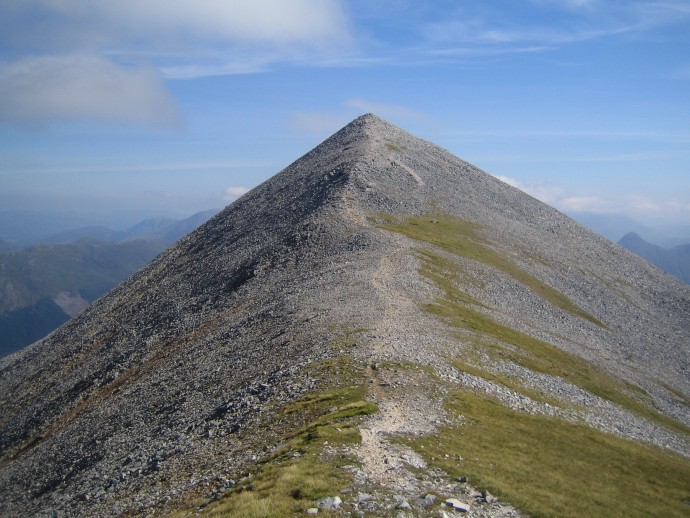 The pointy summit of Beinn Bhan