After climbing Skiddaw last weekend it was time to get out on some hills closer to home. Saddle Yoke and Hart Fell. I have walked this route a few times and crossed it many more although this would be Cammys first time on either. After watching Sevco scotland ltd beat Elgin 5-1 I had a few beers on Sunday night and slept in on Monday. So because of me it was a late start at 3pm. The early going was tough and sore legs moaned, ached and groaned thier way up from Capplegill onto the ridge.

The path along it is fairly easy to follow and the views are good on either side. We noticed the cloud base getting lower but hoped it would be fair for the rest of the day. Soon the lesser peak of Saddle Yoke was reached and a short stop was had before heading down the saddle and onto the donald of Under Saddle Yoke. At this point the cloud was racing in from the west and being dragged down into the valleys in swirls and waves. The veiws into Carrifran were still clear and White Coomb in the distant east was glowing in the sun. Raven Craig looked particularly impressive. 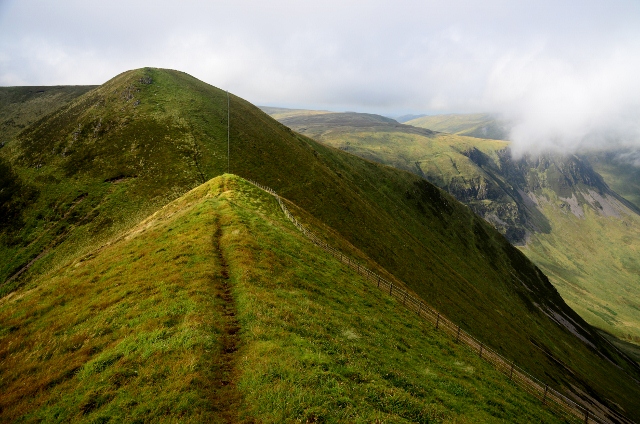 The Saddle and Raven Craig on the right

Just as we were climbing onto Under Saddle Yoke a plume of cloud got swirled down into the valley on our right and the sun shone upon our backs creating a beautiful brocken spectre in the cloud below us. A fantastic sight although short lived. We then set off for whirly gill and then the ascent of Hartfell Rig. Heading up onto Hartfell rig

Its not fun loosing so much height only to have to gain it again but improvising a few wee scrambles on Saddle Craigs made it all the better. 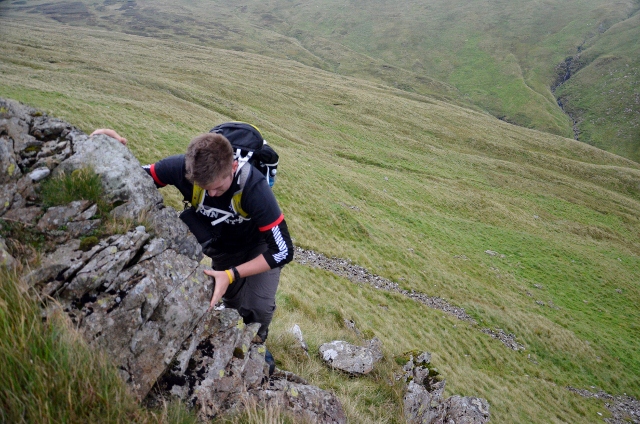 Either we had gained more elevation or the cloud had dropped. What even way we were now in thick mist and the march to the summit of Hart Fell was bleak and for the most part blind. The trusty fence guided us to the shelter where soup and beef jerky was hastily eaten. 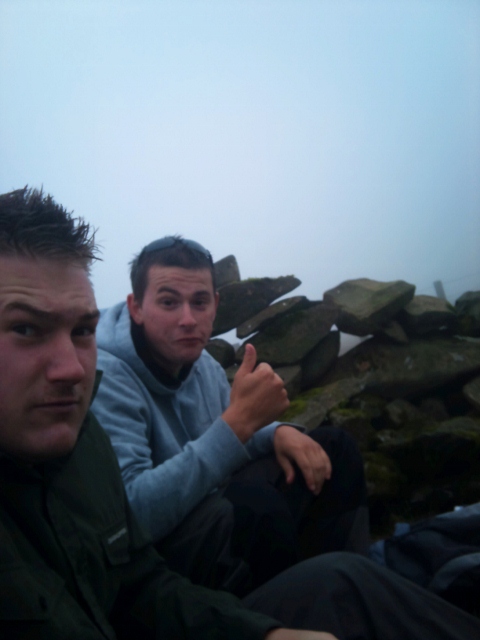 It had begun to get dark and on the top of the Corbett it was quite a chilly breeze. Not raining but the mist was sticking to our clothes making it damp going. Hoodys and shirts were donned before heading for Swatte Fell and Moffat. 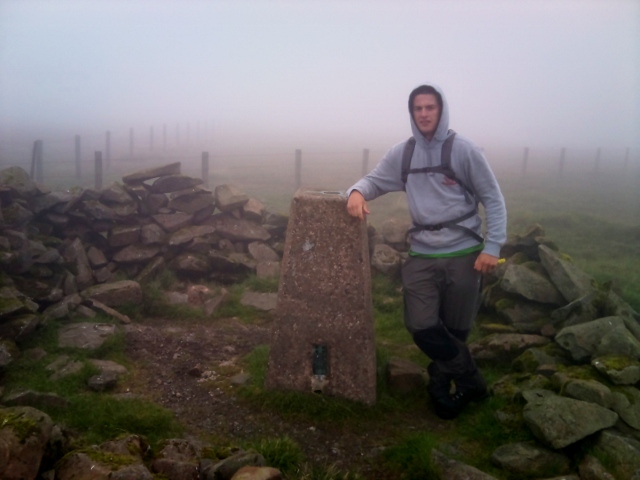 The mist made it dark sooner than expected but thanks to a little local knowledge we were soon heading down birnock cloves to the forestry track into Archbank farm and eventually Moffat. Although I've walked the route plenty of times its never the same. Conditions and company see to that.

Re: Saddle Yoke and Hart Fell once again

At least they won

My team could only draw at home to Aston Villa