Incredible to believe, but my wee girl turns 18 months old on Wednesday.

With Mrs D being away on a girlie weekend up to Grantown, I took the opportunity and profited from the reasonable weather to take Ailsa up her first Corbett. She loves berries, raspberries being one of her particular favourites, so Meall nan Subh looked like a good choice. Some sources suggest that the name means Hill of the Raspberries, others give it the less specific meaning of Hill of the Berries. Either way, it seemed relevant and suited our requirements, being only a couple of hours at most up and down.

We went up through Crieff and Lochearnhead, turning off at Lix Toll into Killin before taking the miniscule road up into Glen Lochay. Last time I had been along this road was in November 2010 when I did Beinn nan Imirean and Meall Glas. That day we had parked in the big new parking area just before the farmhouse at Kenknock. For this one, I had looked at a few reports from this and another site and established that it was indeed possible to drive up the minor road connecting Glen Lochay with Glen Lyon. Reports suggested that it was quite rough and potholed but I'd read of people doing it in Ford Fiestas and the likes, so I thought it should be OK.

I drove past Kenknock to the start of the aforementioned road opposite the bridge but just as I was about to turn up, I saw that there was a gate about 50 yards or so up the road. I had read that there was a gate (sometimes locked) at the high point of the road next to the Lochan Learg nan Lunn, but didn't realise that there were other gates as well. My initial reaction was that it was locked and that there was no way I was parking here and hoofing it up the road with an 18 month old toddler strapped to my back, but when I drove up to it, I could see that it wasn't padlocked.

After that, the road was pretty potholed but not as bad as some reports would have you believe. A second gate was reached after all the hairpins and after this the surface improved considerably.

We parked up in the large grassy area just beyond the high point on the road in line with the lochan and had a quick scooby snack before heading off up the steep, knobbly looking hillside. Everything I'd seen, read and heard about Meall nan Subh confirmed that it was a knobbly little character and this is indeed the case.

We took a slightly circuitous route up to avoid some of the steepest sections of crags and knolls but all in all it was highly uneventful. From the summit we daundered over to the stone pillar cairn and then across to the broken down trig point before dropping back down to the fence which we followed back down to the car.

Here are some photos which do a finer job of telling the story of the day....... 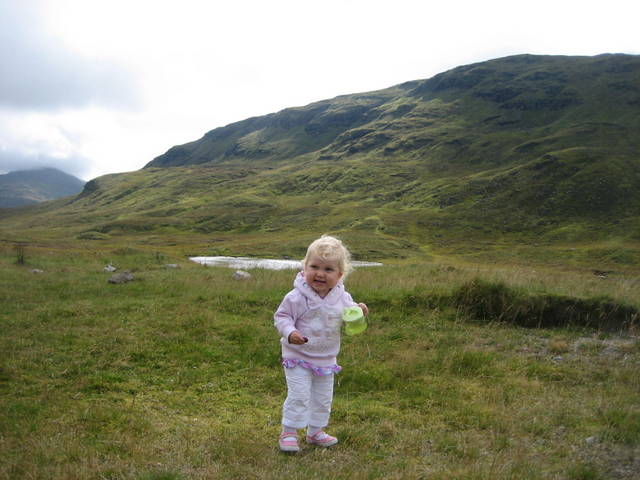 Joy unrestrained at the thought of her first Corbett! 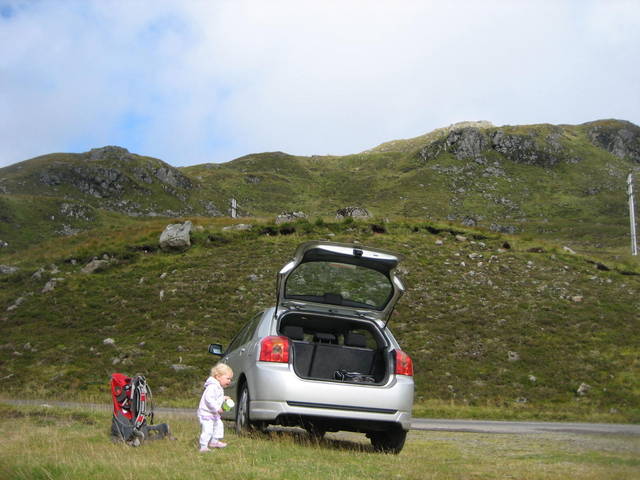 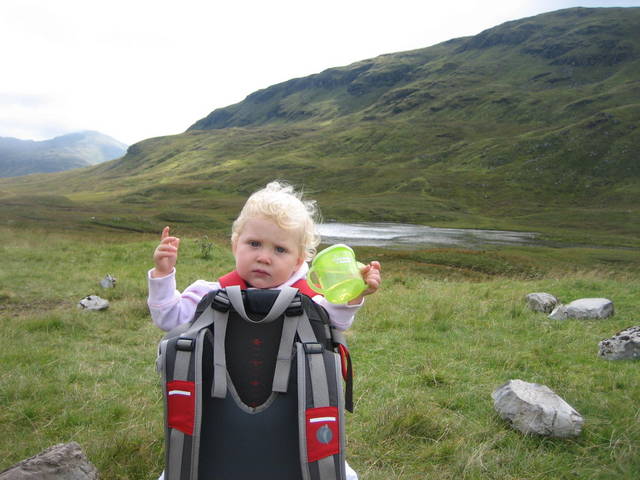 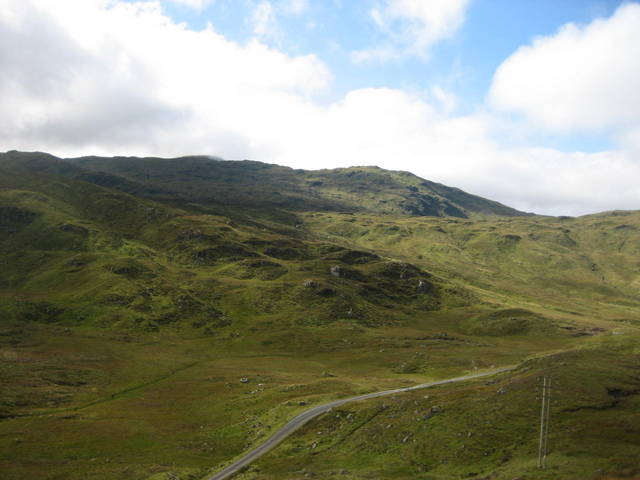 Heasgairnich popping her head up 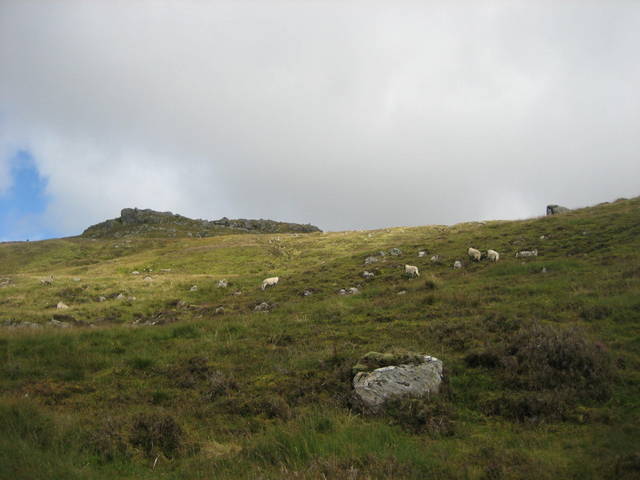 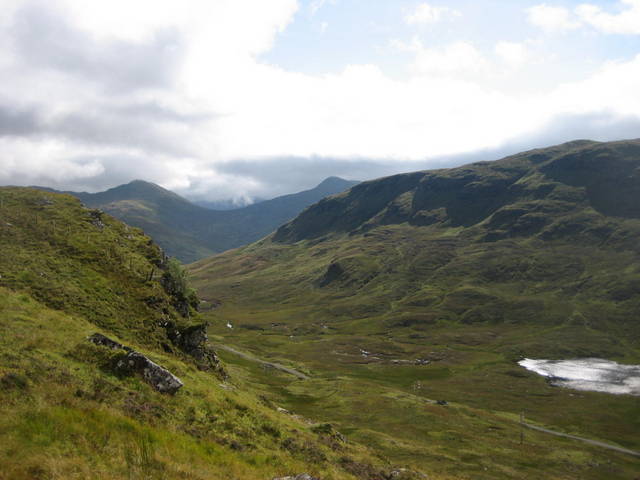 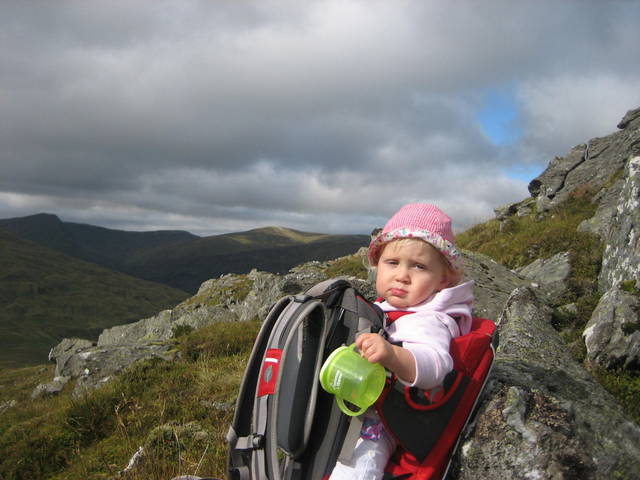 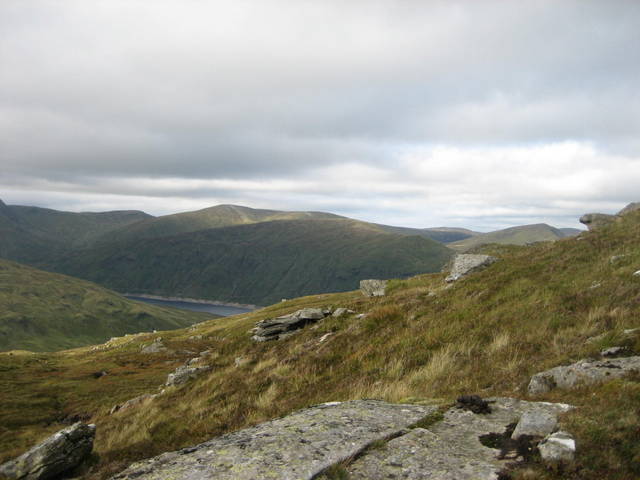 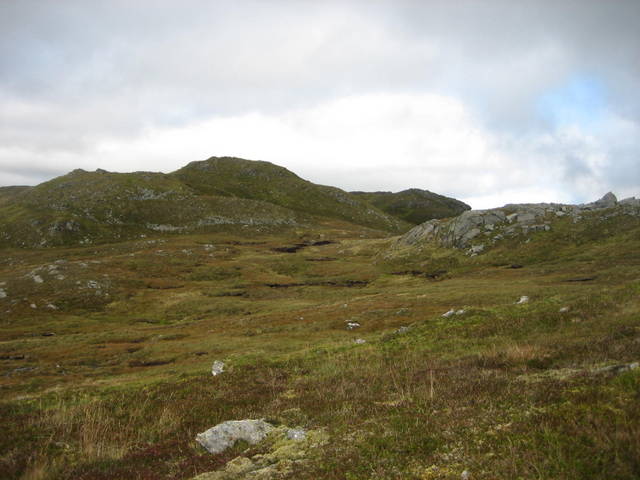 Ahead to the summit 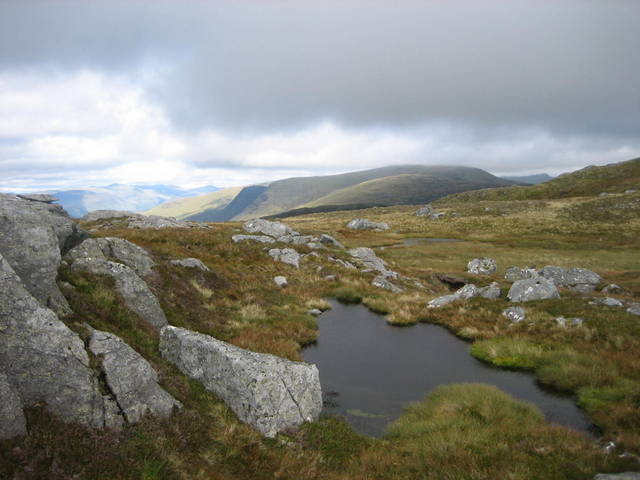 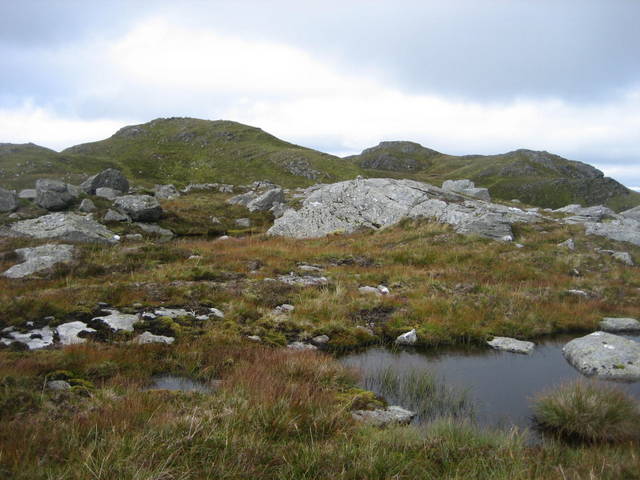 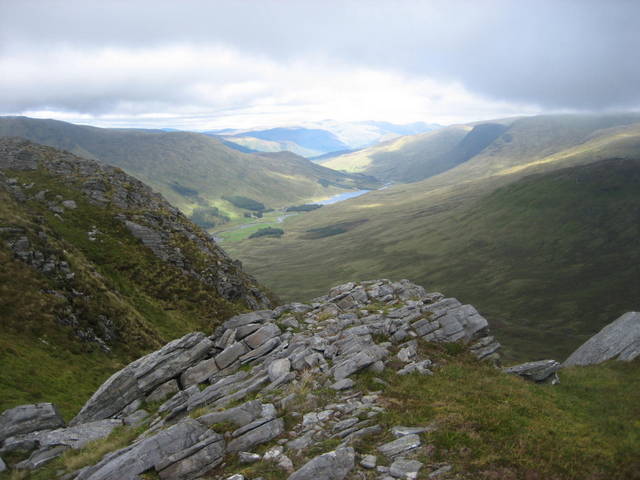 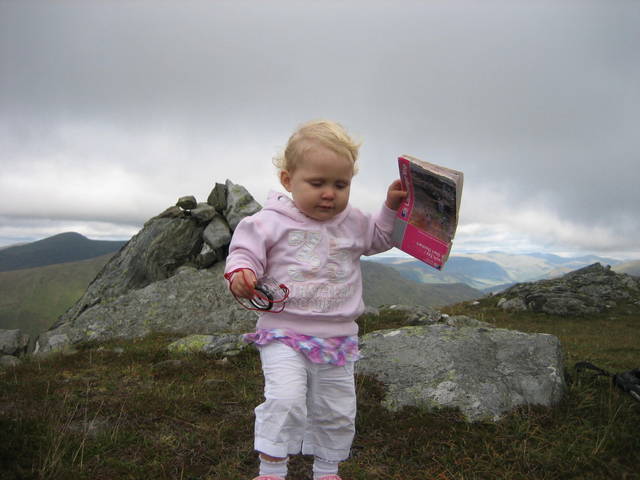 Ailsa at the summit getting to grips with the basics of navigation! 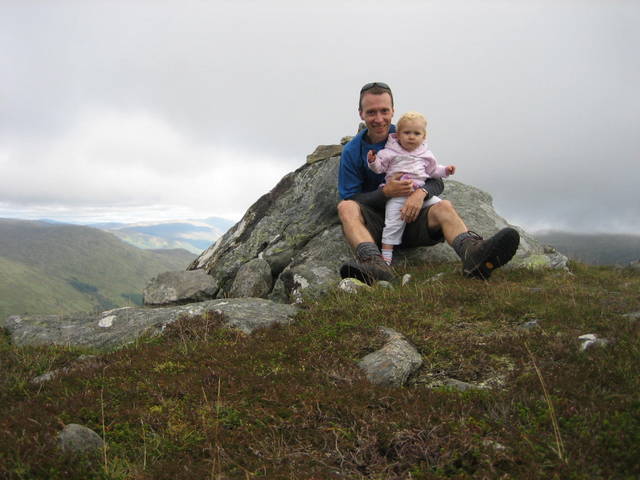 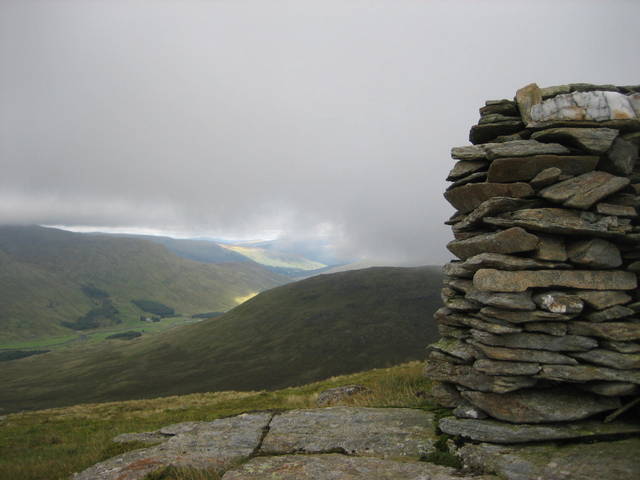 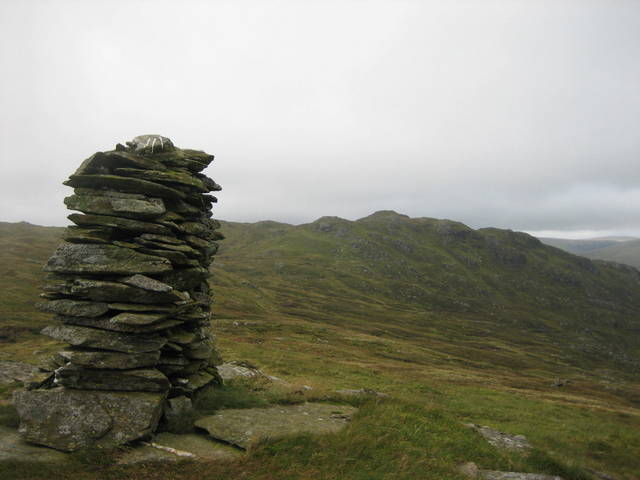 Looking back west to the summit 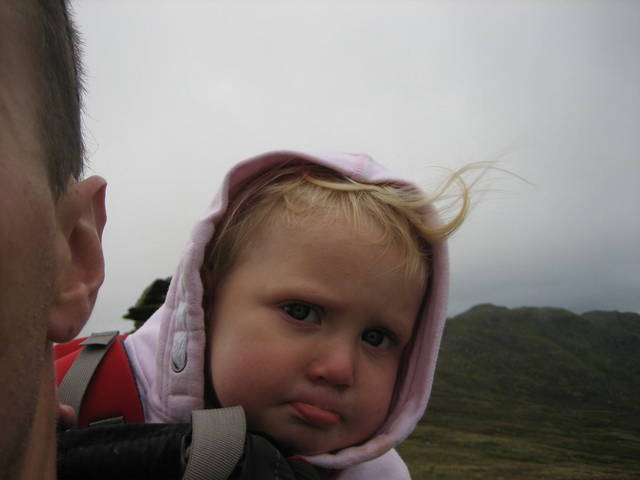 Can we go back home now daddy? 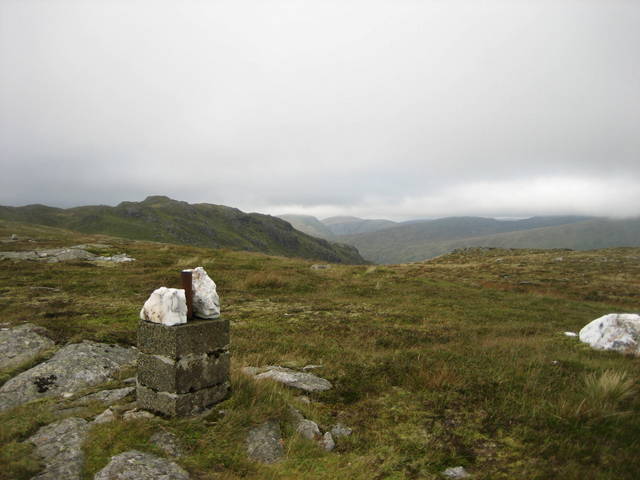 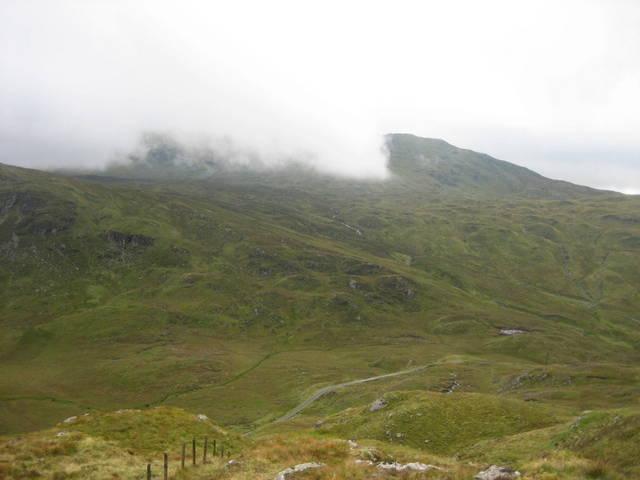 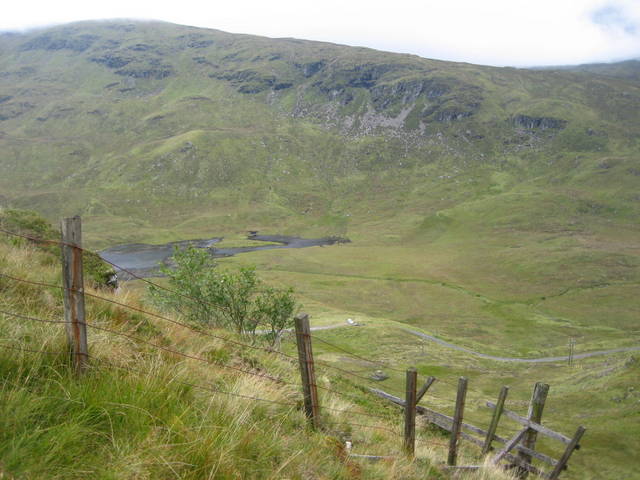 Cracking pics,Good on you for gettin the wee yin out

Graeme D wrote:With Mrs D being away on a girlie weekend up to Grantown

Incredible to believe, but my wee girl turns 18 months old on Wednesday.

I know exactly how you feel mate, my grandson was born just two months before Ailsa now he talks to me on facetime

Love the report and the photos of what looks like a little cracker of a hike. The photo taken over your shoulder toward the end there is brilliant, great stuff

Ooooh nice one Mr D, food in the title and a diva in the report- can't go wrong there!!!!

brings back memories too, we walked down that road after i fell in the bog!

Was it rapsberry ripple or was Ailsa actually blowing you a raspebrry in "Can we go back home now daddy?" ?

Nice one Graeme and great to see she's enjoying it - cheers

brings back memories too, we walked down that road after i fell in the bog!

Loch Lyon,ave seen that before jonny616.

Graeme,brilliant seeing Ailsa up her first Corbett,good to see she has taken her looks from Mrs D also.

Brilliant Graeme. What is frightening is that her expressions come right out of the Dewar handbook! I am sure she'll show you how to navigate in the future....

Excellent stuff, Graeme. It's good to introduce young ones to the mountains. It's nice to see her taking interest in the map!

Well done to both of you..Nice one.. Will keep this one in mind for a short wee walk

Glad to see you all enjoyed that one! I'll have to sit down with Ailsa now and have a serious discussion about what her first Munro is to be! That one will probably have to wait until next summer now though.

I knew that I spent a fair bit of time during the walk wiping the snot from her nose but I didn't realise until the other day when I went to put my top in the wash that there was a massive snot stain on the back between the shoulders! Nice!

Graeme D wrote:I knew that I spent a fair bit of time during the walk wiping the snot from her nose but I didn't realise until the other day when I went to put my top in the wash that there was a massive snot stain on the back between the shoulders! Nice!

If you only got a snot stain reckon you got off lightly!

Well done on climbing that with wee girl on back - plus Pampers and all the rest!!

dogplodder wrote:If you only got a snot stain reckon you got off lightly! Well done on climbing that with wee girl on back - plus Pampers and all the rest!!

This is very true! Being puked on (or worse) up a hill would not be amusing. I've had to perform a nappy change at the top of a hill before (Torlum) but glad to say that all spare nappies that went up this hill came back down unused and the change wasn't required until we were back home.

Excellent G. A lovely report. Before you know it you will be a grandad