This is just a short report on my walk last Sunday.

With the engine warning light still making an appearance intermittently I wasn't sure I'd be heading out at all, but the sister-in-law gave me the lend of her car, so I was all systems go

I'd originally thought of doing the two Munros of Beinn Bhrotain and Monadh Mor from Linn of Dee, but had one of those rare can't-be-arsed-to-get-out-of bed days, so was late getting going. Hence the change of plan and a gentle stroll up Meall Chuaich instead

Let's face it, as a hill it probably won't win any prizes

But it's by no means a bad hill. It's a nice easy walk in beside the aqueduct and then on a good track to the foot of the hill near Loch Chuaich

Some good, if slightly hazy, views from the summit

Hung around on the summit for a while, but the wind was pretty keen, so it was soon a case of heading back down the hill. Went off piste for a short while on the way down, but no chance of any of my usual "adventures" on a hill like this

Stopped of at Loch Cuaich on the way back. A nice little spot - even saw some wildlife, which is rare for me

So, all in all another good day on the hills

And here's some pictures from the day View of Loch Garry at my "rainbow" stop I had this feeling of "being watched" Route up toward the summit View of the surroundings Zoom in on the Cairngorms 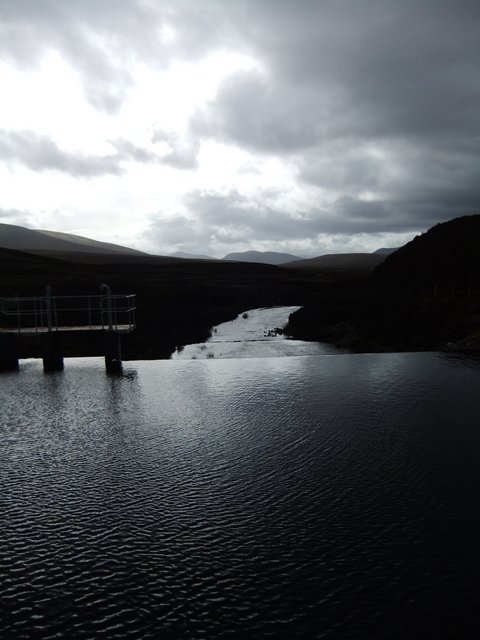 The weir off Loch Chuaich Pipeline by the power station View from the power station Another view from the power station A final look back at Chuaich with aqueduct

Re: A lazy Sunday stroll

A fine wee wander for a Sunday Pete, looks a bit murky out but no mention of rain....did you manage to dodge it (except for the journey in where you got that cracking rainbow)

Re: A lazy Sunday stroll

Nice wee stroll this one Peter,holds special memories for me this one,was my first one back after I broke my ankle,also got to the summit and this fella was doing press-ups near the cairn

"none so quear as folk"