, All the way on the drive up it had looked good and we were looking forward to our first real views as it had been misty on our previous climbs ! . Ah well we set off in the hope that the sun would burn through by the time we got there ( which should be plenty of time as we just plod away being new to all this

) . I had read through some reports on WH and knew it would be a steep ascent and they were not wrong

, On the lower part the views back were good 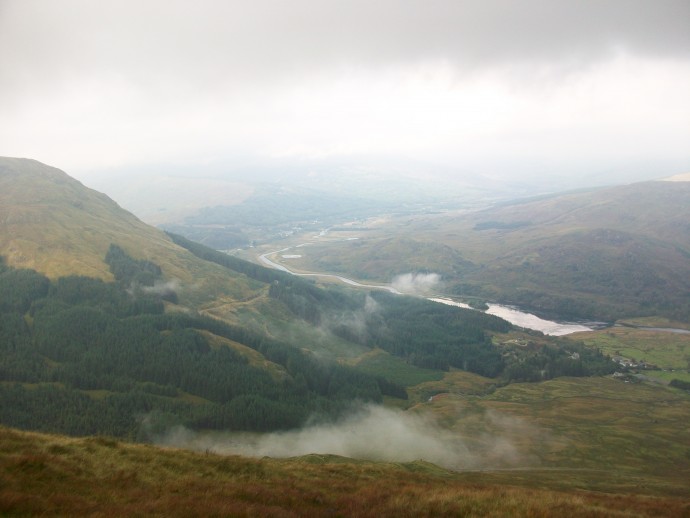 Onwards and upwards the ascent was unrelenting but we just ploded away ! There were more people climbing than i was expecting and most passed us on the way

We talked to a couple of climbers Bill & Lyndon who were very helpful in there advise and thoughts >>> Cheers guys !! 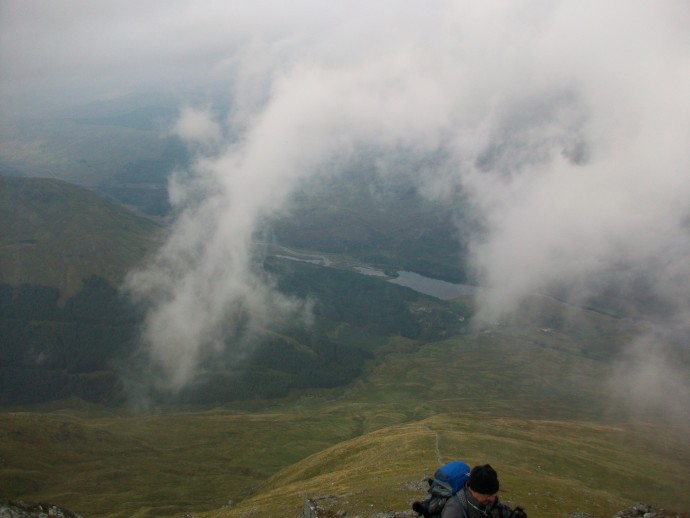 Now which way is up ? All smiles for the camera

So a quick cuppa and a bite to eat and it was time for Stob Binnein and as we descended we got our first view of it with the top still shrouded in mist ! A view back to Ben More

and soon we were at the summit of Stob Binnein Up till now i was fine but from the bealach down my wee leggies ( Knees ) took a beating ha ha but we are once again planning our next adventure and .... Luvin It !!!.....

Good effort though on a very steep pair of hills.

Nice one! I'm sure there'll be plenty more views to come ..... as well as more than a fair share of clag too.

Thanks Fudgie, It was very slippery in places and I have to admit i slid a couple of times and fell once

but junior fell twice so i make that one up to senior !!

Thanks Graeme D, I am sure will there will be plenty of clag in future climbs but when it does open up the surrounding views are simply Stunning !

Thanks Ken reid, We are planning doing a whole lot more next year so we are hoping we will get our fair share of good views .....Although we are not finished for this year yet

Hi Peter. Good report. Thanks for the mention re our meet on the hills. Did send some details for our local walking club to the mobile no. Bill gave me. Not sure if you have seen it yet.

Just in case is wrong no. send me a private note with you mobile no. or email. Keep up the good work.

I've still to do these two so it's good to read your report. Sounds like they're quite a test for the old knees!

Thanks Lyndon , I did get your message and i found the club online ! I have just been very busy just now but will be in contact

Hi dogplodder , there are two ways down from the bealach ! straight down which (i'm told

) is very boggy or you can follow the path around the side of Ben More and traverse down which we did and so did most others who were in front and also some coming from behind !! As said it can be very slippery in places on the steeper parts but i found it better to walk on untrodden grass in those parts as you got a better grip ( old indian trick ha ha )

Well done guys. Thats a fare old slog up there but i managed to miss it by doing these from the south.

By all accounts one of the steepest ascents for a single Munro.

DID THESE TWO LAST MONTH WEATHER WAS BRUTAL,BUT AT LEAST THEY ARE DONE ,SLID MOSTLY DOWN THE BEALACH,LOL.

Thanks Monty, Still enjoyed the ascent ! the harder it is the more satisfaction when you get there

Hi garry the arab , glad our weather was not to bad and yes slippy on the way down