We have had a good few weeks off climbing due to other commitments (mainly Kyle’s footie competitions). However we hit the hills last weekend and had to turn back 150m from the summit of Ben More due to the wind! I and Kyle where gutted about this “failure” but better safe than sorry, the hill will be there another day!

The trouble is when you are six years old, you’re not very heavy so a 30mph wind is like a 70mph to an adult I reckon!

Anyway we had seen that the forecast for this weekend was probably the best for a long time so we decided to head for Perthshire on Friday evening after work and school.

We arrived in the dark and set up the tent next to the River Lyon, it really is a beautiful area of the country over there. We planned on tackling the Carn Gorm in the morning and possibly trying to complete some of the circuit which includes four Munros in total. We were up early and had breakfast then hit the hills just before 9am, there where another couple of guys heading off just in front of us, but other than that it seemed pretty quiet! The weather was slightly over cast but I could see the blue skies in the distance, great, hopefully the waterproofs would stay in the bag today. We left the car park at Invervar and headed up the path towards the woods, we followed the Invervar burn all the way up, instead of taking the “normal route” over the rickety metal bridge, we tackled Carn Gorm head on from its east side. Kyle’s idea, this was a direct route, but probably saved us quite a lot of time. Looking back to the rickety metal bridge!

We almost climbed the An Sgorr first, but I managed to persuade the wee guy this was not a good idea, phew! A spot of burn jumping!

The walk up the valley was relatively pleasant, a good path / track and not very steep at all. Once we started to go up the side of the Carn Gorm, layers started getting stripped quite quickly, it was STEEP!

Once we hit the summit the wind soon cooled us all down, we got into shelter around the summit and had a bite of lunch and looked at the maps etc. We decide that we would push onto number two, maybe three but four looked so far away from us I never thought Kyle would complete all four, I was to be proved wrong AGAIN!

Fully recharged after our “direct” route, we set off for Meall Garbh, it was a straight forward route, and relatively flat “boring” I think is the words which Kyle used! However the views where immense given the clear skies. I got snap happy with my camera on this outing. Summit two was quickly reached, mainly because the wee mountain goat ran most of the downhill sections, god help me! A couple more photos and some chatting to folks we had bumped into then onto number three. It was a relatively easy walk onto Carn Mairg, we took our time and had some good laughs along the way, mainly due to the songs which Kyle was singing. Kid’s imaginations are wicked, where does it come from? Poser on a mountain! He's already bagged the Lawers range in the background!

Makes me laugh anyway. One thing I have now learned about Kyle is his ability to keep walking, he has even started saying to me “dad, just keep on pick them up and putting them down” his words and what he is referring to is my feet, fantastic!

Once we had reached the third for the day I had already got a route down off the hills sorted on the map……….how dare I suggest this to Kyle, he wanted to complete the round and “bag” the fourth. Not to disappoint we marched on to complete the round, we hit the fourth summit, Creag Mhor at 3.45pm and was back in the car park by 5.15pm. To sum up this day…..we camped in the wilds the night before, bagged four Munros (18KM, 1300m ascent in just over 8 hours)……not bad for a six year old. We are already planning the next outings, I can’t wait. Kyle has now completed 22 Munros since April (126KM distance, 12,000M ascent) and still going strong. Glen Lyon, down we go!

Hope you enjoy our latest adventures….to be continued on a hill somewhere soon!

Well done to you and the young mountain goat.

Brilliant report, great photos, gorgeous dog - and you have one very amazing wee guy there

haha was up that route today and we knew you had been there!2nd time round they 4 and it was a brilliant day the views were fantastic!haha brilliant dave! well done the wee man again!

A good effort. At this rate, Kyle will be compleating while you can still call him Wee Guy. Well done, Dave and team.

robertphillips wrote:Well done to you and the young mountain goat.

Moobli wrote:Brilliant report, great photos, gorgeous dog - and you have one very amazing wee guy there

Thanks very much for the kind words.

He certainly is something special, just hope he sticks at it! 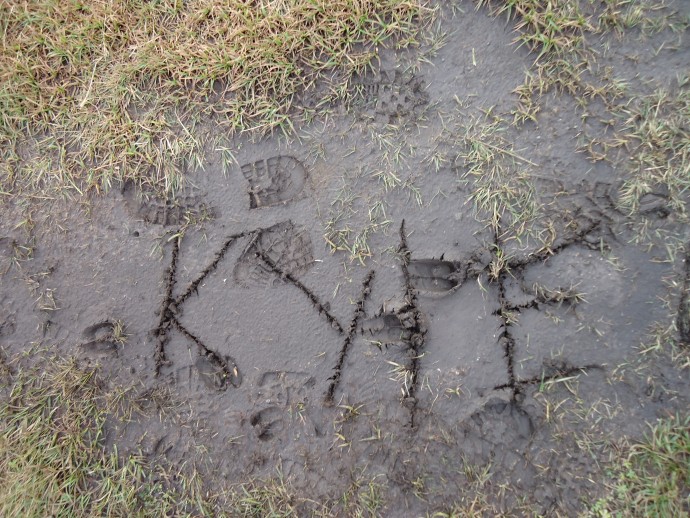 The views where amazing! Second time round, well done to you!

Thanks for the comments, Marley says Woof back!

simon-b wrote:A good effort. At this rate, Kyle will be compleating while you can still call him Wee Guy. Well done, Dave and team.

Thanks Simon, compleating is his mission.....god help me!

Wondered where you had got to over the last few weeks, bit of rest for you and Marley at least...

These were my first ever munro's but only did the 3; couple of the guys did the 4th one and they probably had an easier descent than us so I still have the final one to do but they are such a nice group I'll probably do all 4 again next year.

Wee man is catching up on me, I'll need to get a few more under me belt before winter kicks in. Doing Ben Ime on Saturday and that's me completed the Arrochar Alps at least.

Ha, ha Alfie....Is this the reason why:
DSC01526.JPG
The views where amazing! Second time round, well done to you!

aye bud thats the reason!gave us a guid wee laugh!aye 2nd time round and still took wrong path fae last munro!but this time wasnt bad as a was keepin eye on gps!an stuc 3 next for sure!