Canny see us visiting these two any time soon

A walk of about 5 miles took us into the ruined lodge then up slippy,wet ,heathery hill side to Carn Bhac,past the grouse butts where i seen rutting stags havin' a battle .Path improved further up and got to the top in about 3 and half hours.Got Senga's tattie and leek soup heated up for the boys and when they made the top Kev had decided he'd had enough,canny say i blamed him as the peat hags betwween the hills looked none too appealing

So me and Ian set off toward Iutharn Mhor over the hags and then up the steep stony slopes to the top.About 2 o clock when we set off down the steep slippy slope towards the ruins again ,another breather there and then along the 5 miles back to the car

Quick pint in Braemar then home to a waiting Ashmaan(again

).Kind of enjoyed the day,though unlikely these hills will ever see our boots again,just as well the weather was decent cos this would have been a major trial in the wind and rain.Good company on this walk was provided by Ian,Kev and Jake On the long walk in still on the long walk in and still on the long walk in 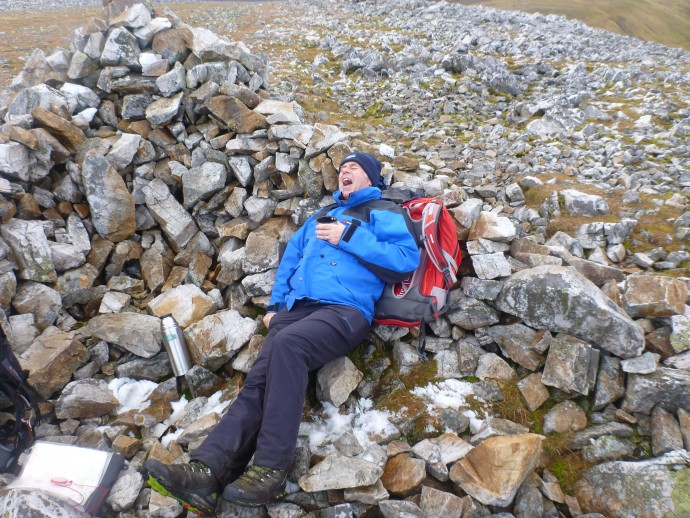 Kev on Carn Bhac,this is his reaction to the question "Kev,you carrying on to Beinn Iutharn Mhor then?" even Jake don't like the look of the hags 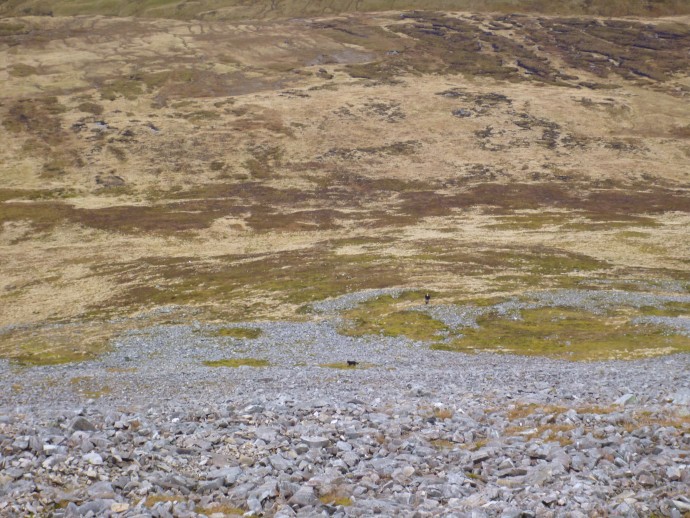 wee bit chilli at the summit jake gets his first snow in a while 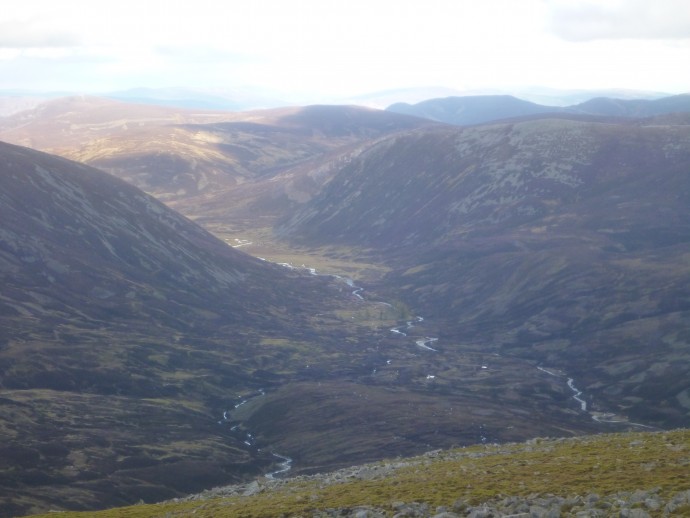 I'm looking to do these two next weekend, any tips on the walk between the two hills, any particular line to take??

Peat hags or not they still need done,2 more pigeon.

Like the photo of Kevin on the top, it reminded me of the 1970's Mash advert with the Martians 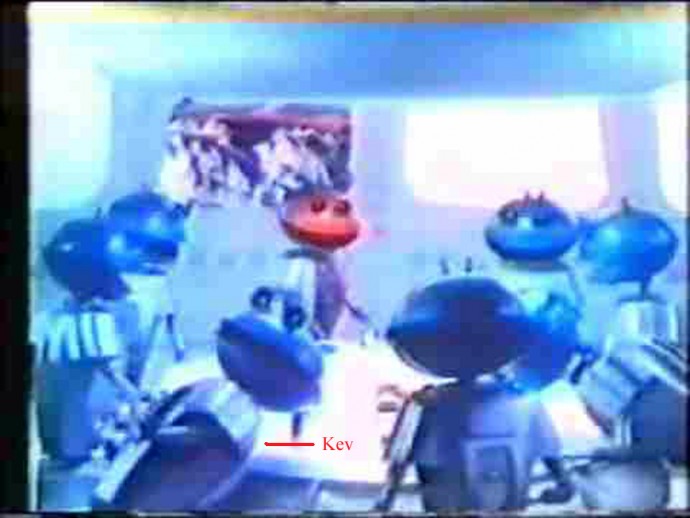 No doubt this is a long ,long walk , at least it's done now . Jake looks like he's loving the snow

Cheers Gammy and Quoman,need to be done as you say,Beinn I utharn Mhor is no a bad hill but Carn Bhac has no much going for it

I'm looking to do these two next weekend, any tips on the walk between the two hills, any particular line to take??

Gordie ,there is no real avoiding the peat hags,considering the rain we had last week i suppose it could have been worse,at no point did we sink in to the bogs,most of the time we could hop across the grassy tufts.From Carn Bhac head south west towards the 920 metre point and then head south,probably take you about half an hour before you reach the steep slope(but dry) of Iutharn Mhor.I've put a gps track on to show our route

Huck Finn wrote:Like the photo of Kevin on the top, it reminded me of the 1970's Mash advert with the Martians

Guess what Kevs going to the fancy dress as

No doubt this is a long ,long walk , at least it's done now . Jake looks like he's loving the snow

Cheers Gavin,catch up with ye soon

We were up B.I M recently, and Carn Bhac was my penultimate Munro

Mind you Jake must have loved it

Oh aye,if you've got a bike the track up to the ruins is quite good so it would save you a good bit of time

Two more in the bag pigeon!

That is a comedy picture of Kev on Carn Bhac

I remember this as a long walk too from an era when I was not yet interested in munros. 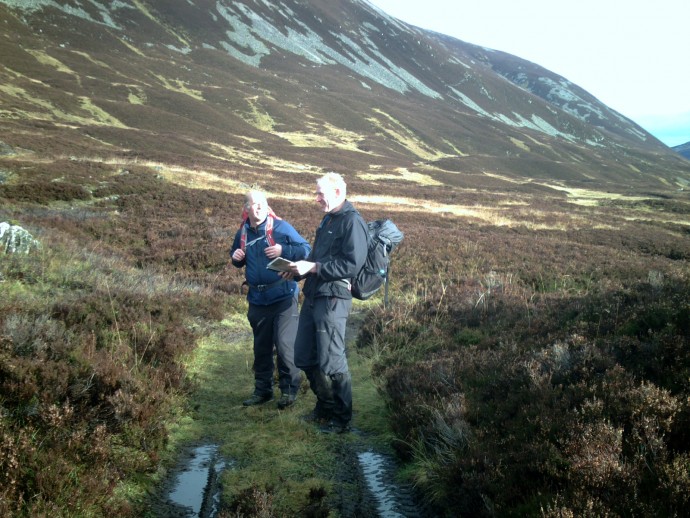 now we are for it