In an effort to cure my cuillin addiction I stayed on the £5 special offer bus to Portree, then caught a local one north to Flodigarry, walked up through the Quirang, nipped out to Sron Vourlin, on to Meall na Suirmach where I put up the tent next to the cairn above The Table, then walked out to the trig point to watch an unforgettable sunset.
You are never alone camping high surrounded by the sea - lighthouses flash, the stars are out, the lights of lone fishing boats blink at you, not forgetting my man in the moon. A bit worrying was a strange 'bark' that rose up from The Table (perhaps The Prison) during the night - who knows what from.
Slept too well, watched a fiery sunrise from the cosyness of my sleeping bag, forced myself up. Then picked up a path that takes you down across the road up to Biodha Buidhe. Saw 2 people in distance on Quirang path, said hello to a man getting out of his car, would not meet anybody else during the rest of the walk.
The sun was out, a glorious day, were views all round to Applecross, Stornaway, Uists & closer to Rona, Staffin Bay, Uig, Waternish...The escarpment itself was fascinating,looking back to the Quirang, forward to the Old Man of Storr & all the strange dumples/protuberances that occur all along the way. 'Joints' in the basalt lavas that form the ridge allowed blocks to slip & turn on the weaker shale/clay underneath giving us these views of the best example of ancient landslip in Britain.
All day was a succession of cliff edge ups & downs on short sheep cropped grass, not to be underestimated but an unalloyed pleasure in this weather at a funeral pace, having none of the 'edge' being in the cuillins always carries for me - me being a bimbly without the comfort of a guide.
Hung the tent out to dry on Beinn Edra, soaking up the weak october sunshine, the most important peak was coming up (for youthfull reading reasons) Sgurr a Mhadaidh Ruaidh reached by narrow neck created by steep cut in gully. From the top my eyes were drawn to Rona, rocky, glinting in the sun, looks interesting- will have to visit.
Was getting even slower on the ascent of Storr using the views as an excuse rather than reason to stop. Got to the top, put the tent up, porridge on, sat back to watch another sunset when the mist rolled in. Next morning came down out of this mist to Bealich Beag, was a dry but duller day. Went straight up Ben Dearg, a steep grassy gully popping me out on top mist still coming and going.
Looking down I was face to face with a very large bird of prey -light coloured head and a flash of white tail feathers as it flew and a definite look at me -before my thoughts of mystical bird/man connection could take off realised the mundane reality was that this sea eagle must be one of those fed by tourist boats out of Portree so it can be photographed - boat stops in water not far from here- would be used to people just not one looking down on it. A raven was following and squawking at it, last time I saw a sea eagle a gull displayed similar behaviour - it 'buzzed' the eagle - the smaller birds seem to have no fear.
Carried on to A' Chorra-beinn where mist came down again, bog hopped to road and Portree.

'one of the best backpacking routes in Britain' Ralph Storer calls it, the views do it for me - one for the hillwalking connoisseur. More than likely you will have it to yourself, free of munro/corbett baggers, graham collectors will probably just nibble at it. Bit early for highlights of the year but this will be up there with Assynt/north west (by car), Jura, Loch Monar...hoping for some snowy munros now to round it all off. 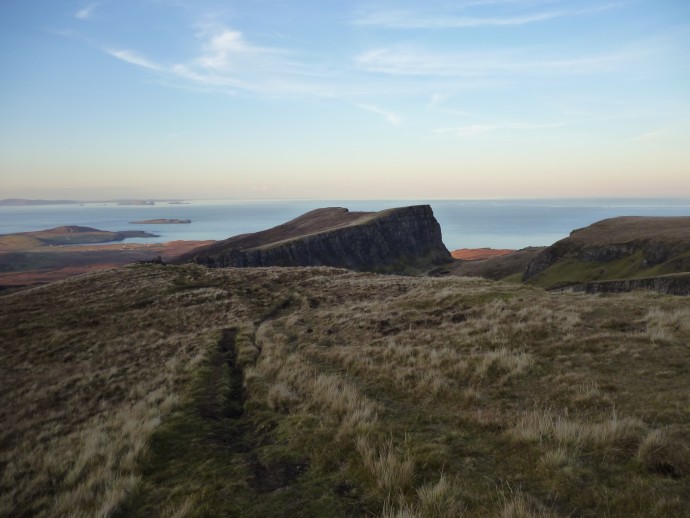 looking back to sron vourlin 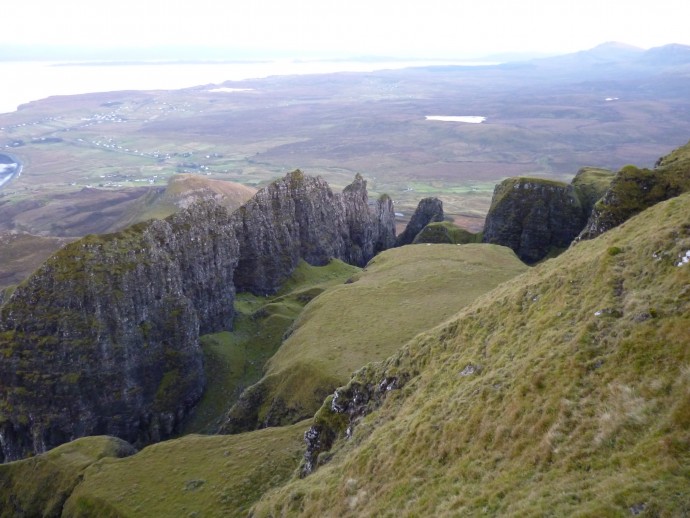 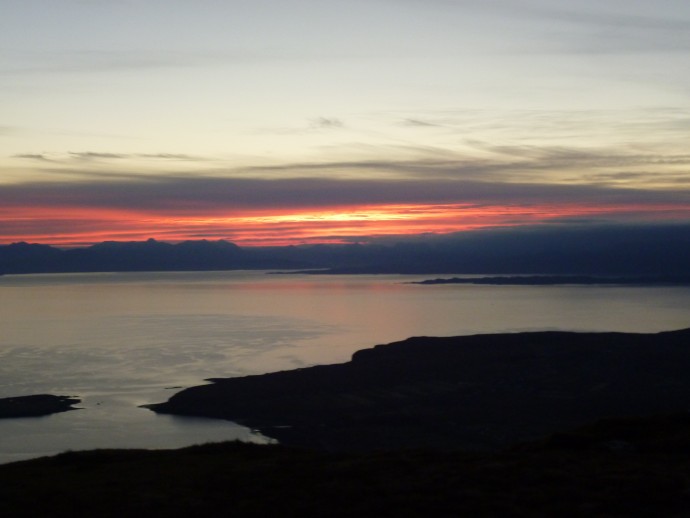 back to Quirang, Cleat over Rona to Applecross 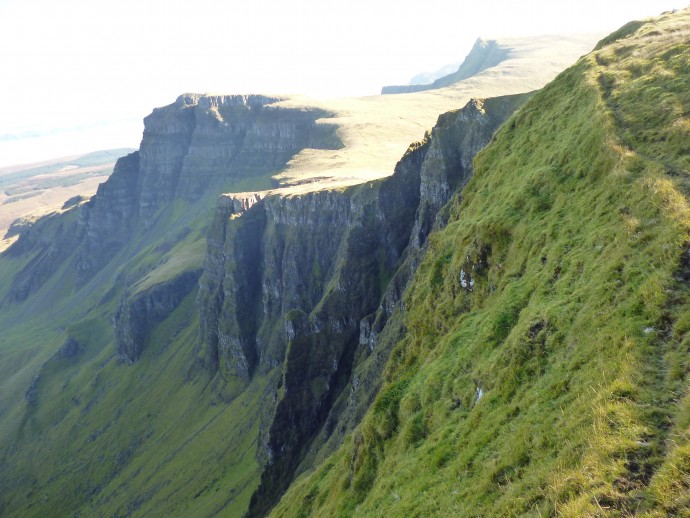 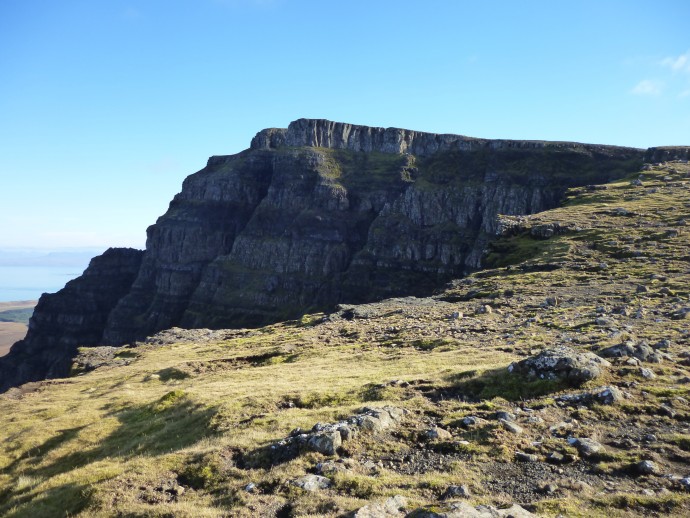 hill of the red fox 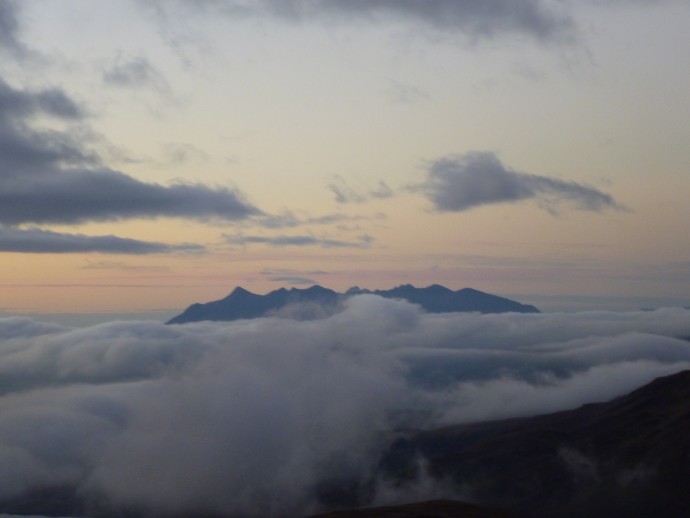 that wee bird is a sea eagle 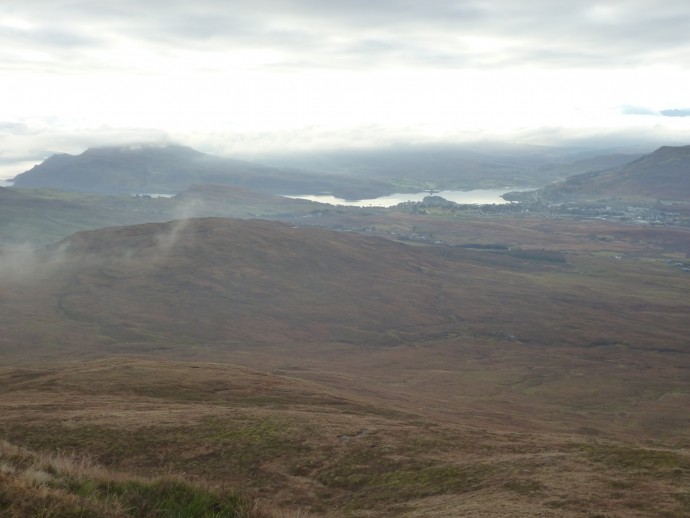 , dunrig. Unforgettable I bet, a route on one of my MUST DO list

Hi I have been looking at this in my book for ages - looks awesome, sounds interesting and probably a little eerie.....? Looks like you had a great time - great pics - I thought you were going to say the the bird flew off with your porridge....

Great to see some pics from the Trotternish ridge.
This was one of my favourite walks this year - report.
This is a walk I would definitely do again.

One day, one day... I'll try that one. For now, thanks for posting!

Thanks - thats an excellent report foggieclimber - have a vague intention to combine this with the cuillin on a twisting through skye route...

Users browsing this forum: No registered users and 140 guests