This was a slightly delayed adventure, since I'd intended to do it a few weeks ago and got distracted - and I'd thought of all sorts of other things I might do this weekend and then didn't. I think it was worth the wait.

I had a complicated bus plan which would allow me to do Tinto by the usual path from Fallburn, then come down over Scaut Hill and hopefully head round to do Dungavel Hill (depending on the A73 being either walkable or avoidable, which I never did find out). I really didn't want to try coming down to Wiston, although it would have been more direct.

Sadly, like most of my plans, this one didn't start as early as it should, and having missed the bus connection at Biggar I ended up in Roberton, setting off to look for a way up Dungavel Hill which preferably had gates and didn't have cows. 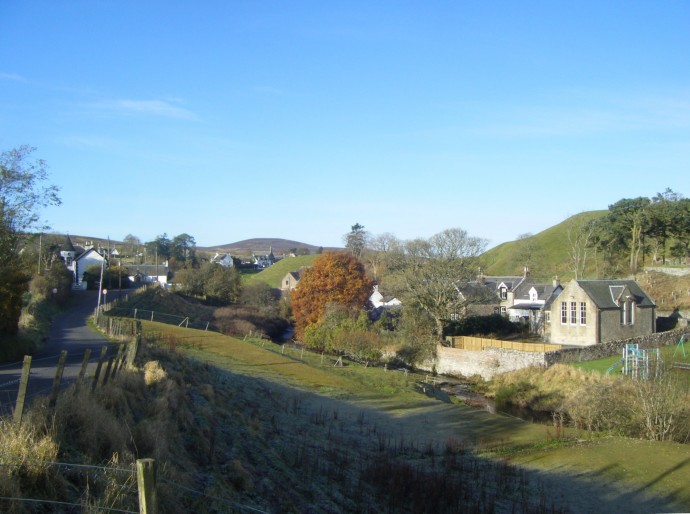 It was, literally, freezing - frost in the shadows and ice in the puddles and white breath in the air - but bright and sunny and pretty good walking weather. It was a nice road, too, with the hill on one side and open moorland on the other, but there were a lot of trees in the way of the top of the hill...

One of the Facts I learnt in childhood was that the roads in Lanarkshire are red - but of course the main roads aren't any more. This one was! 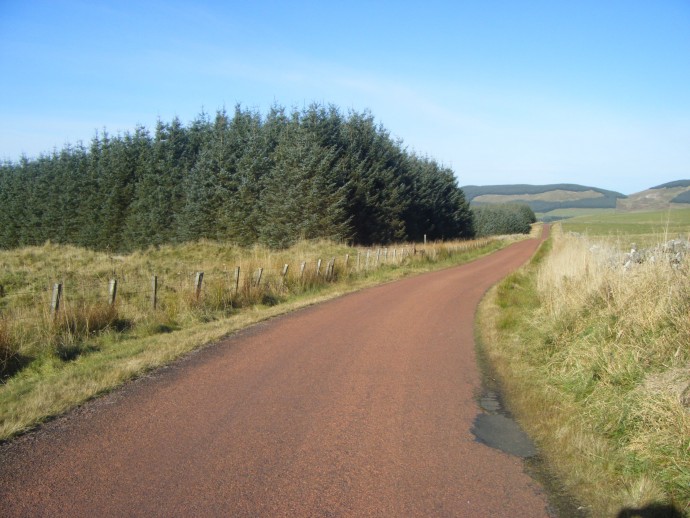 I found what looked like a very suitable way to the top of the hill, with no cows near the actual path - but there was also a sign on the gate warning that the bull and cows were dangerous and on no account to enter (and although I very much disapprove of signs trying to dissuade you from exercising access rights, I also dislike cows enough not to want to go near them if they're being encouraged to prevent intruders...).
Round the corner there were no signs, but more cows and no gates. Having got round as far as Newton of Wiston I think I could have got to the top, but by that point I simply couldn't face retracing my steps - it was time to give up and head for Tinto. 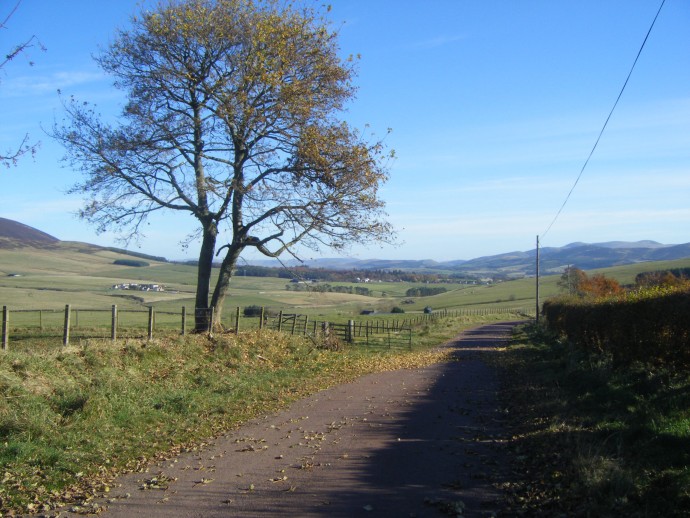 Looking ahead to Wiston

Tinto proved to be much more approachable, once over the initial trouble of working out that the road from Wiston that looks like a private drive is actually the one you're supposed to go up. Up through the woods, across a grassy field (where I had a seat on the stile to eat my lunch), across a very very muddy field, apparently recently inhabited by friendlier cows, and onto the hillside, slanting right around Pap Craig. 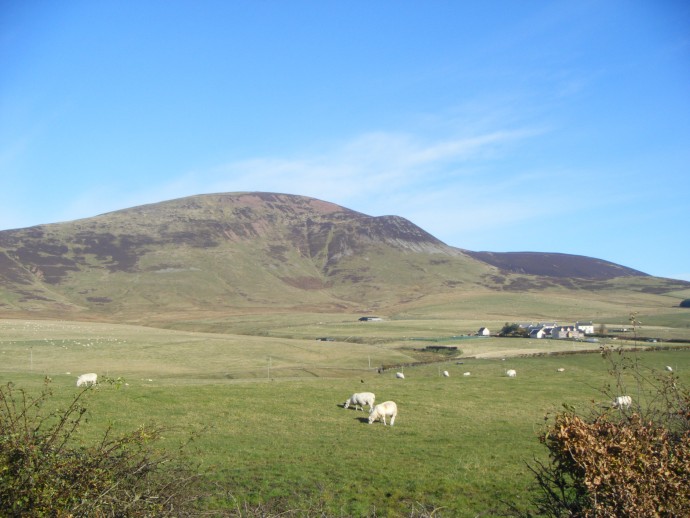 I had never meant to go up by Wiston, being nervous about the rating of four stompy boots, but at first it wasn't bad at all - a narrow but decent path, and mostly grass. Further up it got very zigzaggy and more heathery, and occasionally with stones everywhere, but still perfectly doable.

The views back over the Clyde valley were amazing - a lot of hills on the other side that I would like to explore, and the colours far more beautiful than a hazy picture taken into the sun could do justice to... 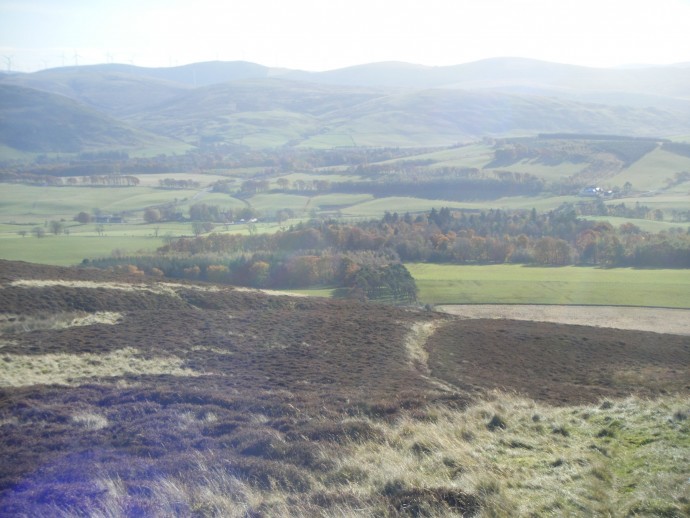 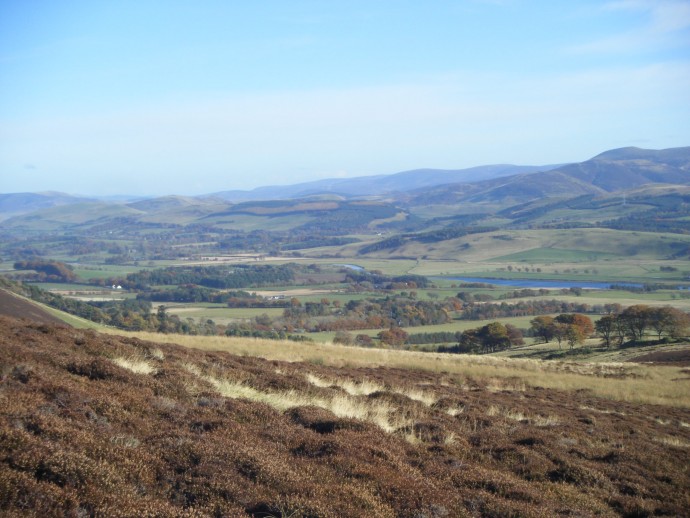 Above Pap Craig there should have been a path swinging round the hill according to the map, but there wasn't. This was the worst bit by far - straight uphill first over heather and then a hellish place like a hundred thousand smashed up chimney pots. It was getting colder, as the sun had gone in, and I'd just had enough - it wasn't the biggest hill I'd ever climbed, but it was the biggest I'd done in Scotland, and it seemed to be going on forever. I lay down in the heather above it and might not have moved for quite a while if I hadn't looked at the map and seen that there was a pub marked in Thankerton... (it's a good thing I'd got over this by the time I got down, as it turned out not to be a place I'd go into!)

Anyway, the top was reached. The cairn is absolutely huge (although I didn't know in advance that I was supposed to make it bigger), and very busy, and the views extensive, although not as much as the viewpoint indicator suggested they should be - a bit hazy round the edges. 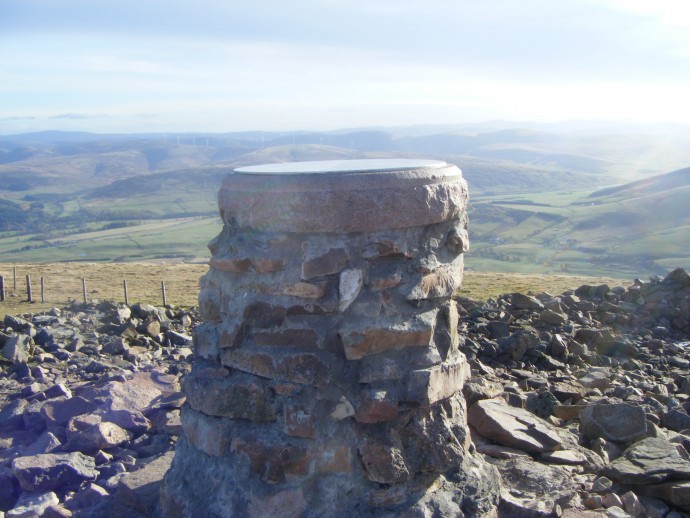 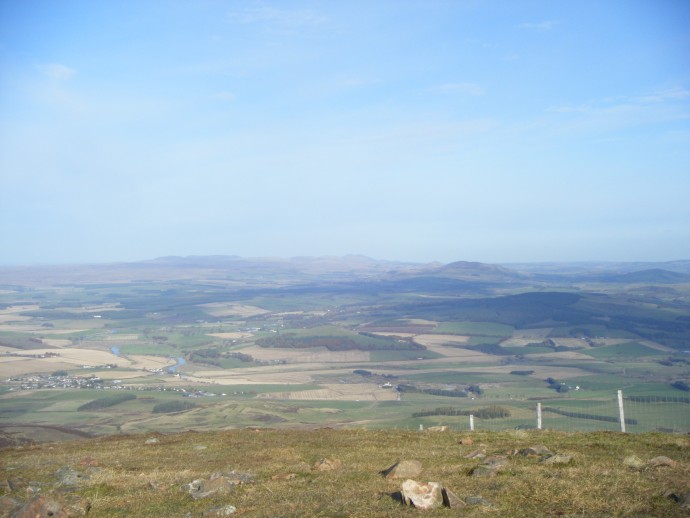 From here it was a straightforward descent down a wide but sometimes stony path, with the Pentlands growing taller ahead as I got lower, and the ground much more obviously frozen than it had been on the south face. 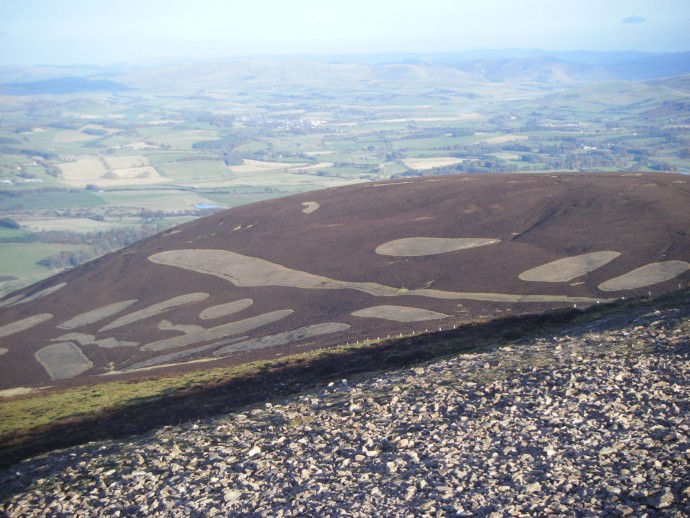 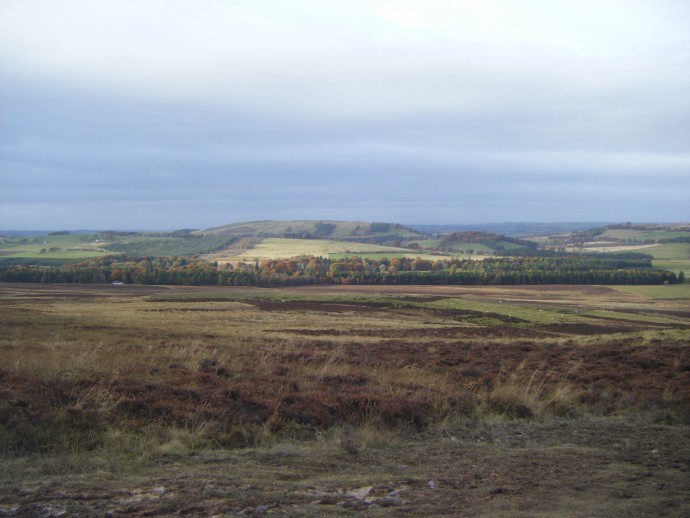 And then a short walk out to Thankerton and the bus home. Overall a very good day out, and I wish I wasn't so busy with winter coming on so fast...