For us this was a total spur of the moment thing, we usually plan these days weeks in advance! This time we'd decided the day before (Sunday) because the forecast for Monday was looking so good we'd head to Ben Lomond, it was Malcolms first time here, I'd ticked it off during the summer, and had a great time then, following the usual path up and descending by the Ptarmigan Ridge. I suggested that this time we did it in reverse.
We parked the car on the front line looking over the loch, and I went to get a pay & display ticket, returned to the car, booted up and headed off.
Although the forecast was for clear skies and little wind, it did say the temperature was to "feel like" minus 6 so although I didn't need it at the start, I crammed my thick jacket into my (far too small) rucksack and set off. We quickly gained height on the path up to Ptarmigan, tough going at times but we stopped frequently to take in the stunning views and to have a breather! 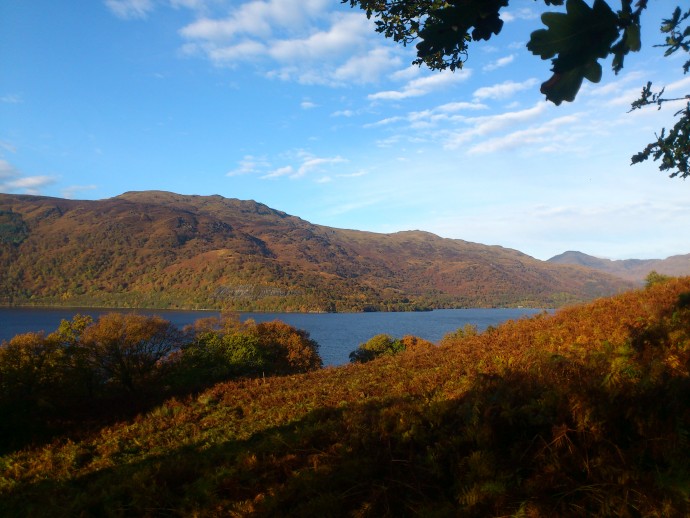 Looking across the loch #1 Looking across the loch #2 Looking across the loch #3

At the side of the path just past the burn at Tom Fithich, we came across a pile of feathers, a leg and the head of a Meadow Pipit, it was obviously fresh, and we wondered if we had interupted breakfast!
Malcolm's a bit of an expert on raptors, and he was sure it was the work of a Merlin ( a thrush sized bird of prey) as the habitat was ideal for them. We kept kept our eyes peeled for any more evidence, or indeed a sighting but no joy! 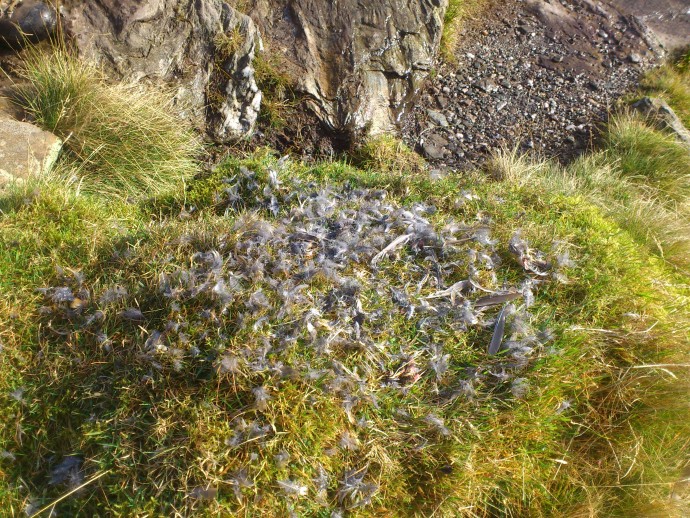 The last time I was here, I found the descent by the Ptarmigan Ridge to be quite rough, and as a result, quite hard going, especially on my knees, and also resulted in leg cramps.
However, the climb by this path was really enjoyable, still had its moments but it didn't feel as bad as I'd expected, and we soon reached the bottom of the climb/scramble up to the summit. I was a wee bit concerned about this bit as it is quite steep, and there were some patches of ice (I HATE walking on ice!) but we were soon on the summit, taking in the fantastic views! It was a bit chilly and windy on the top, so we had a quick bite, took some pics and headed down the other side. 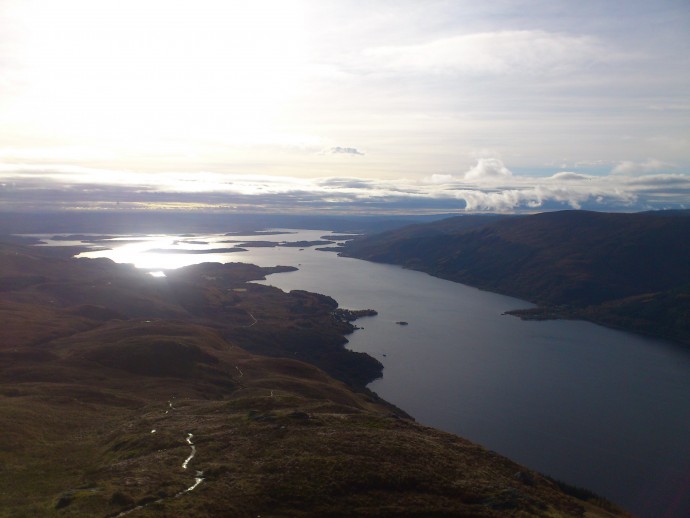 The view down Loch Lomond. Malcolm nearly at the top! Malcolm at the top! 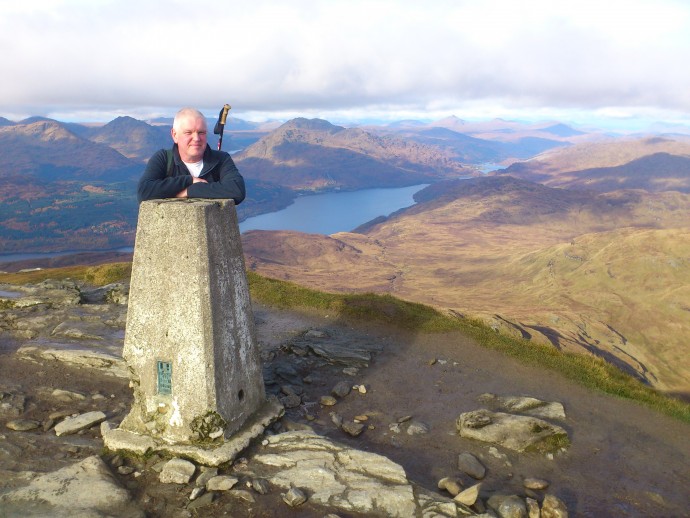 Me at the top! 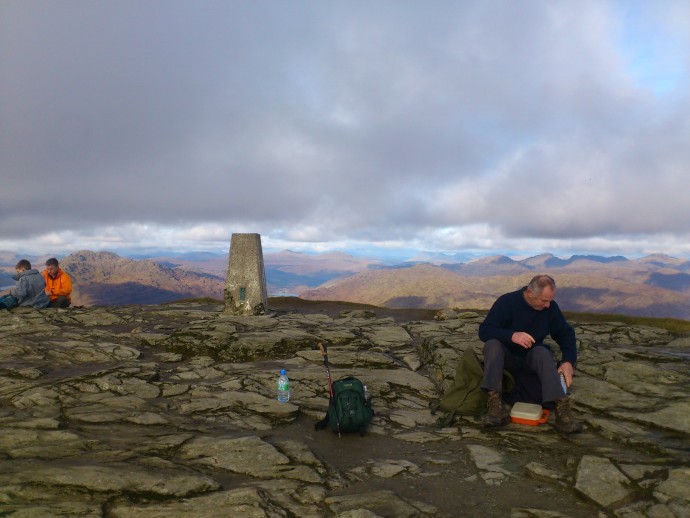 The summit, the young lad with his dad at the left of the pic had just climbed his first Munro! On the way down, we were passed by a steady stream of walkers heading up the path, most of them had some gear, ie rucksack, decent clothing or at least a pair of boots! Several, however, looked as if they'd strayed up here from Sauchiehall Street, with smart jackets and trousers, and flimsy footwear, whether they intended on reaching the summit is unknown!
Just before we hit the wooded area near the car park, a rescue helicopter flew over, and seemed to follow the path up to the summit, where it turned and disappeared behind the Ben... for one of the trendy hikers we wondered. It wasn't seen again! I always wondered who repaired these paths!

We returned to the car 5 and a half hours after setting off, not bad we thought! We hadn't intended it to be a race, we had just planned on having a good days walking, and that's what we'd had, the weather had been crackin', our jackets hadn't been out of our rucksacks, and no gloves or bunnets had been used!
Not the most demanding of climbs, although the Ptarmigan side did have it's moments, but we had a great time, and we left for home quite happy!
PS Just as we approached the car (parked on the front line overlooking the loch, if you remember!) we saw this sign, which I'm convinced wasn't there at 9 oclock in the morning, if it was, I'd passed it twice without seeing it! I certainly wasn't bothered about paying £3 for a parking ticket,it was worth every penny to enjoy the days walking! I just wondered about my eyesight!

Re: A Ptarmigan and a possible Merlin on Ben Lomond!

Good to see how it looks up there, I just got mist. I will have to go back to this hill via the Ptarmigan Ridge!

Re: A Ptarmigan and a possible Merlin on Ben Lomond!

Thanks Paula, this was the first cloud free climb for months, I think its 6 outings since we had decent views, so we were really pleased with the weather this time!