After a previous post (Crampons req'd yet?) I set off at 9:15am from the Ben Lawers Visitor Centre with the lethal weapons stashed at the bottom of my rucsack just in case. The MWIS forecast appeared to be accurate as only a little hill fog covered the summits up ahead. 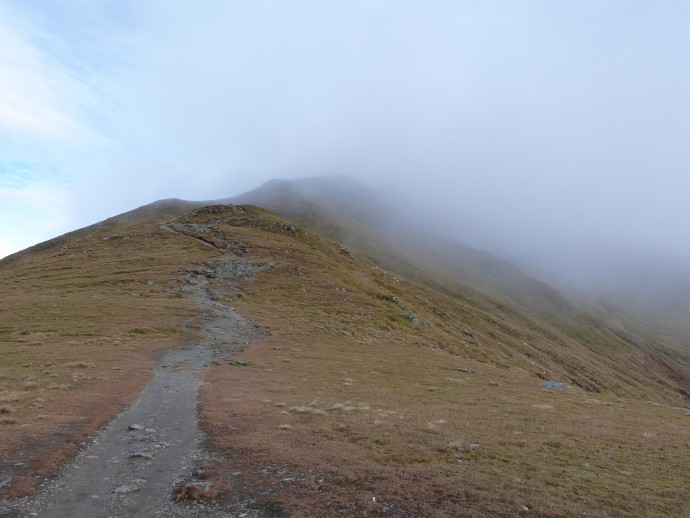 Much quicker than expected, I summited Beinn Ghlas to hazy sunshine trying to burn off the mist. It allowed, all too briefly, great views of my targets for the rest of the day. 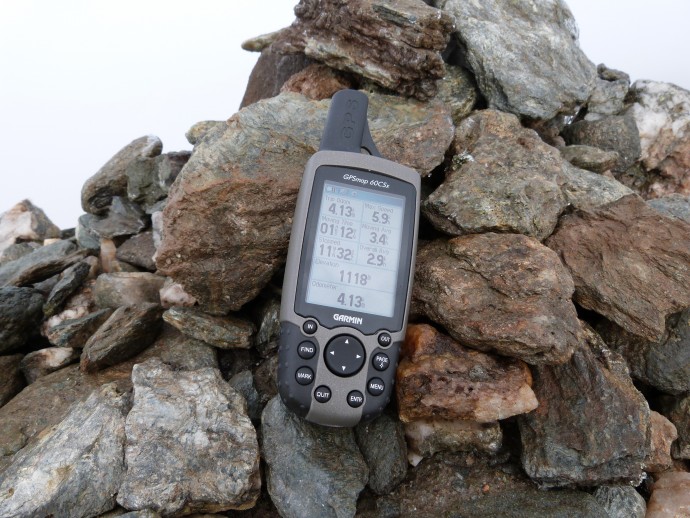 The walk along the wide ridge and short climb up to Ben Lawers was very pleasant and, unbeknown to me at the time, would be (almost) the last sunshine I'd see for the rest of the day!! The 'cloud magnet' that has kicked in on almost every climb this year, kicked in again. Not only that but it decided to bring its friends, the 'wind magnet' and 'sleet magnet' for company!! 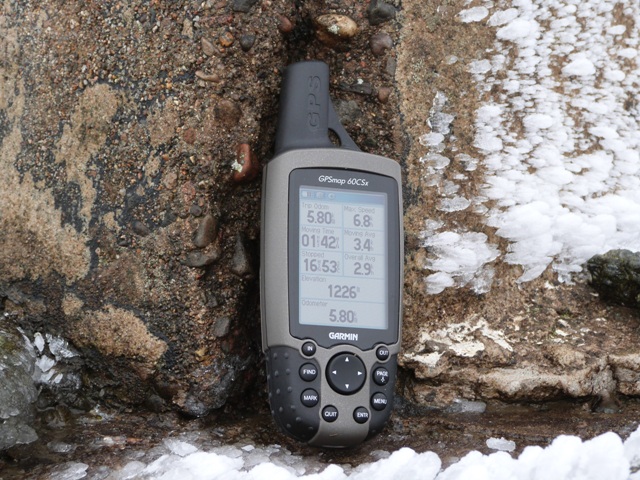 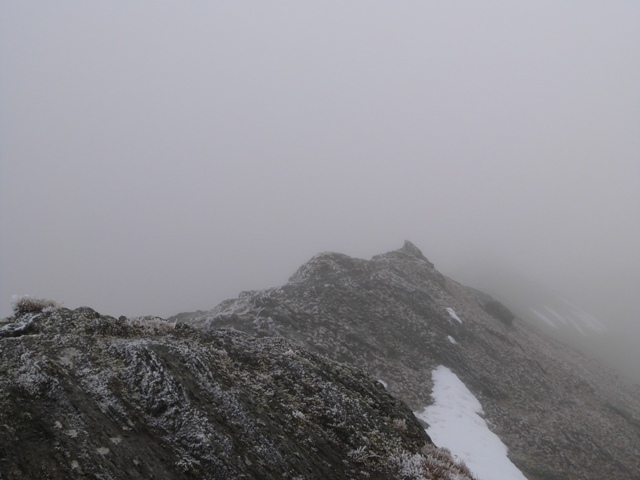 is this the way to an stuc?

Having read about this route in the Cicerone Guide to the Munros, it warns about not following the obvious path that leads down to Lochan nan cat. In the thickening mist it would be easy to do but, after taking a bearing (and some carbohydrates), I head in the opposite direction and on towards An Stuc. It's a pity visibility was so poor as I had read so many good things about the view from Ben Lawers. Nevertheless, it did add a bit of an edge to my walk and, after summiting An Stuc, it was quickly followed by a scary, slippery scramble down the other side!! Again the guide book helpfully warns against "becoming unstuck on An Stuc!" another photo of Scottish mist!

The short walk to Meall Garbh was increasingly slippery but still manageable without spikes. By now the sleet had turned to snow but definitely preferrable to rain. It added to my enjoyment as, back home in NI, we rarely get conditions like this so it's a nice bonus. Another refreshment stop and, to be honest, there was little to keep me here so now it was decision time. Do I continue to Meall Greigh or turn right at the saddle towards the dam and back to the car park? The weather showed little sign of improving but I was making good time so 'what the heck?' I may not be back this way so might as well complete the 5! this looked better in real life

At this end of the route things looked reasonably clear, no doubt helped by a strengthening wind. I could at least look back from where i had come and, for the first time, truly appreciate the classic proportions of the range. The summit of Meall Greigh has little in common with its other brothers/sisters(?) - are Munros male or female? - but it offers a superb view of them all. 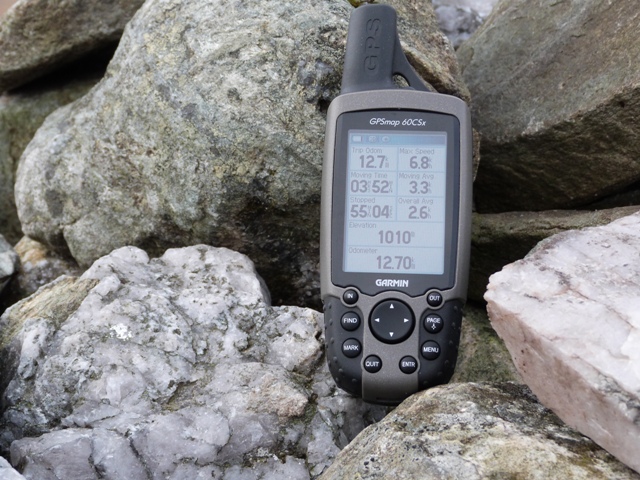 The final decision of the day - continue into Lawers and hope to bag a lift back to the visitor car park or descend to the dam and take the path? Initially my choice of the path seemed quite a wise one. Certainly it offered some relief on the knees and a chance to snack on the move at a leisurely pace. Indeed, the day was drawing to a picturesque conclusion as the sun set in the west and the moon appeared in the east. Come the end of the path proper and it turned into a slog along the 550m contour around Beinn Ghlas (did I miss a more obvious continuation of the path somewhwere?). Quickly running out of daylight I was glad to see the road that twisted up towards the car park. In hindsight probably Lawers and a hitch would have been the better option but this in no way spoilt my day. I've said it often before but you guys and girls have a truly wonderful landscape on your doorstep. Sure, I didn't always see a lot of it at the higher altitudes but the walking was still exceptional. Eight hours after starting off I crawled into the car park and that fantastic feeling of putting on clean, dry socks and shirt. Scoffing the remains of my rations I looked at the sillouette in the moonlight, happy that I completed the round. Only Munro numbers 3 to 8 of my limited tally but this was more than just 'bagging'. It was a classic trek that required a bit of scrambling, navigation and willpower but it provided rich reward at the end!
Ps....the height readings on my GPS were reading several meters higher than true summit heights, probably due to it needing calibrated (or the batteries running low!)

ally63 wrote:so now it was decision time. Do I continue to Meall Greigh or turn right at the saddle towards the dam and back to the car park? The weather showed little sign of improving but I was making good time so 'what the heck?' I may not be back this way so might as well complete the 5!

ally63 wrote:Come the end of the path proper and it turned into a slog along the 550m contour around Beinn Ghlas (did I miss a more obvious continuation of the path somewhwere?).

I went back the same way and with hindsight, I would have dropped down where the track stops at the gorge as a stone wall appears and there is a flat bit of ground next to it. I discovered this as I was much further along.

Again well done on doing the 5. We did the first 4 years ago and couldn't face the last one and still regret it.

That is a great report too.

So you got the 5 you were aiming for? Well Done! Love your pic of the moon - always a great sight!