With short days now well and truly upon us, my enthusiasm for lengthy drives north in the dark/snow/wet has somewhat deserted me. Fortunately I have the Borders hills pretty much on my doorstep so that was the destination. A look at the map showed an obvious circuit taking in these 2 Grahams from the end of the public road at NT079295.

The SW wind dictacted a clockwise direction (sheltered ascent, tail wind on traverse to Culter Fell). 90 minutes walking brought me via Coomb Hill to the top of Gathersnow Hill (a fairly unremarkable lump). 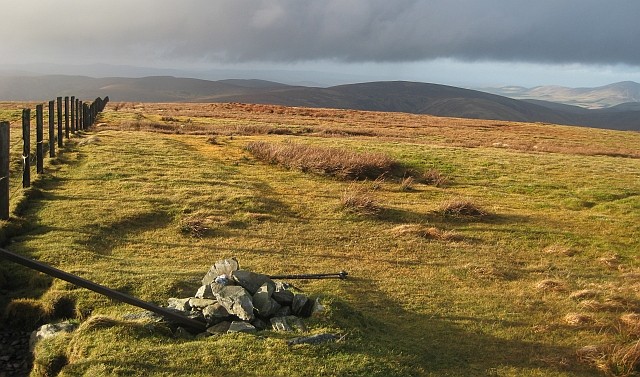 When I was able to hold the camera still there was some lovely December light for photography. Broad Law was easily identifiable by it's air traffic control detritis and service track, if not by it's shape.

I ducked down to the col named Holm Nick between GH and CF where I had some lunch out the wind. From here it was just a straight 2.5km slog up the south shoulder of CF. The drizzly rain had begun but the wind made it sting and I was glad to have it at my back - unlike 3 chilly looking souls on their way down. There were intermittent views of Tinto and the Clyde Valley from the top and I decided to complete the circuit by taking in King Bank Head and Chapelgill Hill rather than the quicker descent by Congrie Hill. 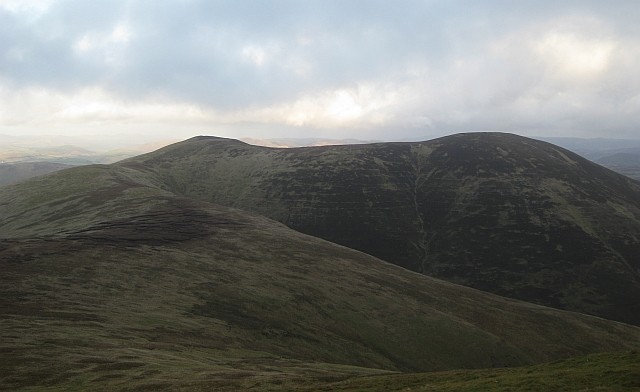 . The shower passed just in time for a final snap as the light faded. 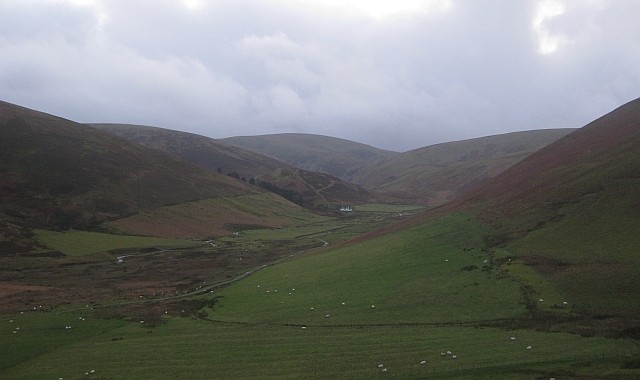 Lovely colours there, enjoyed that.

I also like walking in this area, so many combinations, and so easy to get too.