Taking advantage of a fine day in between two rainy days we set out for Dufftown and a couple of small Marilyns, Little Conval and Meikle Conval. We decided against the Walkhighlands route (apologies), as it involved a fair bit of walking along the road, and although just a B road the speed of the whiskey lorries meant we didn't want to risk it. We read one of the walk reports and headed for the large layby at Convalleys, parking the car there and grabbing a cuppa before we headed up these two hills. Good parking in the layby

We set off at 11am, initially along a wide landi track, setting off about 20 or 30 noisy pheasants as we wandered up the gentle slopes. 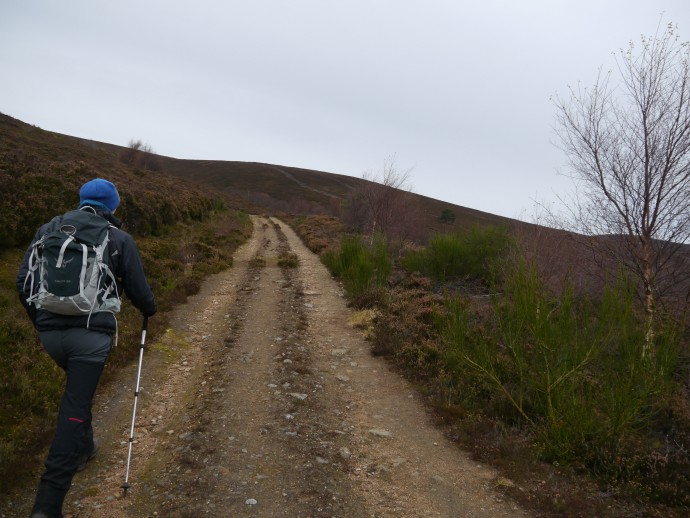 The landi track continued almost to the summit of the hill, only turning into a narrower, peaty footpath as we approached the top. A small lochan and little cairn marked the summit of this rounded, heather-clad hill, but the views over Ben Rinnes and beyond to the Cairngorms were stunning. We could see blue skies further West, and hoped the sun may come our way too. We set off for the 2nd Marilyn, Little Conval, heading over the short heather and down the boggy path towards the line of electricity pilons splitting the glen. Initially there wasn't a sound to be heard, just the noise of our our breathing, but eventually we heard the low rumble of machinery sounds. Forestry plantations were being harvested to our left, huge trucks piled high with freshly cut pine. In the distance the steam from the distilleries was floating gently in the air, no real wind to take it away. We set off up the track and rather than follow the zigzag of the landi track, we kept to the straight line of the footpath. 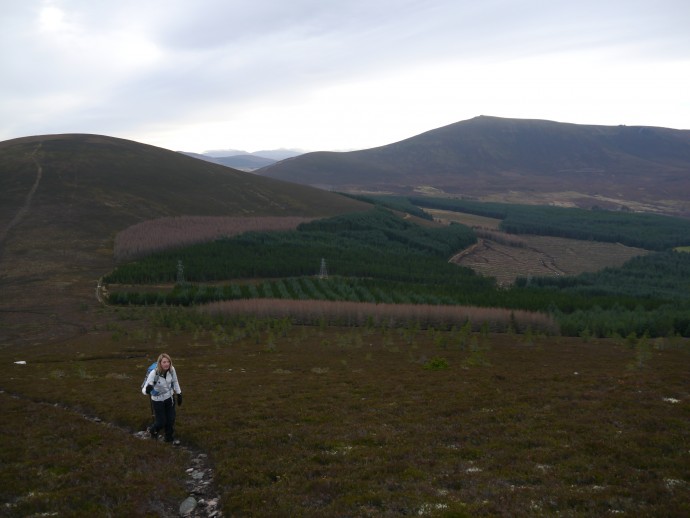 Starting up Little Conval, Ben Rinnes and Meikle Conval behind

As we approached the plateau a cairn appeared on the side of the hill, but not at the summit. The path continued past the cairn and I followed it, while Derek continued to go upwards to find the summit. I eventually arrived at a trig point, and Derek finally joined me, descending to the trig, which was unusual! Descending to the trig of Little Conval

He had found a tiny cairn at the summit, so after having our lunch at the trig and taking in the views of Morven to the far North, and looking in dismay at the ever increasing number of windfarms springing up in the Morayshire landscape, we headed back up to the summit, checking out the remains of an old fort on the way. Remains of an old fort The actual summit of Little Conval

As we had left our car at the foot of the first hill, we had a couple of options. We could have gone down between the two hills and walked along the road, but it wasn't appealing so we decided to climb Meikle Conval again and hopefully help improve the hill fitness! As we arrived at the summit of this hill the sun was trying it's best to break through. Back at Meikle Conval summit 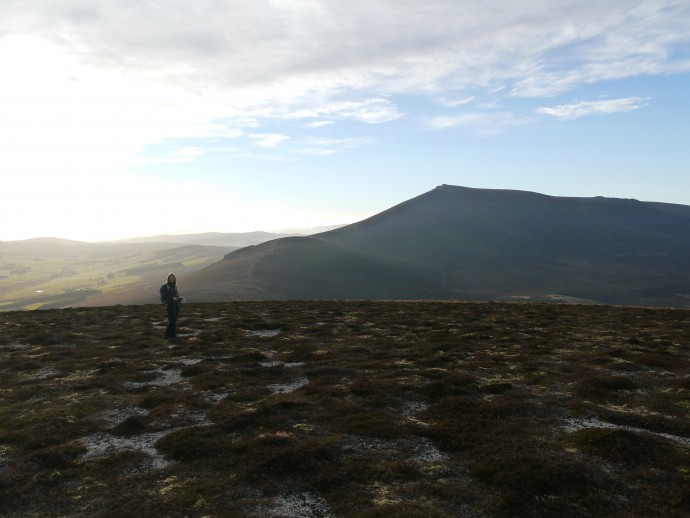 Eventually we were rewarded with a little sunshine on our descent. 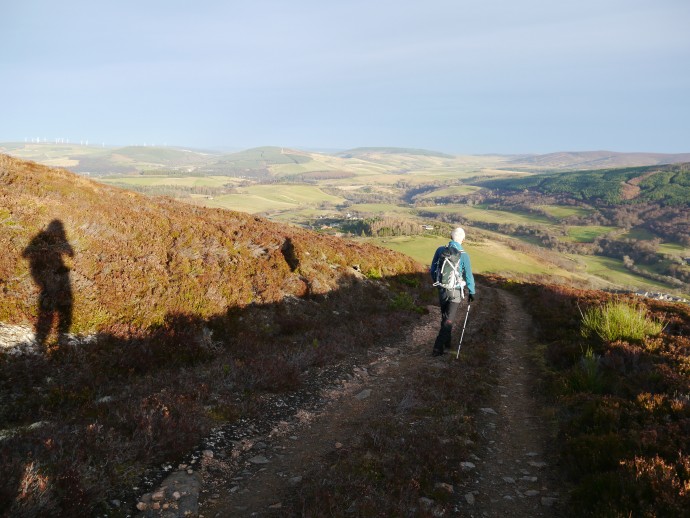 Finally the sun came out on the descent

A nice winters walk if you've got a spare half day.

Re: A couple of Convals

, nice underfoot conditions with a pathway over much of the heather

Re: A couple of Convals

The Rodmiester wrote:That looks a fine wee short easy walk , nice underfoot conditions with a pathway over much of the heather , with grand views

Yep, it was a nice wee hill and very easy going. Great views too, but hopefully next week we'll be heading for some bigger hills! Hoping to get a few more munros done in the Glencoe are