Away I went with the `Wizzard` in my head. I left Livingston at 0645hrs. It was baltic, -2 according to the car. Since my Sat Nav died I had to navigate with a printed AA route map, in the dark and fog, on roads I don`t know it` a great laugh.
I eventually made it, I think the Christmas songs on the radio kept me focused.
Once I arrived at the car park I was met by too women in their autumn years who decided to have a go, as my loose exhaust was too noisy for that time in the morning, before they were gone up the track like a couple of greased racing snakes.

Next was a phonecall from Sid telling me he`s about to set off up a Corbett in Fort William, Ben Resipol..

And it was time to go. 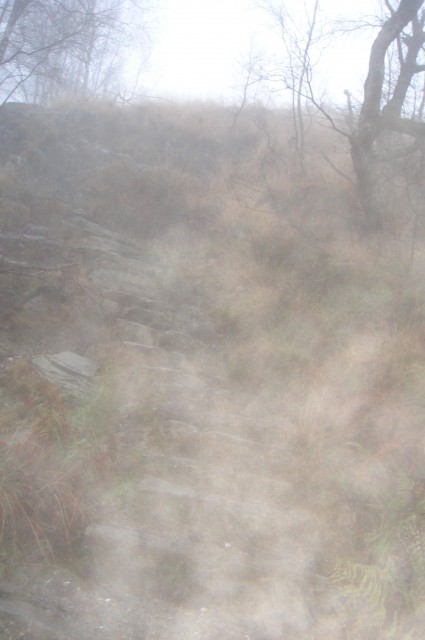 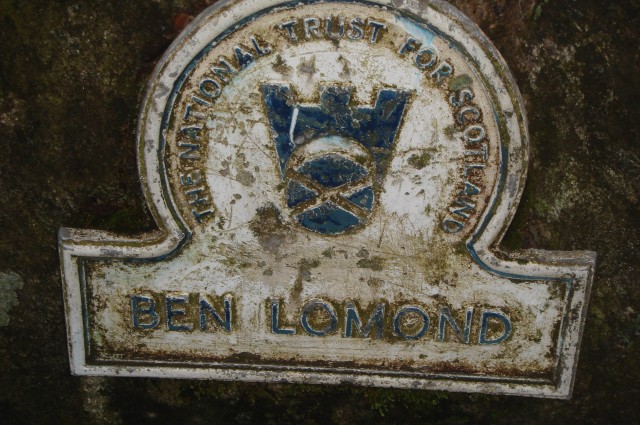 Got the right hill, A good start. By now the `Wizzard` is driving me mad, the view is amazing though I`ve shaken the wizzard off for now, few. Can enjoy the view again. Only snow was on the track, NICE. SNOW, that got the Wizzard going again. The last song I heard in the car and it was driving me mad "I wish it could be Christmas everyday" 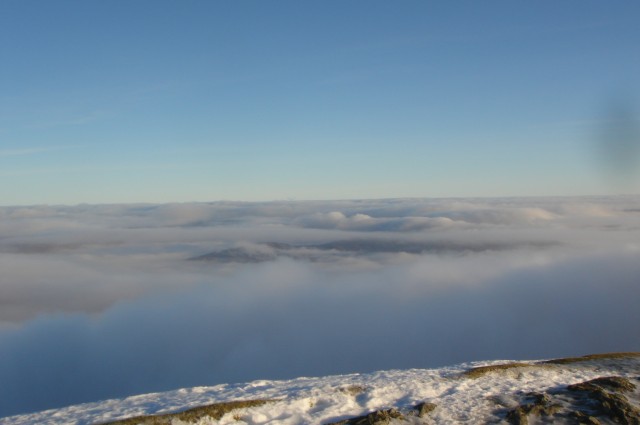 This was an amazing walk. As I started early the boggy bits were frozen on the way up, the intitial part was quite steep, I practically scrambled up a few bits of rock on the track, the rest was a staircase of boulders.
It was quite busy too I could see about 3 groups of walkers in front of me in the distance.
I liked the way the route was a clear track, it made it a lot easier, it was very icy in places, but not a huge problem.
It was rolling fog for the most part, which did obscure the views, but that was when the Wizzard would creep back in and drive me mad, wishing it could be Christmas everyday.
The track became easier at points and quite flat giving me a wee break before the next steep slog. On the final stretch the path was thick with frozen snow, and the temperature had dropped a good bit. I was warm enough as my dog decided that this was where I was to throw a stick for her a few times.
Once at the top it was busy, there was about 8x people, including the 2x greased racing snakes. This time they had a go at my dog, during the game of fetch she was bounding around doing a yappie excited bark, the snakes heard this and pointed out, "I heard your dog all the way up the hill".They then looked at us both like they wanted to attack as like a couple of possessed Gurkhas with her 2x ice axes.
Thankfully they were getting on a bit though so they were easy to avoid.
At the top the views were amazing, it was very icy and billy baltic, but the view was free, so who`s complaining,.........apart from the 2x greased snake women.
So after a wee look about I headed back down, I must have passed over 10x groups of walkers this time, I felt quite energetic so jogged down. Big mistake, I was on my ar$e 3x. However I managed to get to the summit and back to the motor in 3hrs 23mins, and I loved every minute of it.
Sid informed me he had got a similar time for Ben Resipol. The drive home was better as the fog had lefted. Before leaving the car park I noticed the snake ladies car, hee, hee, hee. No I didn`t touch it ha, ha, ha.
An extremely enjoyable walk, not too difficult but a must do Munro.

Shame about the two 'snakes'

It's unfortunate when you bump into people who somehow believe they have some sort of 'ownership' of the hills -- thankfully they are the exception.

Was the track easy enough to walk on, ice / snow wise?

The track was fine, saying that I walked on the grass next to it at a couple of points where it was frozen and where the path was covered in frozen snow.
To be honest the two old dears were amusing. I did expect them to pull out proof that the Ben belonged to them I had to vacate immediately

It was a highly enjoyable walk, one I will do again. But I`ve only done a few so I`ll hit the other few hundred first.

Good pics. Don't know if you have noticed but there is a brocken spectre in the last one

Crackerjack of a report big guy!
You might get a job for the Highland News at this rate!

Paul Webster wrote:Good pics. Don't know if you have noticed but there is a brocken spectre in the last one

Yes I meant to get that