Having driven along the 'Bonnie Banks' more times than I care to remember, I had decided to make it my second unaccompanied trip up the Munro's, despite recent snowfalls. It's "among the ten easiest Munro's," I read. Sounded good for me to try my hand at some hill navigation, having had little tuition and practice so far.
Was a bit unpleasantly surprised at the amount of snow on the road, driving towards Rowardennan, but it was a cracking, clear day, with no forecast of rain, or snow, so I was quite looking forward to seeing how I got on despite, the snow level observed from the far shore.

I left the car park (free) at Rowardennan about 9.45a.m., and followed the trail, which was very icy in parts, requiring full concentration to avert a mishap before even getting onto the hill proper. I had briefly countenanced trying the Ptarmigan ridge, but quickly decided to stick with original plans, once I had made the open hill. The snow steadily got deeper, to about one, to two feet deep depending where one trod/fell, but the gradient was no problem, so progress was reasonable.

I had laid down a route on my map, which I thought was close to the Walkhighlands route and was keen to try to keep to it, despite, visibility being so clear. These plans were thrown into question, when I saw a fellow walker ahead, apparently vear off earlier and more to the west than I was expecting. Should I follow him, or stick to my line? Is he on the path, or just trying out his own route? After checking my position with compass and GPS, I was still reasonably confident I was on my track and decided to stick with it, after some dithering about what would be best. This took me up closer and past the craggy looking Sithean. I looked round to see if two walkers behind had followed my way, or the chap in front of me? No sign. Well, I suppose it was a sign - that they knew the path despite the snow and I didn't!

I reached my point where I was going to turn NE up the steeper slopes and could sense this was going to be tough - and it was, going in to deeper snow, sometimes near waist deep at times, depending on what hole, I stepped into. Despite this the snow was soft and no problems with ice, so I just huffed and puffed my way up the hill and sure enough, soon found myself on the more clearly defined path. No sign of the chap ahead, but the two behind were just at the bottom of the slopes, obviously following the path proper.

Going was a bit slippier now and a right wee nasty, fresh gale gotten up, however visibility was still great, with superb views in all directions and the Coire a Bhathaich looking quite dramatic with its snow coat on. I thought I must be near the summit, but like many first timers before, found there was still a bit of a jaunt to reach the trig point, where two lads were just departing having made it via Ptarmigan.

No time for grub at the top. Too cold and breezy, so it was soon back on the path down, this time sticking to more conventional routes. By this time there were a good dozen or, more groups winding their way to the summit. None seemed to be following in my footsteps, for some reason. Still, I was glad I had stuck to my chosen route despite the additional hardship. I think it was just under the five hours when I got back to the car, having almost come a cropper once or, twice on the icy path lower down and was left to reflect that if Ben Lomond is one of the ten easiest, I doubt if I could handle the ten hardest! 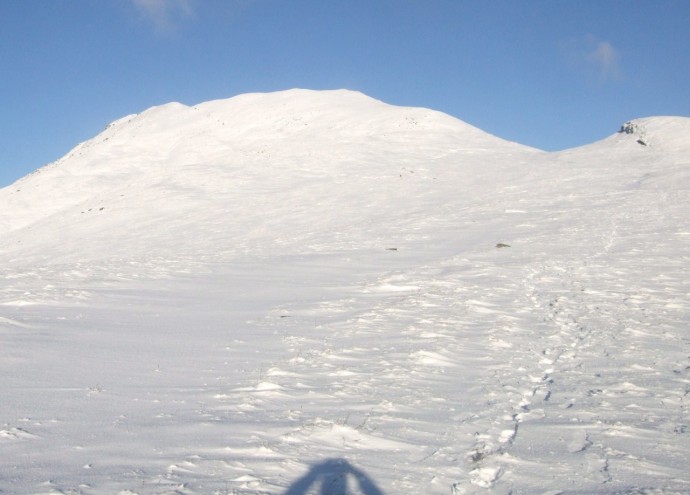 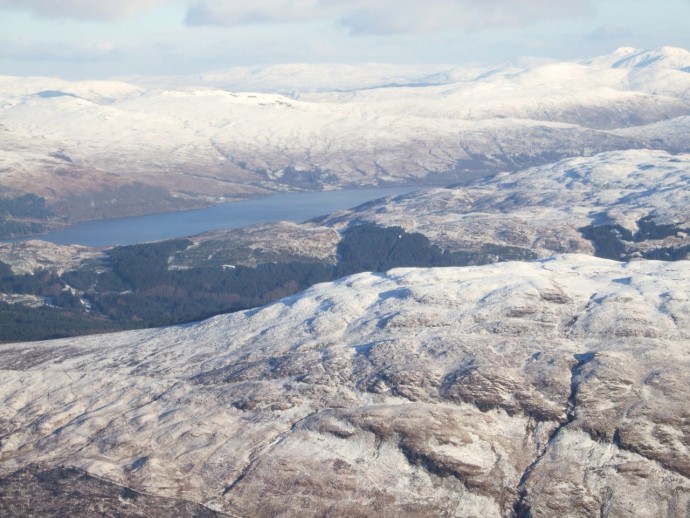 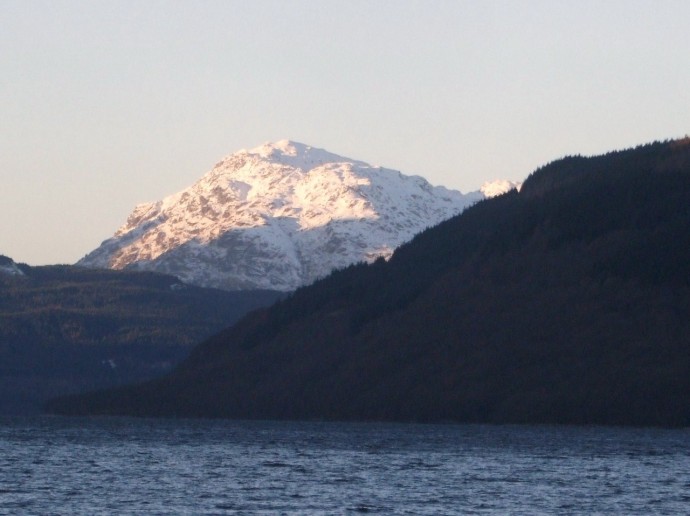 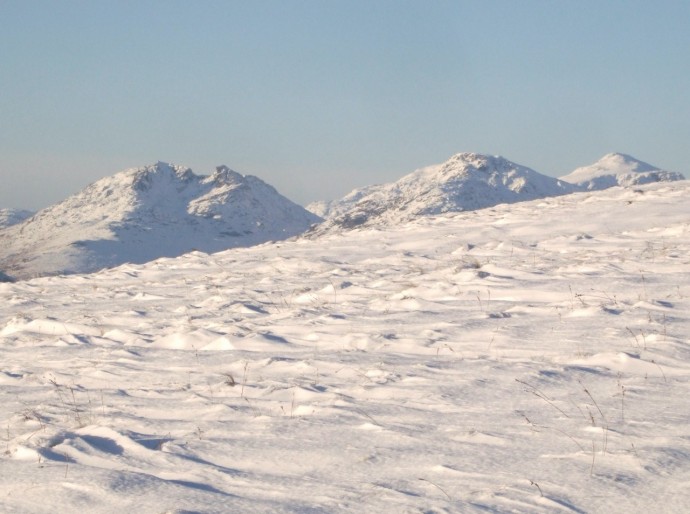 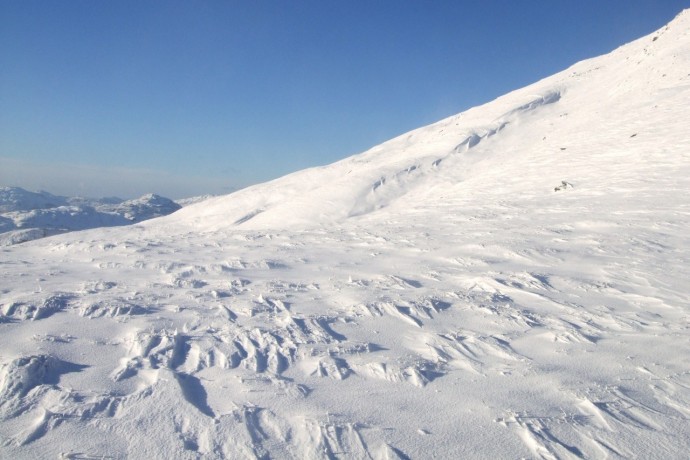 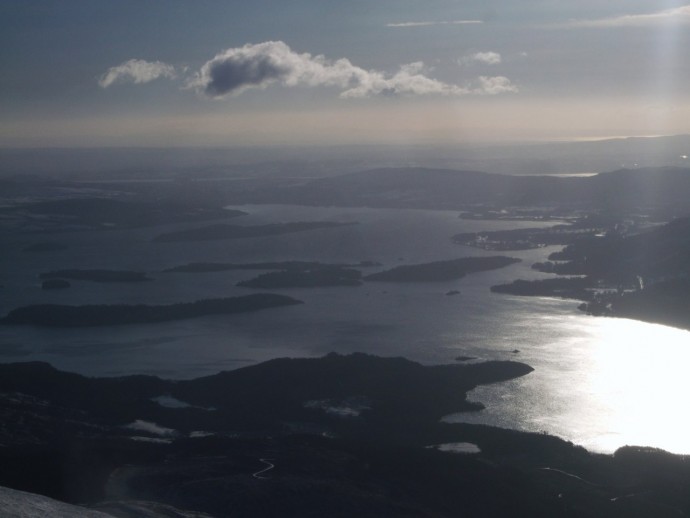 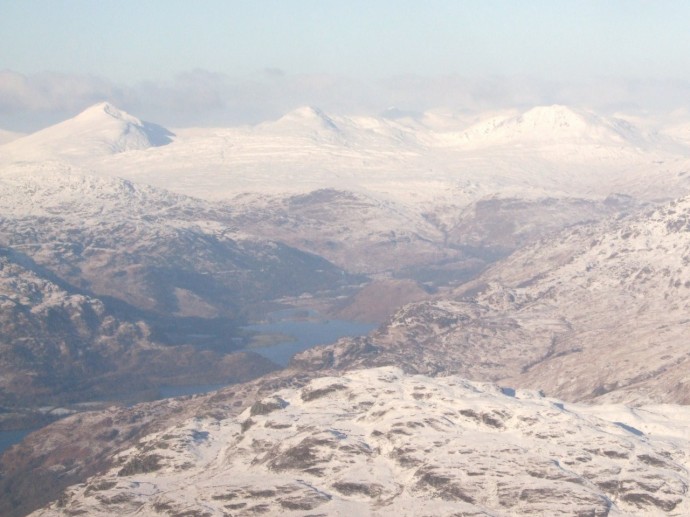 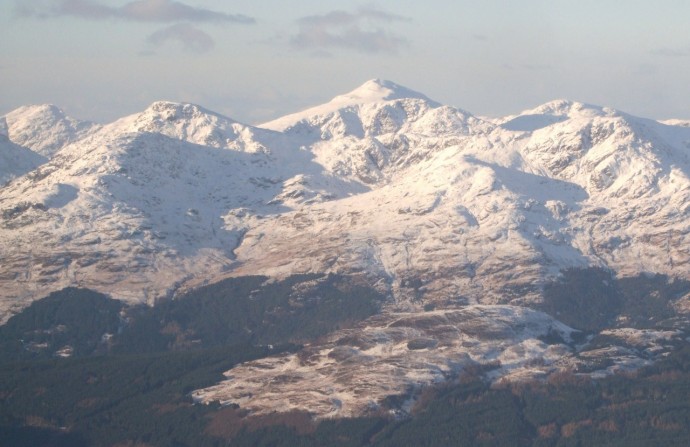 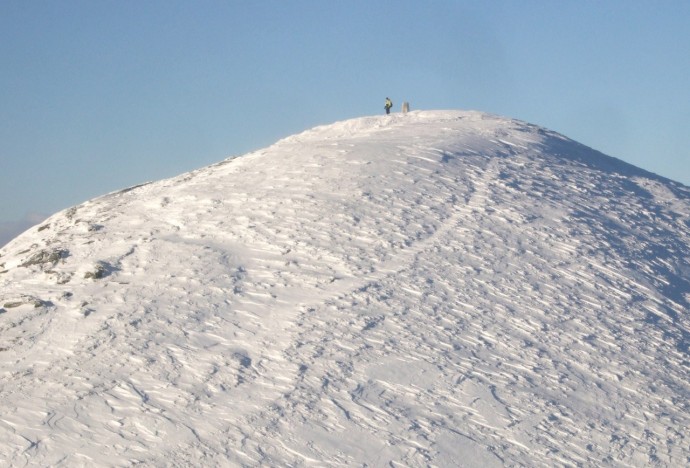 Someone on the summit before me! 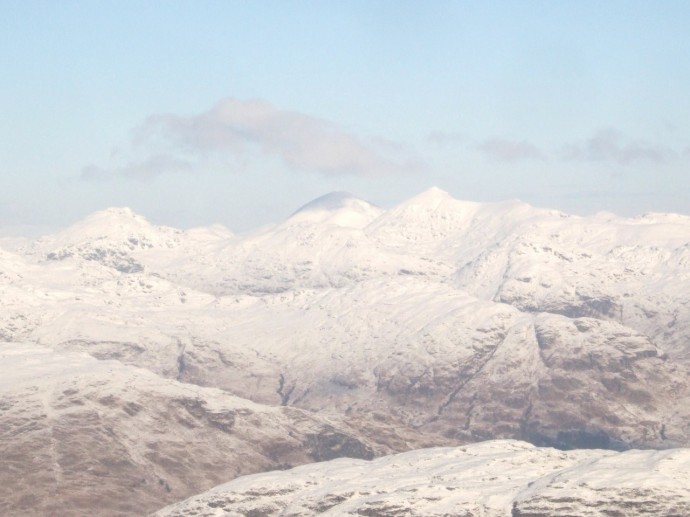 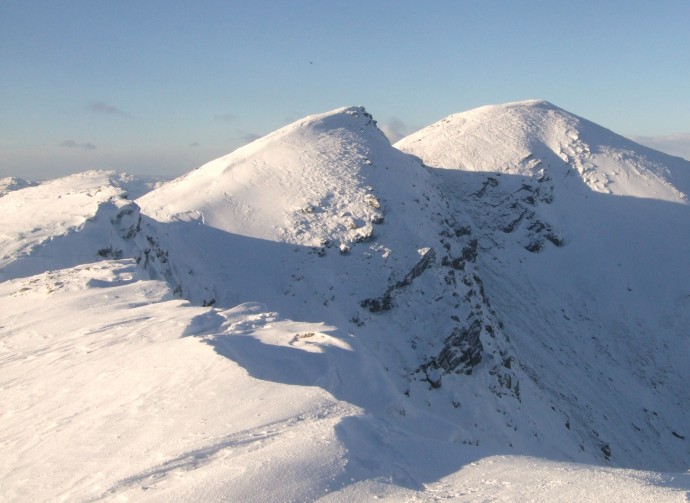 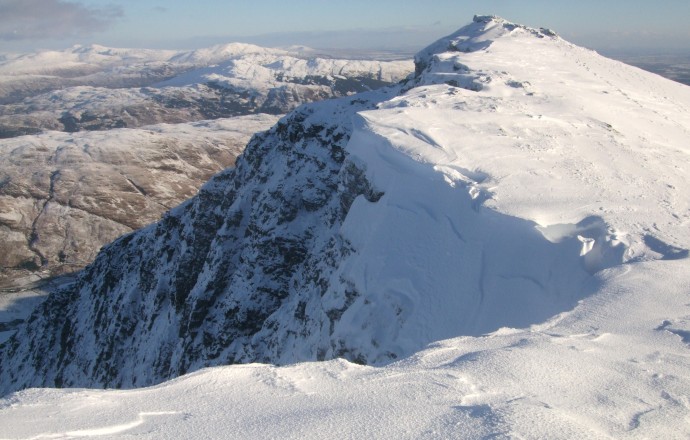 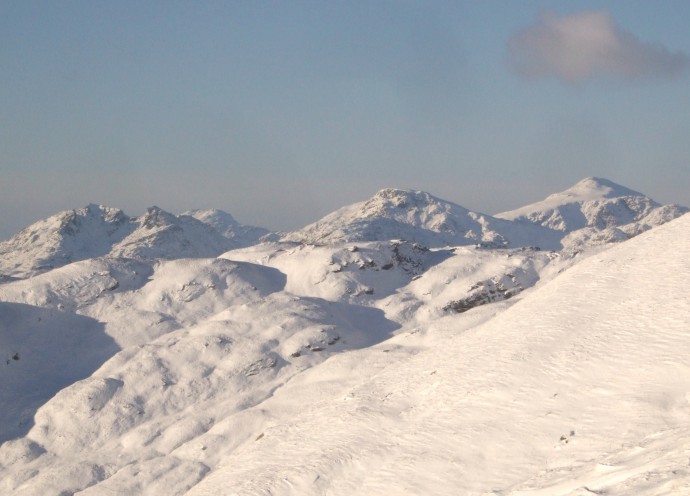 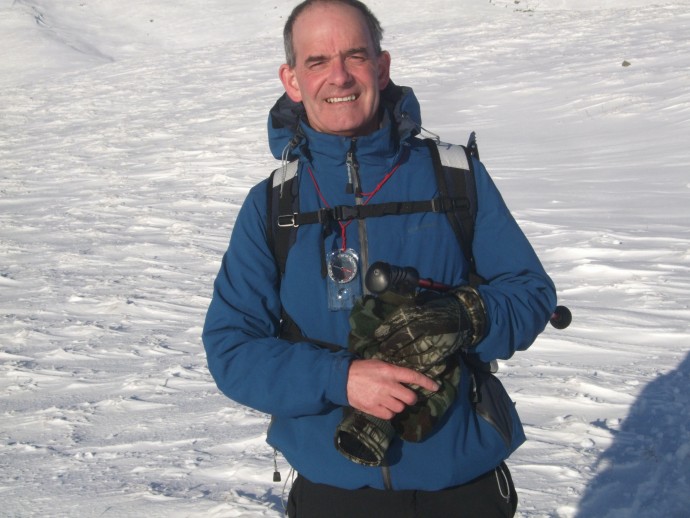 Cracking report and some quality photo's. not jealous at all.....

What a great day for it!

> Anyone put a name to these ones? Looking north, I think.
Ben Lui, Ben Oss and Beimn Dubhcraig

Well done Jimbo, it's been a while since I've been up there and your pictures have me itching to get out on to that fresh snow

Cheers and thanks for sorting my bearings!

> Anyone put a name to these ones? Looking north, I think.
Ben Lui, Ben Oss and Beimn Dubhcraig