Enjoying the misery in Fife

Enjoying the misery in Fife

The plan had been to head down to Glasgow today with Gill and leave her there while heading out to the Luss hills. Having read the weather forecast, it couldn't really have been any worse, so I decided to do some chores instead, like taking mum-in-law's car to get a new tyre fitted. Dull, dull, dull! By the time that was done I was so hyper on coffee that I had to go somewhere to get some exercise. Plenty of local Marilyns to choose from, but as some of the roads in the Coupar Angus direction were closed due to flooding, I turned to Graeme Dewar's report on a couple of Fife hills I hadn't done.

The drive over from Dundee was foul and sitting at the foot of Cairnie Hill, I lacked the inspiration to get out of the car immediately. Eventually I got out and went for the minimalist approach to keep the amount of wet gear down. Shorts, t-shirt, waterproof jacket, boots and map was the extent of it. Having parked on the edge of a track just off the B937, I followed it up a short way before climbing a fence and enterin some woods. This was pheasant rearing country and there were feeders everywhere. A couple more fences (which had been well trampled at particular points) led me through a field, more woods, then finally onto the grassy summit plateau.

Cairnie Hill.gpx Open full screen  NB: Walkhighlands is not responsible for the accuracy of gpx files in users posts
Parking at the foot of Cairnie Hill (maybe not the best spot): 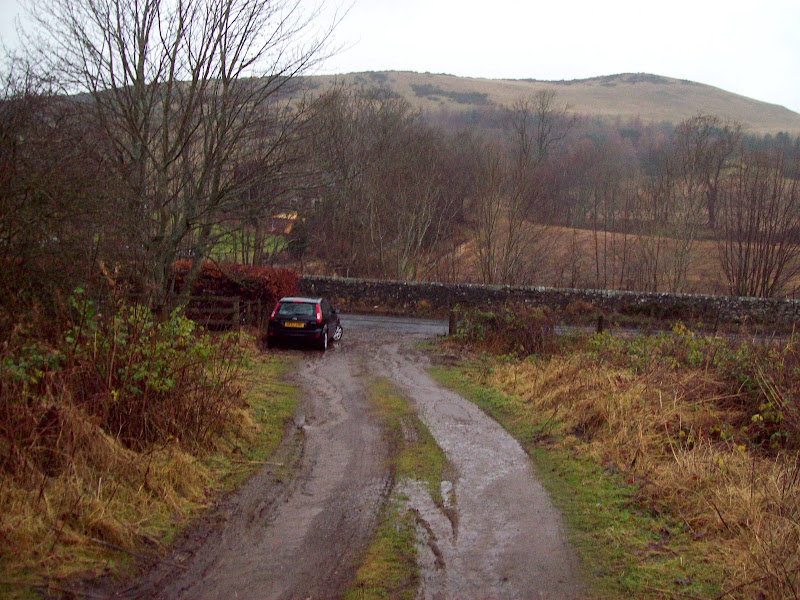 The summit itself was next to a small plantation, and with some manouvering, had a decent enough view of Lindores Loch with the Tay Estuary beyond. 20 minutes had got me here, and it wasn't really a day for hanging about, so another 15 saw me back down again. This time I followed the vehicle track around, which was slightly longer but required no fence climbing at all.

Lindores Loch from the summit: 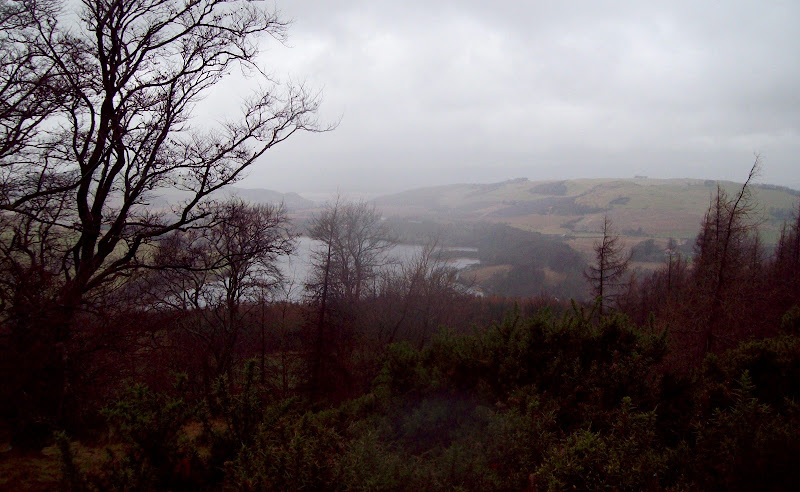 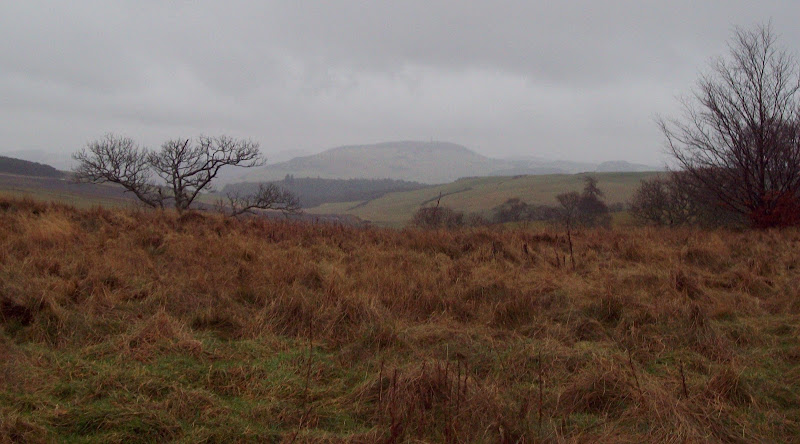 A short drive back the way and across the A92 took me past the turning for Mount Hill and through a massive puddle. I had to drive back through the puddle again to get the correct turning. A path was signposted up Mount Hill but there was no parking available here, the verges being completely sodden and the road ahead a river. I reversed back up to the farm cottages and parked on a drier bit of verge.

Mount Hill.gpx Open full screen  NB: Walkhighlands is not responsible for the accuracy of gpx files in users posts
If I wait here long enough the summit might flow down to me: 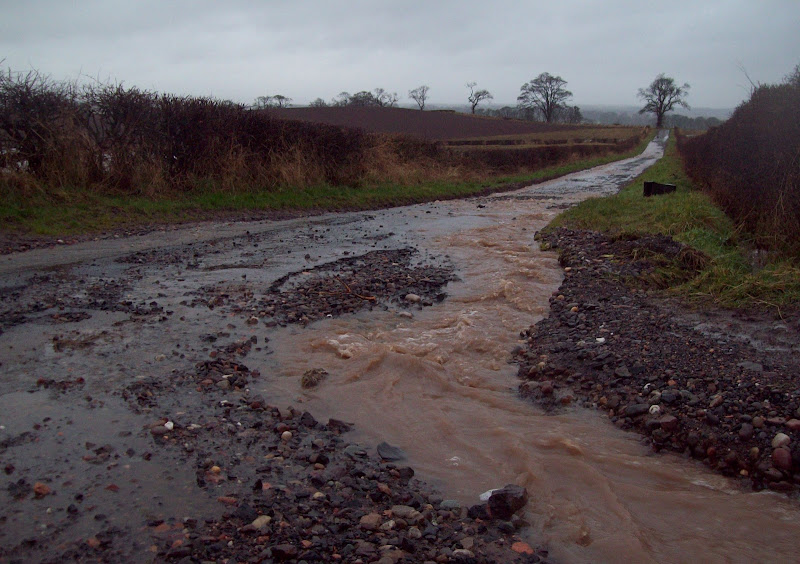 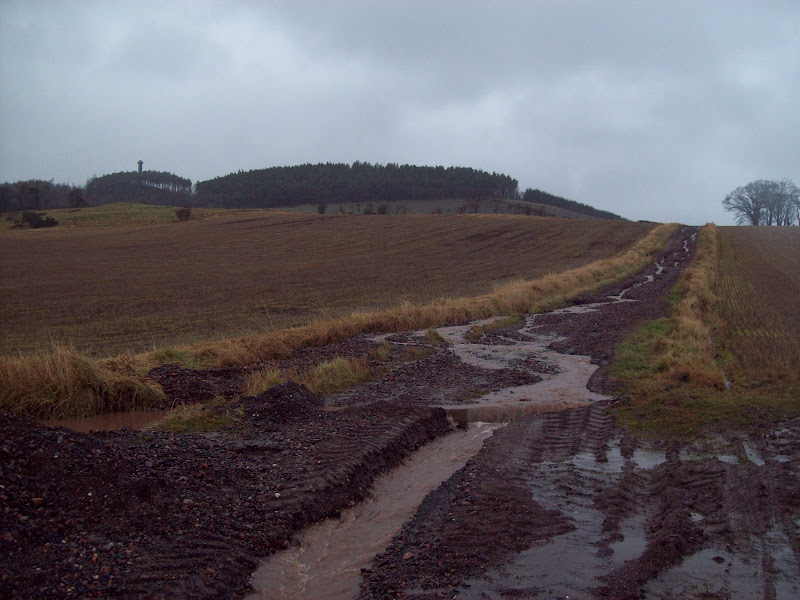 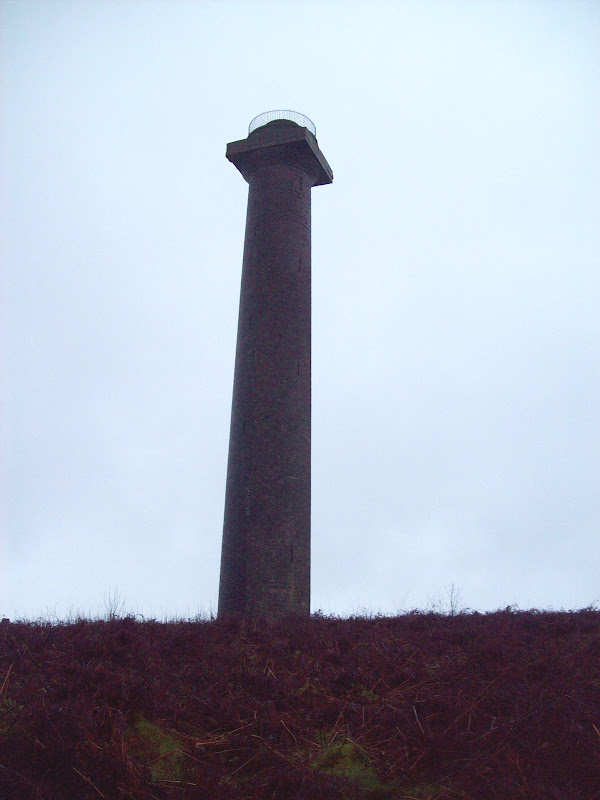 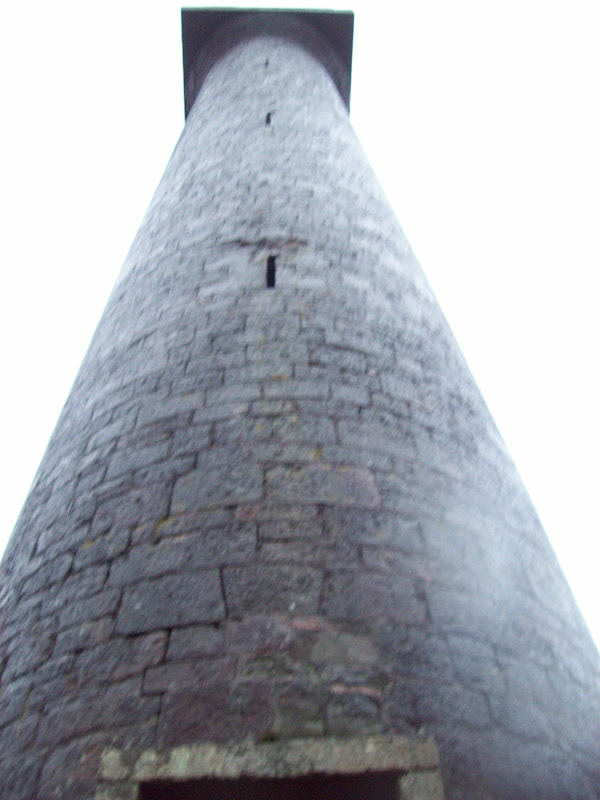 The path headed up through fields before passing into some pleasant woodland. The tower on the summit had looked like something from an airport the whole way up, but on closer inspection was built from sandstone blocks like most of Fife and Dundee. Views here were evem more limited than on Cairnie Hill as the weather was worsening, but luckily my lightweight approach had not got me too wet. Back down the same way again. Two of the easiest Marilyns I have done, and probably with some decent views on a nice day. Still, it was nice to get out - and certainly nicer than heading onto higher ground. The paraphrase of Mrs Doyle from Father Ted seemed like an apt title!

Well done you, NOT a day for hanging about. Nice hot shower required

Good effort in miserable weather.................today has been a long day sitting in the house watching the burn at the bottom of the garden rising as each hour went by.

Looks like this will be the first weekend in ages when I haven't been out for a wander somewhere.............maybe I should have done the same as you and just gone for it but it looked bloomin awful!!!!!

The wee Subs are great for days like this. One question, did you abseil down that tower after summiting or are there internal steps?

Not the most inspiring hills, even by the standards of the Fife Subs! A good choice for such a grim day. Well done.

certainly looked a bit dreich malky but, as you say, at least you got out......not sure which I'd prefer though, this or spending the day inside eating and drinking too much (elder son's 18th)

Great effort just getting out there for these Malky, I've got to say I think this moves you to a whole new level of 'fanatic'