Hillwalking doesn't really feature in my in-laws priorities, especially not at Christmas, so any Christmas walking I want to do has to slot in around everything else. Coupled with the typical Christmas weather, it makes the chances of getting a decent day out pretty slim. Still, if you don't try you don't get!

Picking up my nephews from a weekend at their dads gave me the perfect excuse to get a couple of hours out in Perthshire, so these two easy hills were a good fit. The weather was so-so on the drive over, but at least it wasn't raining at the start of the walk. I managed to squeeze the car in on the verge at Girron, although better parking spots are probably available, and I was walking shortly after 9am. An easy walk past Girron led to a wetter section of track - the surface was very soft after all the rain. 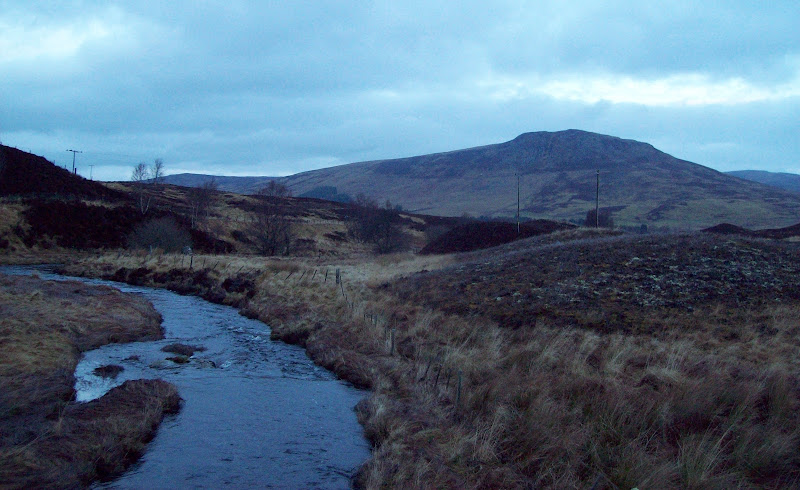 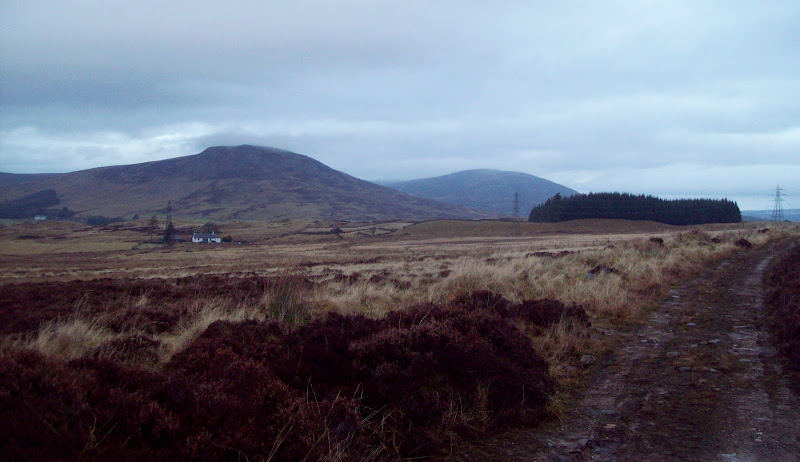 Some brighter patches elsewhere, but my hills were in the cloud

. I decided to head for Meall Reamhar first, and left the track before reaching the col. A gate and a crossing of the Girron burn led me to the open hillside. It was heathery lower down and grassy higher up, and just steep enough to start working off some of that unnecessary Christmas food. The summit was a cairn by a new fence, and with nothing muchto see, I followed the fence downwards to the col between the two hills. This was quite steep in places. 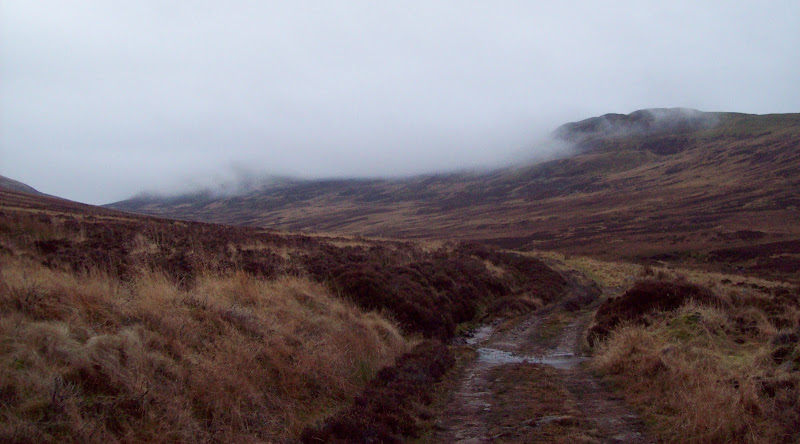 I crossed the track and headed back up again, which in the mist was identical to the slope I had just come down. Light rain had started now, so when I reached the trig point I headed off immediately again. 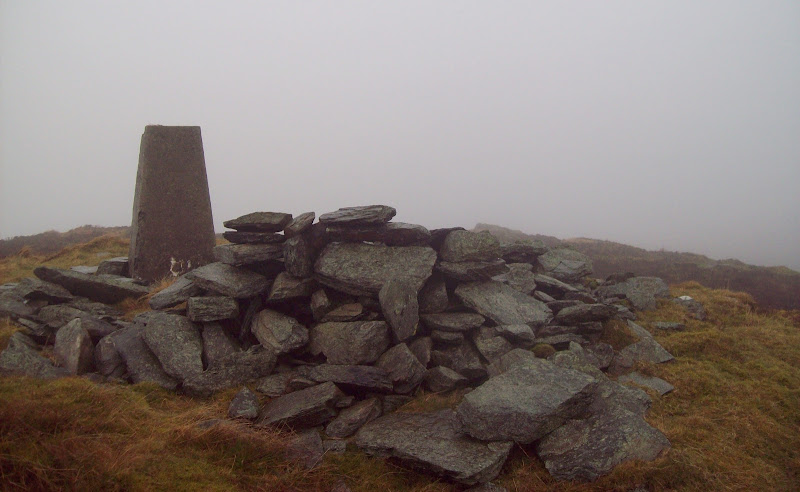 There was an option to stay high for a little longer but with nothing to see I made a line back to the main track up Glen Girron. It was an easy descent back to Girron, where I passed a couple of guys working on the drainage ditches around the farm. 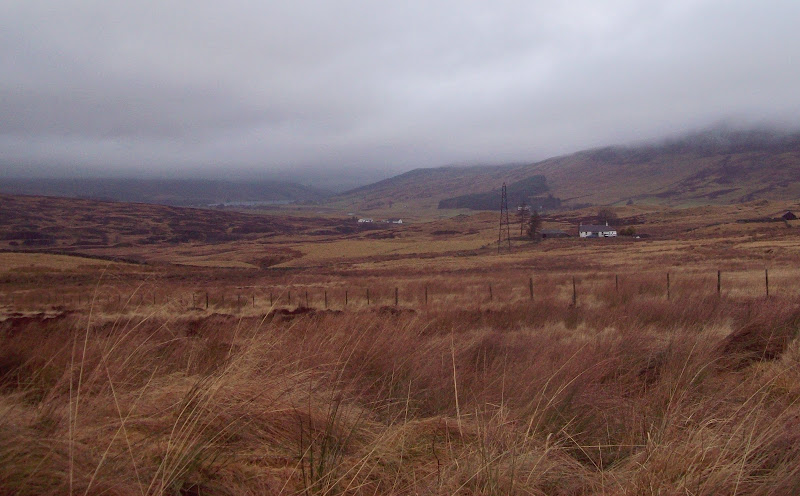 Back at the car, I had brief plans to make a quick ascent of the nearby Meall Dearg, but I felt I didn't have quite enough time. The drive up Sma' Glen in the morning had been quite impressive and I wished I'd stopped for some photos now, as heavy rain and low cloud came in on the road home. This was nasty enough to dispel any ideas of a quick ascent of the Knock of Crieff, and I headed into Perth for some last minute Christmas shopping instead.

I had hoped to give these hills a bit more time than this by combining them with Beinn an Gainimh and Meall Dearg in a longer circuit of the area, but this wasn't a bad way to spend Christmas Eve morning.

A lovely quickie for Christmas eve Malky, those moody clouds always look great on photos.....though maybe not always so good in real life

Have a great xmas and a healthy,happy and prosperous new year mate