Anyway I thought I'd try to be first up Ben Lawers and Beinn Ghlas in 2013. I arrived at car park at 0730 on New Years Day 2013 and the ground was covered in snow. There was no sign of anyone else and no tryre tracks in snow so had good feeling about being first up the 2 Munros. I started my walk at 0750 and proceeded up path and up to the deer fence. At top of deer fence climbed over and at this point lost the path due to snow getting deeper. I crossed 2 burns which was a bit tricky as I didnt fancy getting wet at this point before even starting the climb. I then started my way to summit of Beinn Ghlas which never took too long !
I was now on my way to Ben Lawers but the going got really tough as the wind was extremely powerful and at times felt like it was trying to pull me off the mountain. This made me more determined than ever to climb Ben Lawers but I was having second thoughts when I got my first glimpse of the mountain. It looked like the wind was going to beat me but I just gritted my teeth and a few sweary words were used before I battled the elements and started the steepest part before eventually reaching the summit at 11.20am. I was so relieved to have made it and it was too cold and windy to bother about having any food so a bar of chocolate sufficed.
I soon was on my way down and was so happy to meet my first fellow walkers, a group of three who were doing Beinn Ghlas and coming down a longer way. On the journey back to the car park I came accross around a dozen other walkers and then a couple of families near the bottom out for a nice New Years Day walk in Ben Lawers.
Finally back to car park at 2 pm and so relieved

to be back and then heading for home where some nice tuna casserole, a wee drink and hot bath were awaiting me. All in all another great day out in the Scottish Mountains.

Happy New Year to all my fellow walkers and all the best in 2013. Be safe always ! 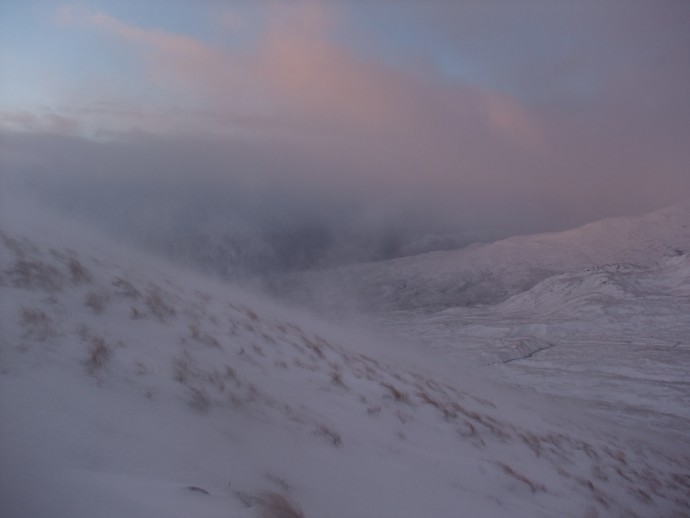 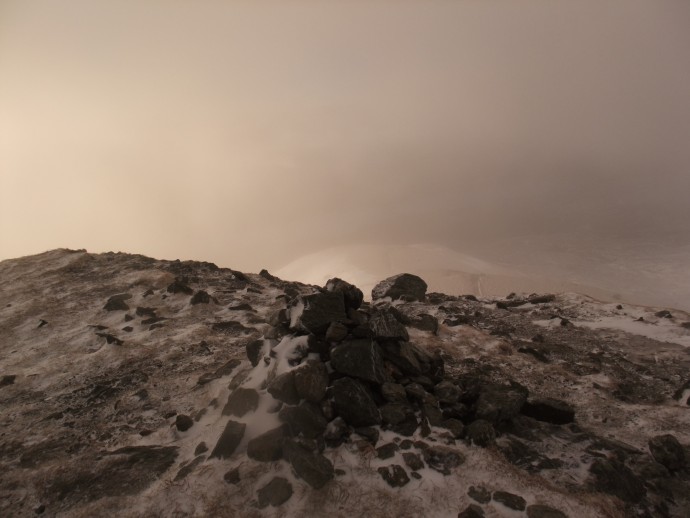 Approaching the summit of Ben Lawers Top of The World Mama !

And a happy new year to you too. That looks like a pretty good first footin'! Better than my New Years Day anyway.