Still playing catch up with the reports, and bagging odds and sods of unclimbed Wainwrights, so with a dram of 20yr old Lagavulin and Caithream Ciuil streaming from Radio Nan Gaidheal, here’s this trip.

Jim and I got lucky with the weather on this first Sunday in October 2012. The plan was to climb Whinlatter then hop in the car and go round to Lanthwaite Green to nip up (ha ha!)

our_route.gpx Open full screen  NB: Walkhighlands is not responsible for the accuracy of gpx files in users posts
As it turned out the weather was stunning and we reached the NT Whinlatter Forest Park Car Park well before most other mortals were out of their pit. I’d seen the start of the walk from a photo and we walked along the road a bit before finding the stile/gate which took us up on to the fell. In true Lakes fashion a steep but short pull up got us on to the ridge leading to the summit, a photo on the way up and one from the summit says it all. 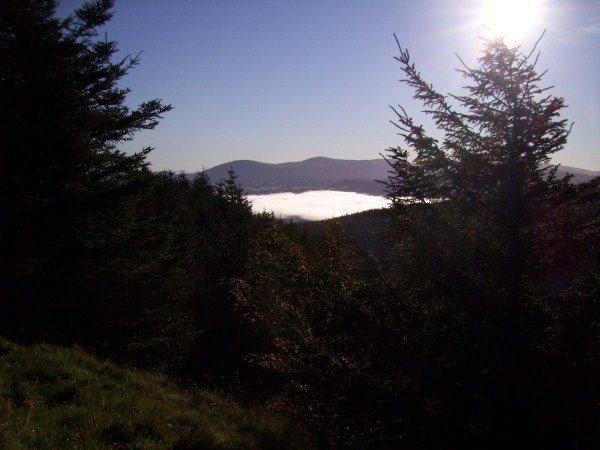 Temperature Inversion on a great morning 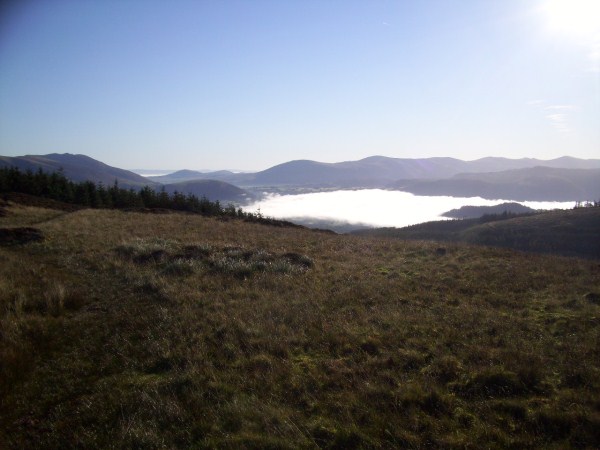 It's Keswick under the mist.

The summit was some what underwhelming but the views all around great; it may be the Isle of Man in the far distance on this one. 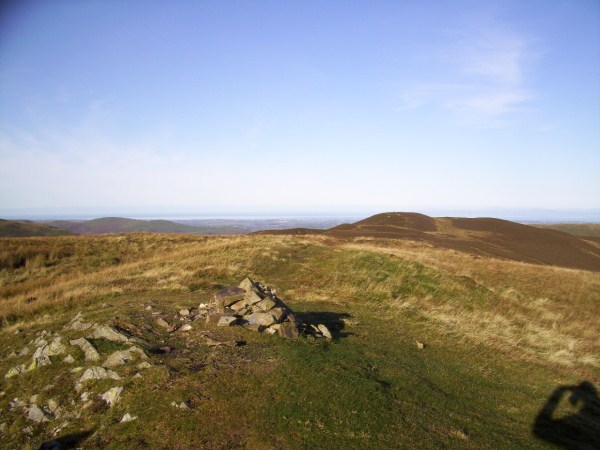 The Summit; with Isle of Man in far distance

We wandered back down, through the forest this time and back to the car leaving just as the car park was starting to fill up with mountain bikers and others.
A short drive down the other side to Lanthwaite Farm and managed to get a spot in the car park before setting off for the narrow ridge of Whiteside facing us.

our_route.gpx Open full screen  NB: Walkhighlands is not responsible for the accuracy of gpx files in users posts
I took these photos because last time Jim and I were here (May and June 2012) we couldn’t see a bl***y thing and it’s always nice to see where you’ve been even though it could have been anywhere on the planet at the time we did them. 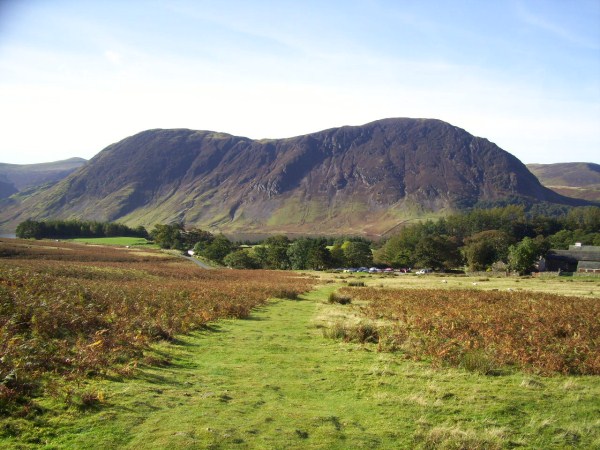 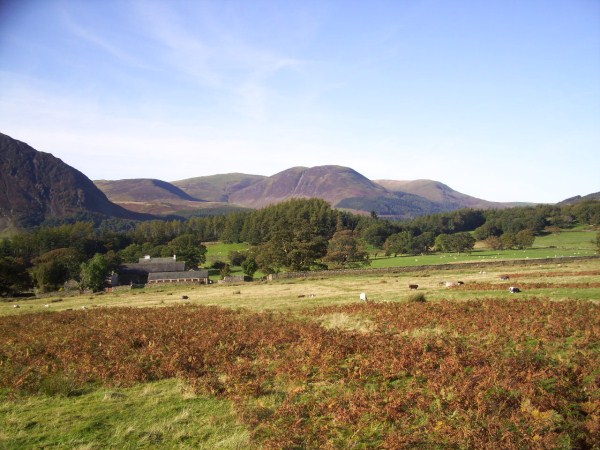 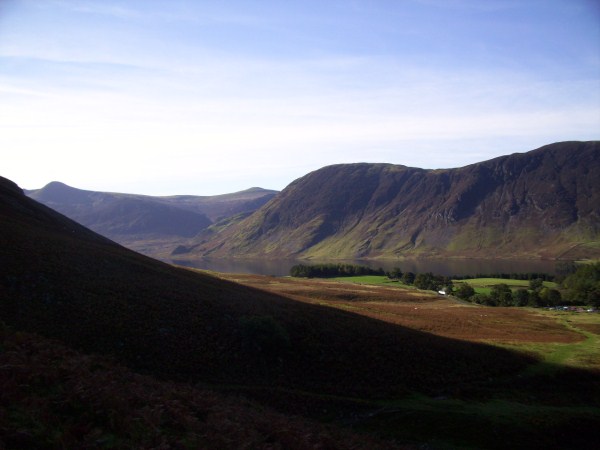 It looked steep on the map and didn’t disappoint, Jim found himself chasing a nine-year-old whilst I was being out climbed by a four year old girl (Oh the shame!) made her Mum and Dad laugh though. 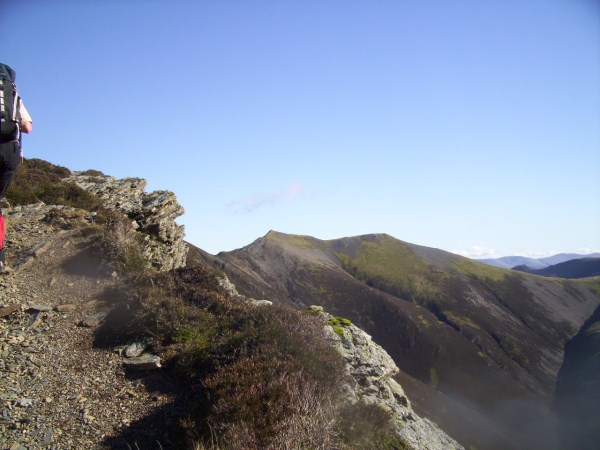 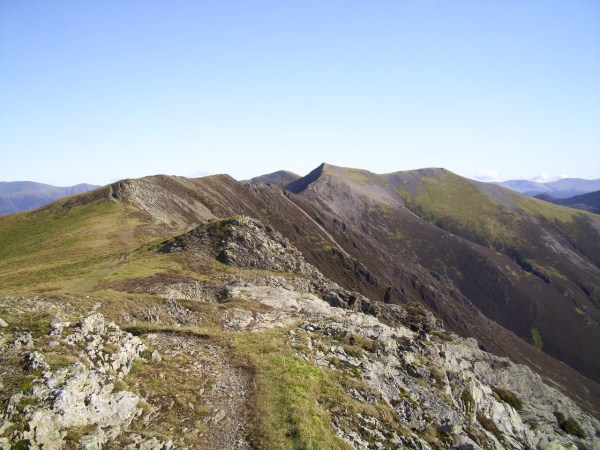 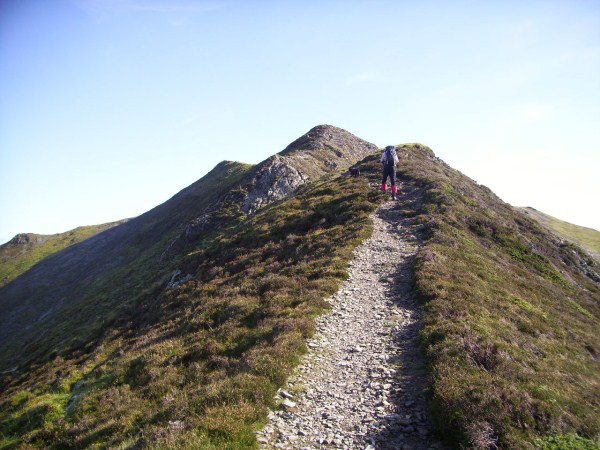 The path turned out to be a really nice one with drops on both sides a good and unexpected ridge.
The ridge along to Hopegill Head was good and as more folk arrived we piled off down to the top of Gasgale Gill (Coledale Hause) found a nice spot by the beck and sunbathed , yes it was hot!, had our butties and a chat to a fellow walker. 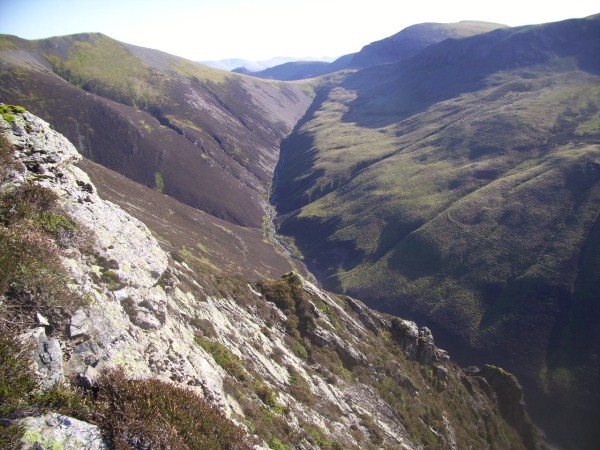 
Gasgale Gill was a pleasant and interesting walk back to the car along a good path, all in all a great day.

Lovely stuff Dave and great to see a few shots of the sunshine, keep the catch ups coming

ChrisW wrote:Lovely stuff Dave and great to see a few shots of the sunshine, keep the catch ups coming

Some lovely views and the ridge is a great walk

Not many to complete now

SusieThePensioner wrote:Some lovely views and the ridge is a great walk

Not many to complete now

Thanks for the comments Susie, got a final 'catch up' report and the most recent one. Keep watching! Dave