First report so apologises in advance!

Having not done a Munro as a three since my mate moved down to Birmingham we were eager to get at least one done while he was home, boy in the middle, but due to his limited time home he found himself out till 5am the night before so our 7am start to bag Beinn Ime and Narnain quickly became a 10:30 start and disappointingly Ime was dropped to make sure we were back in day light. 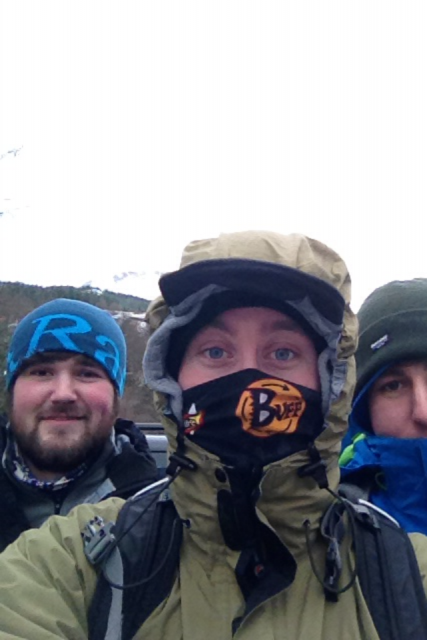 Colder than we expected getting out the car before the blood got moving!

Light snow all day but pretty clear and despite having to don the microspikes to get up the forest path and just for a wee bit of stability on the path up the valley all was going well!
Ascended the North side for the shallower incline, especially in the snow. 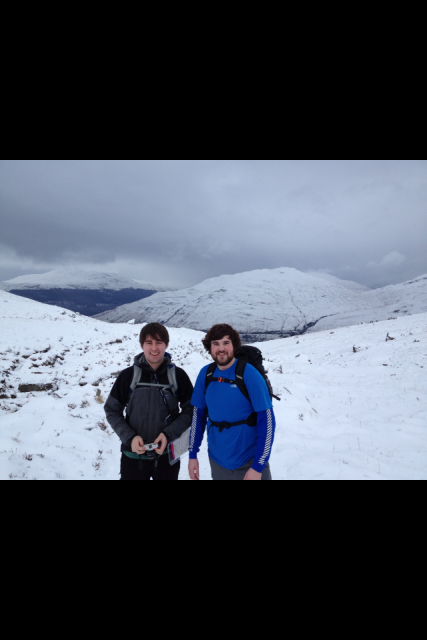 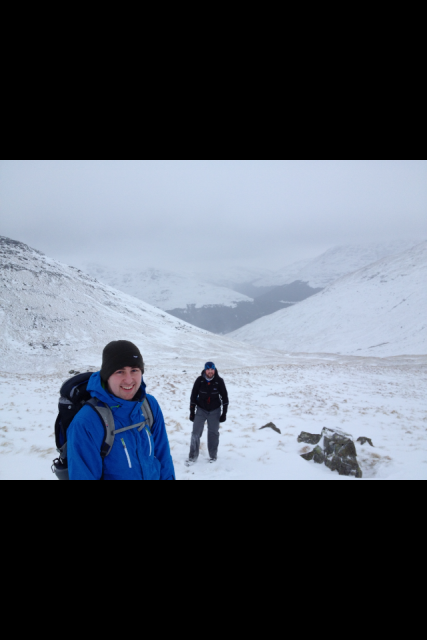 Visibility started to abandon us about half way up Narnain but quick double check if the map we were happy enough and even pretty sheltered from the wind on the North face. 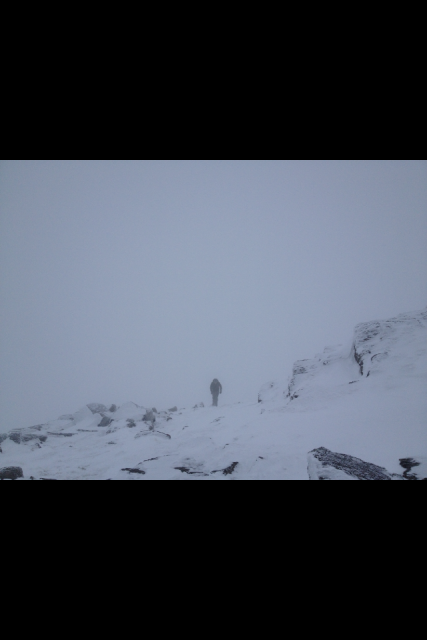 Wind picked up and temp really dropped up the top, nice covering of ice across our jackets and having slipped my buff down across my neck I didn't realise it but my beard became a bit heavier and whiter for that matter 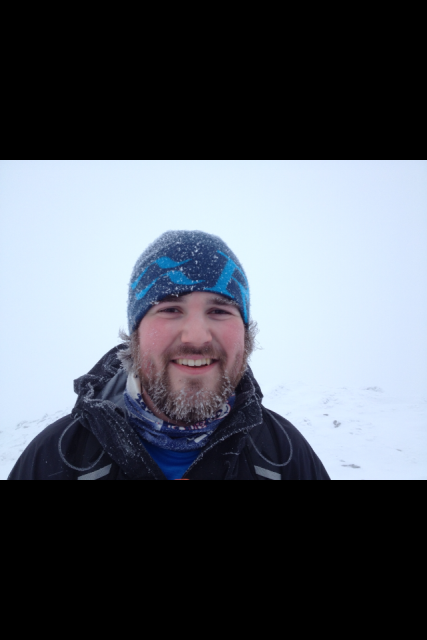 Jumped up to the trig point but no hanging around, quick picture before a scamper back down the way we came, grabbing a quick bite at the base of the hill, on with a new pair of dry gloves and we were away. 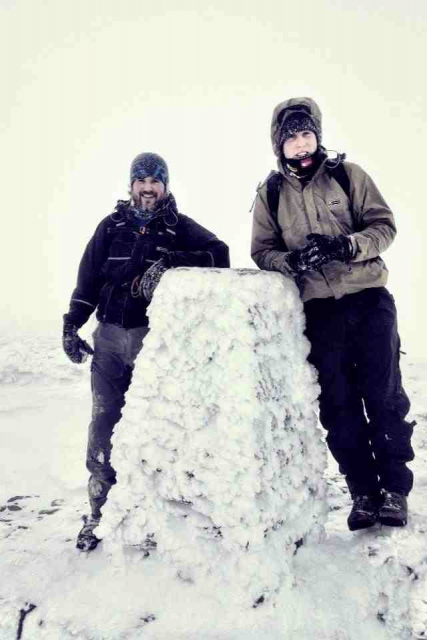 Got back to the car just as it was getting dark after a great day out and glad to have reminded a mate what he's missing stuck down south!

Congratulations on your first report! Good ploy inviting your friend from Birmingham. I bet he'll move back to Scotland swiftly! It surely looks you all had fun

Great pictures, I was up the Cobbler earlier the same morning but it looks like you got much better views than me!

adamg wrote:looks like you got much better views than me!

Ye, we were pretty surprised, think my mate needing a few extra hours in bed helped us, was pretty clear whole way up the Glen and most of the way up and down the hill, just really the top where we disappeared.

always clean shaven but got lazy over the christmas holidays then stuck with it, thought it might keep me warm till later in the year when things start to thaw out higher up!

Silverhill wrote:Congratulations on your first report! Good ploy inviting your friend from Birmingham

Cheers, wasn't sure how much to write etc, hoped that was a good balance with the pictures. Ye, the plan is to keep sending him pictures of us having a good time everytime we manage out