arrived at at torran dubh around 8 am with surrounding peaks covered with heavy mushroom cloud formations and fog patches low in the glens which given a good forecast i was ever hopefull things would clear, set off however along the north side of the river , most of the way the path was well frozen so proved quite easy going upto junction of allt an loch sgeireach which i followed uphill well up into the corrie and found an easy crossing point, its worth noting here its not easy to cross in wet weather, climbed up onto ridge upto 756 mtr point on creag dubh fannaich and changed jacket gloves and put crampons on ready for the higher slopes, continued along very easily uo onto beinn liath mhor fannaich summit with a grand veiw opening up in by now clearing conditions. in winter conditions a quite tricky descent follows here needing axe & crampon work with the ground falling away very steeply to the nw so descended sw again pretty steep down to little coll below, sgurr mors east face looked magnificent from here and my phone pics dont really do it justice, crossed the 944 point and begin super climb up the narrowing ridge onto sgurr mor, big slope behind you here in winter and very steep on both sides so needs care, i stayed in the centre and curled round upto follow the heavily corniced ridge onto the top, 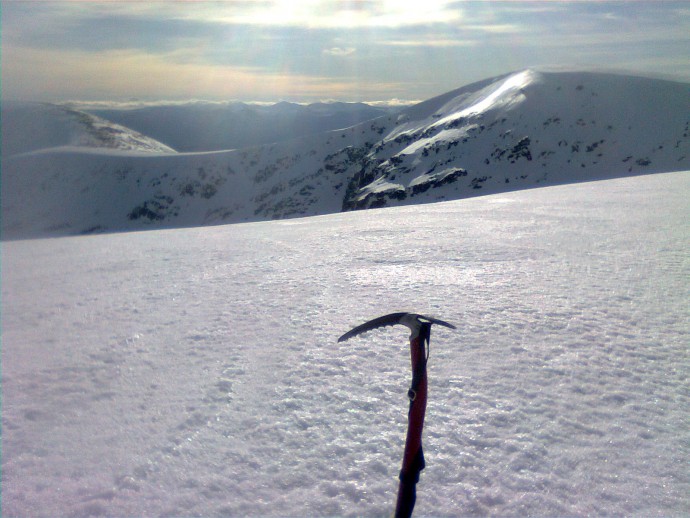 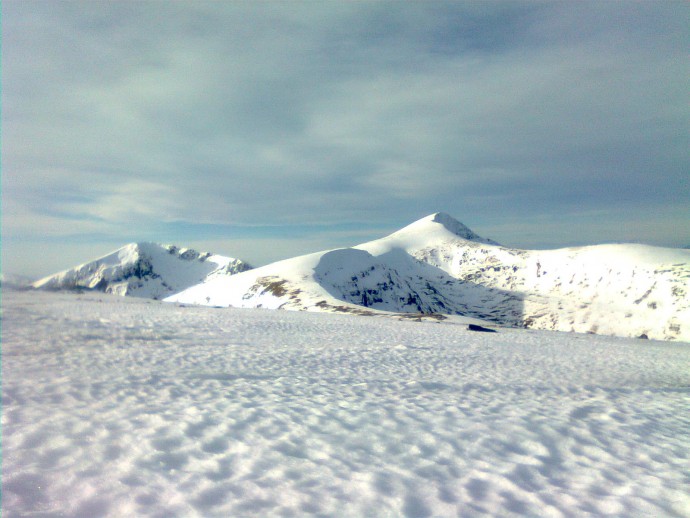 its worth noting from bealach ban below meall gorm - an coileachans northern slopes look very steep from that angle but in fact descending off north to the 565 mtr point its was no problem, and soon dropped down to the lochside, ive seen many comments re the state of the path down the river back to torran dubh but i went due north from the loch gorm met the river and followed it down to the bridge crossed to the left hand bank [ descent ] and found it ok, i had been expecting a lot worse,
another fine winter climb and i was so looking forward to camping at ledgowan the night !! - 8 c

thankyou for posting ...really useful as i am planning to do these soon

still looks pretty snowy up there!