given SLIOCHS grand position at the head of loch maree i wanted to do this route on just the right sort of day and for many years now ive waited for the chance to climb slioch in the alpine like conditions experianced last weekend, so i set off AT 8.30 am up the usual route to the bridge from the car park which is very pleasant and easily followed and thence up between sgurr dubh and meall each and round and into the coire where you get to see the upper slopes of the mountain and can decide which option of ascent to take, and also the descent route over on the right down the ridge from sgurr an tuill bhain.
i kept left in the coire under sgurr dubh and climbed up the wide snow gully onto the ridge above which was no problem but required use of axe & crampons, coming out on to a veiw accross to torridon & down over loch maree 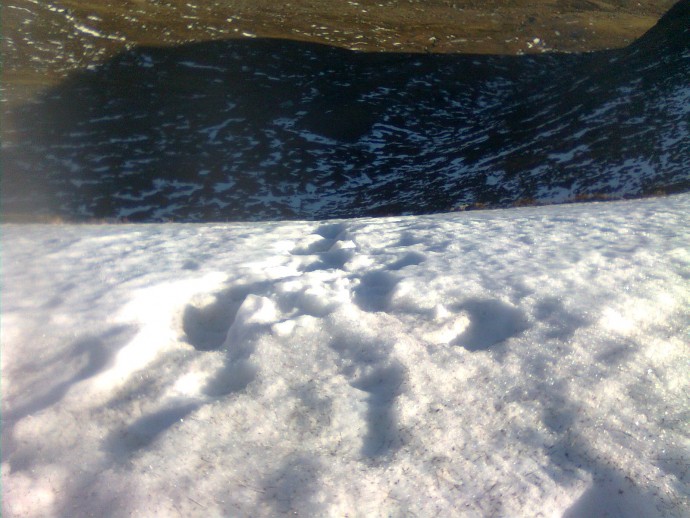 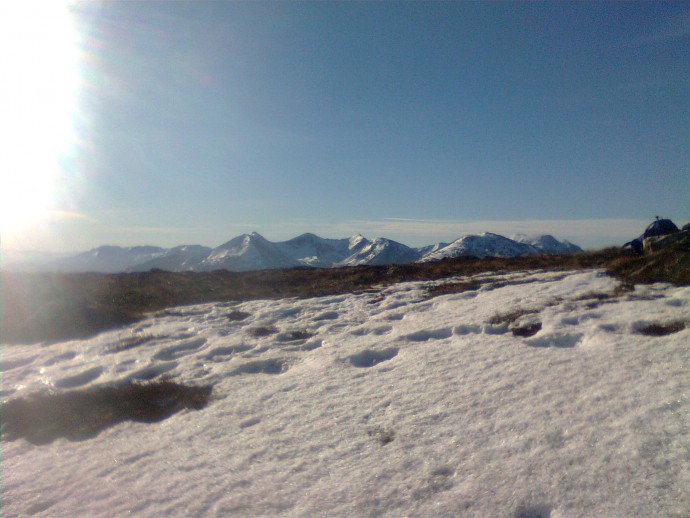 an easy walk follows up to a small knoll on the ridge and then descends to the two lochans, i made for the right of these and began the very steep climb up the ridge above me, need crampons here & axe in hand !! but its not really difficult just steep. 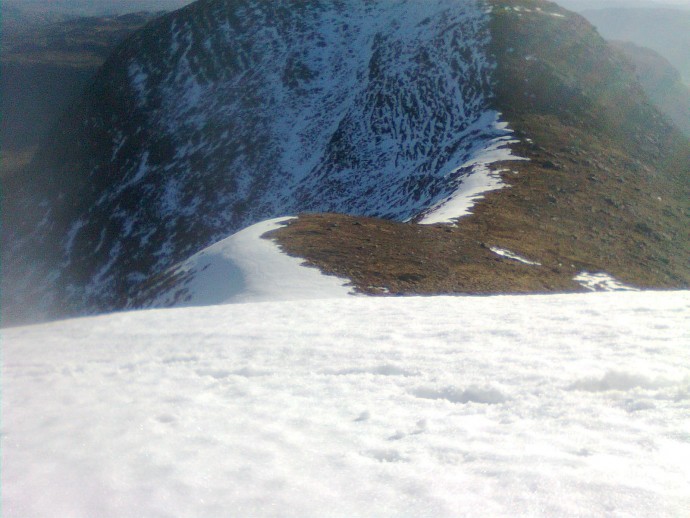 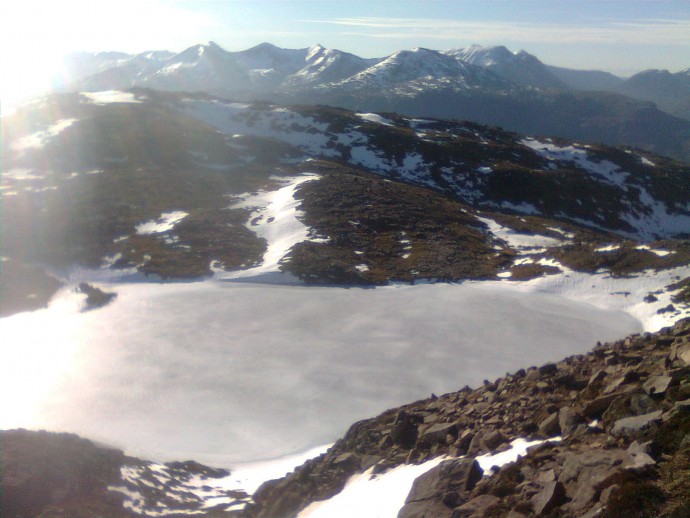 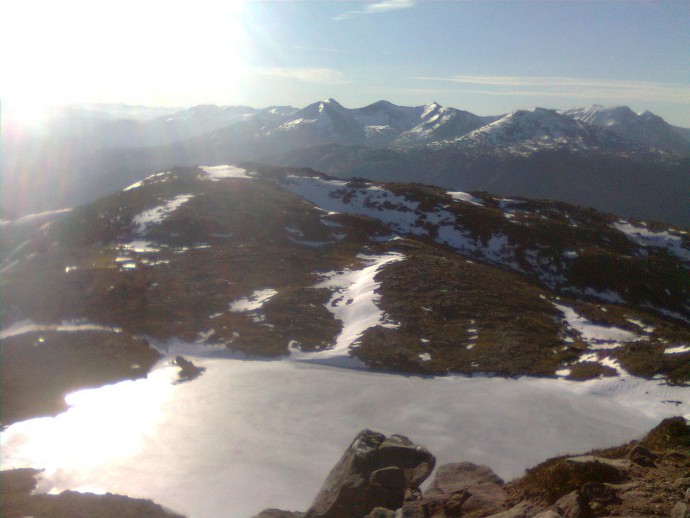 making steady progress on hard well frozen snow and ice patches and in no rush i arrived on the 933 mtr top and then continued across the upper mountain making a slight descent to the left of the high lochan which appeared well frozen [ worth noting here if snow covered take care as its right in line with the trig point at 980 mtrs which i duly arrived at all too soon, looking back from the trig point, 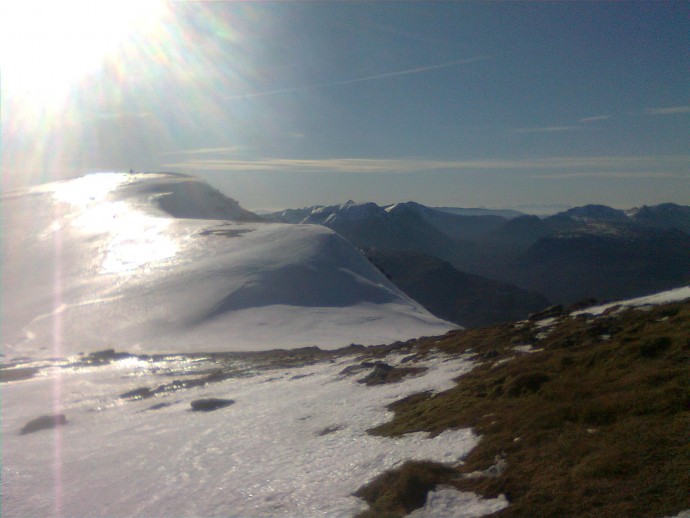 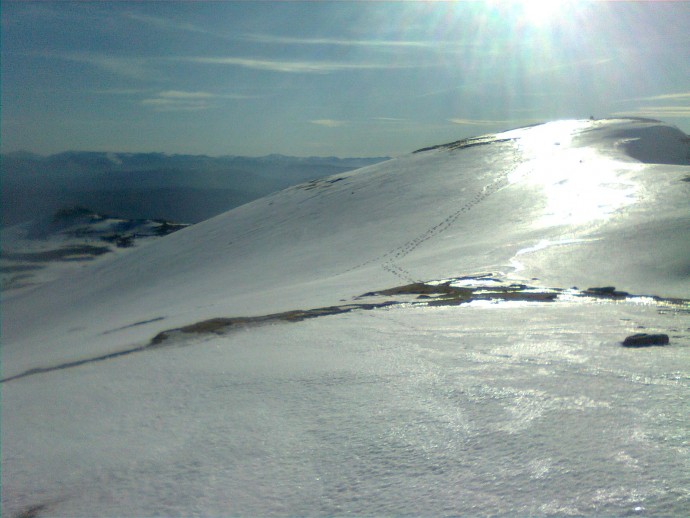 after taking in the stunning veiws i continued my wall round and up to the actual summit cairn at 981 mtrs perched right near the impressive north face of slioch, where standing closer to the edge will give vertigo sufferers something to consider, 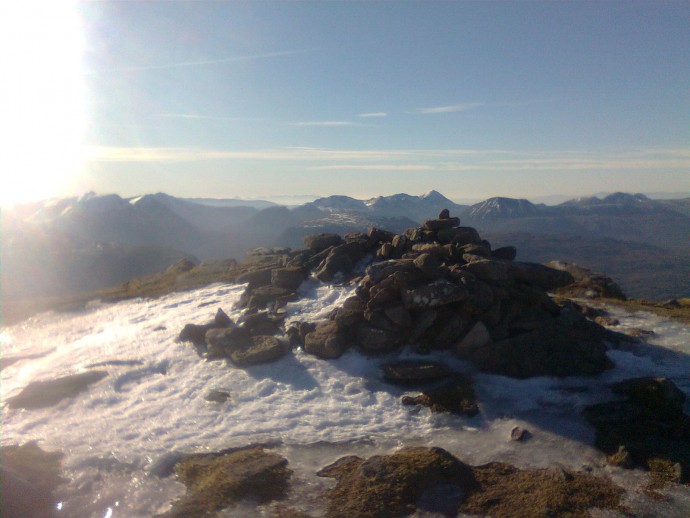 spent a very pleasant lunch on the top in the alpine like conditions and then made my waly off and down to descend the AN T-AON CHEUM ridge behind which is no problem, a few big drops on the left here and there and needs care with the frozen snow cover but nothing too daunting, and spent a short while taking in the veiws from SGURR AN TUILL BHAIN. 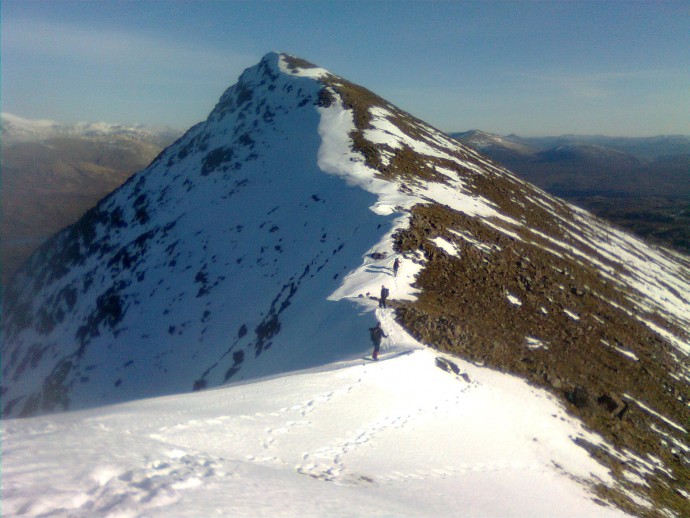 eventually arrived on the last top and then made my way down and accross to meet up with the path again in the lower coire just to the right of meall each and dropped back down the path to the bridge, saw a lot of deer down here by the loch near the path which makes a pleasant walk to end to the day. 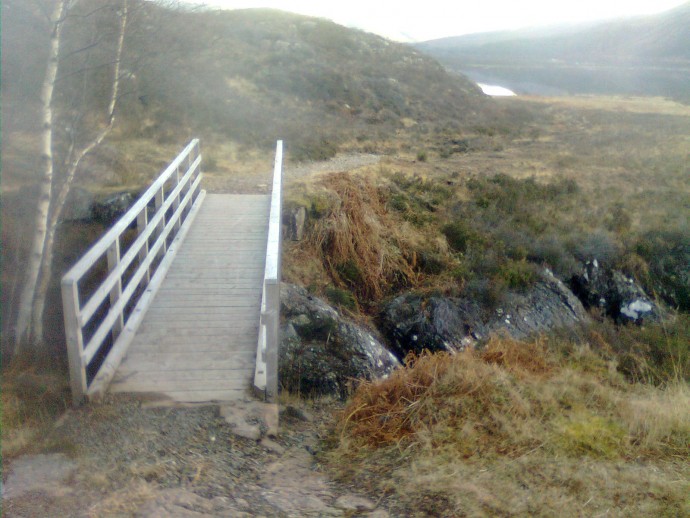 What a fantastic day you had for this hill! Eyed it up a few years ago, when I wasn't yet interested in munros, and it looked very tasty. Thanks for whetting my appetite again!

These are magnificent photos - with better views than we got when we were up last summer!