our_route.gpx Open full screen  NB: Walkhighlands is not responsible for the accuracy of gpx files in users posts
After a testing walk in the clouds up Ben More and Stob Binnein ten days ago, Mrs C and I were back and this time we brought the sun. The forecast was for a glorious day and we couldn't resist the chance to climb next to Ben More so that we could see what it looked like. The forecast was spot on - a cloudless, sunny day with not much wind and a nice crisp, frosty start. A clear view of the mountains from the start

We set off in high spirits through Inverlochlarig farm, over some frozen ground that other reports say can be very boggy, and straight up the slopes of Beinn Tulaichean. We didn't follow any paths as the slope is easy to climb. Early on we saw some deer trotting away from us, a great sight and the only wildlife of the day. The views were outstanding and it was a lovely, sunny spring day. We got into hard packed snow as the slope levelled out, and after a quick energy bar we donned our crampons and set off. Ben Vorlich and Stuc a' Chroin in the background

We reached the summit of Beinn Tulaichean quicker than we expected - the peak is a little underwhelming when climbed from the south. Pausing for a quick sandwich and a look around - Cruach Ardrain and Ben More looked great 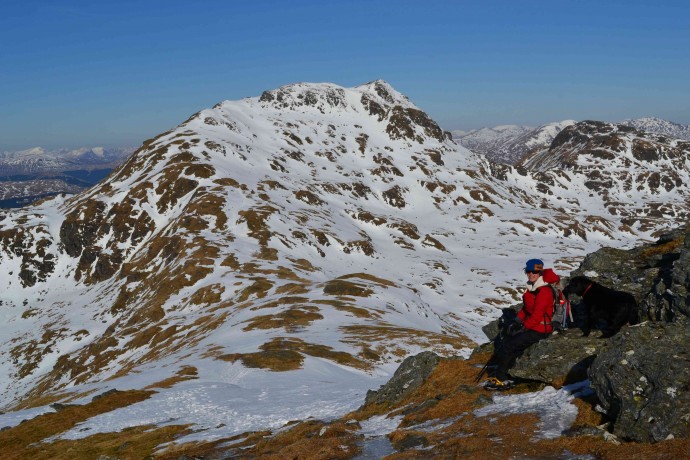 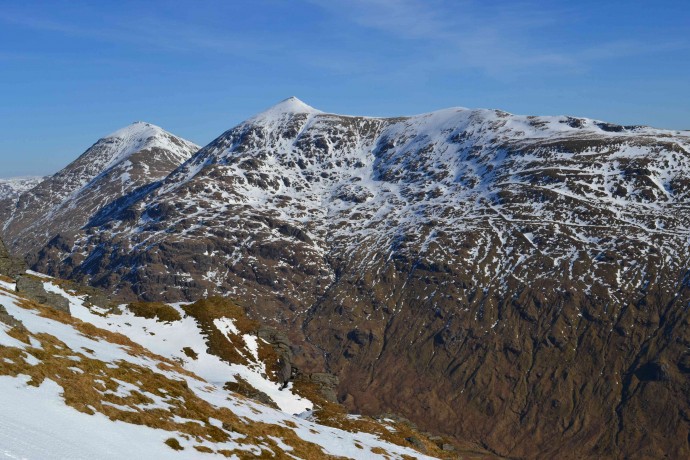 - we then headed down to the bealach and up to Cruach Ardrain. To be fair the peak of Beinn Tulaichean looked a lot better from the north. Beinn Tulaichean from the north

It is a fairly steep climb, but because we were on hard packed snow it wasn't difficult. We followed in the footsteps of a group who had climbed when the snow was soft, and counted ourselves lucky as it must have been hard work for them.

We thought we had arrived at the summit cairn, but no, there is a dip and small climb to the true summit. Lunch was enjoyed at the peak with stunning views all around. Mrs C and dog in harmony at the summit 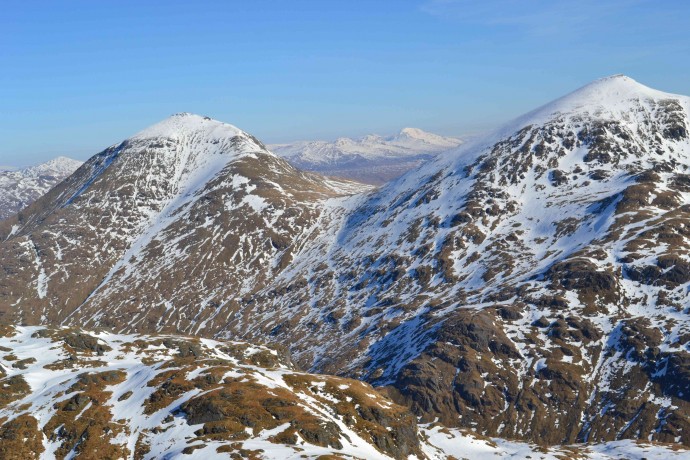 Ben More, Stob Binnein and I think the Tarmachan Ridge in the distance 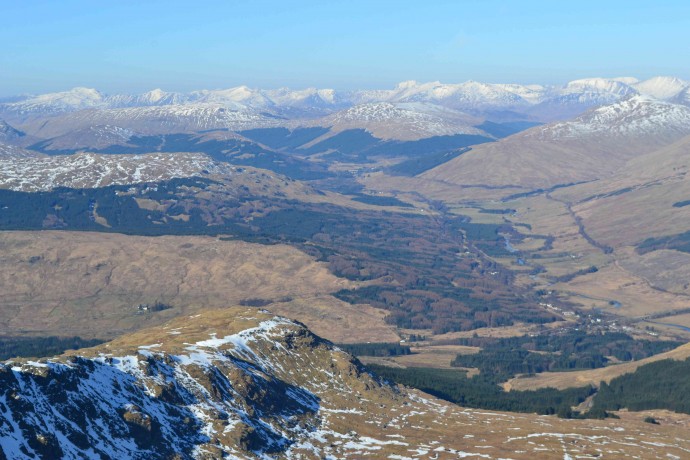 The view north, Crianlarich and beyond

The route back was very straightforward, following in our footsteps to the bealach, pausing only for a few photos. 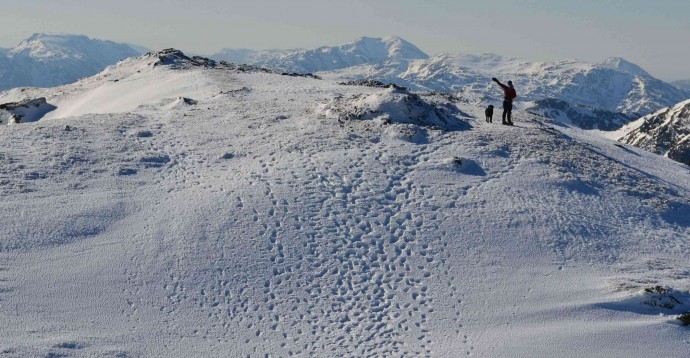 An Caisteal and Beinn a' Chroin - our next mountains? From the bealach we headed down the steep slopes to the glen where we picked up a good track back to the farm. The view back up to Cruach Ardrain

A really cracking day out.

nice pictures and a grand day, i always like seeing reports of cruach ardrain after it broke me then i broke it !