Munros included on this walk: Sgurr nan Each

The BBC weather forecast tempted me over to Sgurr nan Each to try to get an easy walk in the snow. Set off from north Aberdeenshire about 7.30am and got to the car park at 11.30am. It all looked so easy on the map the night before and I had been here before. However, the snow on the hills seemed to magnify the distance in I knew I had to cover before I could start the final steep section towards the summit.
Almost immediately the path turned to a mix of snow and ice so I resigned myself to a bit of a slow walk in. It did get a bit better though after a couple of miles.
Around a third of the way in on the flat section of the walk an older looking chap bounded past and I was able to use his figure as an indicator of where the vague path / track on the west of the Allt Breabaig burn was taking me (in fact the path marked on the OS map crosses said burn fairly early on but I missed this).
Got to the flat area beneath the Sgurr nan Each bealach still feeling reasonably energetic and could make out my erstwhile guide high up on the shoulder of Sgurr Breac, across the glen.
The lower part of the section I was now on was a fairly easy if steep. About the 700m mark I had to don crampons as the snow was too hard to kick steps in. This struck me as a little odd as it felt quite spring like whereas a walk in January in very cold conditions had seen me crunch though softish snow all the way to the top. This time the crampons stayed on from 700m all the way to the summit.
When I got on to the summit ridge / bealach I could see that the weather coming in from the east was closing down on the tops whereas to the west there was a broad swathe of blue sky still. I got to just below the summit in clear conditions and then had a walk along the short summit ridge in a semi-whiteout. This actually made for quite an exciting walk with occasional glimpses of the glen floor 400m below.
I waited a little while for the cloud to clear but I finally settled for having got a few cloudy photos and video clips and then made my way down. The first bit of wintry weather then hit so I reached for my jacket which I then realised had not returned to my rucksack since my walk in January. I did have a good thick jumper with me though so that was pulled on over my fleece and kept me warm for the remainder of the walk.
I returned by following the path along the east of the burn. This looks a bit shorter than the west side.
Got back to the car just as the sun was starting to sink. 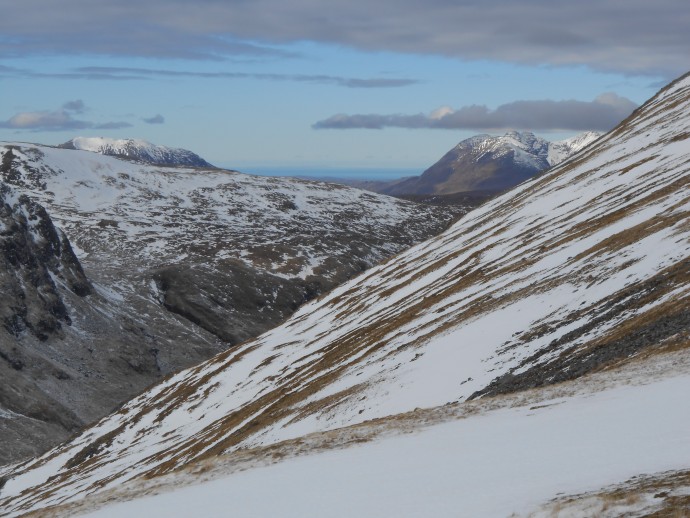 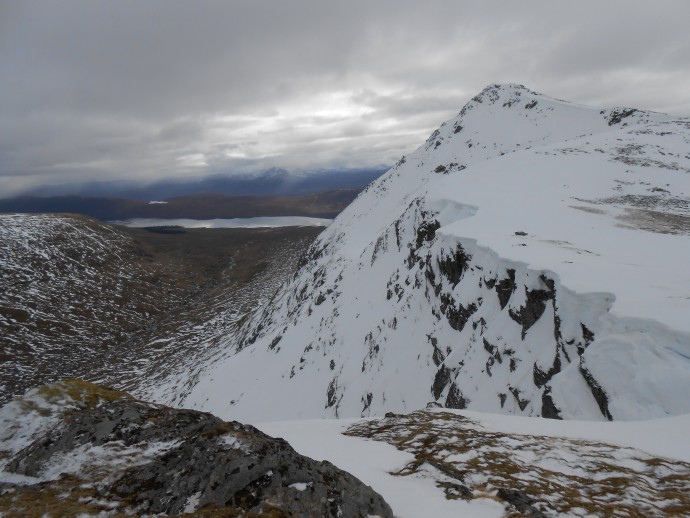 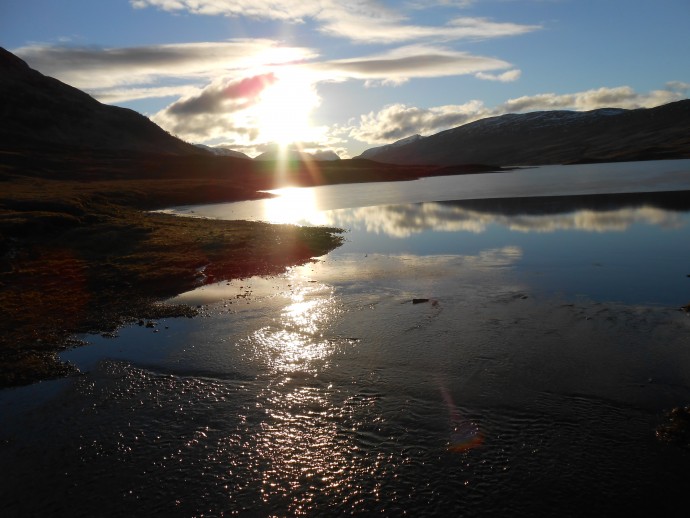 Re: Sgurr nan Each

Re: Sgurr nan Each

Hmm, now I've looked at it a few times I don't like it too much but it was a nice moment resting on the bridge and there being a bit of sun.