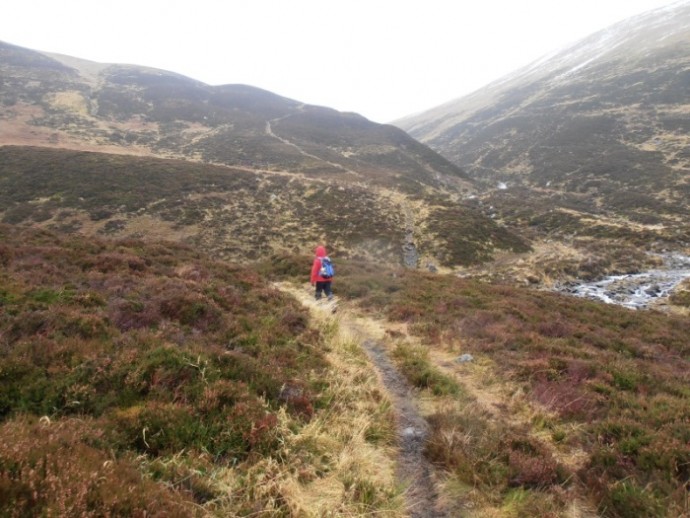 The weather was reasonable with cloud forecast for all day so with map, compass and 2 GPS, we were going for it. A slightly later than planned arrival got us parked in the recognised parking area, kitted up and on the track by 10:50 on the Monday morning. Visibility was pretty good considering the sky, with just a light air keeping the temperature at a comfortable 3°c as we make our way along the track through the heather. Trying to find a suitable crossing point over the Allt Coire a’Mhathaich took some time but we finally decided that NO1446 7515 was about as good as it was going to get. We did have a towel with us in case we needed to bare-foot it across which I don’t mind on the return but not on the ascent. 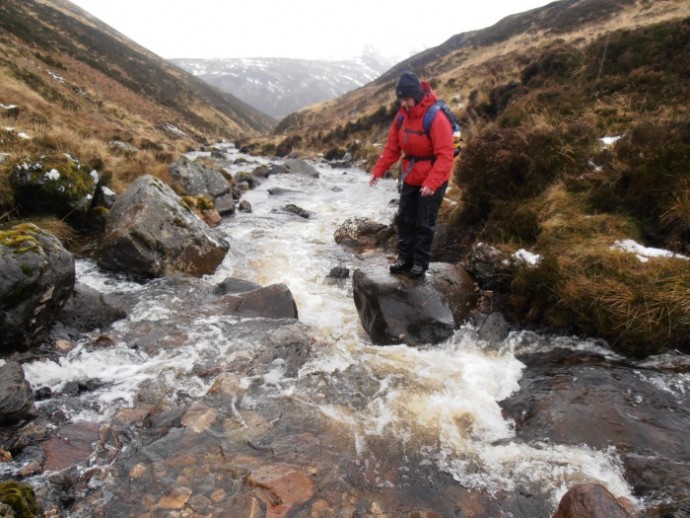 Continuing along the path, we eventually contact the start of the snow about 600m up with some deep patches scattered all around. Looking back at the Devil’s Elbow, it is easy to understand why there are snow barriers both ends of the glen. By this time, we are pretty close to the cloud level with wind picking up and the snow starting to fall. Well, fall might be the wrong terminology here. It was horizontal as the photo shows. 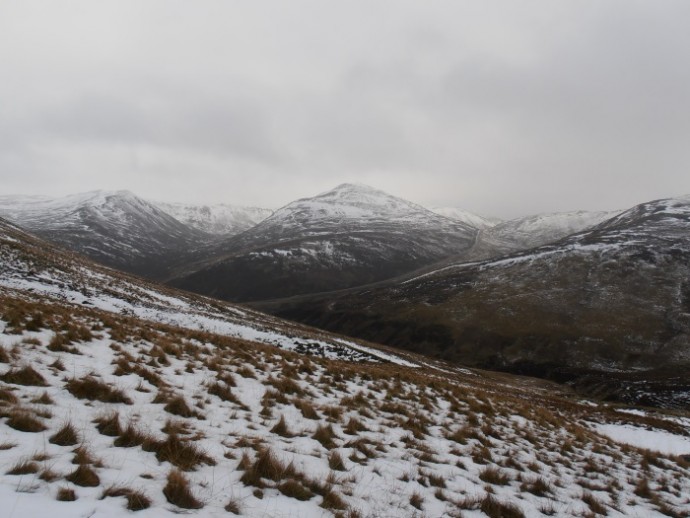 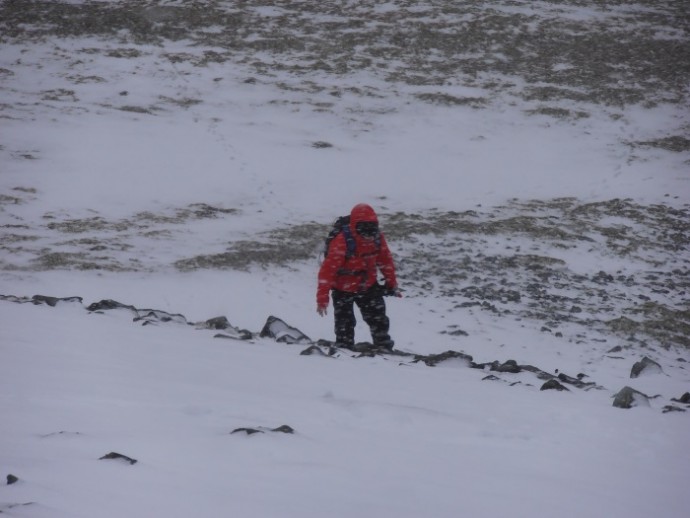 Fortunately, it didn’t last long but the wind stayed with us all the way to the top which we reached after 2 hours 40 following a drystane dyke for the final push. Ok, not fast for that climb height but we did spend time at the crossing then there was a snowball fight etc etc. A few metres back from the summit; we dug the snow away from the leeward side of a big rock and huddled down out the 38mph wind for some refreshing soup and sandwiches. Ahhhhhh. Wind chill at this point was -7°c but no problem when you’re well wrapped up. 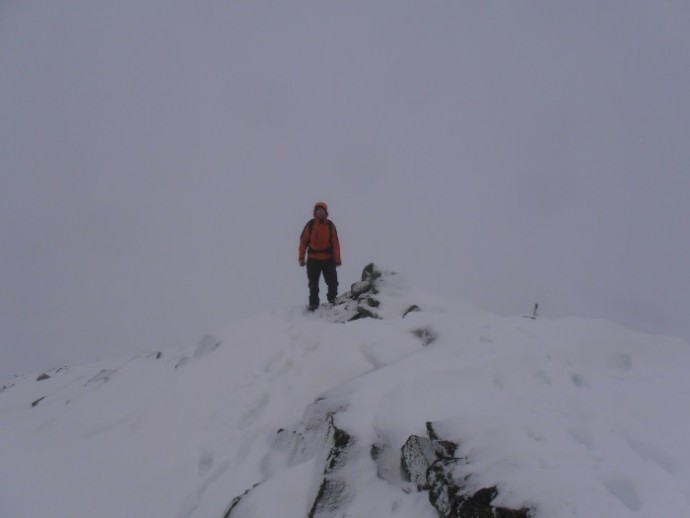 No panoramic views today though. Once we had sated our hunger a bit, it was time to start back down to the car by re-tracing our footsteps through the rocky part then spent a good part of the time sliding down the snow. Why oh why didn’t we bring a couple of plastic sledges with us? Oh well, maybe December 2013. 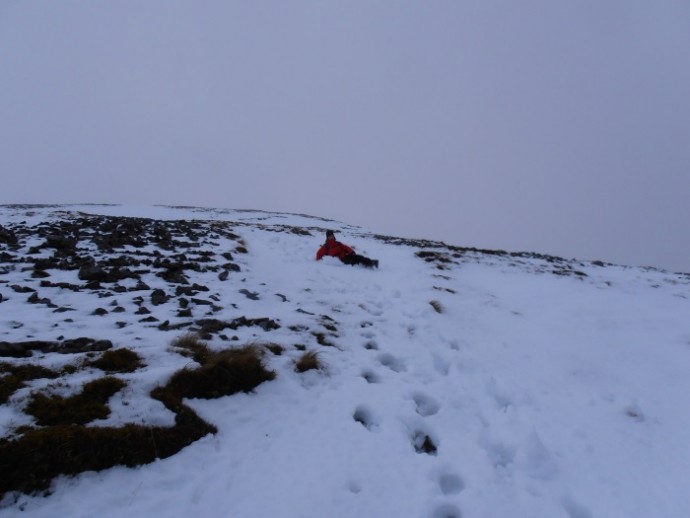 Soon, we were out the cloud and heading back to the same crossing point we had marked on the GPS. By now, the water was deeper and faster but we still made it without the water getting inside our boots as we would be using them for the hills the following day. Soon the car was in sight and we were back down after 4 hours 30 total before darkness fell.
The day ended on a sour note as we had planned to eat at the Spittal of Glenshee Hotel that night as we had done previous winters. It seems to be new owners since our last visit and they don’t cater for non-residents in mid-week during the winter. Crazy to have the kitchen open for the 2 residents who were sat at a table eating but not for weary travellers. Who would have figured that in these hard times? Well, not to worry. If you drive 14 miles (20 minutes) south to the Bridge of Cally Hotel, they will welcome you with open arms where the menu is very good, the food delicious and the price excellent. Well worth the distance travelled so they got our custom each day. We did miss that huge log fire in the SoG Hotel though.

That looks like a pretty dreich day on what is an otherwise fine hill with grand views. It does seem like the SoG Hotel is bucking the current economic trends if they can afford to willingly allow custom to wander off down the road to the competition!

It's a fine little Munro, Tm. It looks like you had an interesting day there. And the SoG Hotel? It was certainly an experience staying there last summer.