A nice way to start the New Year I thought and surely no-one else daft enough to get up and out early on New Years Day? Wrong. At 9.30 after I'd been going an hour i.e. 2 hours off the summit (for me) a couple of guys were coming down and must have seen the daybreak from the top. Respect!

Just decided to do the tourist track, but given the freezing weather it could have been used as an Olympic bob-sleigh run. So - crampons on almost from the start. Am no expert but I don't see how you could do this hill without them in these conditions but a few people were managing. Saw one enterprising pair with one single crampon each! There wasn't loads of snow, but what was there on the path was compacted and very slippery.

Not much of interest to report; was windy at the top (quelle surprise) but less icy. Reasonable views all round.

Sorry for the less than great pictures - mobile phone ones.

The moon over Loch Lomond 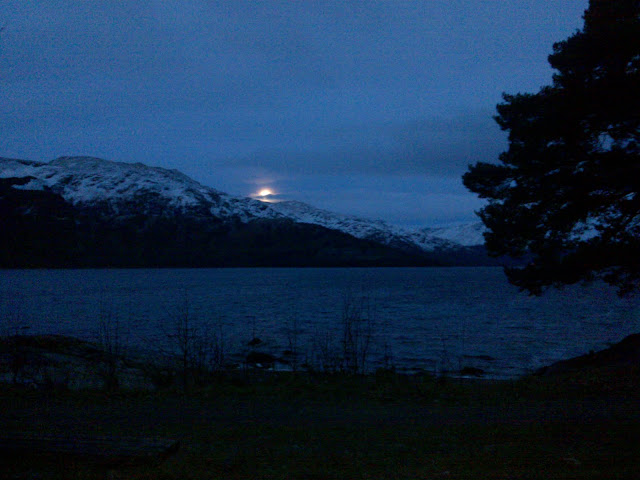 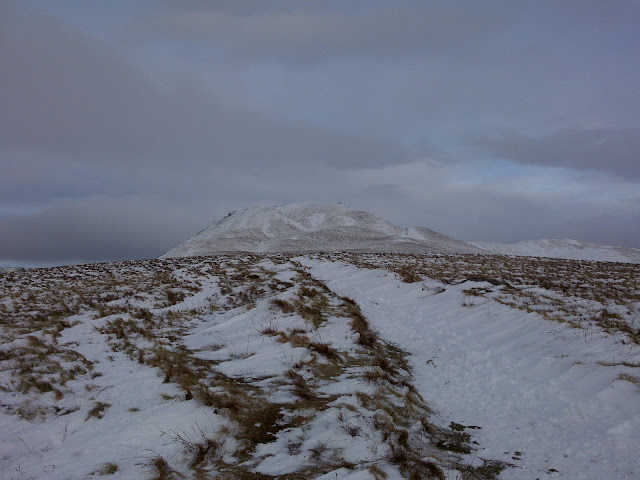 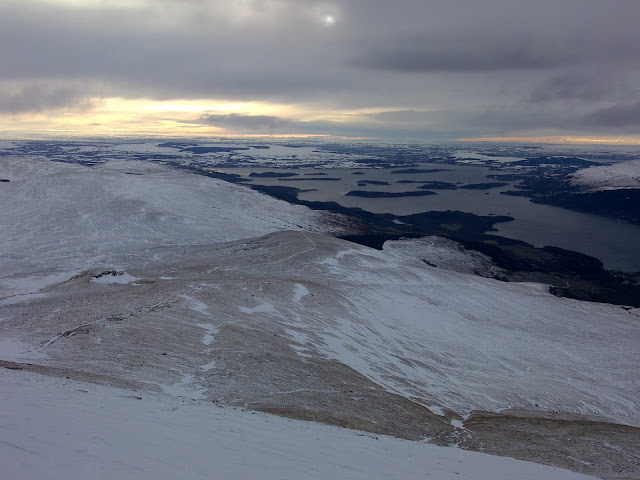 Towards top from same point 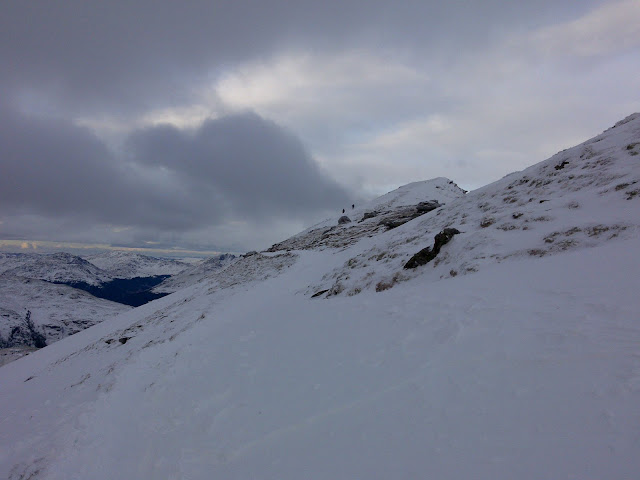 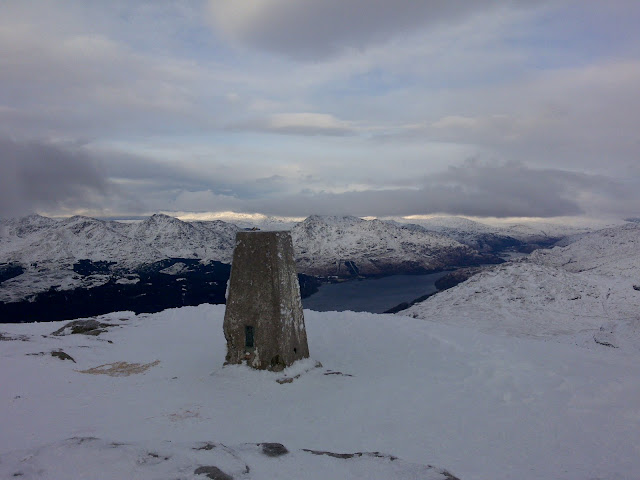 From just below summit 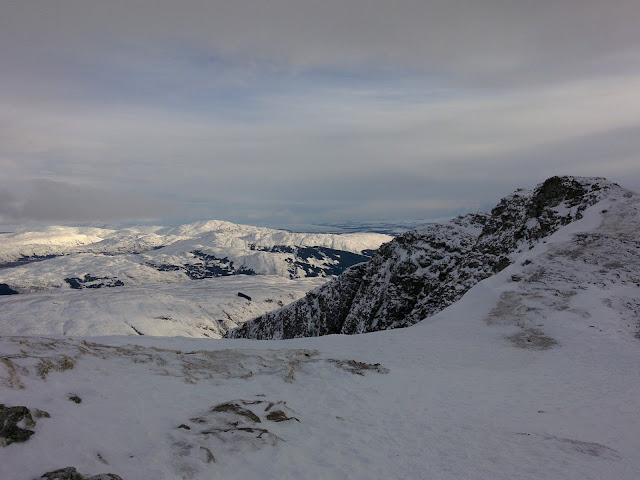 Glad your cold cleared ikt68, and that you got out on the hills again.

I was on the top of Ben Lomond just before Xmas this year and I love the views from there..some of the best in the area .. IMO far better than from the top of the Arrochar alps

Like you..I have stood twice on its summit in years gone past on New years day..its a great way to start the year. Thanks for the photos and the memories

Was on Lomond recently. What a great hill in a great situation. Glad you had a good time. I was the guy waving frantically on Beinn Narnain. Nothing wrong, just full of the joys!

Was on Ben Lomond today (Saturday), not quite so clear as when you did it!!

Mobile phone or no - they're great photos!