Plan B, Sunday
After Saturday’s walk it was off to YHA Wastwater via Screes Inn for a deserved pint of Robinson’s best and a packet of crisps. Consuming said fare wasted enough time to arrive at YHA Wastwater just as Reception opened at 5pm.
A friendly welcome, use of the member’s kitchen and a couple of bottles of Jennings Cumberland Ale later, I retired to my pit and had a good nights kip; no snorers, Thank God! (I would have had to kill them!).
Rising at 7am, this was the plan.

our_route.gpx Open full screen  NB: Walkhighlands is not responsible for the accuracy of gpx files in users posts
I left at 9am and found my way to the path to Greendale and the way up Middle Fell. 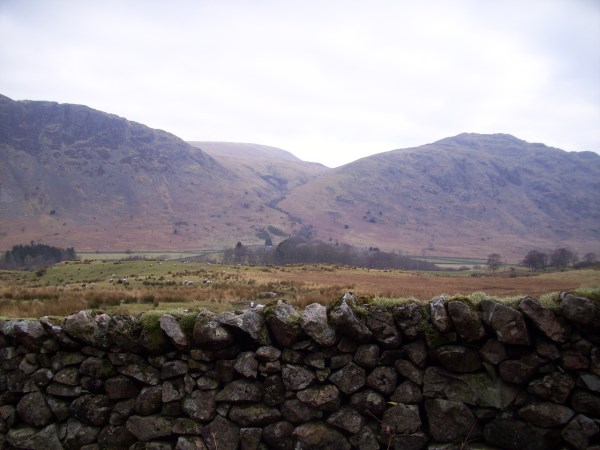 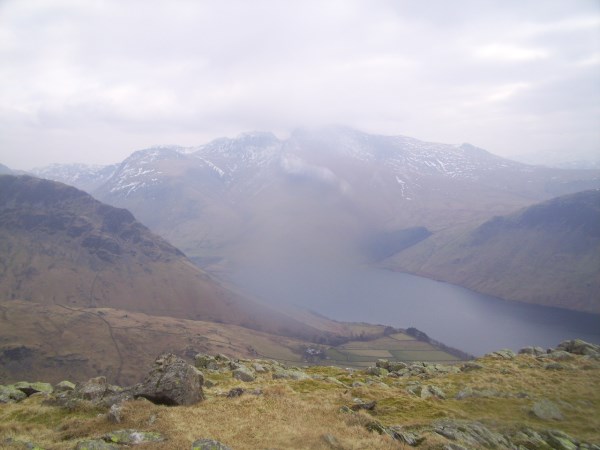 I’d been warned the night before that Middle Fell went on forever and so it proved, but nevertheless it felt like a ‘good hill’ and sitting on the summit with views to the Scafell range only added to that feeling.
After a quick brew and caramel wafer (Yes, it was spoil Dave day!) I checked the map and set off northwardish (it’s a technical navigation term.

) for the wonderfully named Pots of Ashness and Haycock in the distance. 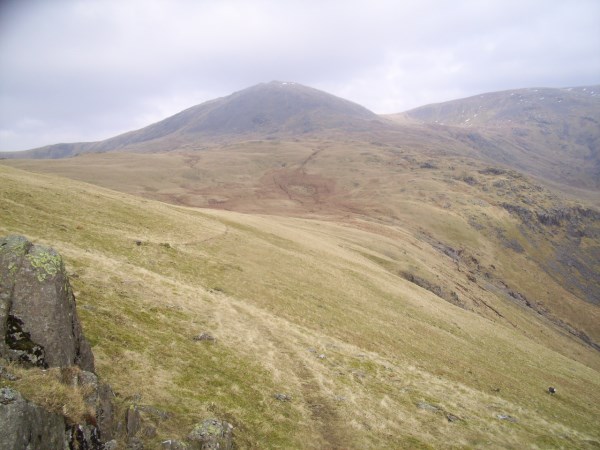 Most of the ground was frozen, which made for good walking and rapid progress, the weather remained superb, no wind and good visibility. I could feel the frozenness as my poles went thunk! instead of splash! Except of course at the Pots of Ashness which according to Bob, the Warden at YHA Wastwater was ‘permanently wet’, he was right, but it didn’t slow me down too much as Haycock beckoned.
The sun came out and on stopping for a rest and course check (I was still in ‘Navigation mode’) I breathed the fresh Lakeland air and revelled in the total absence of noise and people! The sense of emptiness and peace was immense.
Haycock was the next challenge 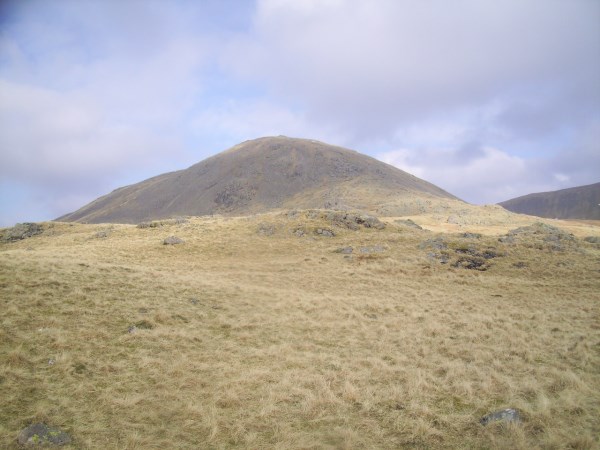 Haycock Route to the right of ridge

My route took me up the ridge and round to the right, whilst steep it provided some easy scrambling and an enjoyable route to the summit despite the puffing and panting.
The summit was chilly, but clear and I met the first fellow walkers of the day some three and a half hours after leaving the YH. 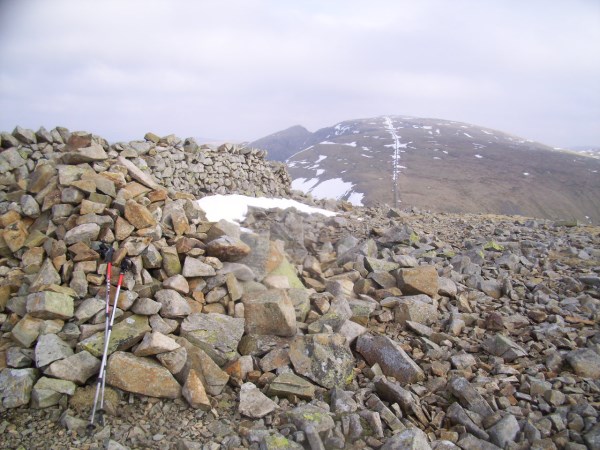 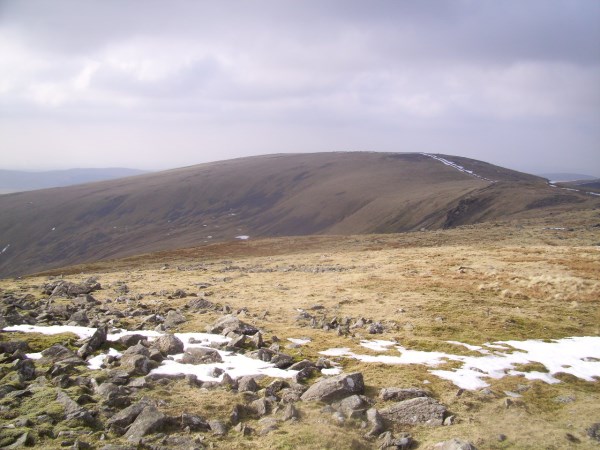 The Ennerdale Wall to Caw fell

He was the last person I saw until descending Seatallan.
The walk to Caw Fell was uneventful and quite quick, following the ‘Ennerdale Wall’ and over an obvious stile to the summit. 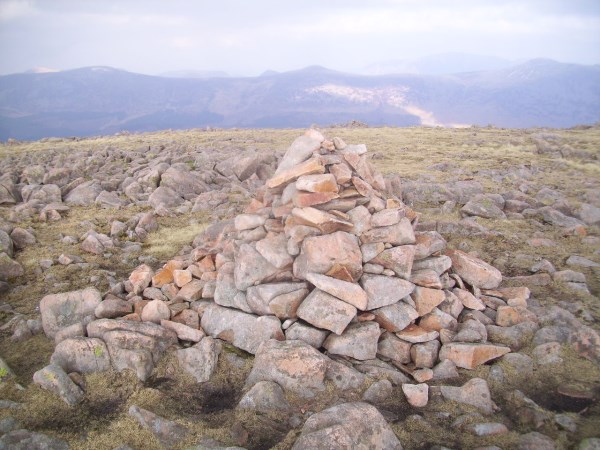 On the way to Caw Fell I was planning the way back to Seatallan, which involved a bit of ‘off piste’ contouring, back to the Pots of Ashness direction and eventually to the path up Seatallan 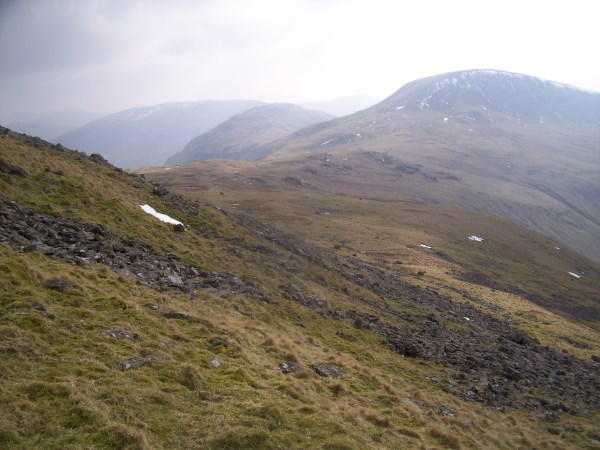 Seatallan and the Pots of Ashness from Haycock

The weather was kind and I managed the contouring without too much difficulty but as I was congratulating myself on excellent route choice I notice something yellow on the ground. 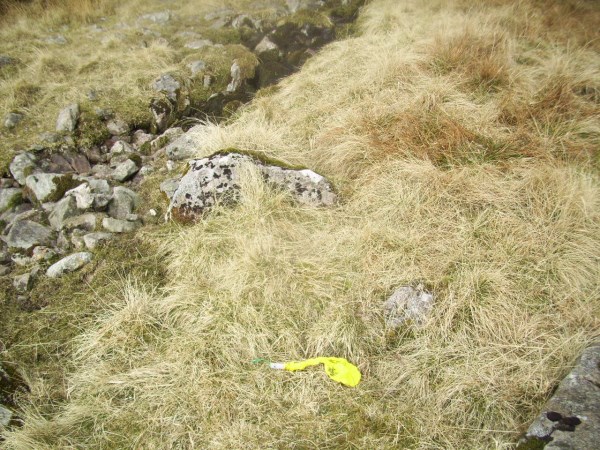 Some poor waif in Whitehaven or Workington must have cried buckets when their precious McDonalds ‘Happy Meal’ balloon took off for pastures new and landed in the middle of nowhere. As a contributor to litter its no wonder McDonalds come top, brown bags by the roadside are bad enough, but balloons on the Fells?? (I picked the offending item up and, rant over, set off for Seatallan. 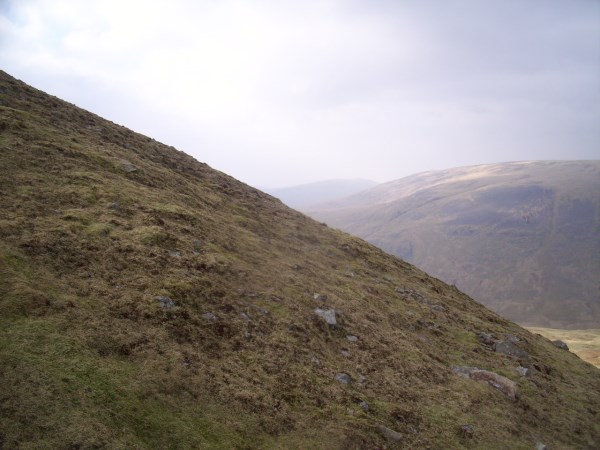 The summit eventually appeared and sitting down was a pleasant experience, the Ravens looked on expectantly as I munched the last of my butties (Cheese and Mango Chutney, it’s an acquired taste!) 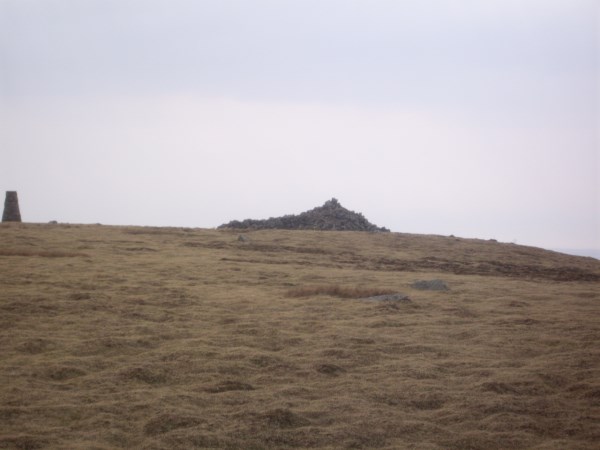 I threw them a few crumbs, swallowed the last of my coffee and set off for Buckbarrow via Glade How. There was a Mountain Leader Training Course just starting at the YHA that morning and guess who was wandering around the vast brown expanse of the lower slopes of Seatallan? Micro navigation no less! 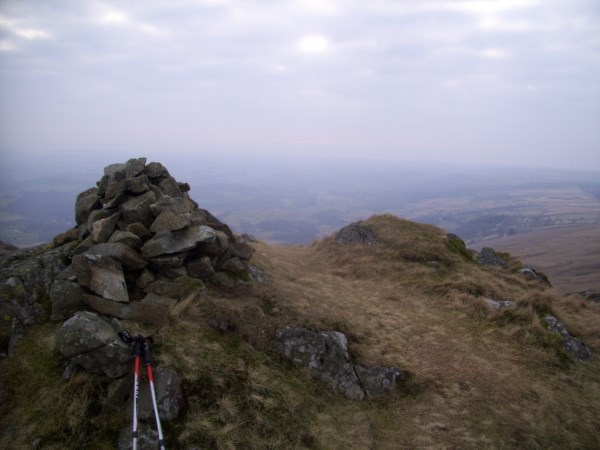 Buckbarrow gave good views of the Scafells and in mist would prove a challenge to find, but my beer compass was twitching so it was off downhill to meet the road back to Greendale and the welcoming bar of YHA. 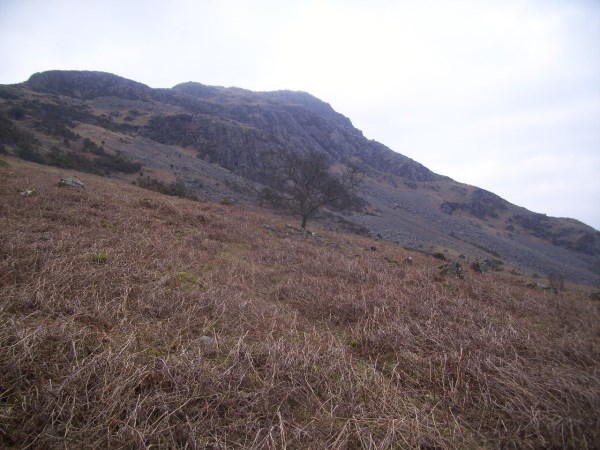 Five Wainwrights done and a surprisingly empty wilderness walk in the Western Fells. I couldn’t help comparing the lack of people here to the throngs who were doubtless climbing Scafell Pike and Helvellyn on a day of fine views and calm weather. Wouldn’t have swapped for the world. Joy!! and a big silly grin.

Great report and some Lovely pics, nearly there

Can I have my balloon back please?

Nearly there now Dave. Excellent report from one of my favourite parts of the Lakes where you can escape from most of the hoardes and find solitude and peace.

Good walk that one, also a great youth hostel that one. I was the Table Tennis champ in the cellar there. Which Wainwright are you saving for last?

A good walk, Dave. Nice to see you balanced the picture of the McDonald's balloon against none of Sellafield.

Simo wrote: Which Wainwright are you saving for last?

Have you decided yet? I finished with the Wastwater Screes pair. Do you have a celebration planned?

simon-b wrote:Have you decided yet? I finished with the Wastwater Screes pair. Do you have a celebration planned?

Well done, Dave, an excellent walk and loved the photos

DaveB1 wrote:As a contributor to litter its no wonder McDonalds come top, brown bags by the roadside are bad enough, but balloons on the Fells?? (I picked the offending item up and, rant over, set off for Seatallan

Dave, have a read of Marilyn Munro's report for Ben A'an re. litter

Great report as always Dave, as a recovering sickie I envy you wandering about in the hills with functioning lungs and stuff