Met office weather reports for this weekend indicated a summit temperature of -5°C with 40mph winds giving a wind chill of -25°C, as it was an unexpected weekend off I decided to head across to Arran.
My initial plans were to climb Caisteal Abhail via 'Sail an Im' but decided on Goat Fell due to the ferry times (No early ferry on a Sunday to get a head start) 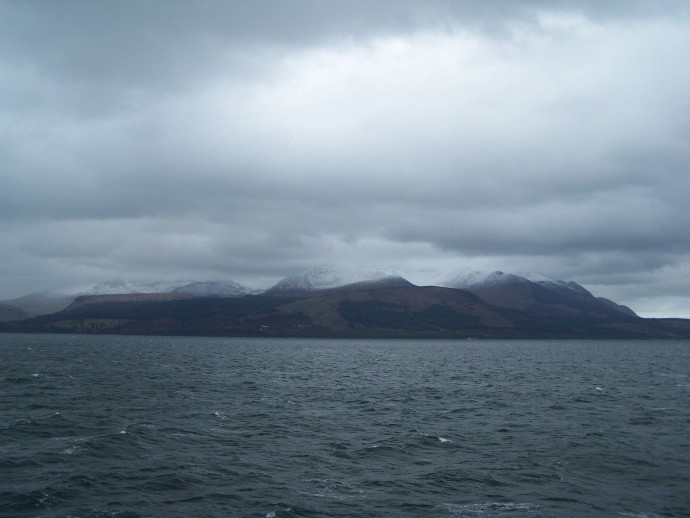 First proper assessment of the hills

Pretty soon it became apparent that the weather was worsening higher up, so thought that I'd head up as far as the snow line before making any decisions whether to progress to the summit, it was my 10th assent of Goat Fell in 2 years so felt confident that I could still navigate even in whiteout conditions. 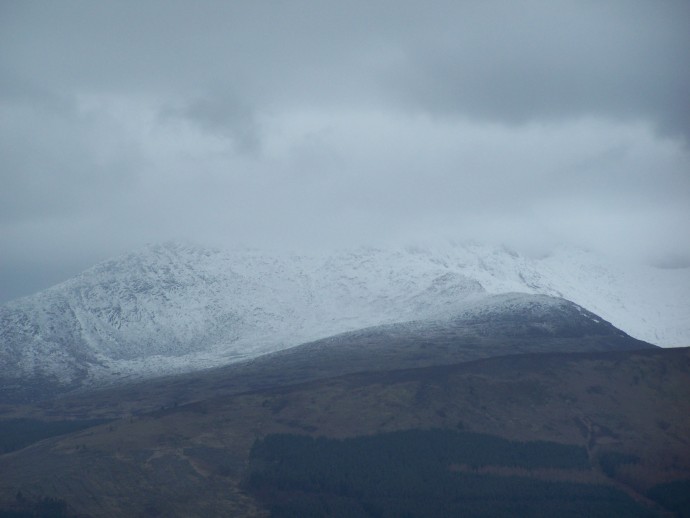 Close up of extent of snow

Once off the ferry, myself and about half a dozen other walkers caught the bus and got off at Corrie, this is one of my favoured routes up the mountain as it gives a fairly consistent rate of assent all the way up, with the advantage that you gain altitude pretty quickly, within half an hour I'd made it to the deer fence and my first proper view of upper Glen Corrie 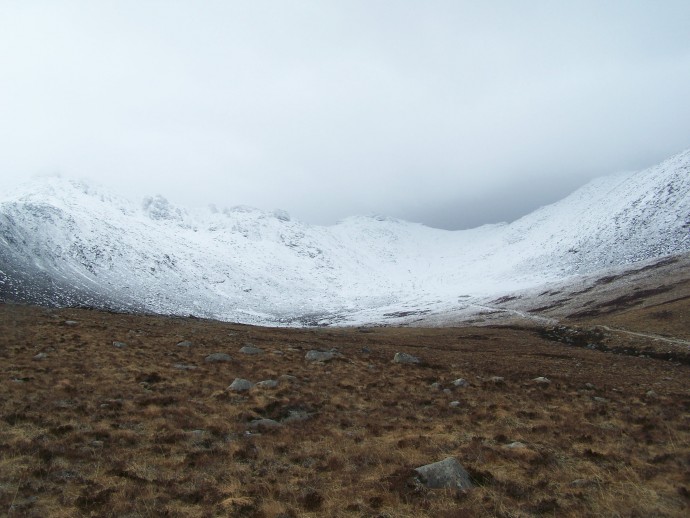 I soon made it into the snow line and made an assessment of the conditions, winds were strong and the temperature had decreased substantially with altitude, the cloud base was fluctuating but the snow had stopped. 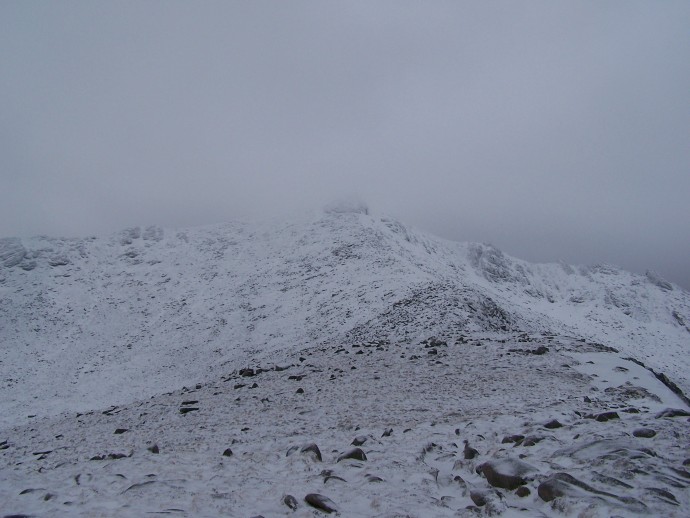 As I live in Ardrossan and look out onto the Goat Fell everyday I was aware that there was hard compact snow beneath the fresh snow and that this was to be avoided where possible, a 100ft fall down the snow in December had made me very cautious (successfully arrested). 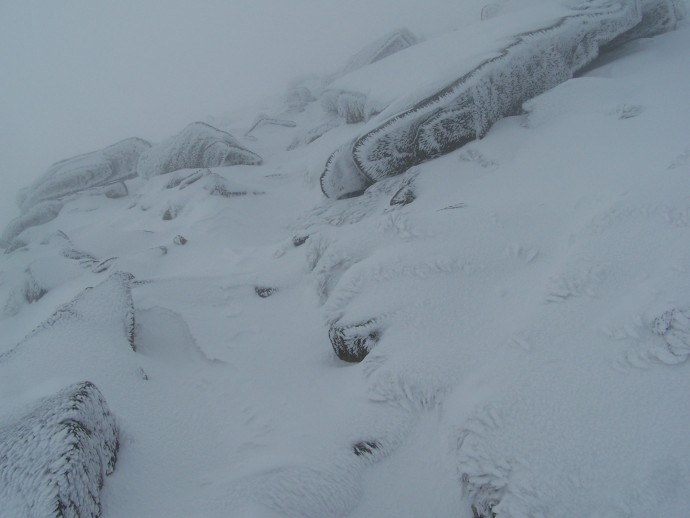 I'm always conscious of my 'tumble distance' if I trip or fall so decided to play it safe and climb up though the boulders rather that attempt to follow the path, as I was the first up the mountain that day and the snow was recent there were no footprints to follow, the effect of the high winds and snow had a beautiful effect on everything it came into contact with. 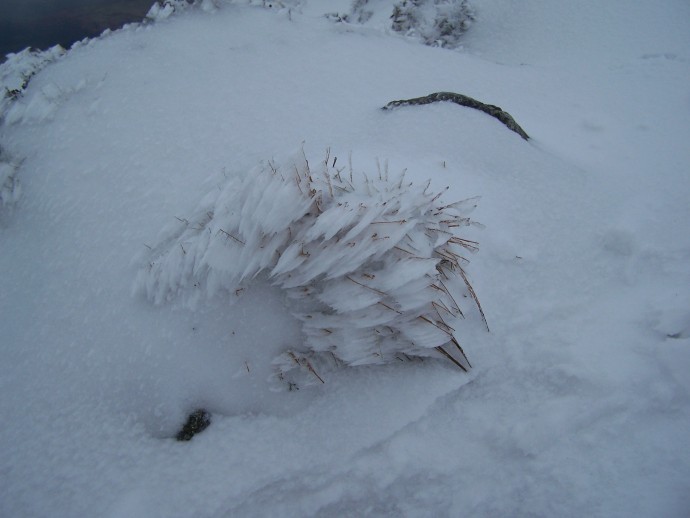 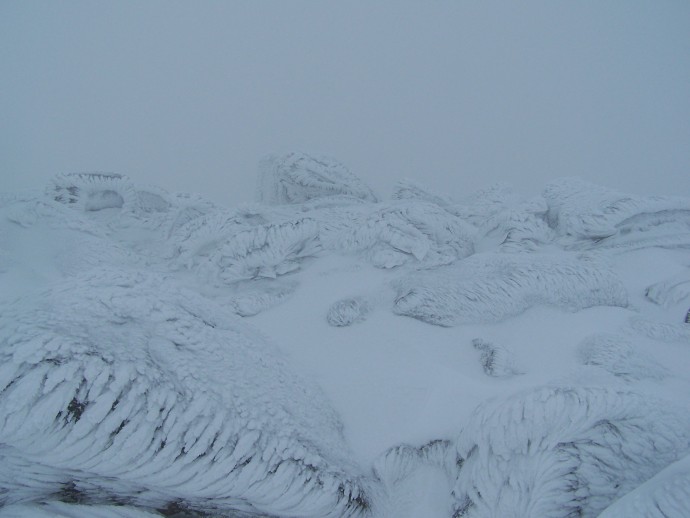 Just below the summit 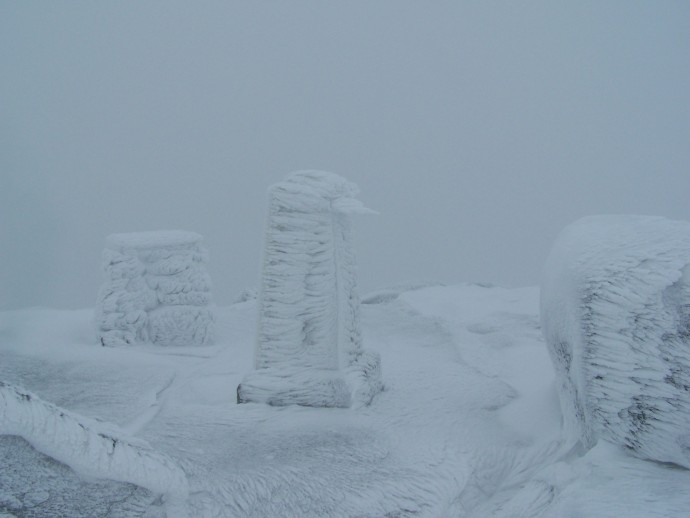 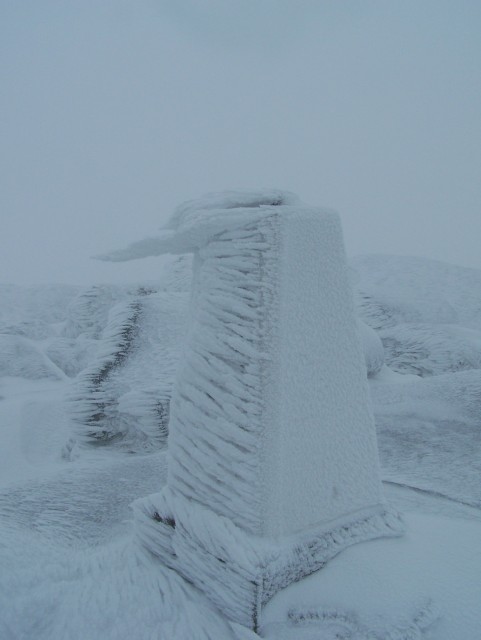 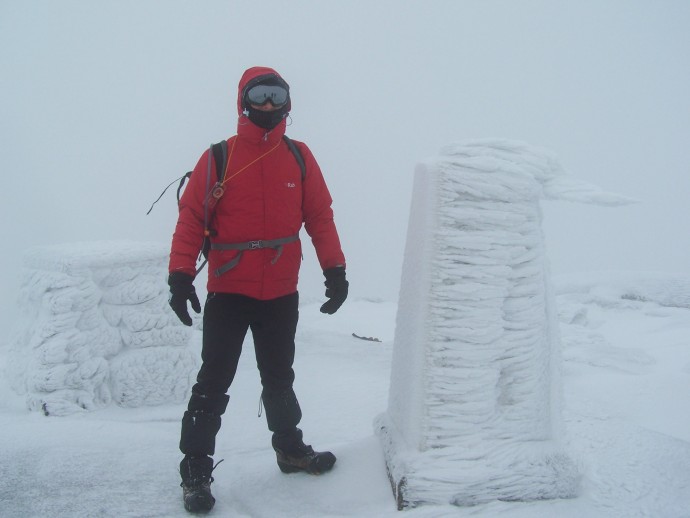 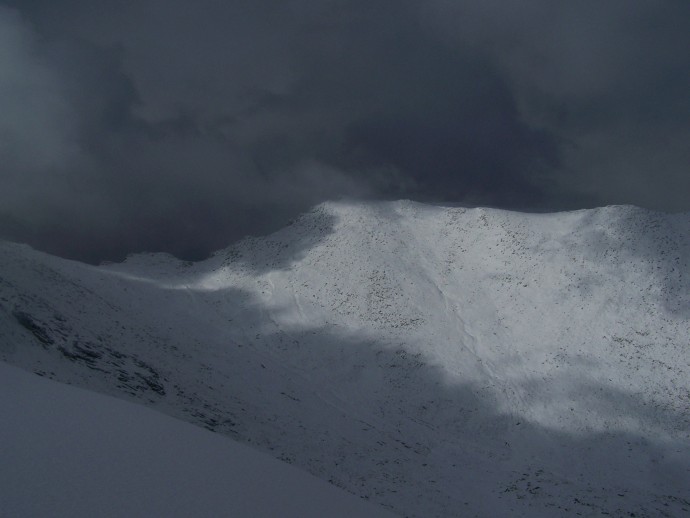 Finally the weather cleared and the views opened up 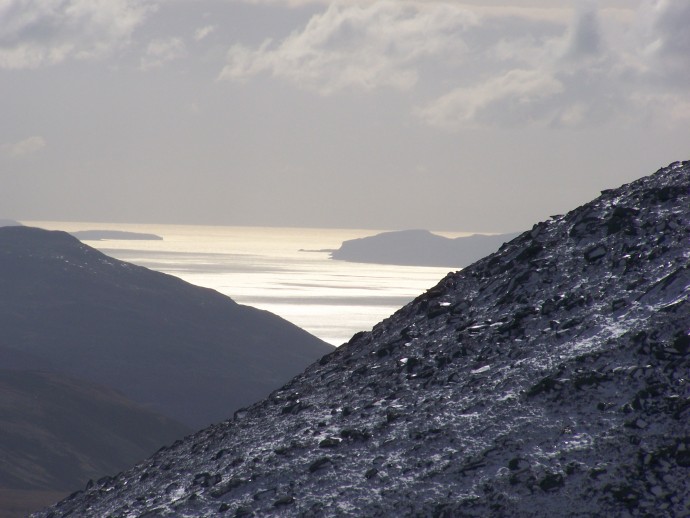 Mull of Kintyre and Sanda Island

I made it back to the pier in plenty of time and caught the 16:40 ferry back home enjoying the customary fish and chips and Arran blonde from the on-board cafe, all in all it was a satisfying day and whilst Goat Fell isn't a Munro, its still a pretty demanding mountain, not one to be tackled lightly when the weather turns. #scotwinter

Looks like a great day out. I fancy getting myself on to Arran quite soon so I was wondering if the bus service is quite regular? I've had a look on Google Earth and I would probably walk from the ferry port but the bus might make it a bit easier

Buses on Arran are fantastic and usually connect with the ferries. The timetables are on a handy pdf guide available at:

For Goatfell by the popular path from the brewery, it's a nice walk round the bay from the ferry terminal (Fisherman's walk) and not much additional time.

It's been a long ,long time since I Iast climbed Goat Fell (via Cioch na h'Oighe and Mullach Buidhe if I remember correctly). Got a glimpse from Campsies on Monday and that combined with your report has whettted my appetite for a return sometime soon. I believe the Corrie Hotel is recommended as a place to stay for walkers these days. Anyone got any thoughts on that? I can't seem to find a website for it anywhere).
Allan

I just climbed Goatfell at the weekend - slightly better weather than you had! Just wanted to say I thought your summit photos were fantastic....I'll probably be too feart to see the summit in those conditions