Having lived in front of Beinn Ghoblach since I was 11, but never having made it to the summit, when home for Christmas in 2011 I decided that after 11 years, it was finally time to climb it and lose my mountaineering virginity! My dad had climbed it wearing wellies but I decided my sturdy trainers would be more comfortable (yes my feet were soaked by the time I got home). It wasn't a bad day, I had planned to go on boxing day to work off Christmas dinner but it was very windy so I held off for the 27th. My mum and dad made me take a compass and a map just in case, only I forgot to pick them up off the kitchen table

such a rookie! I took the dog with me though so I was confidentish she could guide me back down! About 5 minutes into the ascent: The first part was definitely the hardest as I literally went straight up the hill which was very steep. The only plus point was that it wasn't boggy at this point! The first glimpse of the peaks: When I reached the first plateau I finally got some good views. The scree near the top: 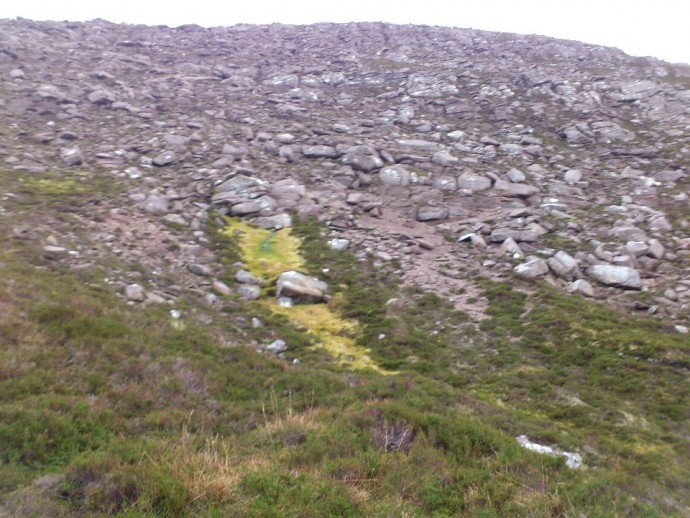 I took the straight up route to the summit, yet again such a rookie! Then realised the easier way... But finally reached the top! 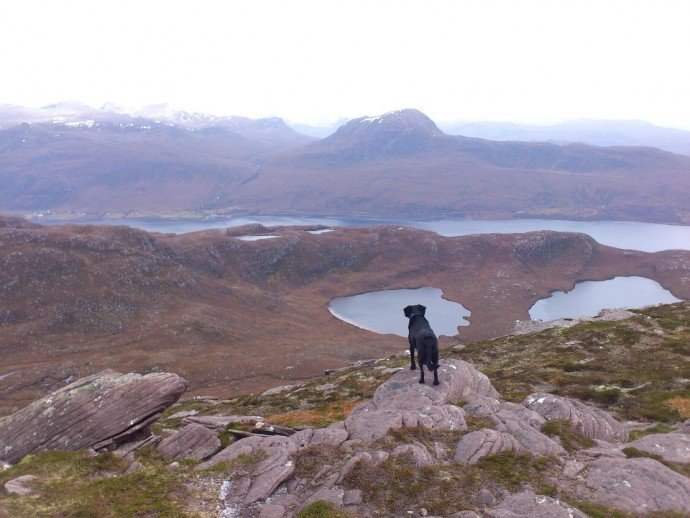 I walked along the ridge which gave me a good view of the Scoraig peninsular: Made it back down unscathed, although lesson learnt about appropriate clothing, had the top half right but just jeans (comfy but too cold), trainers and gaiters weren't enough! Christmas dinner was well and truly burnt off

The route I took:

That looks an interesting wee hill with lots of nice views from the summit, hope you enjoyed your day, and by now no doubt you have climbed a few more mountains. I look forward to seeing some more of your trip reports.

What a fine hill to be your first, well done on climbing it.

Well done on your hill, like the photo of peninsula

That looks like a cracking hill, my friends are moving to Stornoway in the summer... might just pack my boots for the house warming party!

I love the picture of the dog. Master of all he sees

Fudgie wrote:I love the picture of the dog. Master of all he sees

Queen of all she sees

ScottishLeaf wrote:That looks like a cracking hill, my friends are moving to Stornoway in the summer... might just pack my boots for the house warming party!

If you're getting the Ullapool ferry you should definitely stop off there for a few nights! More to climb than on the Isle of Lewis!