A very snowy day, but with none falling and patchy blue skies, this looked like it was going to be a lovely walk. And it was, but my hopes to carry on to Blackhope Scar along the ridge dissolved fairly quickly as it was slow going with ankle-thigh deep snow, none of which was quite frozen enough to support my weight. Oh to be a mountain hare skipping along the surface...mind you, this is a grouse moor so I suspect the farmer thinks hares are his enemies: nasty tick infested things.

But having parked by the B709 I was soon getting lovely views. 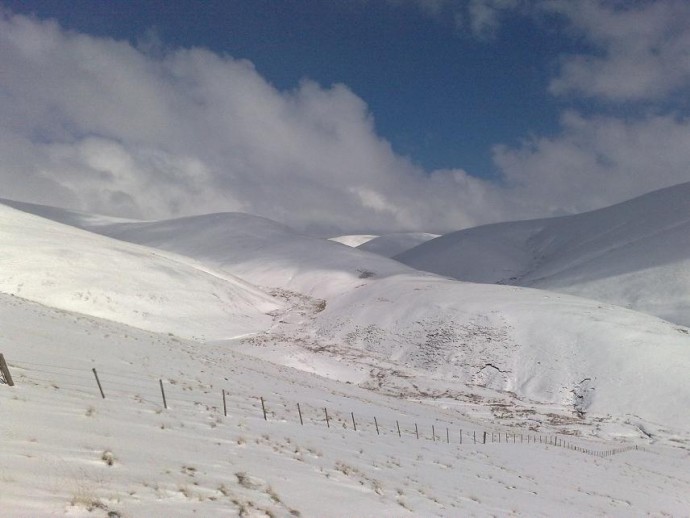 Looking N to Burntshell Rig and beyond 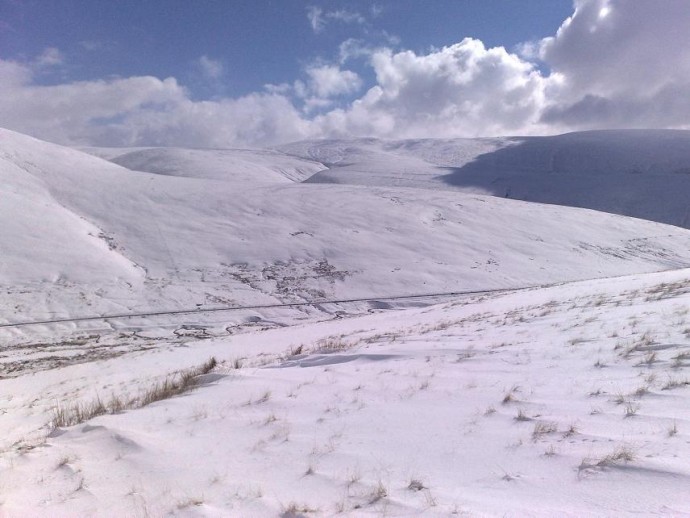 The snow did start to have a frozen crust towards the top, but only rarely so that it could support me so it was a foot deep slog to the top. A good slog. 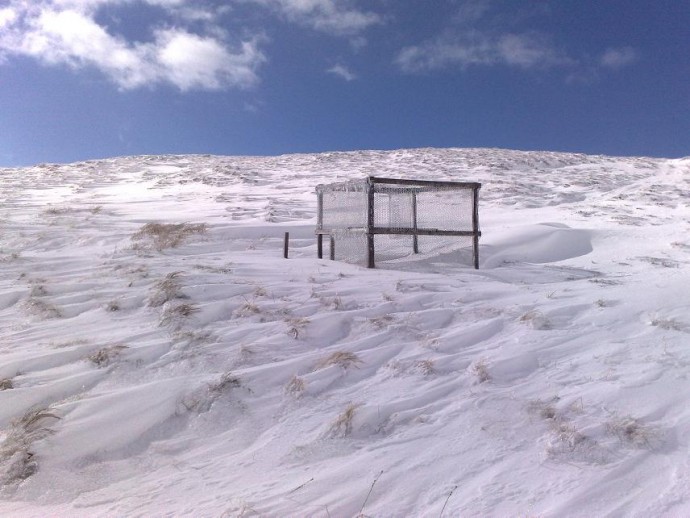 A disused trap on Earnhope Slack

The wind picked up heading for the top bringing a light drifting of snow and chilling my face to the point of balaclava-neediness for the first time this winter. 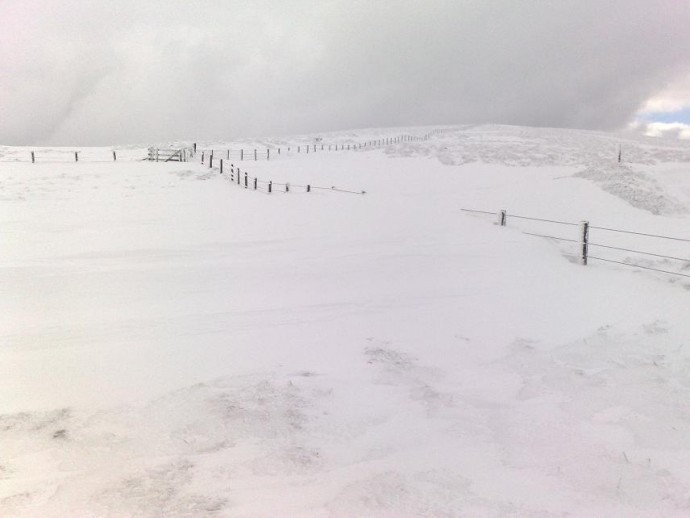 Nearing the summit from the N

The top reached, photos were taken and second layer of gloves applied. The hills of last week seen from the summit - Dun Rig, Glenrath Heights and Stob Law with Dollar Law on the right. 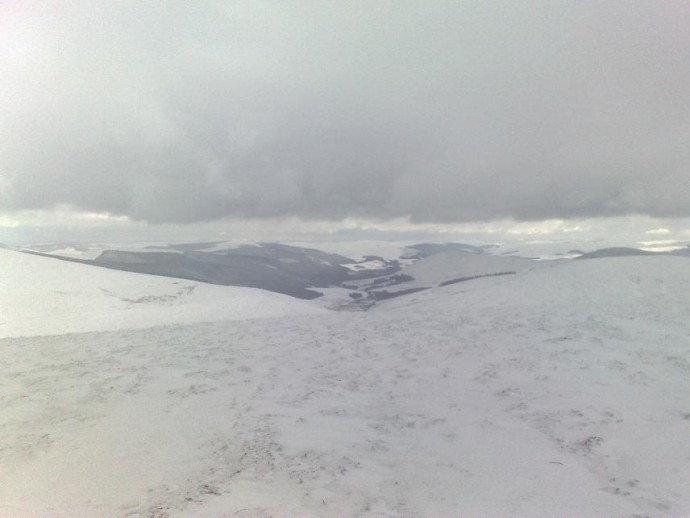 I headed off to do some of the ridge towards Blackhope Scar getting as far as the 607m lump. 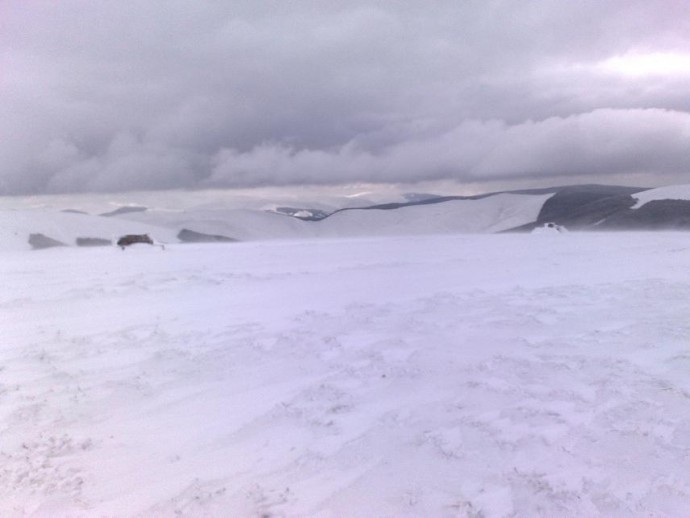 A little further on I decided that there was little point in tramping along the ridge much further so decided to descend by about the steepest slope around. Which was fun. I restrained my urge to sledge... And back to the car, meeting a hard working shepherd on the way, struggling to feed his sheep. Even his dogs looked like they would prefer to be indoors.

Another Donald climbed, again on a slightly shorter route than I'd hoped. I daresay the bogs would put you off getting all the way to Blackhope Scar in the summer, but I will do that all one day. Perhaps traverse all the Moorfoot Donalds in one go...?

Goodness, wonder what this hill will look like after the promised huge dump of snow tomorrow, bad enough now eh. Often looked at this hill as a winter pick, but not sure how good the road would be, was it gritted?

That sounds like hard going! would not fancy being up there in a whiteout though.

The road was completely clear - ploughed and gritted and no ice. As I was heading back to Edinburgh there was the odd patch of windblown snow creeping onto the side of the road. A further freeze might make that nasty, but it was fine yesterday.

Nice timely report, hoping to do Whitehope and Windlestraw Law tomorrow and good to hear it does (at some point) get gritted. Keeping an eagle eye on the snow forecast though.
You had some not bad weather at points, looks like white cloud and blue sky in some

. Hopefully the snow will have frozen enough to support my weight whenever I do make it

Nice one, still got this one to do which will be handy when i want a nice short day. Cheers