I recently purchased Stuart Marshall's Walking The Wainwrights and with snow and ice hanging on to the higher fells, and my need to clear up some of the smaller fells in the vicinity of Whinlatter I decide to do the Lorton and Wythop Round from the book. Mr Marshall warns that despite this walk only being 9 miles, the fells involve a considerable amount of ascent giving their separation from each other.

We set off from Whinlatter Pass at 8am, and using a combination of the PG guide and Stuart Marshall's book, we found the start of the route, just off the Spout Force car park. The weather was cold, but hazy sunshine and it generally warm at sea-level and cold on the summits.

Rather oddly, this walk starts with a descent, so as if Graystones wasn't going to be steep enough, we conceded another 100ft or so before crossing Aiken Beck (IIRC) to the foot of the fell. The ascent of Graystones starts very steeply a little away from the wall that accompanies you all the way to the top. You almost enter the old quarry, before veering right and following the path steeply up Graystones. The ascent was very steep in places, and very very steep in others. Going was a little slow for me as the gradient was causing me a little bit of cramp in the calf muscles. Eventually, the small rock step (avoidable) was reached just before the summit and we had a well earned rest on the rocks before climbing the last few feet to the multiple summits of Graystones. We climbed to the highest point, then dropped down and back up to the cairned Wainwright summit (I think I have these the right way round).

It was at this point I realised that despite this being a modest set of fells, there was going to be a lot of ascent and even more walking.

The route across the boggy expanse of Wythop Moss is not exactly obvious and we followed something of a zig zag course, before eventually following a some kind of vehicle track to Bladder Keld and then up the equally steep Ling Fell.

These fells are marked by their isolation and steepness and with the day warming slightly this was another energy sapping hike, though thankfully this is one of the smallest Wainwright's. The summit was gained without too much problems and a great view of Cockermouth was the prize for gaining this one. The top features a OS column, but little else, so once the photos were done we headed for Sale Fell.

The path on Ling Fell summit leads in all direction but down, so given the grassy nature of the fell we headed straight down the side of the fell towards the road, and joined the last part of the path off the foot of the fell.

A short road walk then takes you to the foot of Sale Fell past the farm known as Eskin, you turn off just before it is reached. There were lots of cars parked here, so obviously a popular place for starting a walk. We headed once again steeply up the fell side close the wall, the going was steep, but eased somewhat as we turned onto the ridge and headed for the summit. As we got close to the top we were briefly involved in a fell running race involving all manner of people, the back-marker looked about 80. We passed pleasantries and joked with the runners who were all good humour, despite the fact they have just ran up a hill!.

By the time we reached the summit of Sale Fell the runners were gone. Tiredness and hunger had hit me hard a short distance from the summit, so we stopped for our lunch out of the rather bitter breeze and surveyed the final leg of our walk to Broom Fell.

The descent from Broom Fell was simple enough, we followed the path on from the summit, and then turned right before the wall and followed it down to Kelswick and Old Scales, before finding that the route again was not so easy to spot on the ground. We headed off in the wrong direction climbing Bunrthwaite Heights, before cross diagonally to the fence that leads onto Broom fell summit. The start of this route was steep, and the diagonal track not so bad. The route up via the fence was very very steep, and after a winter of sitting on my bum, it took considerable effort to reach the top. Another OS colum and wind shelter and a very fine view were my prize for eventually making it to the top.

Now we had the small matter of getting back to the car. We headed towards Lord's Seat, but didn't ascend as we had climbed it before and I was really struggling with tiredness at this point. A bypass path leads around this, so we took this and joined the gravel paths of Whinlatter Forest. We took the alternative path down to the valley that leads back to Scawgill Bridge. This route is somewhat circuitous, but the alternative cutting involves crossing a boggy section, so we avoided it this day. The path through Whinlatter Forest had some patches of snow and ice, which is the only part of the walk that had any snow. It was a very long walk back to the car after a tough walk, but the day was very enjoyable. Don't underestimate these fells, it's a big day out on some little fells.

Here are some pictures of the day 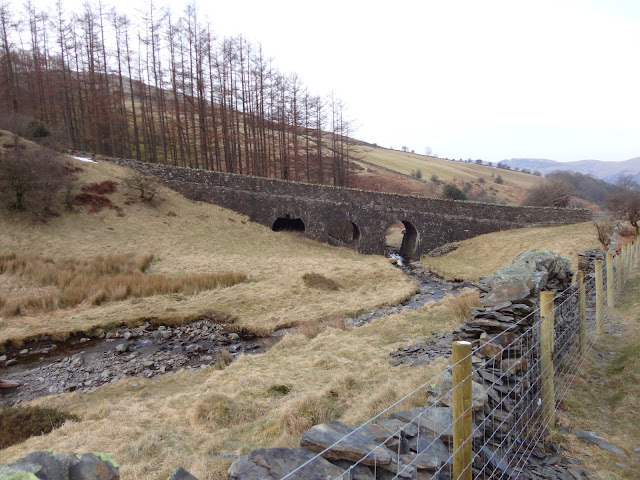 Very steep, looking back from the ascent of Graystones 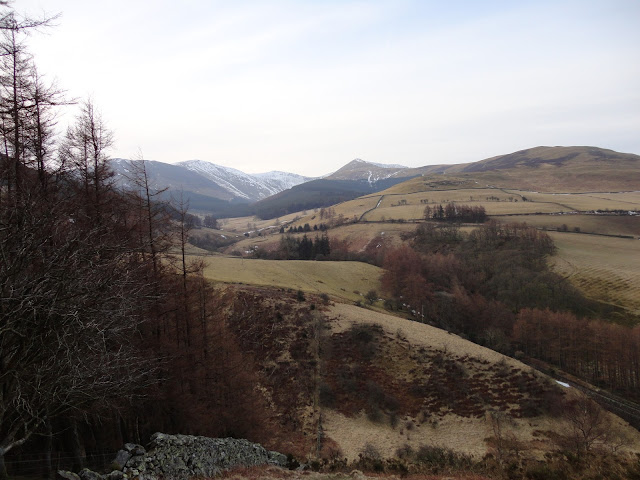 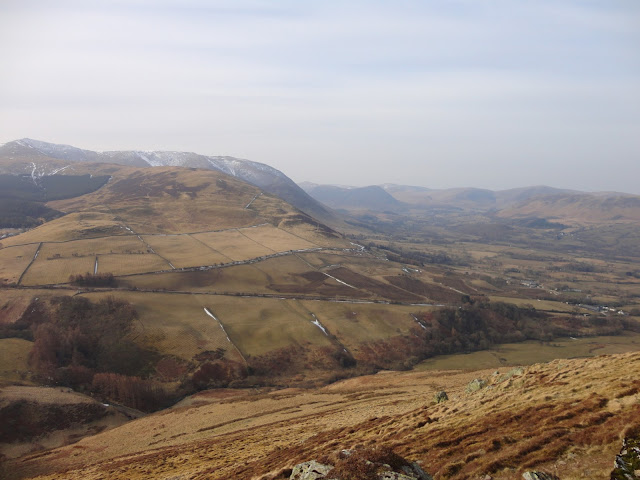 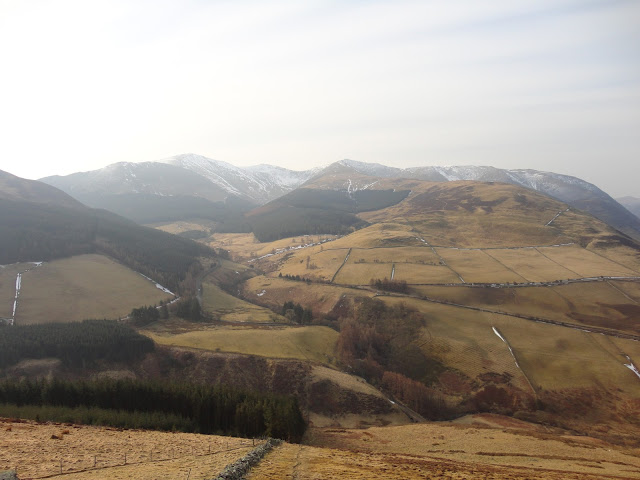 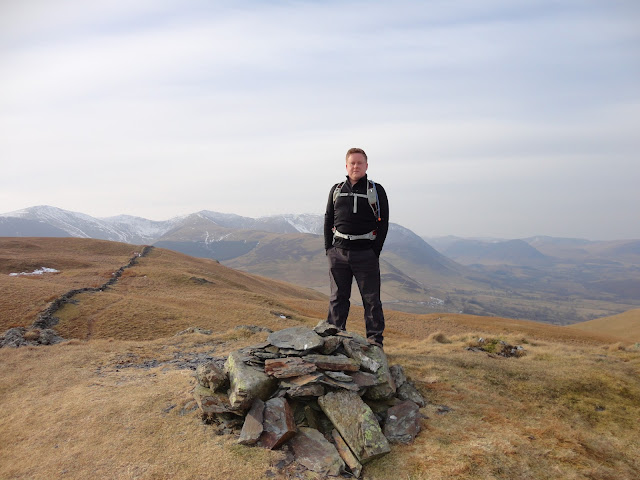 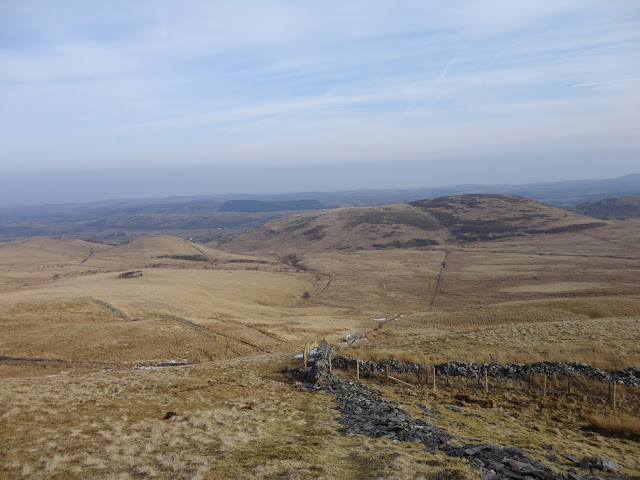 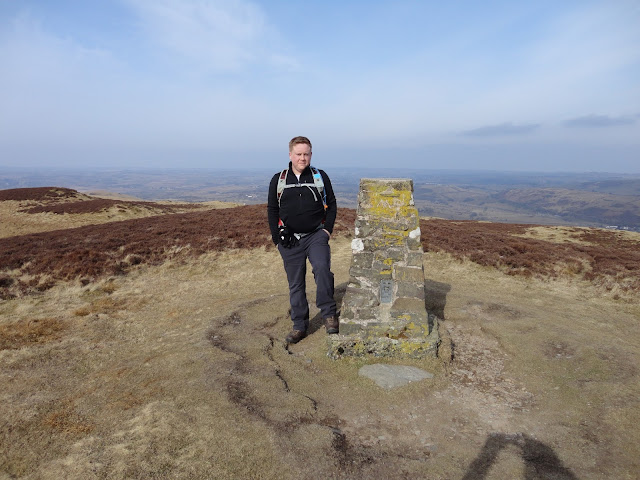 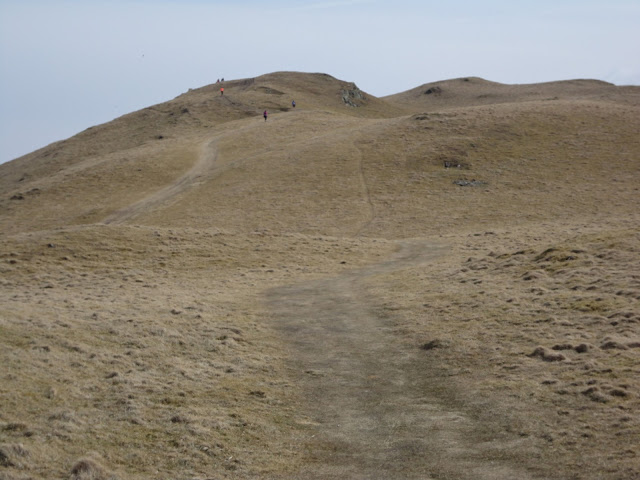 Summit of Sale Fell - Skiddaw behind 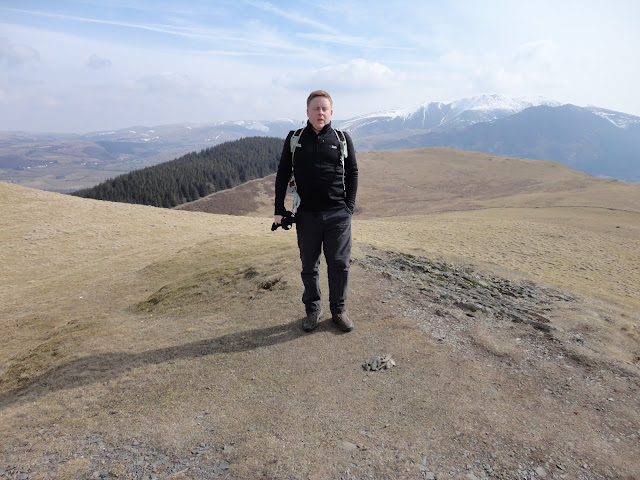 Twin lambs (I presume) on the way to Broom Fell 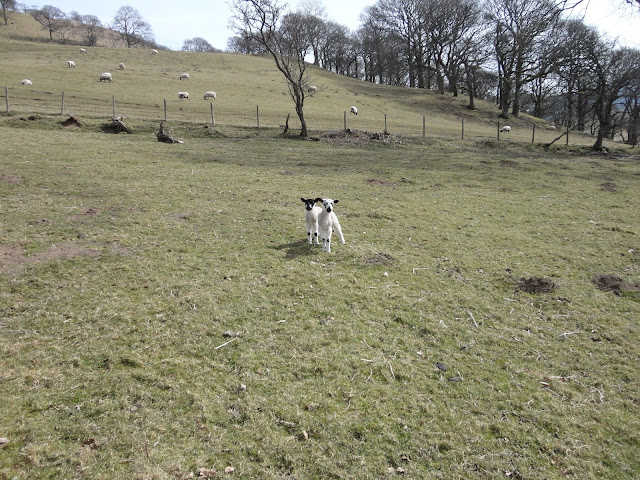 The head of Wythop Valley, with the Skiddaw illusion AW refers to 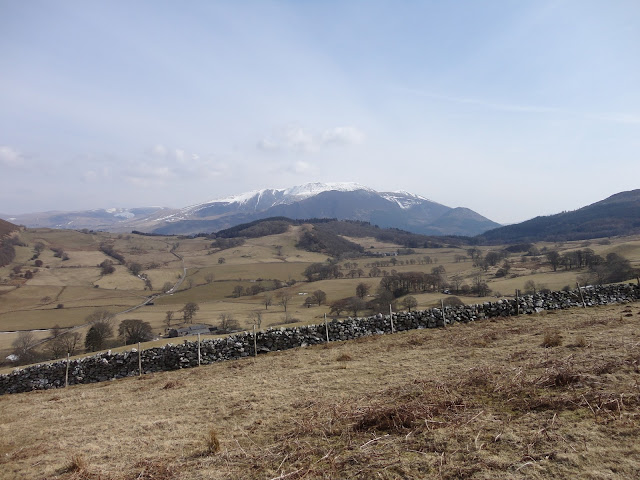 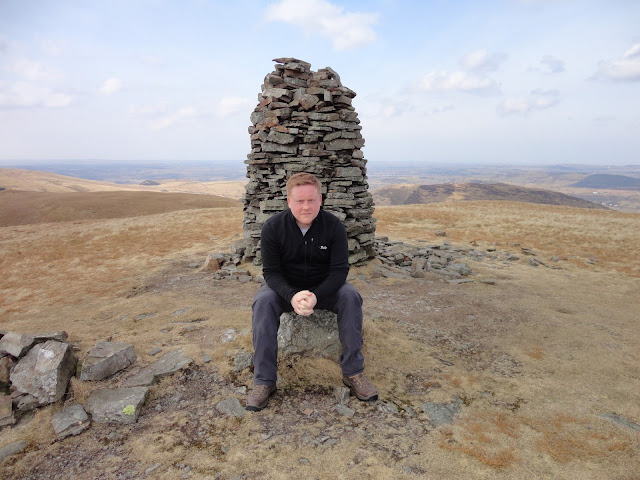 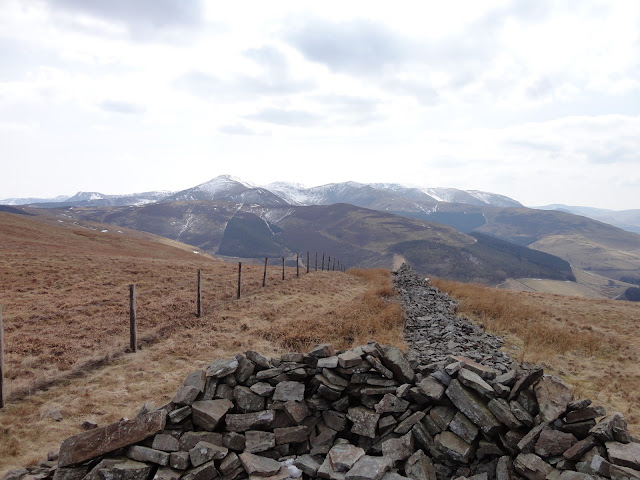 Slightly odd end to the walk on snow. 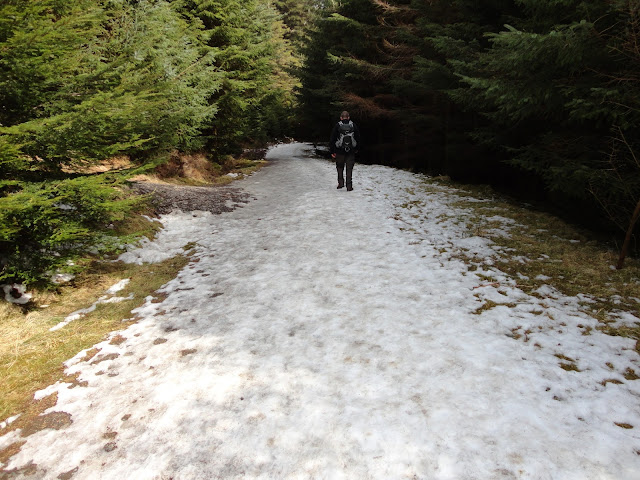 Think I mentioned it.

If Graystones was much steeper it would require ropes

Really enjoyed reading your report and some great views

Pity it was so steep in places