our_route.gpx Open full screen  NB: Walkhighlands is not responsible for the accuracy of gpx files in users posts
This is more of a very big thank you to the guys who trusted us with their very very nice car

Not only did you save us an extra 1,5hr walk I guess we saved you at least half an hour cycle back to your car

and maybe we would, on our way back on the long walk meet one of those cars and maybe thumb a lift back to our car

But these guys did one better, just coming up to the third summit of the day and I had the idea, if we saw anyone coming towards us I would ask them if they liked the idea of trusting us with their car keys so that we could get back to the start of the walk without the long walk at the end of the day? So no sooner had the idea went through my head when we saw these guys approaching that we had seen at the start leaving their bike at our start/car park spot. So I did ask them and after a bit of a chat about SKIMO and the fact that we promised that we would not steal their car we did a key swap and off we went in our opposite directions with each others keys, and to be quite honest well chuffed that the idea worked

because that would save a hell of a walk out at the end of a fairly brisk day out ( because of time restraints and gate closing times etc). So on we went and continued on the walk and sure enough there was the car at the end and bliss a drive back to the start (when we discovered that the car was a push button start and not the usual turn of the key

) so that was that, we got back to the start had some tea and sarnies while we waited and sure enough about 45 mins later they appeared. I guess they were as relieved as we were to see us as we were to see them, many thank yous later we were away on the very pleasant drive back to the gate at the other end of the estate 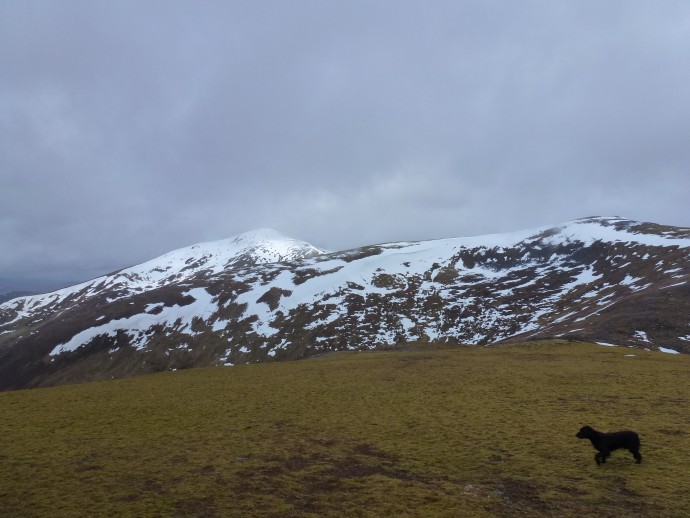 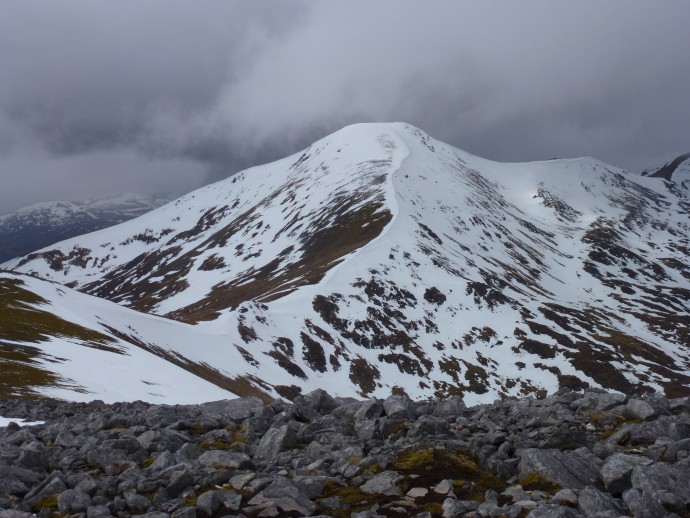 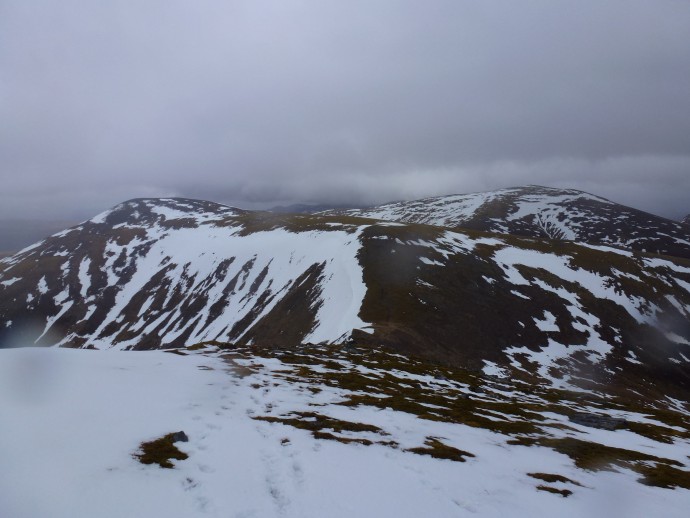 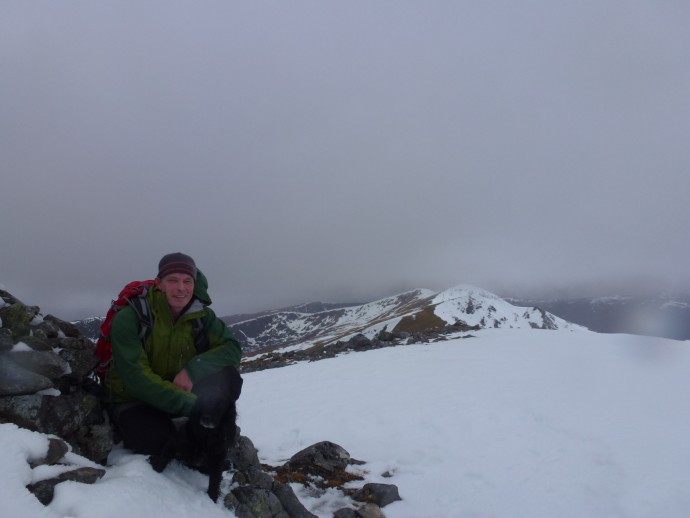 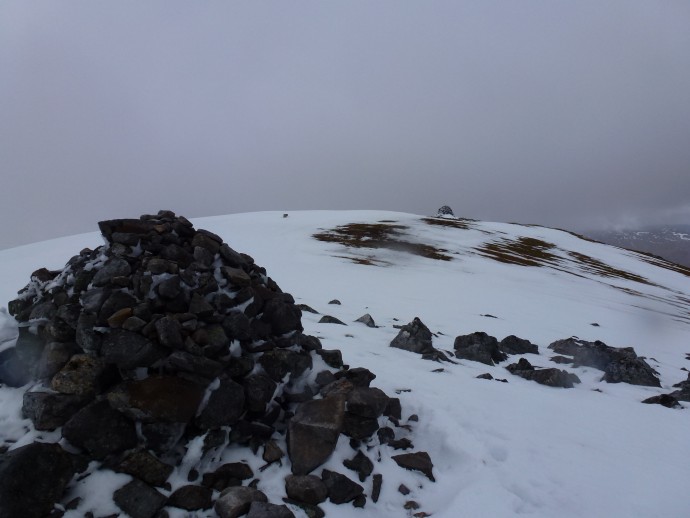 What is the true summit ?? 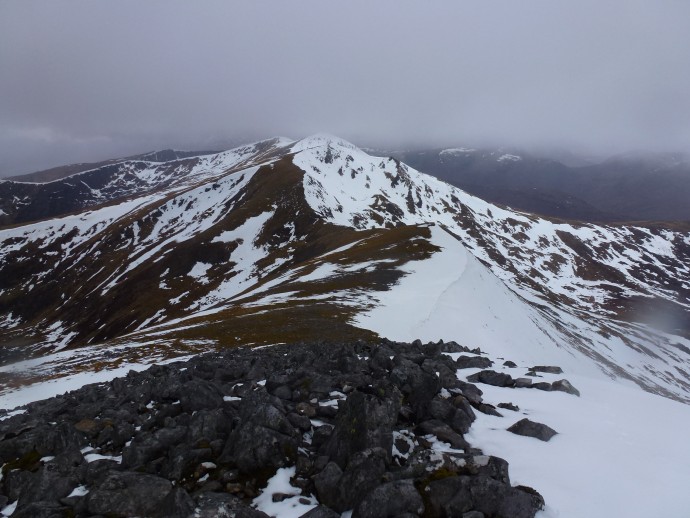 What a view looking west 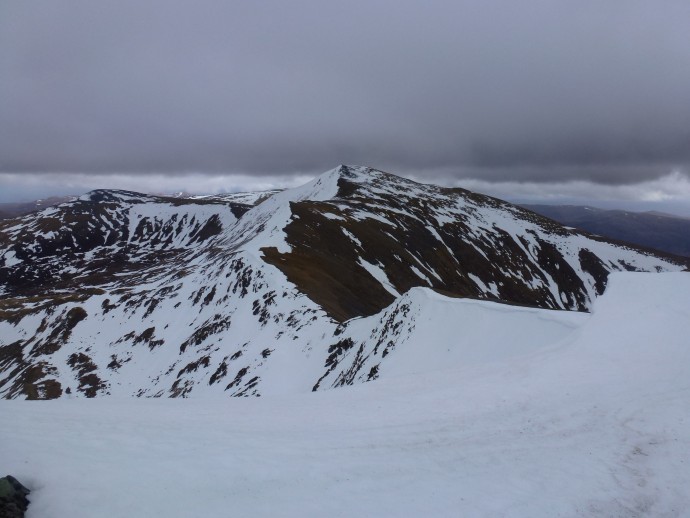 Looking East back to the begining via Sgurr a` Choire Ghlais 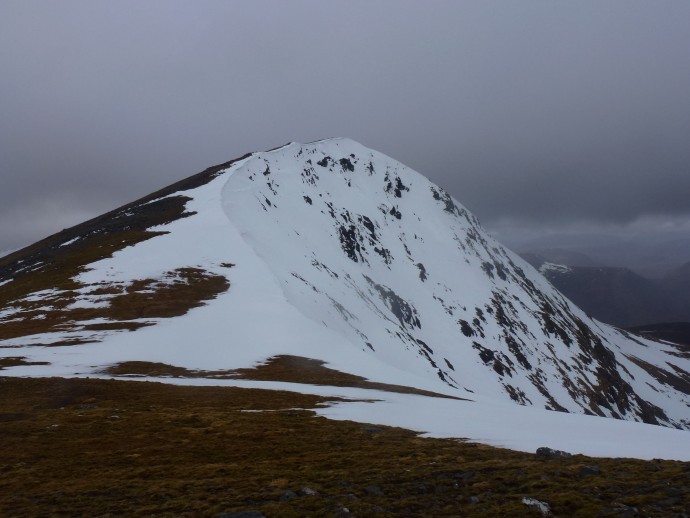 The final pull up Sgurr Fhuar-thuill 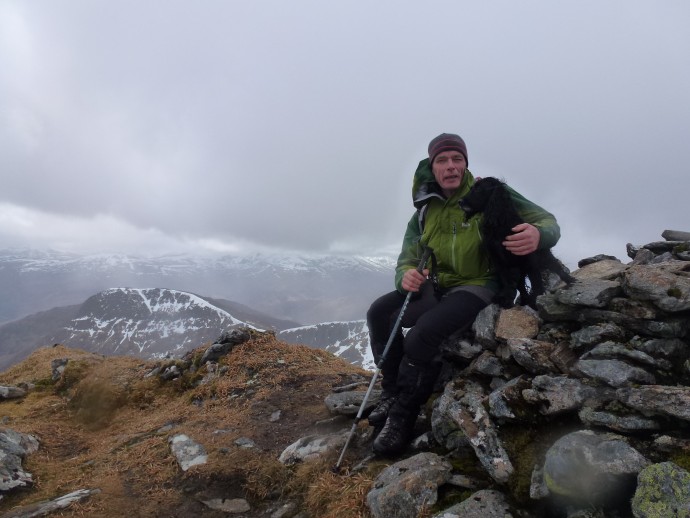 summit shot of me on Sgurr Fhuar-thuill 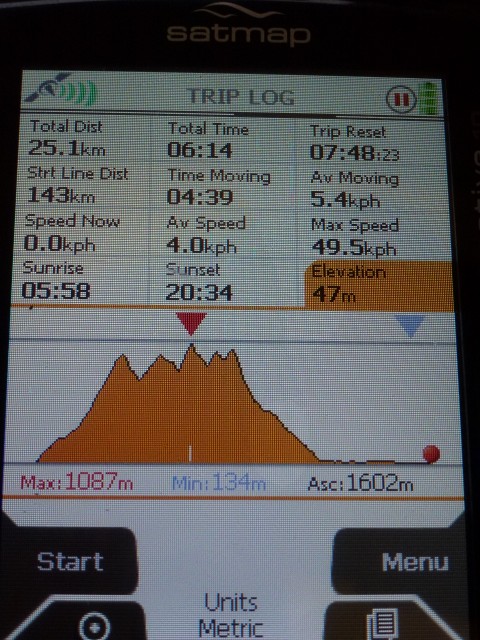 A watery stitch of Sgurr na Muice and Loch toll a` Mhuic from Sgurr Fhuar-thuill.

I met a guy also when i did this walk doing it the opposite way to myself. We met again as i was cycling back to my car and he was walking back to his. It was then we mentioned that we should have swapped keys.

love that ..great story ..good idea on the key swap!

...where else would you swap car keys with complete strangers!.... gotta love the hills ....and nice hill folk!