. I arrived at the car park 2 Km before the Glenshee ski center at 8am. I set of down the short grassy bank from the car park adjusting my walking pole as i went then slipped and slid down the bank in the splits position i thought my walk was over before it had began as i thought id torn my hamstring 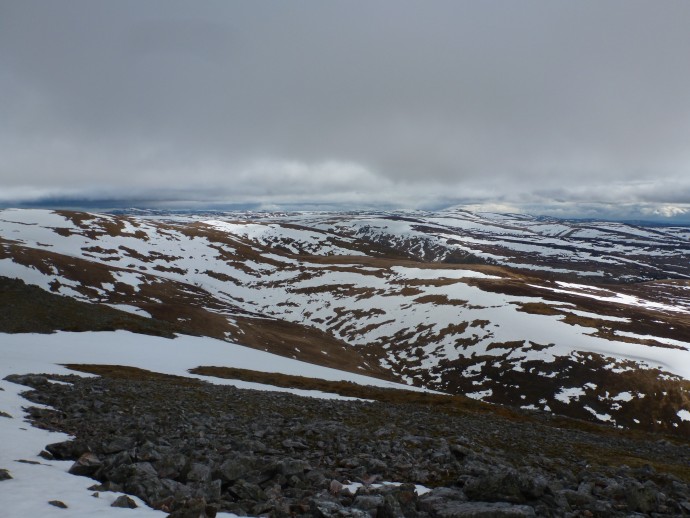 i was surprised how close Carn Aosda was to the summit of Carn Aosda