Weather still dictating little activity, but modest forecast meant a look towards Loch Lomond might be profitable. Ben Vane looked reasonable from a navigational point of view, if forecast held, so off I went hoping to get a decent hike in after the dearth so far this year.
I pretty much followed the WalkHighlands route, parking at Inveruglas Visitor centre - no signs of any parking payment machines.
I enjoyed the walk up the road towards Loch Sloy dam, as the sun shone and A'Chrois cut an impressive figure to the south. Having crossed the bridge, my next task was to make sure I found the track heading onto the hill and thankfully a group of walkers and their dog, led the way, ensuring I didn't walk straight past. This first stretch is certainly mushy, but gradually improves, though the developing track is also quite rough here and there till one hits the steeper slopes of the hill proper.
The route is well defined, but steep much of the way, occassionally requiring a wee scramble here and there, but nothing too exciting. As mentioned, there are a few false dawns before reaching the top. A good spot to shelter.

The last 100m, or so, of ascent were in gradually deepening, slushy, slippy snow making it more interesting clambering up the rocky stuff before it flattens then descends a little. before another tricky wee climb to the top, which caused one of a group of lads I'd caught up with, to decline the last wee challenge. Nearing the top - some other lads led the way. Some fine views of the surrounding Arrochar Alps and other peaks, before heading off the top, for a warm brew. Heading down was uncomplicated, other than a shower of snow, then rain, before clearing again to give some sun on my back, down the road to the car in just under the four hours. A decent enough hike for me, despite not being the higest. 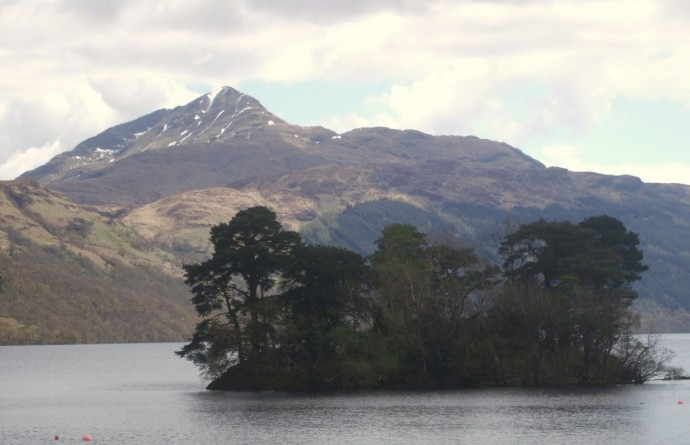 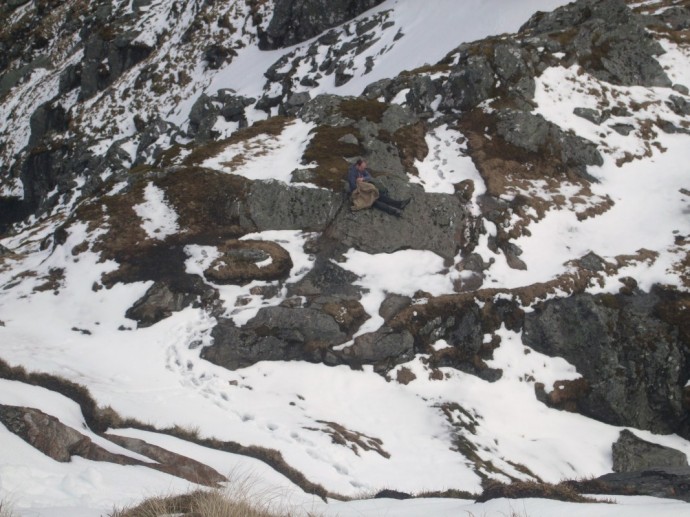 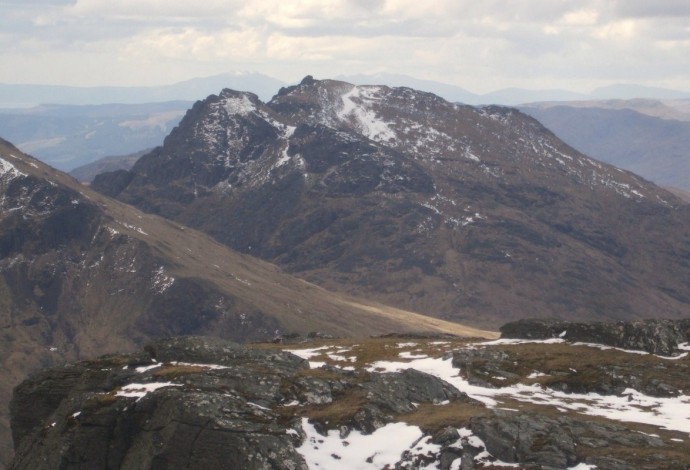 Other chappies at the top. 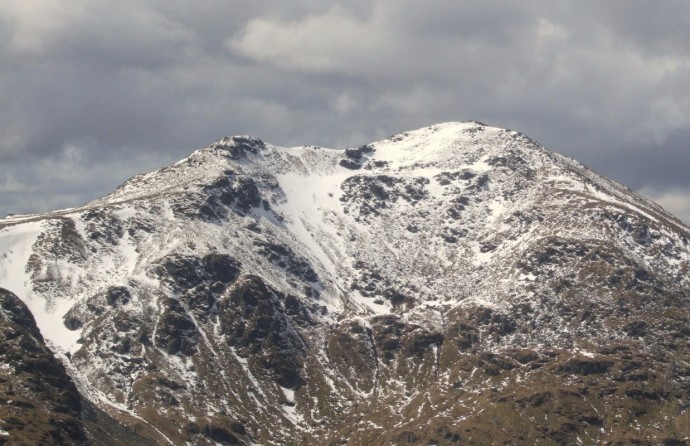 Bealach a'Mhaim and Beinn an Lochan brilliant wee report this, on a magic hill.........love the pics

Yip a nice one to conquer! Steep in places well done....

Thanks, Stuart and Mr Ash. Certainly is a good workout and gives rewarding views!

Nice report and some good pics too. I remember crossing the wee bridge and taking the path too early and climbing up a small hill (mind you it was foggy)

It was only after a half hour and reaching a wee summit I realised this cant be the top already, can it ??? I looked over to my left as the cloud lifted to see this huge mountain before me and realised I was on the wrong hil !!

So well done Jimbo and thanks for the nice pics too.