It was torture. I sat in the office, turned away from my screen and glanced over to the window. Still sunny. It had been sun, blue skies and clear hills for a week. A week. In Scotland, that could be the whole summer right there.  I'd spent that time up to my ears in annual reviews, global projects and operational statistics. In my mind everyone else in Scotland was outside skipping over the sun-kissed mountains, like a pale and ginger version of the von Trapps. Something had to be done. 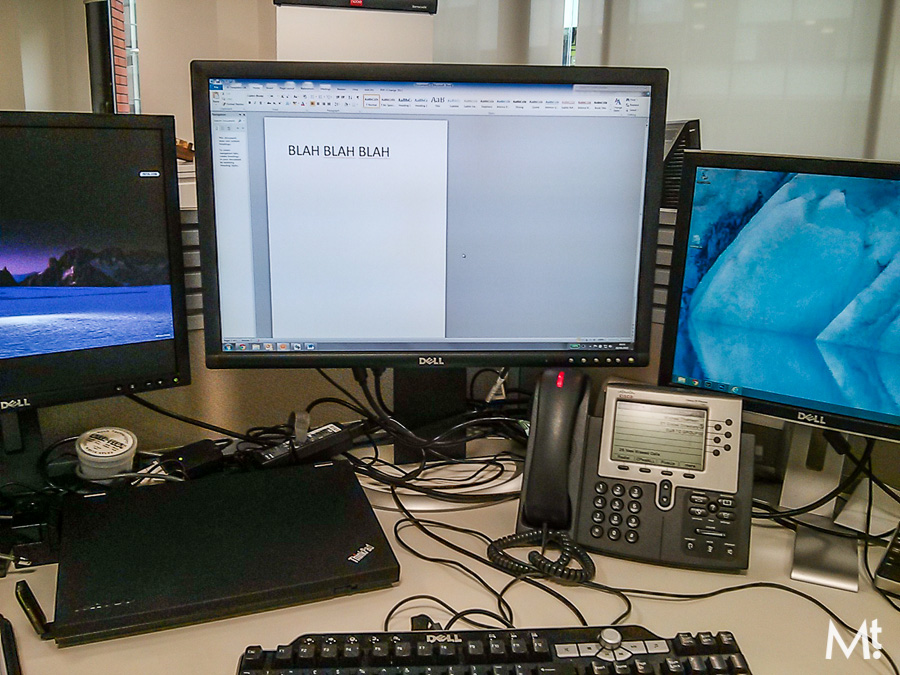 Time as usual, was in short supply. It was Friday afternoon. There was a parents day planned for the girls' dancing lessons at 9am on Saturday morning, so an overnighter was off the cards. Probably.

I bunked off work at 5 and made my way across Glasgow to catch my train. I'm not a huge fan of cities at the best of times, but warm weather brings out even more reasons to run away. The obligatory shirtless wonders, strolling the streets with their milky malnourished torsos on display are always entertaining. I passed a pub that had tables outside; people drinking in the sun trying to be all very cosmopolitan. The belch of diesel fumes from the passing buses reduced the romance somewhat.

As usual, the train was like a sauna and unusually it was populated by hordes of screeching teenage girls. The conductor opened the windows and I spent the journey home being deafened and pelted with flies. Joy.

By the time the girls were bedded and I was fed and the jobs were done it was nearly 8. I turned in at the Rest and Be Thankful at a little after 9, parked at the foot of Ben Donich and threw some random kit into a bag. I did some quick calculations: sunset was around 10 and I'd take around 90 mins to top out with a day bag. I had overnight kit, so add on 20 mins or so. There was no way I'd be up top for sunset, so no need to rush. That was some pressure removed straight away.  I seem to be all podcast-y at the moment, so rather than the usual musical accompaniment I wandered up the hill in the company of  some Wittertainment (hello to Jason Isaacs) 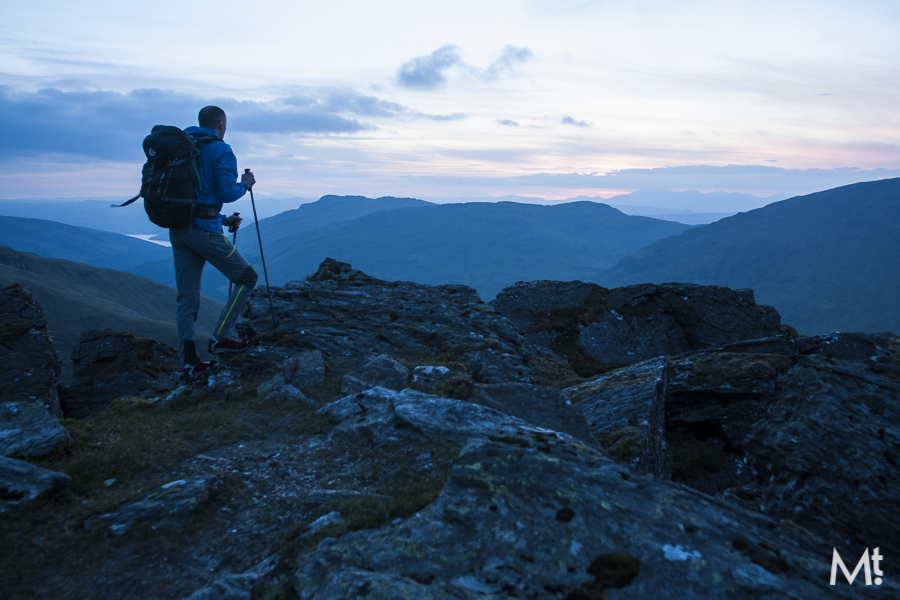 It had been a long time since I'd been up this way and I'd forgotten about the big rocky gash on the ridge. It's like a giant took a swing at the mountain with a sword and carved a great wound in the hillside. Massive blocks of schist carved off and jumbled to make a maze of crevasses and caves. Ben Donich may be small, but it makes up for it with character. There's an abundance of howffs, and I made a mental note to come back for a night under rock instead of nylon. 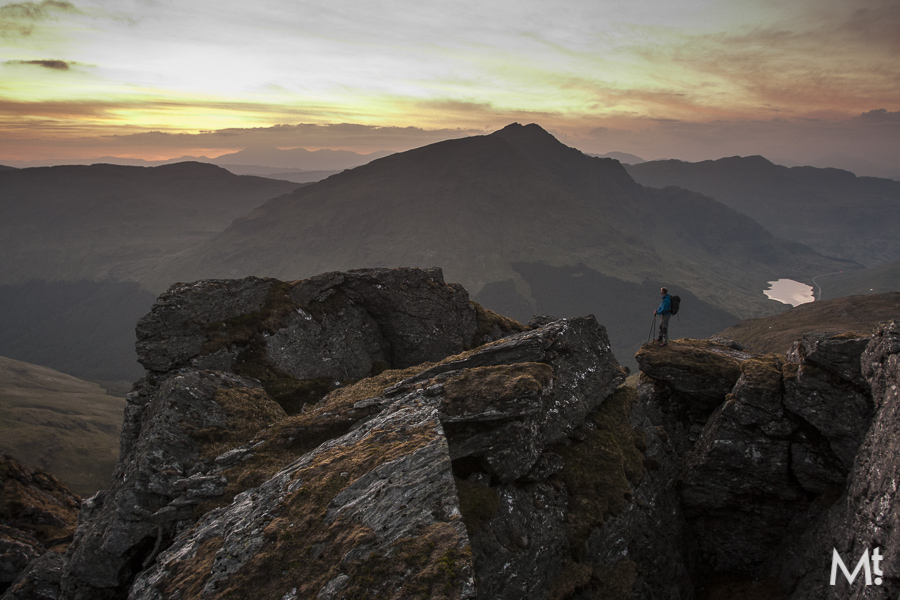 There was a big last flash of orange and then the light slowly faded as I wandered around and investigated. Being in no rush has it's advantages. 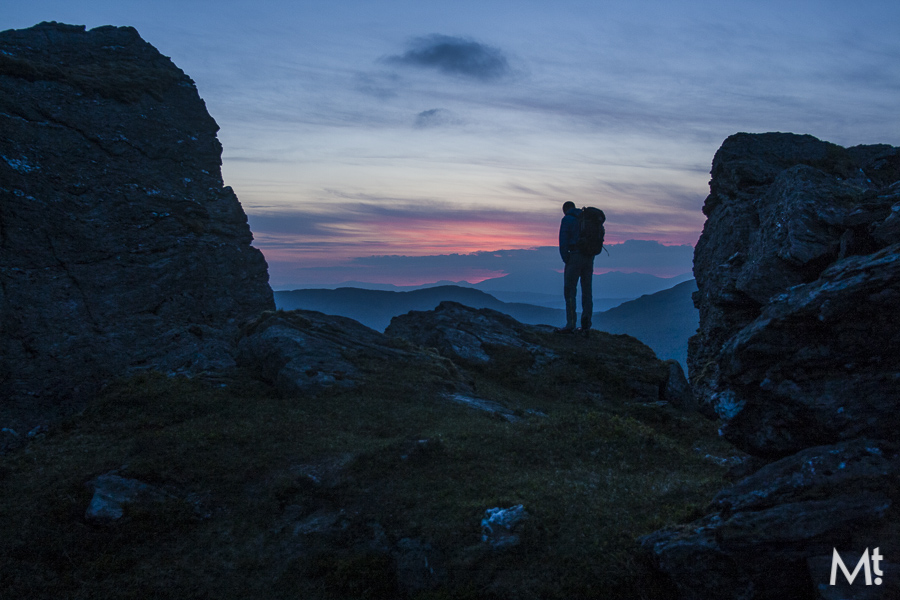 I daundered ever on at a leisurely pace and eventually reached the top. Time to stick the tent up and get the kettle on. 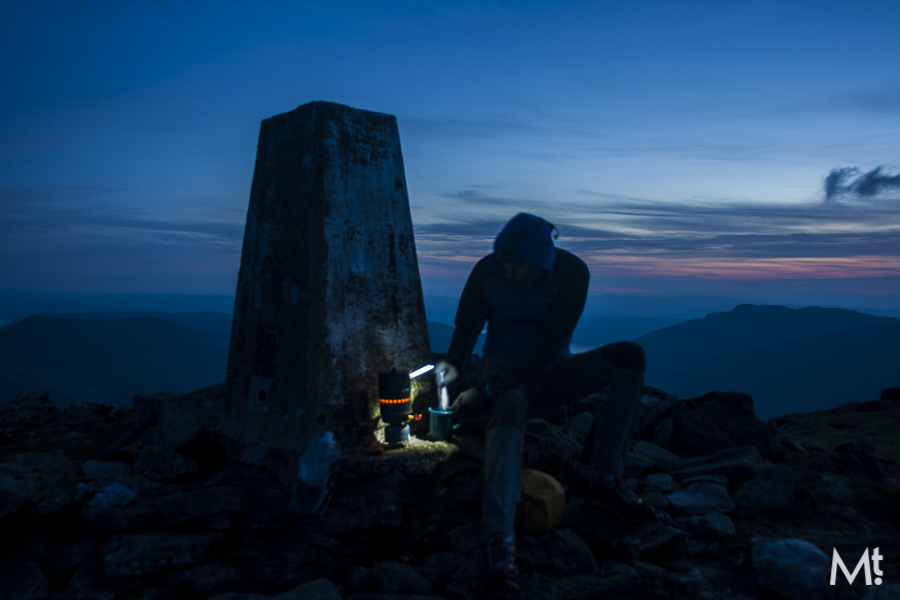 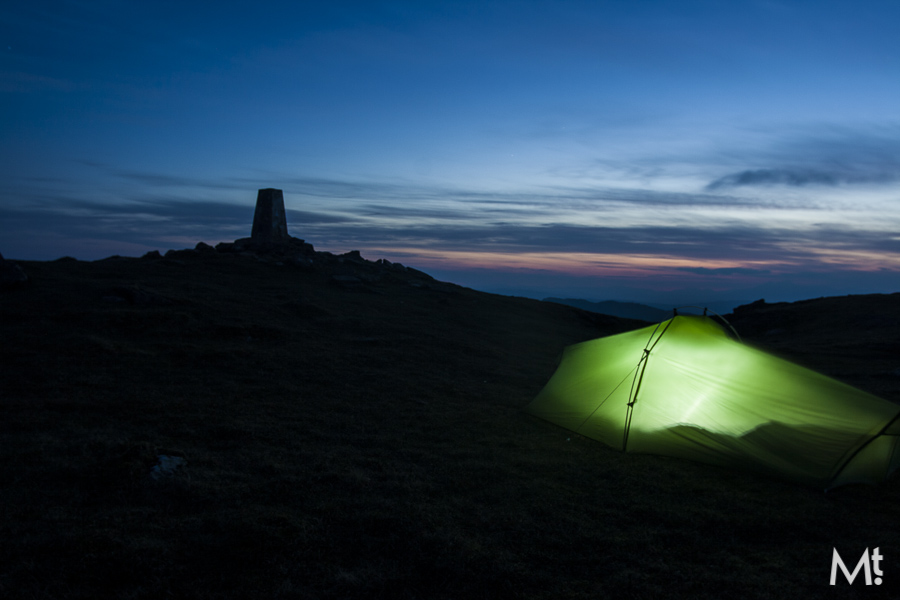 I sat and drank and watched the twinkly lights of Glasgow. It looked a lot better from up here than it had that afternoon.

I crashed out around midnight, with the light in the west still bright. Land of the midnight sun indeed. The sunrise alarm went off at quarter past four. Urgh. Spring and Autumn camping is much more civilised. I poked a bleary eye through a gap in the zip and suddenly wasn't tired anymore. 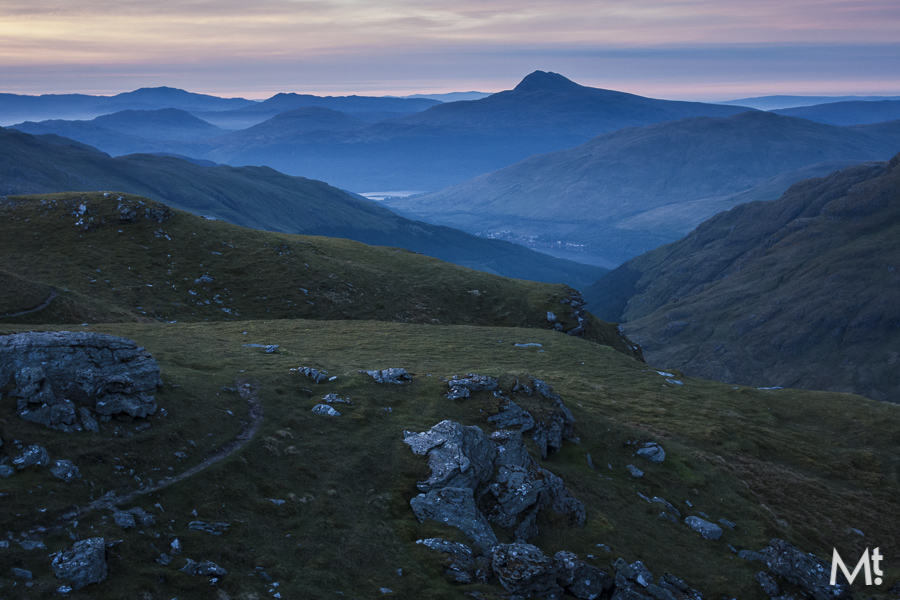 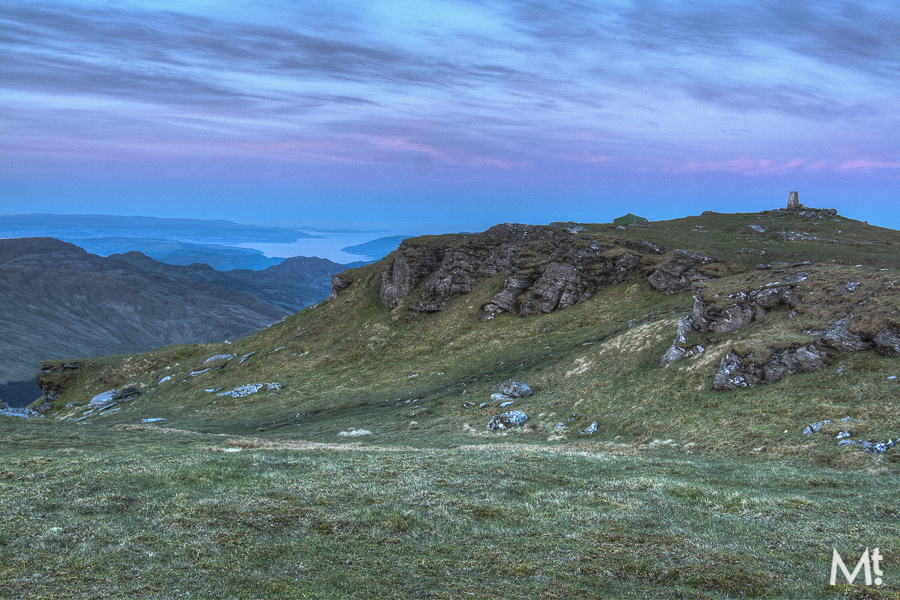 I got the porridge and coffee on just as the sun poked up over the most famous of the Arrochar hills. 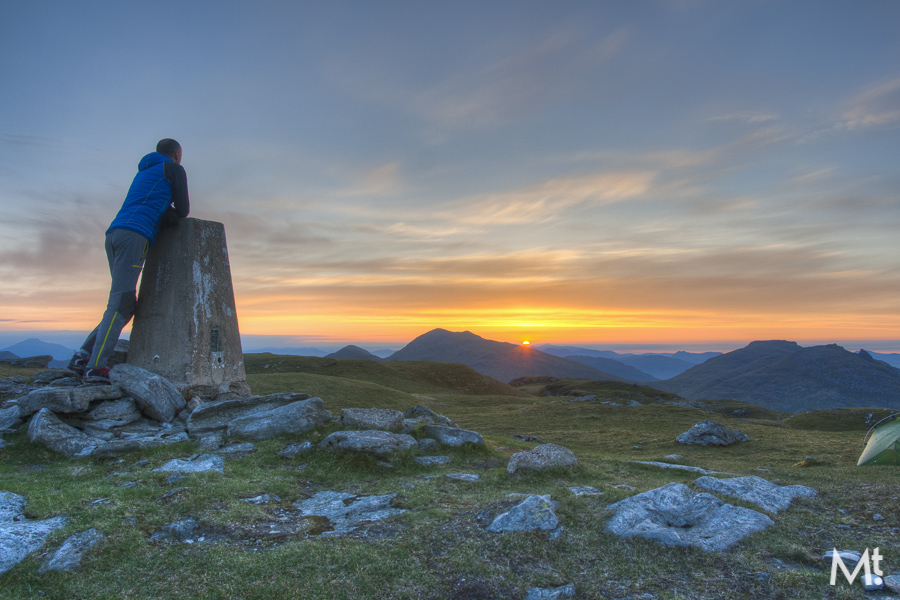 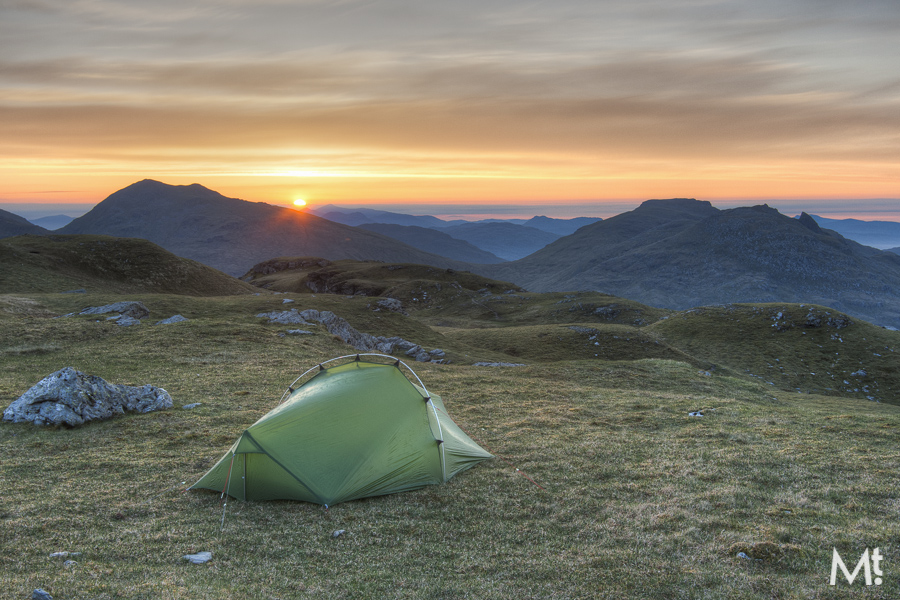 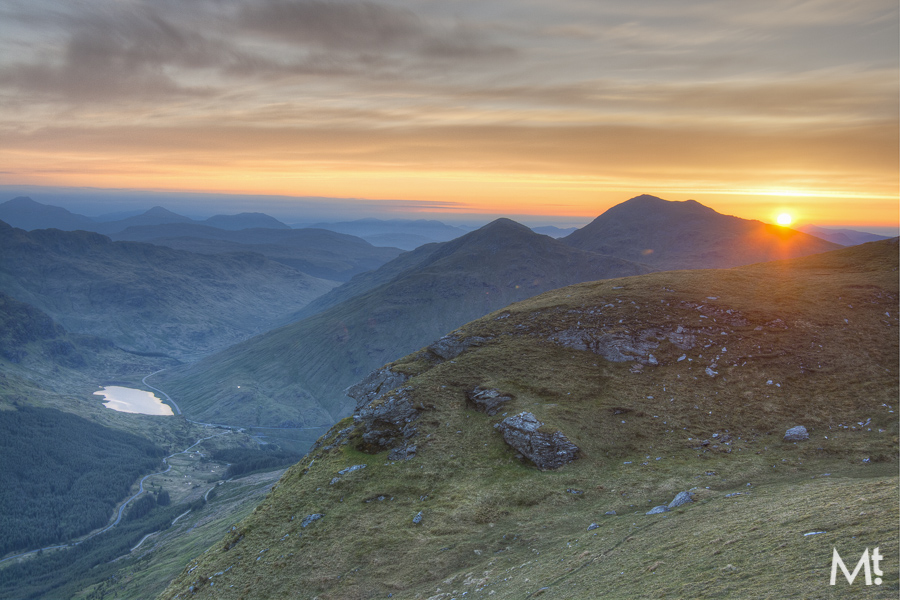 I had places to be so I packed up and headed on down. I couldn't help but stop at the rocky step on the way down to try to capture the full scale of these wonderful hills and mountains. You could spend years exploring and adventuring around here and never be bored.

A few hours and two breakfasts later I was in a hall watching a bunch of 4 year olds in tutus leaping about with big grins on their faces.

Everything looks better when you're on higher ground. Sometimes,  you just need a little elevation.

That was a fantastic effort, and back in time for the ballet morning. Double Brownie points for that!
I love your first picture!

Thanks MrsS, you're very kind.

Brownie points are to get me a pass for further adventuring, so their collection should not be undervalued!

Thats the way to do it