despite varying weather reports i decided a trip to Glencoe for a night in the clachaig and to do the Bauchaille Etive Mor qwhich id wanted to do since first setting eyes on it a couple of years ago as the wife was off work on the Sunday she wanted to see why the clachaig was my fav pub,so after a good night and bad morning

the clachaig has a new fan club member, we then drove to the top of the Glen from the car park i headed into Coire na Tulaich on the west side of the burn. The view back down the coire Stob na Doire from the bealach from here i headed east and the summit is soon reached yours truley on the summit My mate Charlie enjoying the views 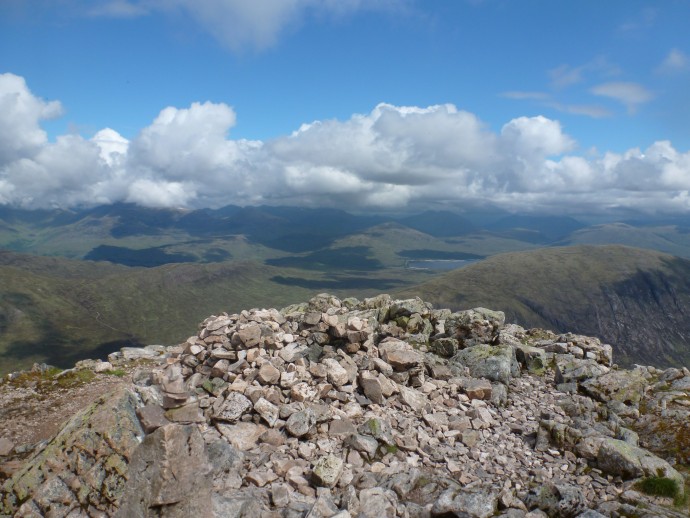 note to self take car keys with me next time